Carl-Viggo Hølmebakk was born in Horten, Norway in 1958. Studied at the Oslo School of Architecture 1978-84 and at the Cooper Union, New York 1984-85. Worked at the architectural office of the Norwegian State Railways 1986-88. He has taught at the Oslo School of Architecture and at the Rhode Island School of Design, and lectured at other schools of architecture. He has maintained a private practice in Oslo since 1992. Hølmebakk was nominated for Mies van der Rohe Pavillion Award in 1996, 2000 and 2009 and has received several Norwegian architecture prizes. His recent work includes "Branntomta" commercial and residential buildings in the centre of Trondheim (as part of Team3, with Arne Henriksen and Jensen & Skodvin), Visitors Centre at "Bjerkebæk" museum in Lillehammer and Sohlbergplassen Viewpoint in the Rondane Mountain.
http://www.holmebakk.no/ 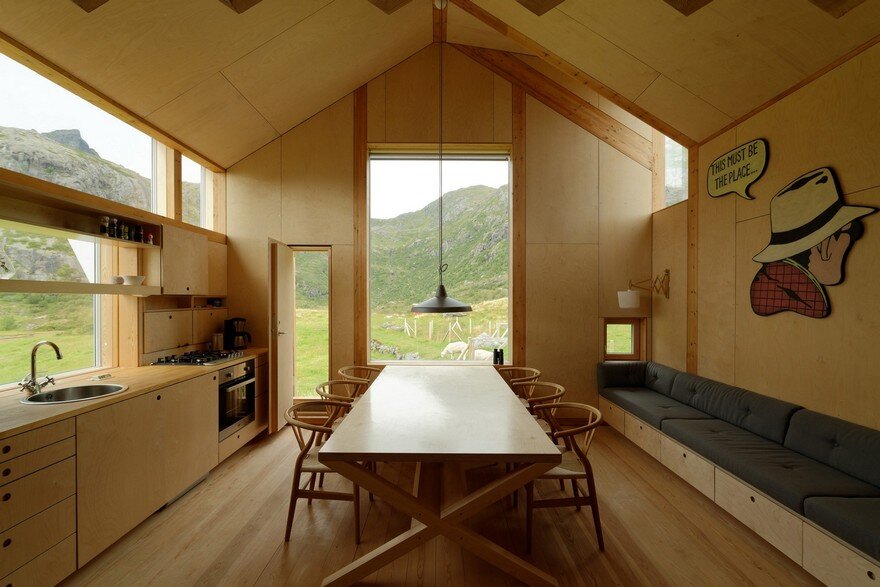 This project for a summer retreat is an addition to, and rehabilitation of an old “Nordlandshus” (traditional northern Norwegian house) on a remote site in the coastal island area of Lofoten.