Pavol Mikolajcak was born 1981 in Levoca, Slovakia. Studied architecture at Vienna University of Technology with graduation thesis “Museum der Zeitgeschichte in Bratislava” in 2007. In the years 2003 – 2009 working at the studio Architekt Christoph Mayr Fingerle, Bolzano with the focus on architectural competitions. 2009 – 2012 with Architekt Walter Pichler, Bolzano. Since 2012 member of Kammer der Architekten der Autonomen Provinz Bozen, working as Freelance Architect in Bolzano.
http://www.mikolajcak.com/ 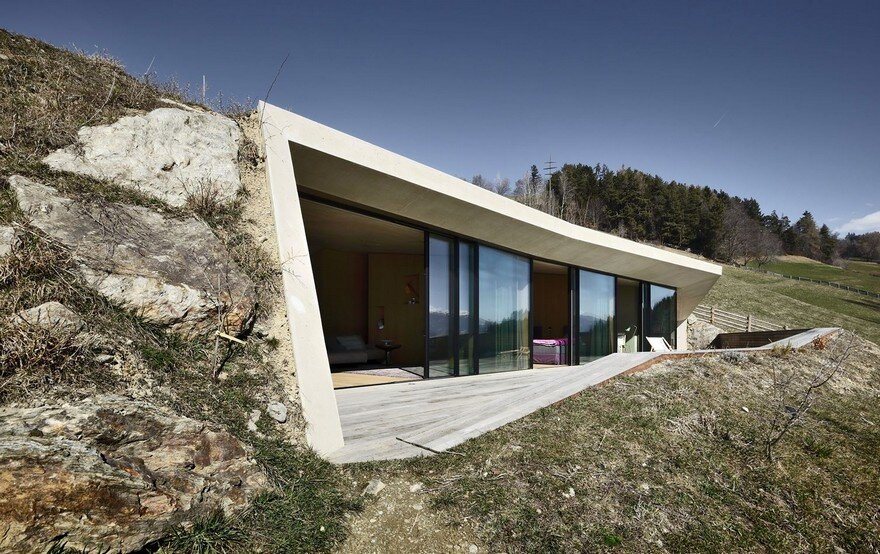 The young owner who bought the Felderhof farmstead was conscious of its unique nature from the very beginning. The ensemble, consisting of two uniform structures, was built slightly offset and in accordance with the hillside profile.