Andramatin is known for clean, modern creations that attempts to use space in a way that reflects and is sensitive to its environment. Upon inspection, these simple, straightforward buildings represent interplay of internal and external boundaries with a certain underlying tension and dynamism. Established in 1998, Andramatin’s works, ranging from residential, hospitality, office, museum, park, commercial and exhibition, have also appeared in international media including in several editions of MARK magazine and Japanese architecture magazine, GA Houses.

Isandra Matin Ahmad, the principal, is one of the founders of Arsitek Muda Indonesia (Young Architects of Indonesia, AMI), which has greatly influenced the progress of architecture in Indonesia. Often assigned as guest lecturer in Indonesia and abroad, he has won numerous awards including the Association of Indonesian Architects (Ikatan Arsitektur Indonesia, IAI), in 1999 and 2002, 2006 and 2011. Inspired by great love of travel, contemporary jazz and art house films, Andramatin continues to search out experiences to influence and develop their ideas further. 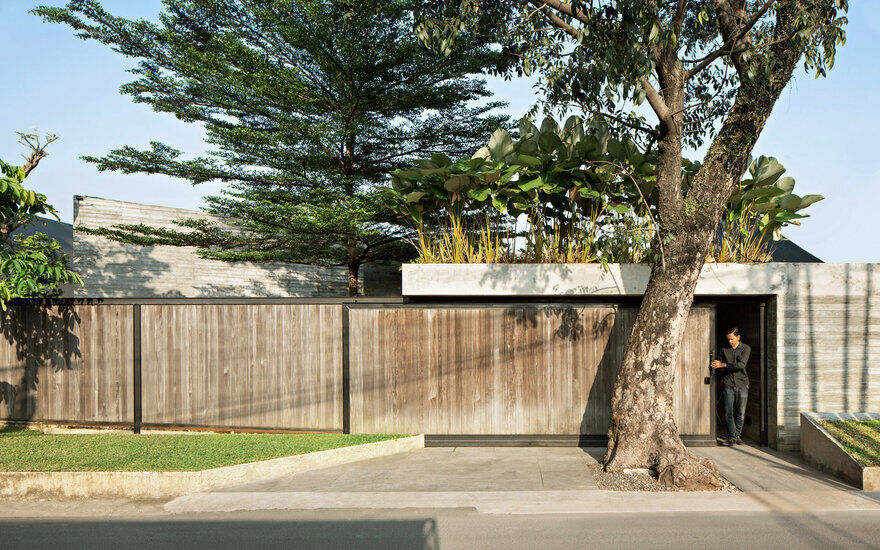 IT Residence by Andramatin is a one-story house serving the function as a weekend villa. The house is located in a suburban area in Bogor, formed as a calm, quite, monolithic expression against the lush surrounding. 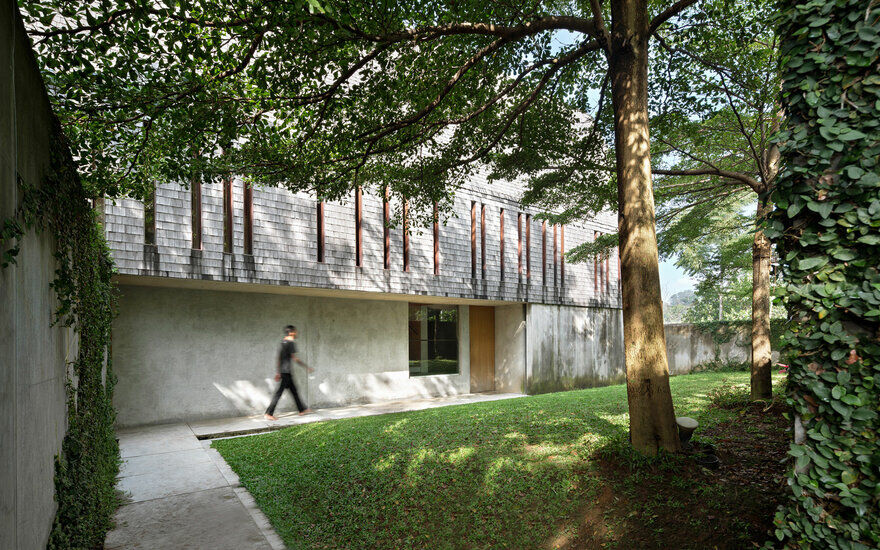 Situated in Bandung’s hillside area, the EH Residence is designed to be a weekend villa for a mother and her children. This 3-bedroom villa is completed with several gathering areas that are connected with one open balcony.