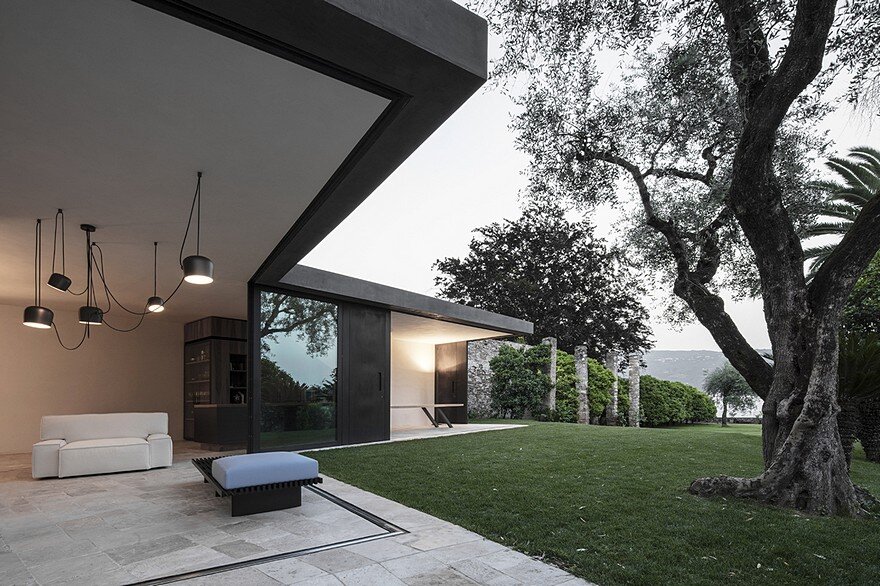 The existing Italian villa, the extension and the garden come together as one. Vertical sliding windows can be moved downward and disappear, transforming intimate into wide open spaces. a canopy becomes a house and then a canopy again.