Blaze Makoid has been practicing architecture and design since graduating from Rhode Island School of Design in 1985. His company Blaze Makoid Architecture, located in Bridgehampton, NY, was established in 2001 and since its inception has created sophisticated, luxury residential architecture in the most sought after locations.

Blaze and the firm have received numerous national and international design awards, including The Long Island AIA Commendation Achievement in Residential Design; The AIA Peconic Honor Award; The Boston Society of Architects’ First Citation; and the Philadelphia AIA Honor Award for Excellence. 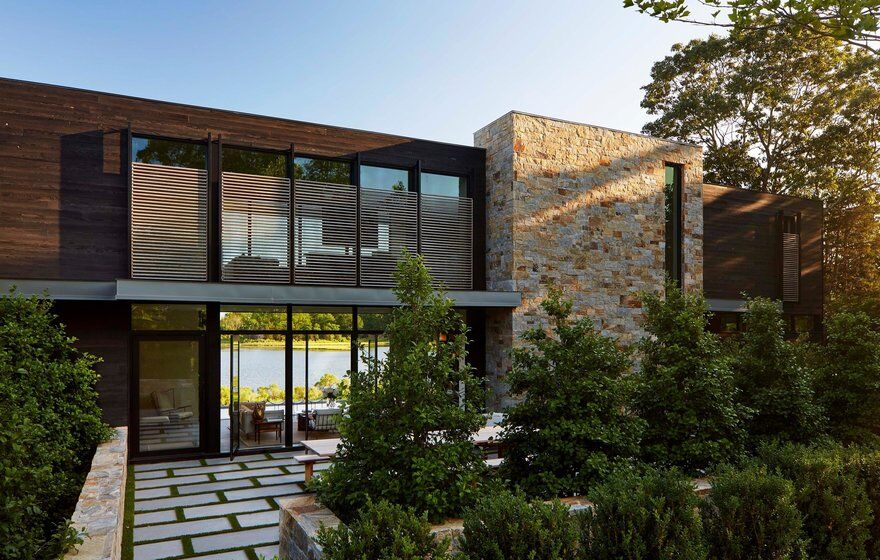 This South Harbor house began with the merging of two, half acre, waterfront lots situated on a small cove in North Haven with sweeping views of Sag Harbor Cove, the village wharf and a small, salt water pond.