Guilherme Machado Vaz was born in Oporto in 1974 and graduated in Architecture at the ‘Faculdade de Arquitectura da Universidade do Porto’ (FAUP) in 1998. Worked as a collaborator with Eduardo Souto de Moura in 1996 and 1997.

He teaches at the architecture course of the ‘Universidade Lusófona do Porto’ and works, as an architect, at the Matosinhos City Hall since the year 2000 where he has designed and built the Custóias Civic Center, the Custóias Football field, the Esplanade in the Garden and others. He’s currently designing the Project of ‘Casa da Arquitectura’ (Architecture museum and reserve).

Simultaneously, as his own office where he has developed architecture projects like the Valley House and other housing projects. Between 2008-2010, worked as a Team Architect for David Chipperfield Architects in the ‘Bom Sucesso, Golf Resort and Spa’ Project in Óbidos.

His work has been shown in several institutions, namely, at the Milano and Venezia Universities of Architecture to celebrate de 80th anniversary of the Italian architecture magazine Casabella – invited by Prof. Francesco dal Co- under the theme: ’Viaggio in Portogallo – 3 Lezioni di Architettura’. He was part of the Jury for the Spanish prize of Iberian architecture FAD in 2008. His work has been distinguished in both Portugal and Spain and published internationally. 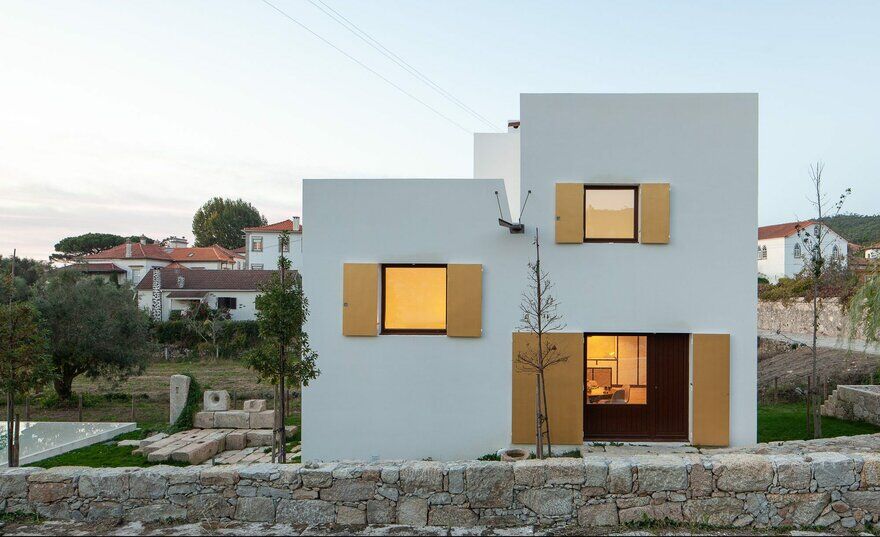 The Afife house is built in the north of Portugal, in a rural settlement that was established at the foot of the hill and expanded towards the plain, which is used as arable land, and extends to the sea.