Lance & Nicola Herbst met whilst studying architecture at the University of Cape Town. After graduating they worked partly together and partly independently on projects in South Africa and immigrated to New Zealand in 1998 and established Herbst Architects in 2000.
One of the couples first projects was their own bach, on Great Barrier Island, for which the received the New Zealand Institute of Architects Award in 2002. The Island is now home to eight of their houses - all off the grid - each designed to have minimal impact on the environment.
For most of the past 15 years, Nicola and Lance have been been asking themselves this: what’s the best way to live in and feel connected to the New Zealand landscape and climate?
http://herbstarchitects.co.nz/ 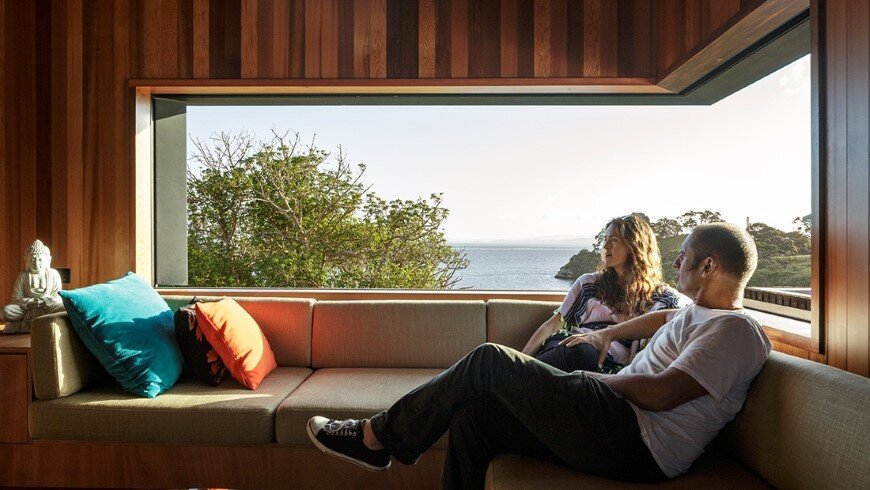 Castle Rock house is designed by Herbst Architects and won the NZIA – Auckland Architecture Award 2015. The house is located on the coast of New Zealand, near Auckland. The architect’s description: 2015 NZIA Jury Citation: “Yet another in a series of exemplary beach houses by this practice, this project has a directness and simplicity that […]