LLAMA Architecture and Urban Design was founded by Mariana Leguía & Angus Laurie in 2010 in Lima, Peru. They both worked for a number of years in London for international design practices before establishing their own studio. LLAMA works in 4 different areas: architectural design, urban projects, as developers for small scale residential or mixed use projects designed in-house, and as an urban research think-tank. Based in Lima, Perú known both for its extreme social inequality and as the most polluted city in Latin America – LLAMA is focussed to contribute, through its work, to improve quality of life and making Lima a more open, democratic and livable city. Inherent in our approach is an idea led design process which emerges from an intensive study of the social, spatial, cultural and economic context and problems facing the site. Our design work is usually the result of ideas that are discussed among a multidisciplinary team.
http://www.llamaurbandesign.com/ 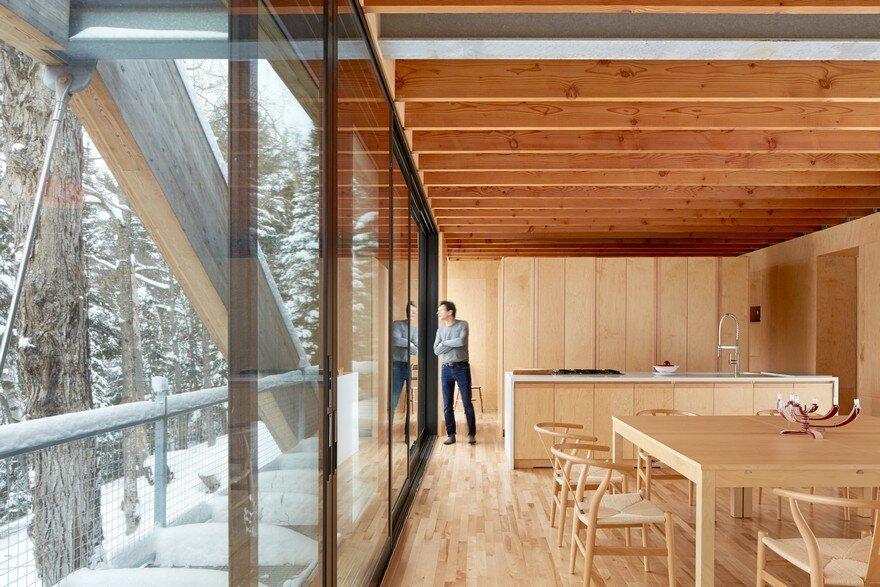 The Puente house is designed and will be built as a piece of furniture, out of cedar, a local material widely used for structural properties and rot resistance. This project was developed from an intensive research and understanding of its site, and directly responds to its placement in the heart of the Great lakes St Lawrence Forest.