Projects explore relations between sites, material properties and cultural narratives at various scales. They are articulated in buildings, models, experiments and writings.
The work of Lydia Xynogala has been exhibited widely, notably at Storefront for Art and Architecture and the Architecture League of New York. She has presented her research at the Museum of Modern Art, Van Alen Institute, Society of Architectural Historians, Chemical Heritage Foundation, History of Science Society. Recent publications include Domus, Wallpaper, AD, Kerb Journal among others. She has taught design studios and seminars at Columbia University, The Cooper Union, Rensselaer Polytechnic Institute and the City College of New York.
For her practice she was awarded a Fellowship from the New York Foundation for the Arts in 2016. Lydia Xynogala holds a Masters degree from Princeton University where she received a Stanley Seeger Fellowship, a BArch from the Cooper Union where she was awarded the Irma Weiss Prize for exceptional creative potential, the George Leslie Design Prize and the Humanities Prize, and a BSc from the Bartlett, UCL.
http://www.lydiaxynogala.com/ 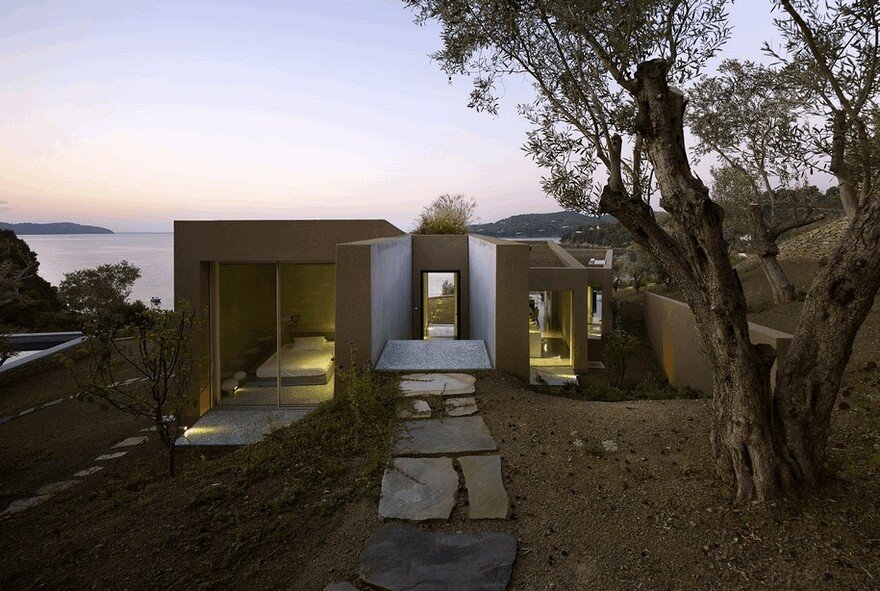 Situated on a sloping triangular site facing the sea, this Greek vacation home is conceived as a series of parallel adjoining rooms. They are created by retaining walls, a common feature in the Mediterranean landscape.