Natalia Geci is an Argentinian architect and designer.
Having previously worked in interior design and as a set designer for film and TV, Natalia Geci moved to Paris in 2000 to study Product Design at the ENSAD (École Nationale des Arts Décoratifs).
She continued to work as a set and interior designer between Buenos Aires, Paris and London, launching her own furniture brand in 2013.
Geci’s nomadic lifestyle has led to her furniture design exploring the changing notions of home resulting in products that are light, flexible and customisable, made to last and working in any given space. 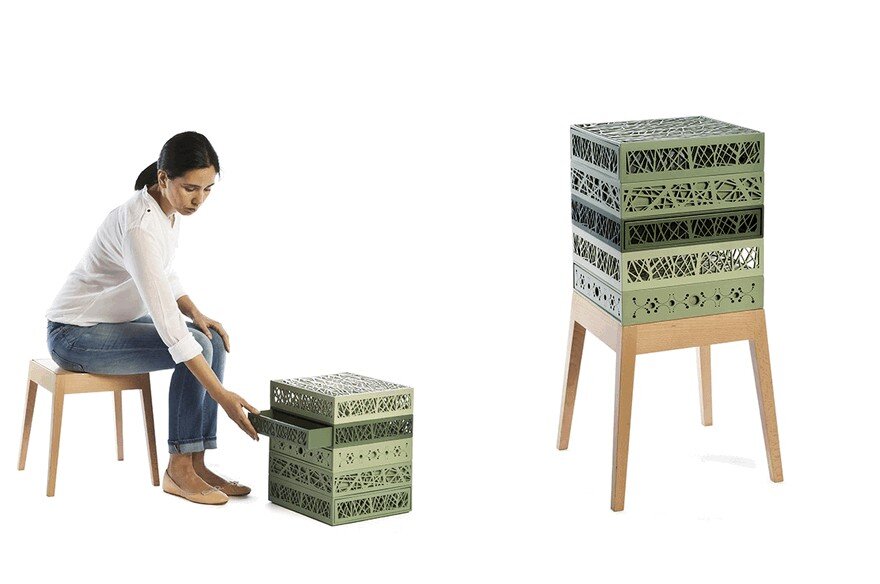 Stool & boxes collection is the ultimate furniture project created by Argentinean designer Natalia Geci. The wooden base comes in ash, oak or cherry. A groove carved on the top allow objects to be stacked onto it.