Born in 1977 in Sardinia, Moreno Castellano is a multidisciplinary artist based in Mindelo, Cabo Verde. Between the island were he spent his childhood and the island were he chose to live, he experienced many different cities and cultures, always looking for anything able to conjugate human work and nature in a sustainable equilibrium.
His artwork, as his architecture, is entirely focused on exploring potentialities of several materials, using mixed media to shape at the same time matters and landscapes. In his subjects he explores social changes with sharpness and Irony.

Born in 1976 in the Island of Santo Antão, Cabo Verde, graduated from University of Coimbra in 2002. Eloisa Ramos has lived and worked in 3 different continent before decide to open an architectural studio in Mindelo, Cabo Verde in 2004. Since then she has worked in different scale projects following the entire process of creation, from conception to building. Her approach to architecture is direct, clear and simple.
https://www.ramoscastellano.com/ 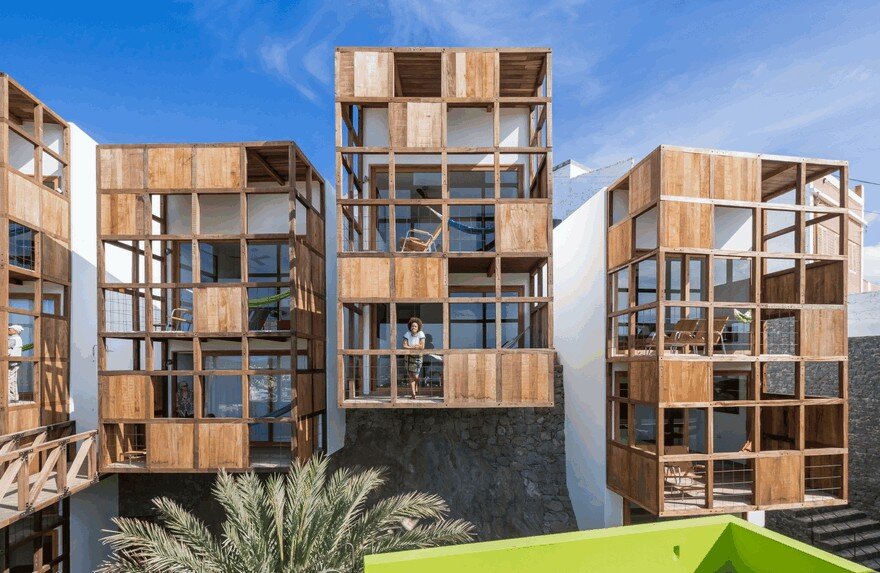 In the middle of the atlantic ocean, in the island of Sao Vicente, in a dry windy island where only rain in august. A France trekking guide decide to build his own hotel for the incoming tourist that want to go trekking in the nearest mountain island of Santo Antao.