As a practice we draw inspiration and references from areas as wide as possible. Ignoring our five thousand year old history, in our opinion, is responsible for generating abstract and superficial buildings.

We believe each project presents an opportunity to explore aspects of phenomenology and the challenge of bestowing specificity.  Avoiding tendencies for preconceived solutions which in turn is formulaic in design approach and which prevents rigorous research, exploration and uncovering of abstruse forces inherent in every site.  Once these hidden forces are discovered and the design direction becomes clear, only then can the architecture have the potential to achieve a meaningful presence.  Our object is to create an architecture that is evocative, attempts a sense of place and beauty, satisfies the human need for textural and tactile expressions, calms or stimulates the senses with light and shade, space and materiality, whilst reducing complexity to achieve clarity and simplicity thus emphasising the ephemeral elements that good architecture can generate.

Finally, whilst this may appear to be presumptuous, we believe in the power of architecture in which we can take shelter, purify the mind, find peace and emerge enlightened and strengthened by the experience.

Renato D'Ettorre
Born in Italy, moved to Australia with his family in the 1960's, studied architecture at the University of Technology, Sydney.

In 1984 Renato lived in Sardinia investigating many architectural sites around the mediterranean islands.  He later worked for Pier Luigi Nervi and Paolo Portoghesi in Roma and Harry Seidler and Romaldo Giurgola in Sydney.

Renato started a sole practice in 1990 after a commission for a house in South Coogee. The house, with a magnificent site by the sea, inspired Renato to take the opportunity to forge a personal path within the plurality of the modern architectural milieu.

The personal path chosen has manifested itself not only in his design values, but also in the practice of his architecture; an intuitive way of working in which projects are allowed to develop in their own good time through continual revision and modification, working through the endless design possibilities in architecture.

Renato's architecture draws inspiration from past masters and civilizations, attempting to represent the present with a desire to leave enduring buildings for the future. 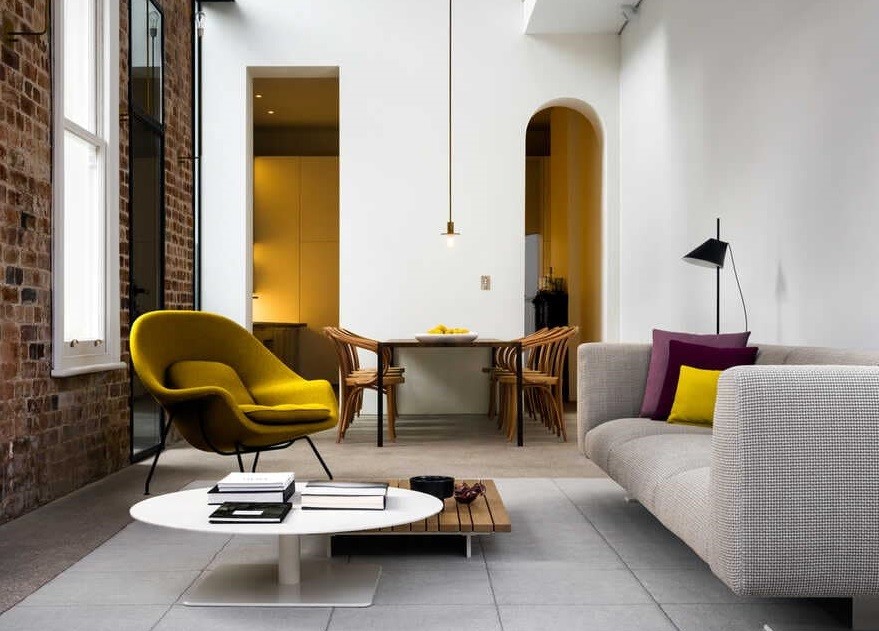 This project involved the restoration and modification of a heritage-listed three storey Italianate-style c1890’s terrace house and 1860’s sandstone stable in inner Sydney.