Robin Falck is a designer born in Helsinki. His curiosity has led him to develop a job that evolves by his constant learning and mastery of new skills. In his opinion, design is a behavior, it is a second nature. Robin is called a craftsman, and you can usually find him in his studio with a tool in his hand, working on another prototype.

His approach to design is tactile, simple and strives to tidy things up as elegantly as possible. He strives to take away and simplifying the unnecessary rather than adding new problems. His love for products and equipment that lasts is one of his major driving factors. Robin pushes himself to make his designs as timeless and sustainable as possible.

Whether it’s art direction, product design or graphic design, the core values of his creative process remains the same – dedication, quality consciousness and a commitment to deliver. Robin spends a lot time studying the problem or subject to end up with a more refined and better result. 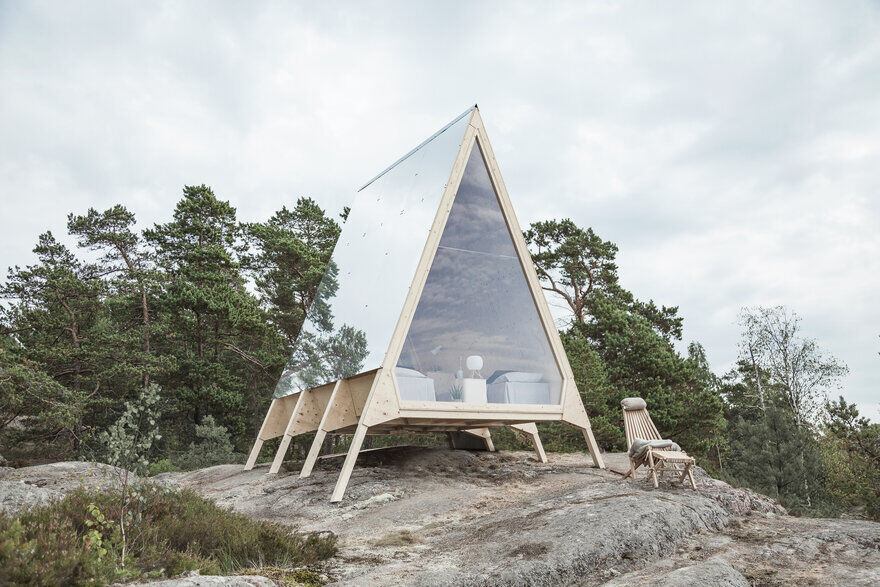 The Nolla cabin has been designed by Finnish designer Robin Falck, whose earlier design, Nido cabin, has been globally acknowledged.

Designed and built by 20-year old Robin Falck (now 27 years old industrial designer). Designed it prior to his military service in 2010 and built it during the summer of 2011 just before his military service. Took him two and a half weeks to finish it. It located in the beautiful Finnish archipelago of Sipoo. […]