Studio Toggle was established in 2011 by Hend Almatrouk and Gijo Paul George, both graduates of the Universität für Angewandte Kunst, Vienna. The studio focus on logical design and problem solving techniques with specific emphasis in Architecture and Urban design. Studio Toggle believes in employing scientific research and computational methods to tackle specific form/space finding and environmental challenges.
Our scope of expertise ranges from public, commercial, residential and hospitality architecture and interiors to product, graphic design and branding.
http://studiotoggle.com/ 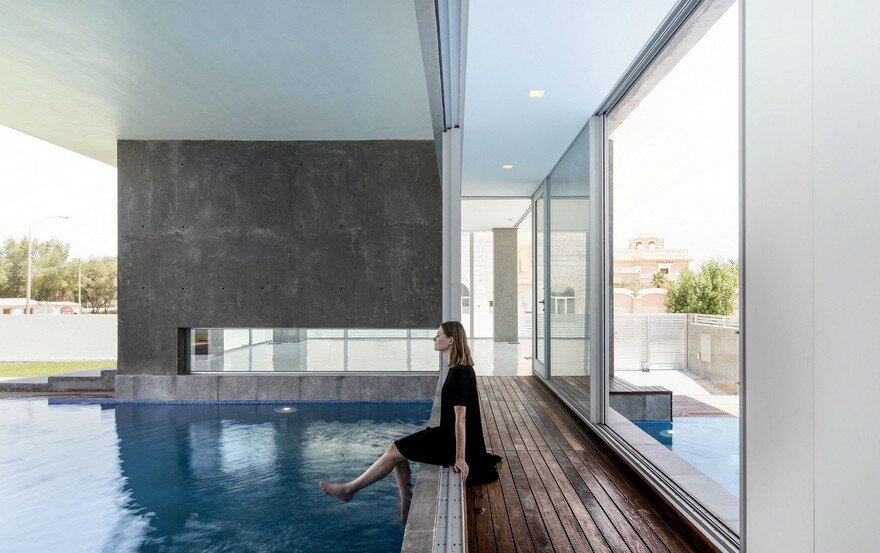 This elegant minimalist house can be described as a minimal composition of 2 seemingly floating masses intersecting at right angles. A 5m cantilever adds drama and gives the composition its unique character. 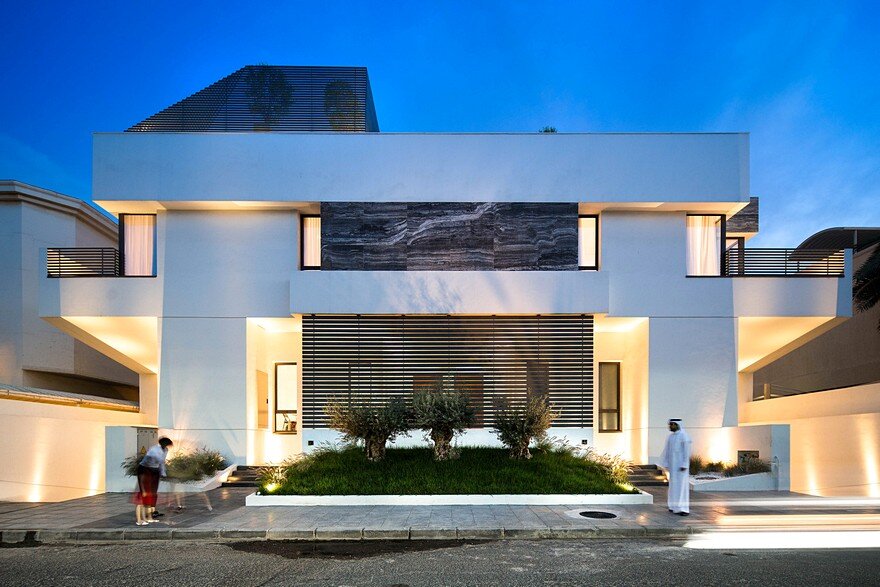 The Yarmouk house is contemporary home to two brothers and their families. The house is located in Kuwait City. The volume is divided in the center of the plot into two identical units housing the independent quarters of each of the two families.