Edward Riddell has been making pictures for more than 50 years. He started as editor of his high school yearbook where he learned how to work in a darkroom, process film and make B&W prints.
Later, he became head photographer of the Stanford yearbook and became obsessed with Ansel Adams and the incredible landscape photographs that he was making. Ed then started making photographs with a large-format view camera and learning the zone system approach to making exposures and printing. In 1976 Ed moved to Jackson Hole, Wyoming, where he met and married his wife, Lee. Ed and Lee still live in Jackson Hole. Ed has spent a lifetime making landscape photographs of the dramatic landscapes in Grand Teton and Yellowstone National Parks. Ed just published the second edition of his book of black and white photographs of northwestern Wyoming called The Range of Memory. He will begin work on a book of color images of Yellowstone this coming winter.
Edward Riddell is currently working on a new project featuring the landscapes, people and architecture of Tuscany,
LOCATION: Jackson Hole, Wyoming, United States
LEARN MORE: http://www.edwardriddell.com/ 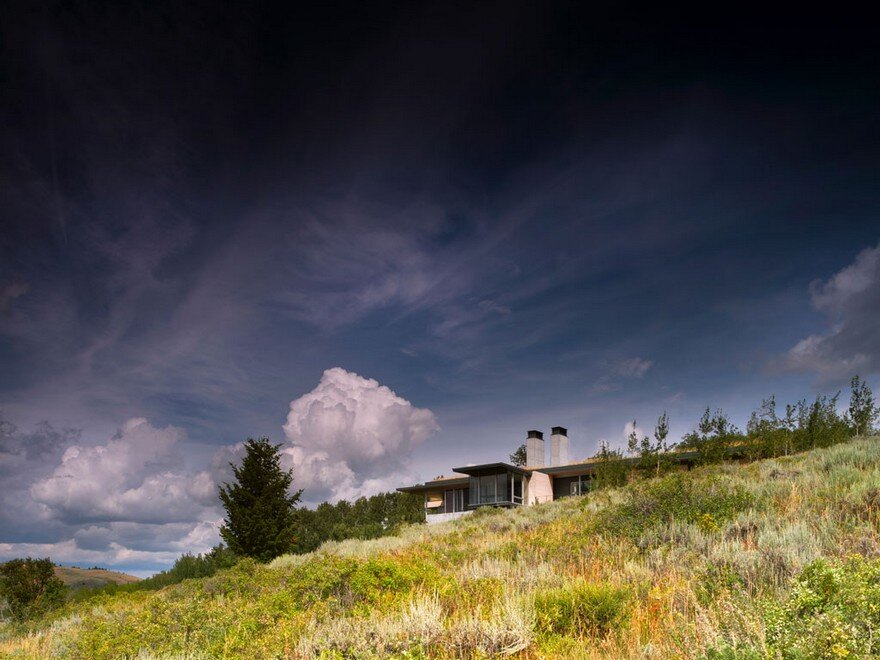 Located on the western edge of Gros Ventre Butte, the sloping site for this residence offers extraordinary views of the Snake River Valley and the Teton Mountain Range. The program of this contemporary rural retreat is experienced as a series of linear bars that parallel the valley.