Vangelis Paterakis was born and brought up in Piraeus, Greece. From the very beginning of his professional path he became a close collaborator of big advertising companies, editorial houses and magazines.

At an early date his photographs began getting published in numerous Greek magazines, including several covers. On the international front his work also began appearing in various printouts abroad such as the Wallpaper, the Architectural Digest, the Andrew Martin-Interior Design Review, Taschen, J.J magazine and many others. 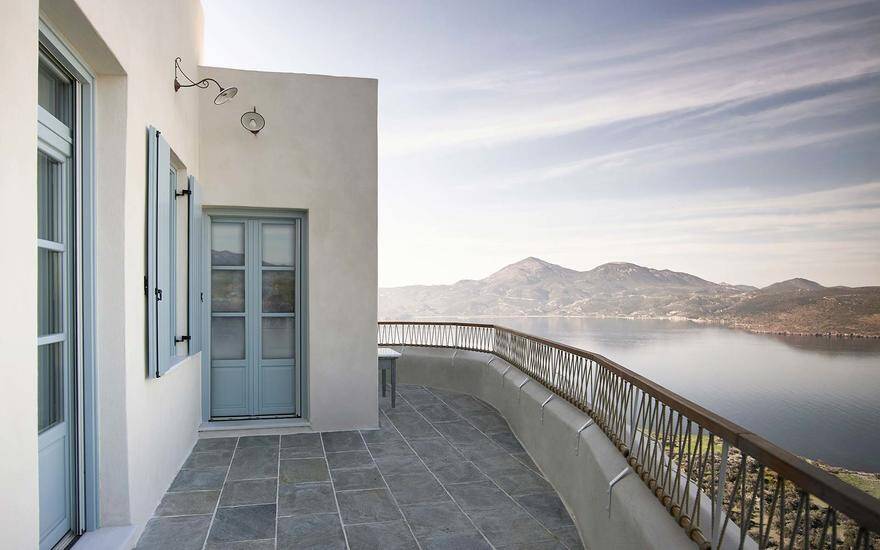 Perched on the cliff edge in Plaka, the main town on the island of Milos, this old Greek stone house has been carefully restored to provide a London-based family with an authentically traditional yet practical summer retreat.