We have known each other quite a long time. Our first collaboration as  Atelier 111 Architekti dates back to our studies at Faculty of Architecture of Czech Technical University in Prague. Our first success, a special prize in an open architectural competition for treatment of urban space in the city of Tábor in 2002, gave us passion and motivation for further projects. In following years our studio began to expand. Through cooperation with experienced colleagues, we enriched our professional skills. Aside from architectural design of residential, public and industrial buildings, we have been focused on projects of biogas plants since 2006. In 2010 we founded the Johann Hochreiter company which soon became one of the most important suppliers of biogas plants in the Czech republic. We were greatly enriched from our experiences gained during construction management of technologically complex power plants, as well as in the implementation of our other projects. We offer our services in the field of project design and related administrative activities, assistance in tender for contractors, cooperation and supervision in implementation of construction.
http://www.atelier111.cz/ 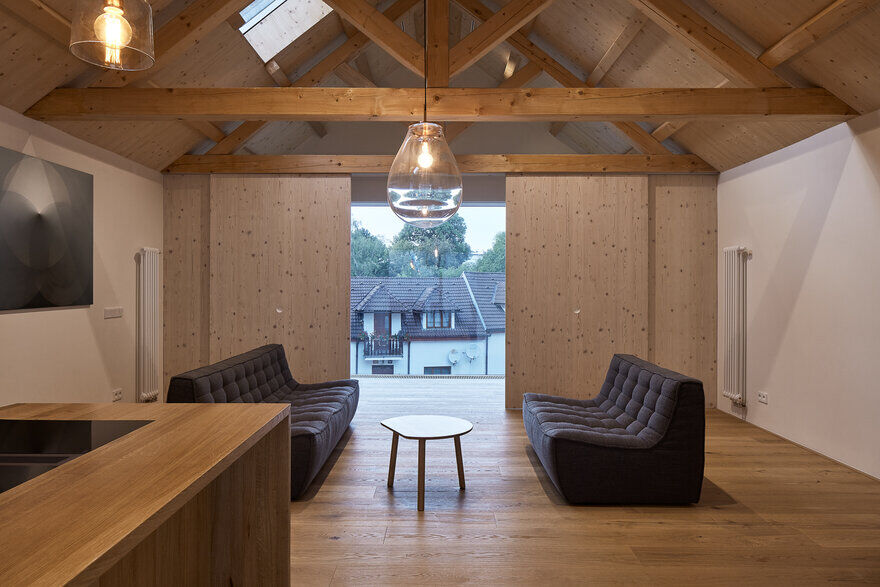 A narrow street, where the sleepy character of old Jinonice is still preserved, broadens out to create a tiny square with a well. It was dominated by an abandoned house, formed by gradual addition of masses, some of which overtopped the original one.

The floor plan of the house can be described as a letter T inscribed into an irregular quadrangle with one rounded corner, which is a shape given by the site. In the northern part of the house there is an entrance hall with cloakroom, garage and utility room. 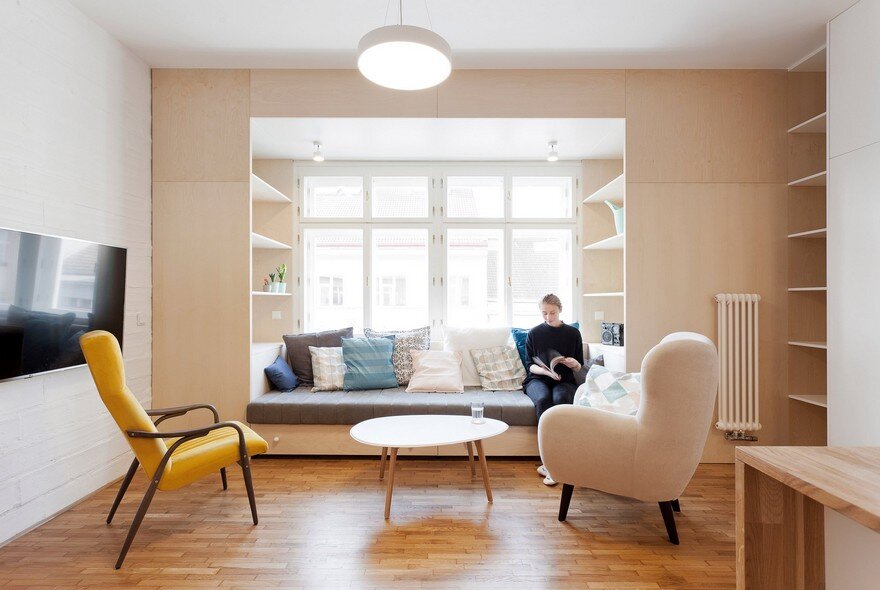 This time we are designing an apartment for Přemek and his family. Again, we are connecting two housing units (2+1 and a studio) to create one big apartment. The resulting flat of 4 rooms and a kitchen corner has the total area 116 m2.