PlaC – Plateau Collaboratif is an architecture, urbanism and design firm based in Turin.
PlaC develops projects of urban and architectural regeneration on different scales. We think our work as the result of a collaborative process, combining a critical approach about the city-territory, construction and design with a continuous research about contemporary ways of living.
PlaC focus on exploiting existing qualities, built and unbuilt, to evolve in something always unexpected through time and their users. Strengthening of identities, adaptability of program and flexibility of spaces are our main tools.
PlaC has an international experience in project management and developed projects in Italy, India, Germany and UK; got selected and awarded in different international competitions in Italy, Croatia,
Finland, Germany, France, Norway and Spain.

Andrea Alessio, founder
(Pinerolo (TO) 28.04.1984) architetto iscritto all’Ordine degli Architetti di Torino (matr. n. 9375).
Brings focussed experience with mixed-use developments as well as residential and urban researches between Germany and France. He studied at the Technische Universität in Berlin and at the Politecnico of Turin, where he graduated in 2009; he worked at LIN architects urbanist (Finn Geipel e Giulia Andi) from 2008 to 2013 where he was part of the team involved in the Grand Paris urban development project and has worked at all stages of projects, from feasibility and concept design to planning and construction to post-completion.

Ilaria Ariolfo, founder
(Torino 17.09.1984) architetto iscritto all’Ordine degli Architetti di Torino (matr. n.9366).
Brings expertise in sustainable green architecture and building technology; she studied at the University San Pablo
CEU in Madrid and at the Politecnico of Turin, where she graduated in 2009 and she completed a PHD programme in Architecture and Construction developing a new window technology based on glass in water; before founding PlaC with Andrea and Davide, she worked for Humus Studio in Milan and she is currently giving her contribute as teaching assistant at the Politecnico of Turin where she also was involved in different research programs.

Davide Barreri, founder
(Torino 08.06.1984) architetto iscritto all’Ordine degli Architetti di Torino (matr. n.9086).
Has gained a breadth of experience in prefab design and dry construction systems; before his graduation in 2010 at Politecnico di Torino he had an internship in Seoul (South Korea) at Motoelastico, during which he was doing thesis researches. From 2011 to 2014 he worked in Turin for Cliostraat and Leapfactory, where he lead different published project, as the construction of the New Bivacco Gervasutti on the Mount Blanc. In 2014 he worked as architect at Hopkins Architects in London, where he was involved in the planning
permission for the refurbishment and extension of 100 Liverpool Street for British Land in Broadgate (London), a 69.000 sqm project. 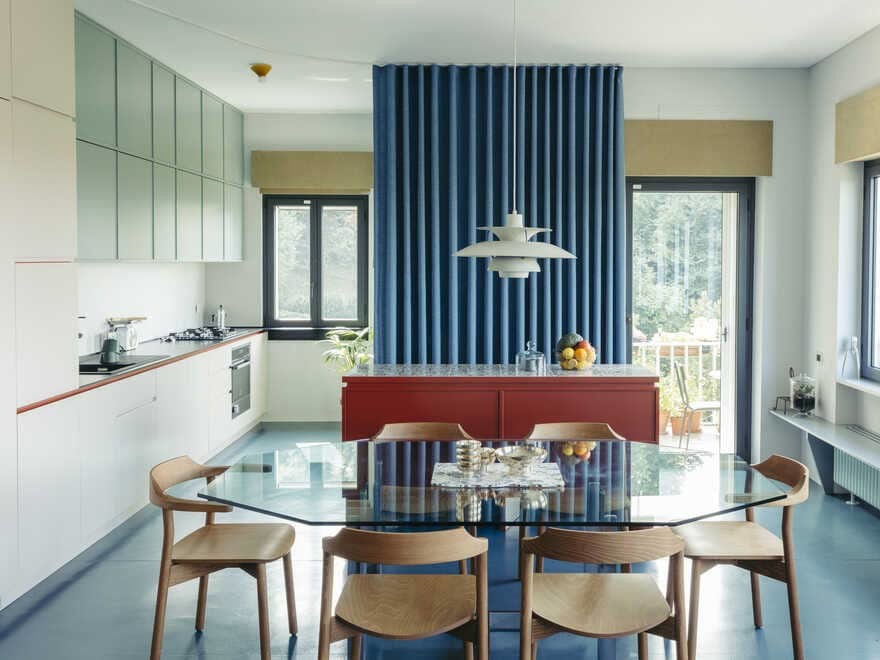 The Casa Tre Viste project sees the complete transformation of an apartment located in a 1960’s residential building in the foothills of Turin. The apartment had been unoccupied for several years, and the original plan included a large, central entrance area ….