Founded in 2007 by Sevince Bayrak and Oral Goktas, SO? is an Istanbul-based studio focusing on design, architecture, and urbanism. In 2013, they won the Young Architects Program by MoMA/PS1, creating Sky Spotting Stop for Istanbul Modern, which was exhibited in MoMA and MAXXI. In 2015, they won the invitational competition at the Royal Academy of Arts; their project Unexpected Hill was realized in London. Right after that, their installation Lost Barrier was mounted in Rome and acquired by MAXXI for the permanent architecture collection. Their work has been published internationally and nominated for prestigious Mies and Aga Khan Awards. The duo has lectured in cities such as Istanbul, London, Bordeaux, New York, Genoa, Rome, Arles, Ljubljana and Sarajevo. Their recent work include a public cultural center in Istanbul, a chicken coop and a cabin in the rural parts of Turkey, and an interdisciplinary research project on post-disaster emergency housing. Bayrak recently completed her PhD dissertation on the evolution of public space; both Bayrak and Goktas currently teach at MEF University in Istanbul. 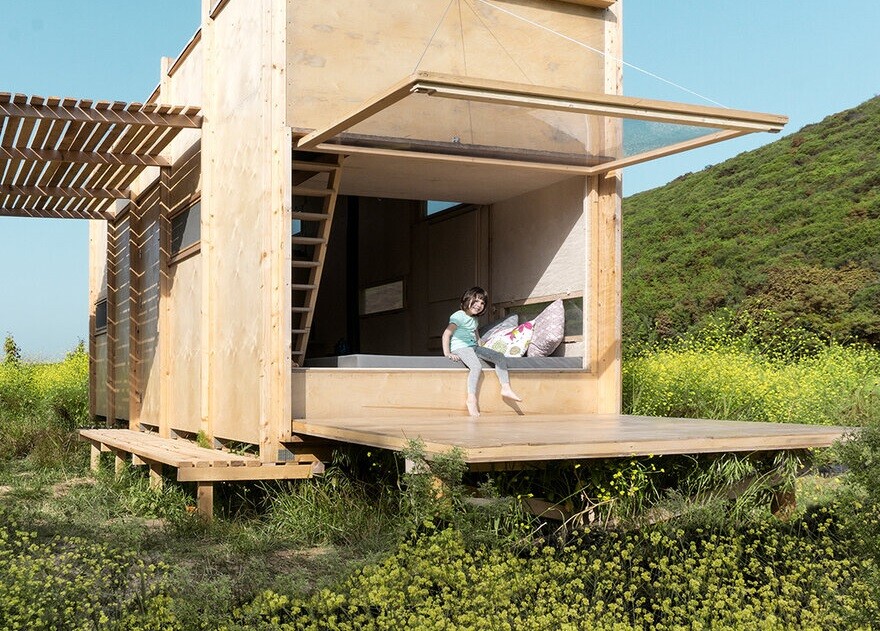 Designing a contemporary off-grid building in nature, is not only about collecting rainwater or utilizing solar energy or locating the building according to the sun and wind