Anna Positano lives and works in Genoa, Italy. Her work has been exhibited nationally and internationally, in private galleries and public institutions. Alongside her artistic and research practice, she works under commission for architects and magazines.
http://theredbird.org/ 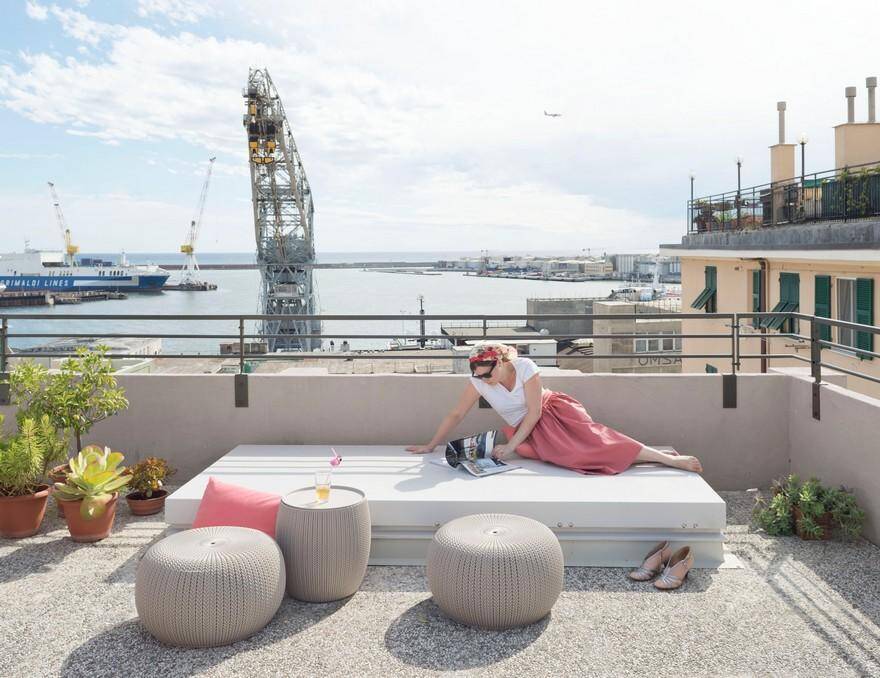 The Cranes attic is situated in the city centre of Genoa, on the top of a building in the medieval neighbour on the old dock that protects the city for the Middle Age. The apartment has a 40 square meters surface, a small area that hosts a living room with open kitchen, a bedroom and a bathroom. 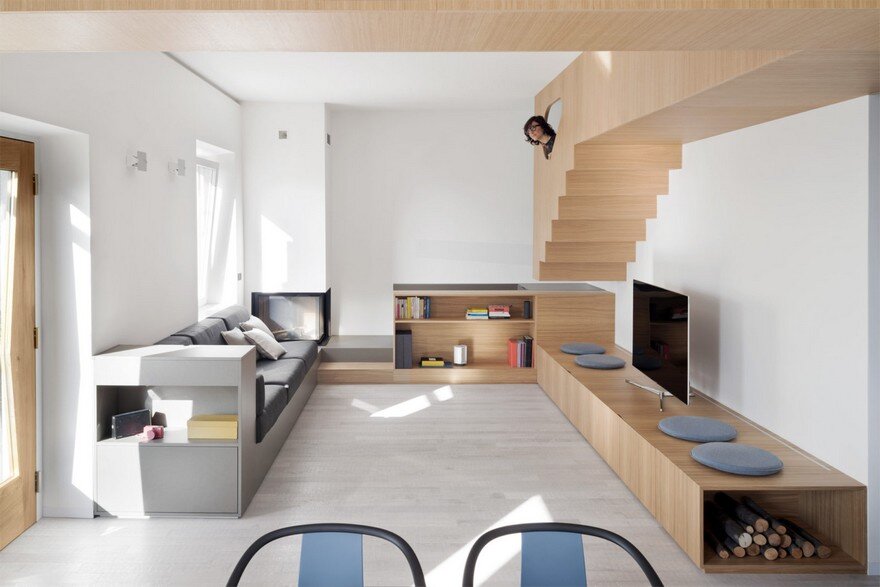 The building is situated in the countryside near Genoa, surrounded by a chestnut trees woods. Before the refurbishment works, the house was characterized by a long corridor that completely cut the flat, leading to the several rooms arranged on both its sides. 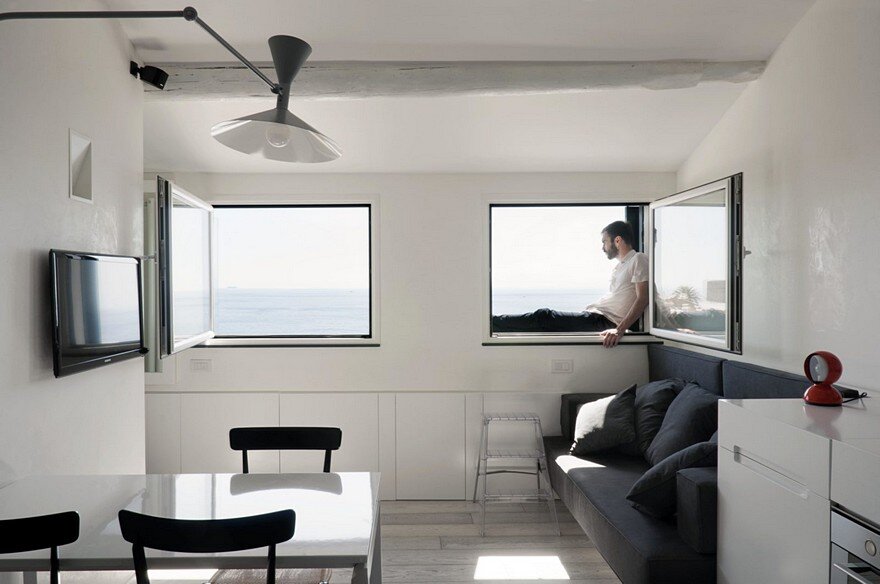 The Harbour Attic project is a flat refurbishment in Camogli, a charming village near Genoa. This is a small holiday flat, an attic above the old fishermen’s harbour. The project aim was to build two bedrooms, a studio, a living room, a kitchen and a bathroom, despite the gambrel roof and the very small floor surface. […] 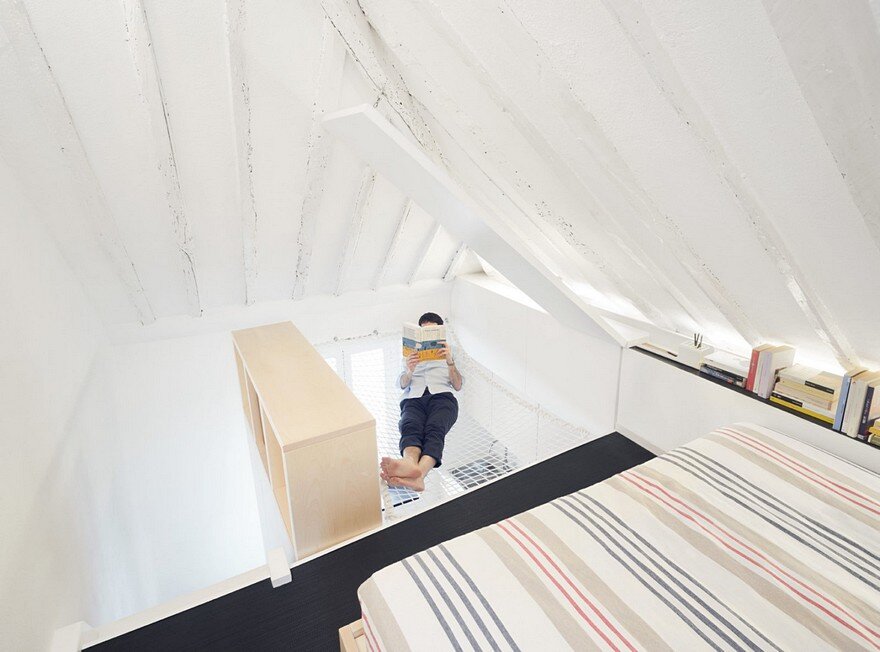 Fisherman Apartment is a small flat renovated by Gosplan, an Italian architecture and design studio founded in Genoa by Federico Bellegoni, Nicola Lunardi, Veronica Rusca and Lorenzo Trompetto. From the architect: Boccadasse is a small fishermen harbour in Genoa that inspired many poets and singers with its narrow streets and its beautiful little beach. The […] The Lasa penthouse was designed in 2016 by Gosplan, an architecture studio based in Genoa. The studio was founded in 2010 by Federico Bellegoni, Nicola Lunardi, Veronica Rusca and Lorenzo Trompetto. From the architect: The apartment is at the top of a building in the city centre of Genoa, Italy. It underwent a total refurbishment that pointed […]