Born in California, Bruce Damonte opened his own studio in San Francisco in 2008. After helping out a friend by working as an assistant on a photo shoot, 31 year old Damonte decided to completely shift his career path and use the camera as a tool to express his creativity. Specializing in architectural photography, he travels extensively to work with practices from around the world. His work includes taking photos of projects that went on to win prestigious awards, including AIA Awards. 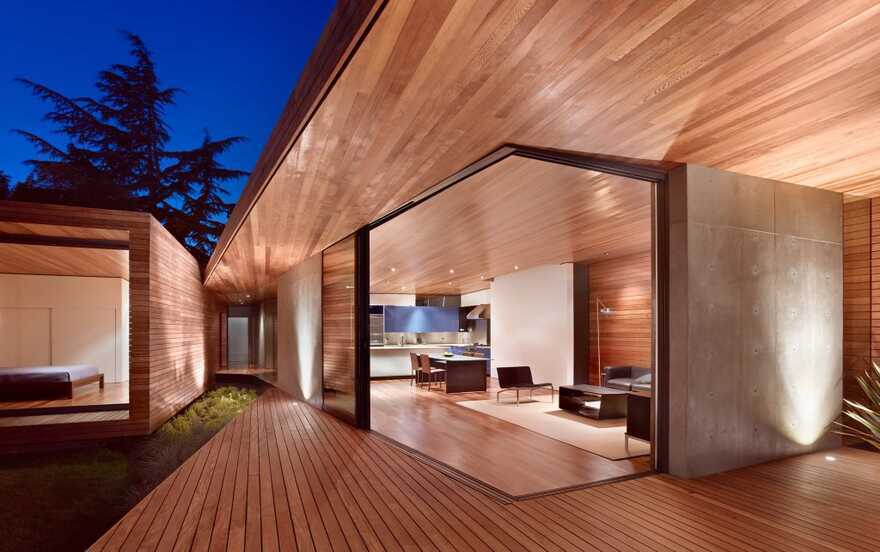 This project consists of a single-story addition and renovation to an existing mid-century ranch house in Menlo Park, California. Conceived for a retired couple, the open and accessible design integrates the living space with the rear garden to create a well-lit domestic extension. 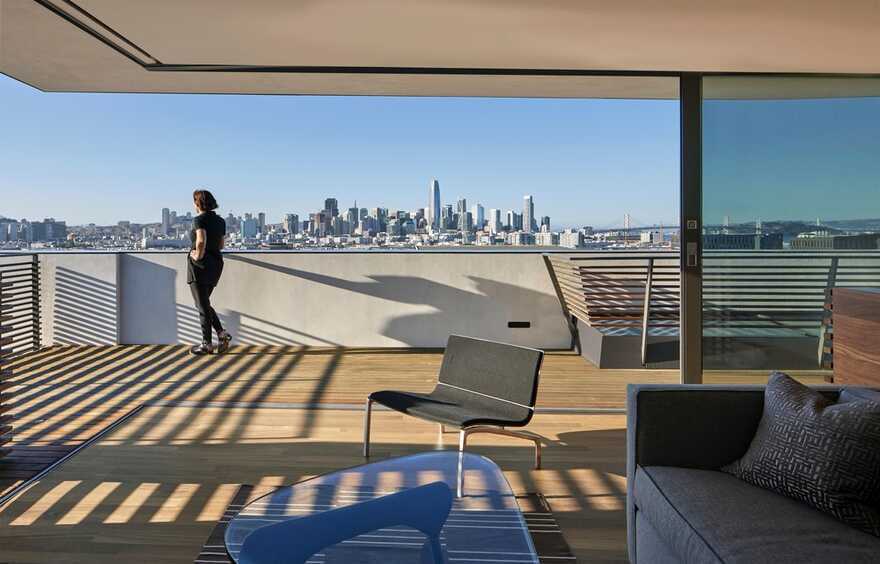 Perched high on the North slope of Potrero Hill, the location of this project provides an abundance of natural light and views of the city, the bay and beyond. The site is a typical San Francisco narrow lot flanked by zero lot line properties on either side, creating an urban canyon running East to West. 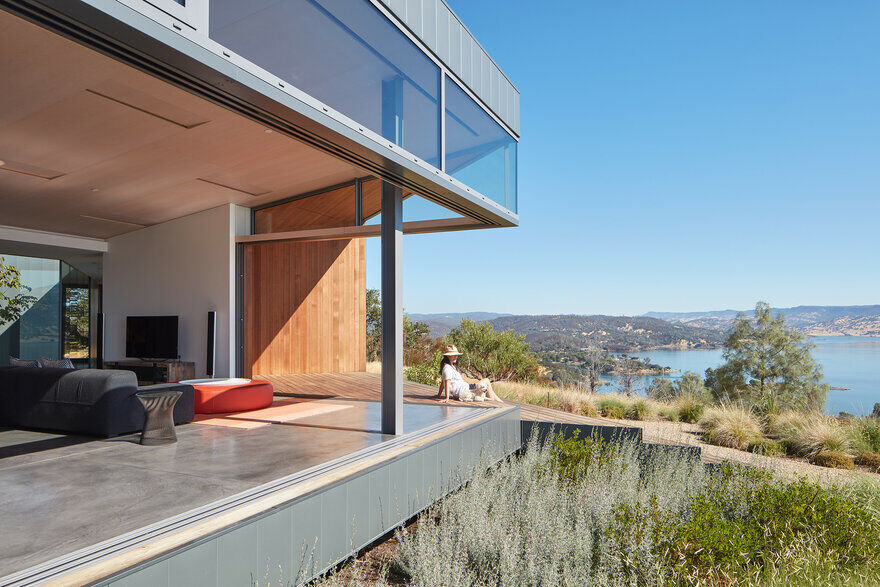 Goto House is a hexagonal weekend house situated on a rugged parcel in Napa County. The house’s design engages the spatial dynamics of its situation through the formal and experiential activation of negative space relative to conditions of surface, material, view and landscape. 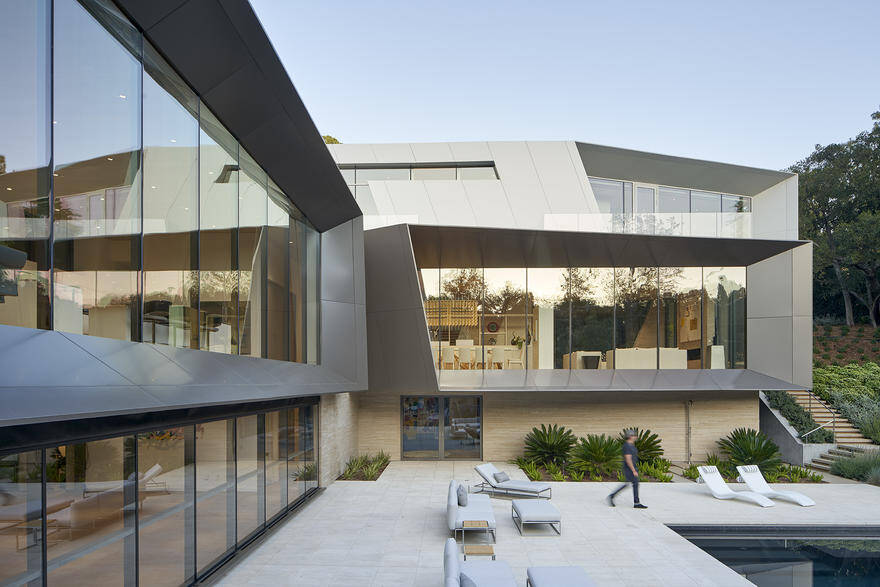 The new Bridge Residence turned the challenge of a sloping site into an opportunity to evoke quiet seclusion while creating a grand statement. 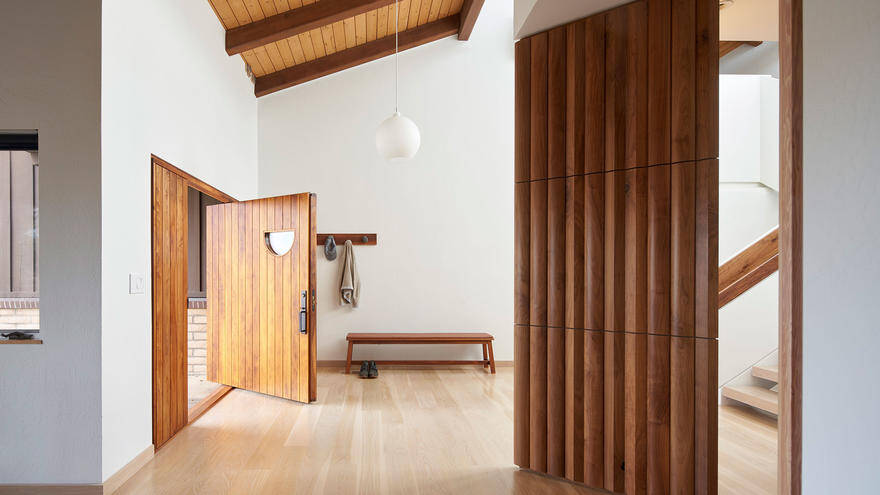 An existing 30-yr Californian farmhouse was used as an exterior shell and the interior was renovated like Theseus’ ship, piece by piece, until it was totally new.