Rafael Pinho is a photographer from Brazil. He studied architecture at UFMG, photography at Université Paris 8 and film at UCLA, and divides his time between Iceland, Europe and São Paulo. His work has been featured in publications such as Lürzers Archive's 200 best ad photographers worldwide and in Cannes Lions awarded ads.
http://www.rafaelpinho.com/ 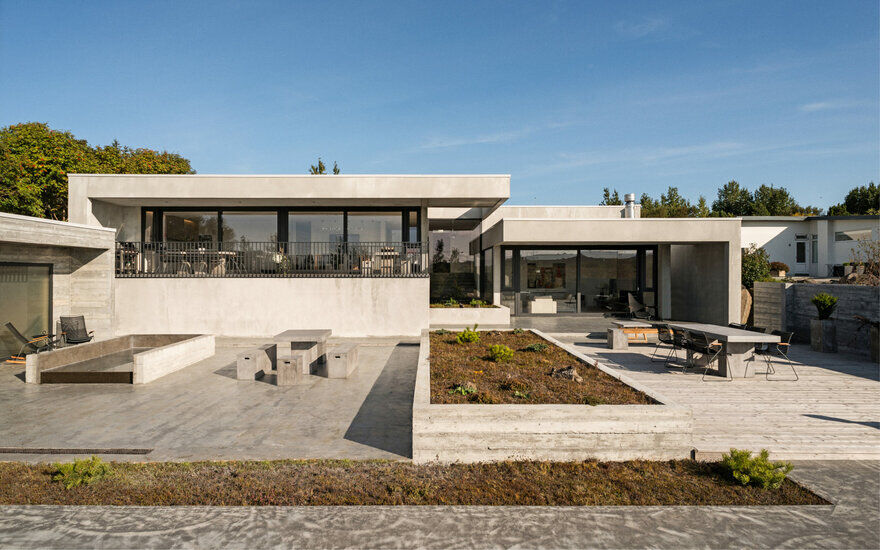 The Sunnuflot house was built in 1966 as a simple modernist unit with a flat roof and was extended a decade later. In 1994, a pitched roof was added on top of the original flat roof and the exterior walls were …. 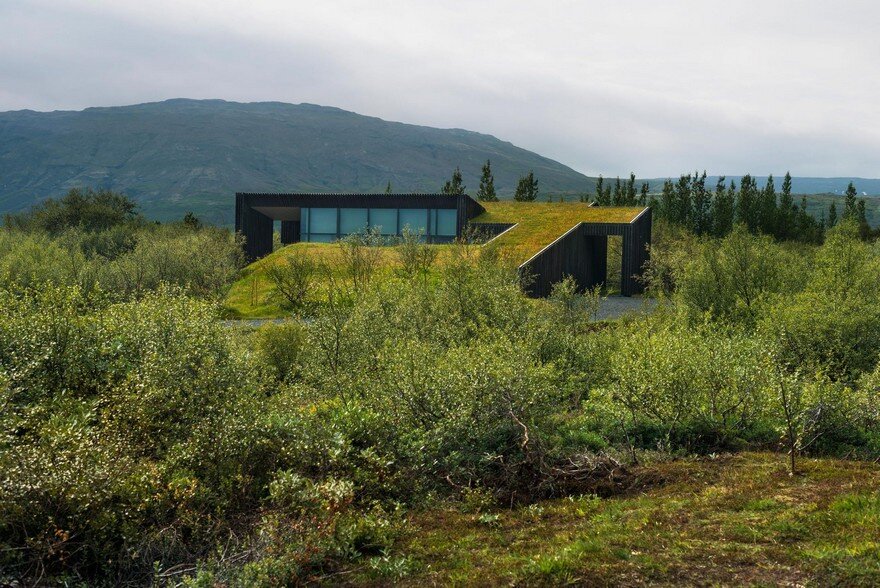 A wooden construction on a concrete slab, the rural cottage is clad with burnt hardwood panelling on the outside, utilizing a method well-known in Japan, among other countries, to enhance the durability of the wood. 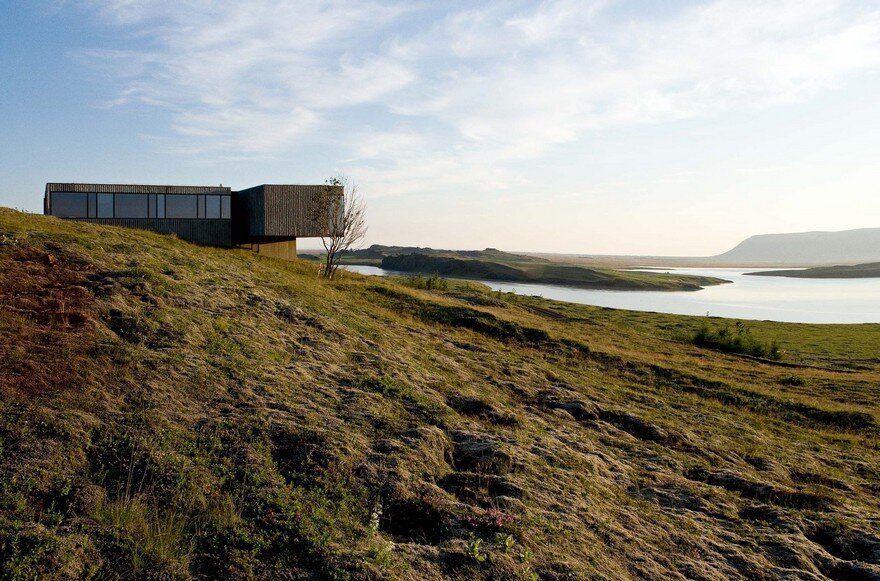 This concrete vacation house is located on the banks of the river Hvítá, a two-hour drive east from Reykjavik. The site is a moss-covered hilly area with views over a quiet bend in the glacial river in the spring; the river floats icebergs from the glacier through the nearby bend in the river, toward the sea some 100 kilometers away.