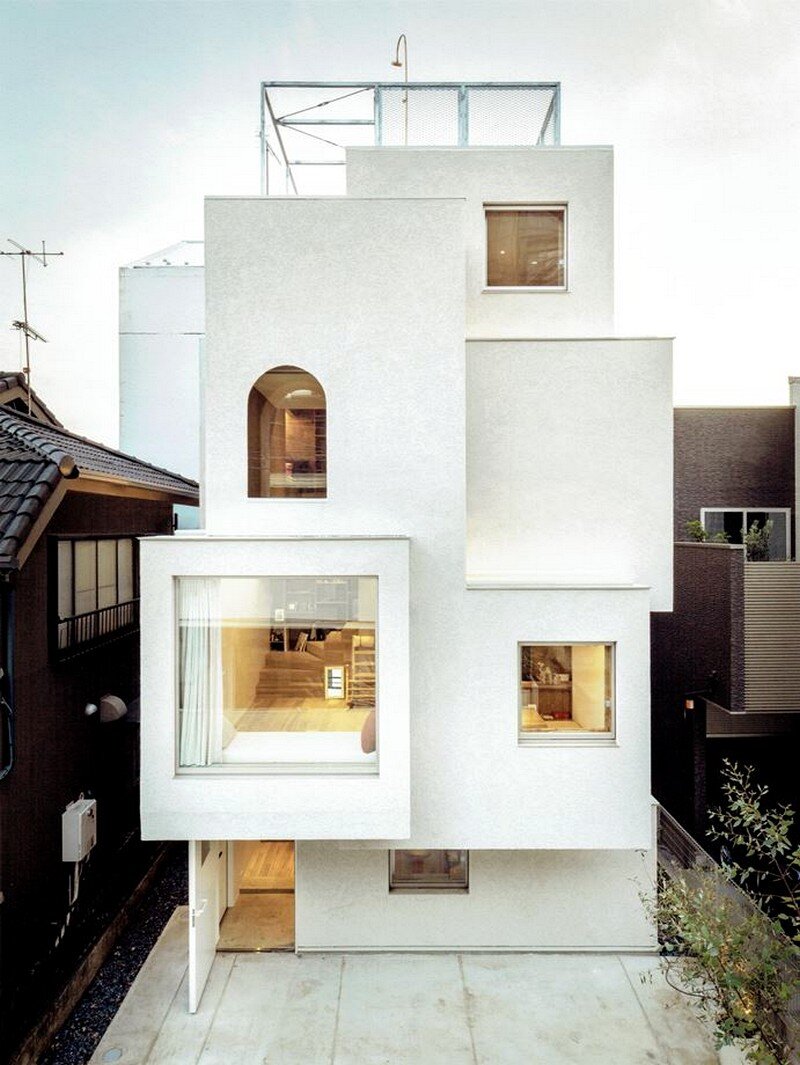 About the client and the brief for the project
I was the owner of this Tokyo City House, I designed it myself. The beginning of the project is that I first bought a plot with a small housing in the city center of Tokyo to live with my family (actually, I made a contract to borrow this plot with the owner for a certain period). However, the house originally built here was old, small and dark. And when it turned out that a child of the client would be born, I decided to scrap the old house and make a new, bright and livable house. And for that, a team of our architects was formed.

About the site
I thought that I would live near the area where my parents live, looked for the land, and got to this place. Many land in Japan can be owned, but in some parts of the city center some temples owns the land, and there is a system to borrow the land from them to build the building. In the center of Tokyo, the price of the land is very expensive, but by using such a system it is possible to own a detached house relatively inexpensively even in the city center. On this land borrowed by the owner there was a small housing built 50 years before. Like the other traditional Japanese houses, it had some windows facing the south, I thought that it was a bright house in the past. However, due to the Japanese scrap & build concept, some big housings were rebuilt arround, so the sunlight did not enter the house, it made the house very dark. 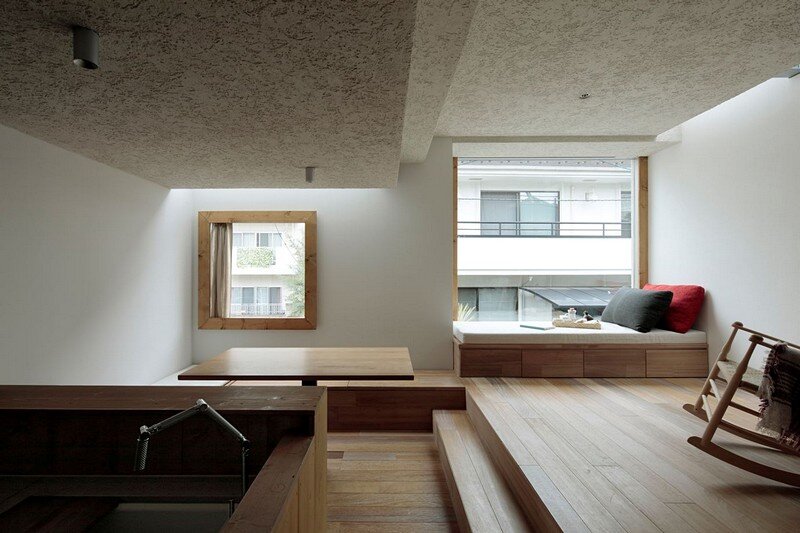 About the main reason for the staggered arrangement of volumes
One reason is that the internal space is in a skip floor shape. Because the site is not so large, it was necessary to provide four floors to ensure the area required for the family to live. In that case, since the up and down movements are painful, I made it possible to move continuously by making the room a spiral skip floor. The composition of the internal space appears in the external form. 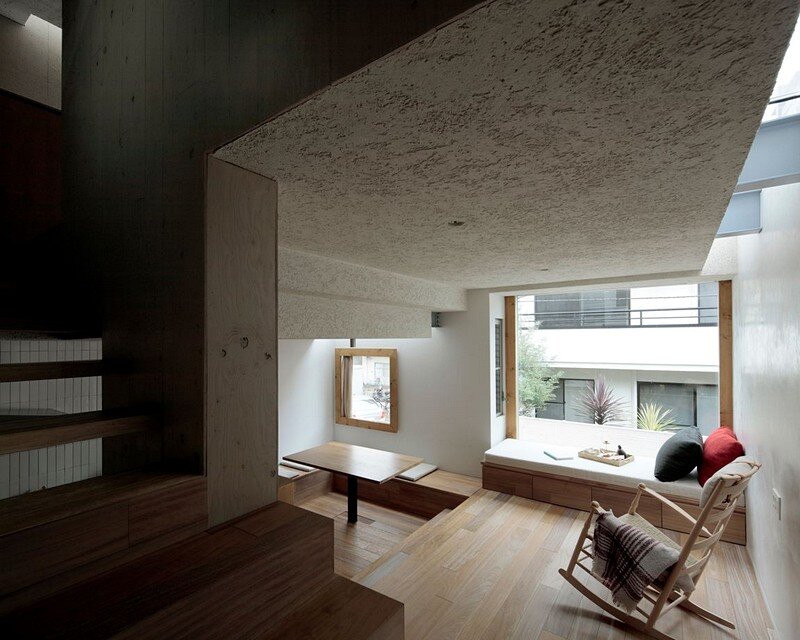 And the fact that the building was near the site and that the only open side was the north road side did not have a large opening on the outer wall surface except north to protect privacy. So we thought about taking in light from the top and side of the staggered arrangement of the volumes. 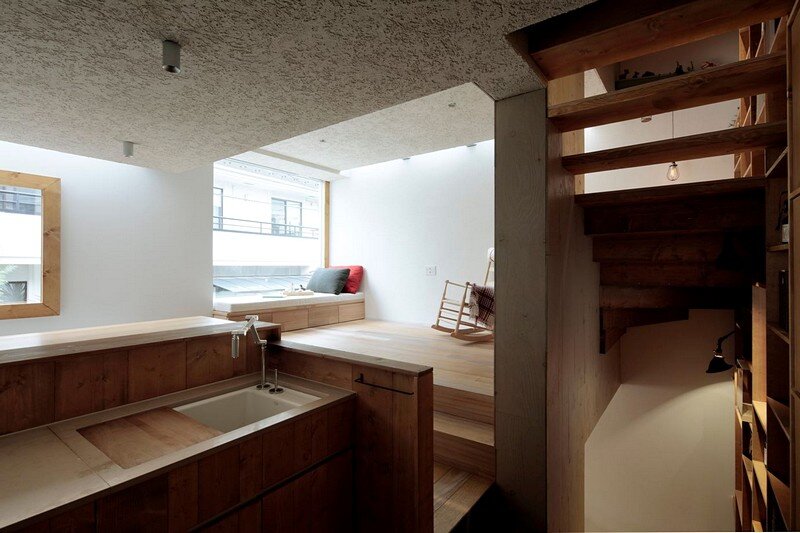 And another reason for the staggered arrangement of the volume is the legal reason. In the residential area of Japan there is a setback-line limit (like Manhattan zoning law). Therefore, it was necessary to reduce the building volume as going up. 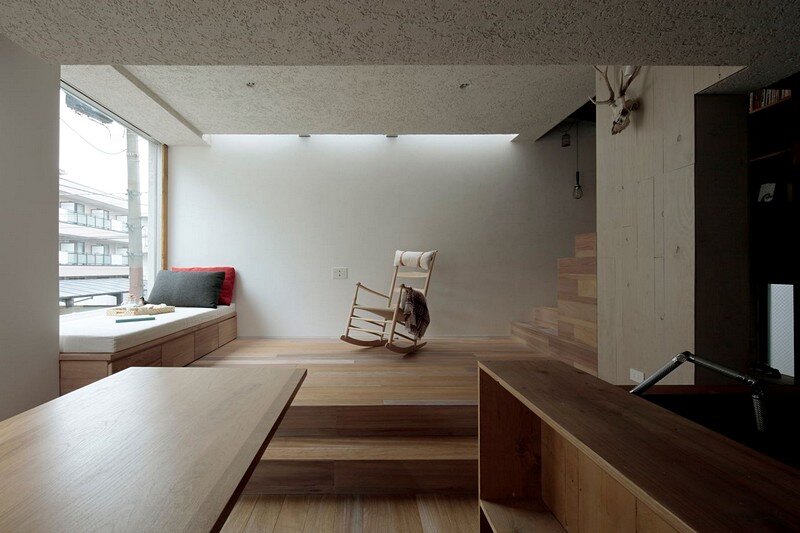 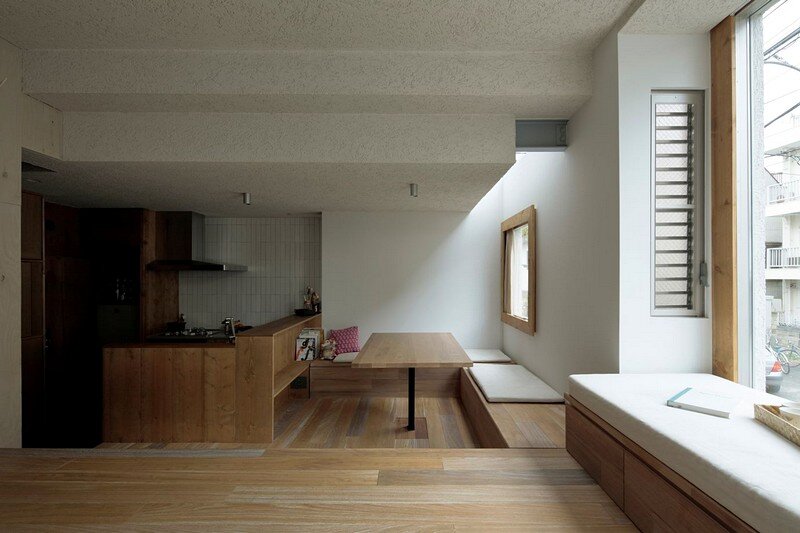 About how the structure was achieved and what the challenges were in building this unusual form.
Steel construction was the most rational structural form to establish the staggered shape while not making the pillar in the inner space, and thinning the walls, the ceiling and the roof. Also, in order to create a large opening in the north road side, we use the ramen structure on the north-south surface and the brace structure on the east-west side. 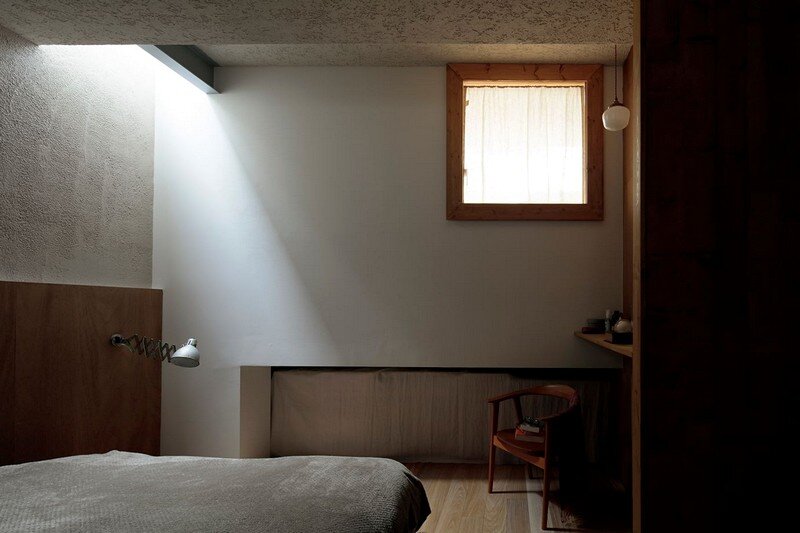 About the qualities that we want to achieve within the interior spaces
The purpose of this building is housing, but we wanted to create a public space. Because this house is built in the city and the good relationship with the city leads to the relationship of the inside of the house. For that reason, I decided to have a helical continuous space where all the rooms were connected without a door. And by the wind and light entering from various places by the shifted volume, we arranged a comfortable place like everywhere in the city like a pocket park. 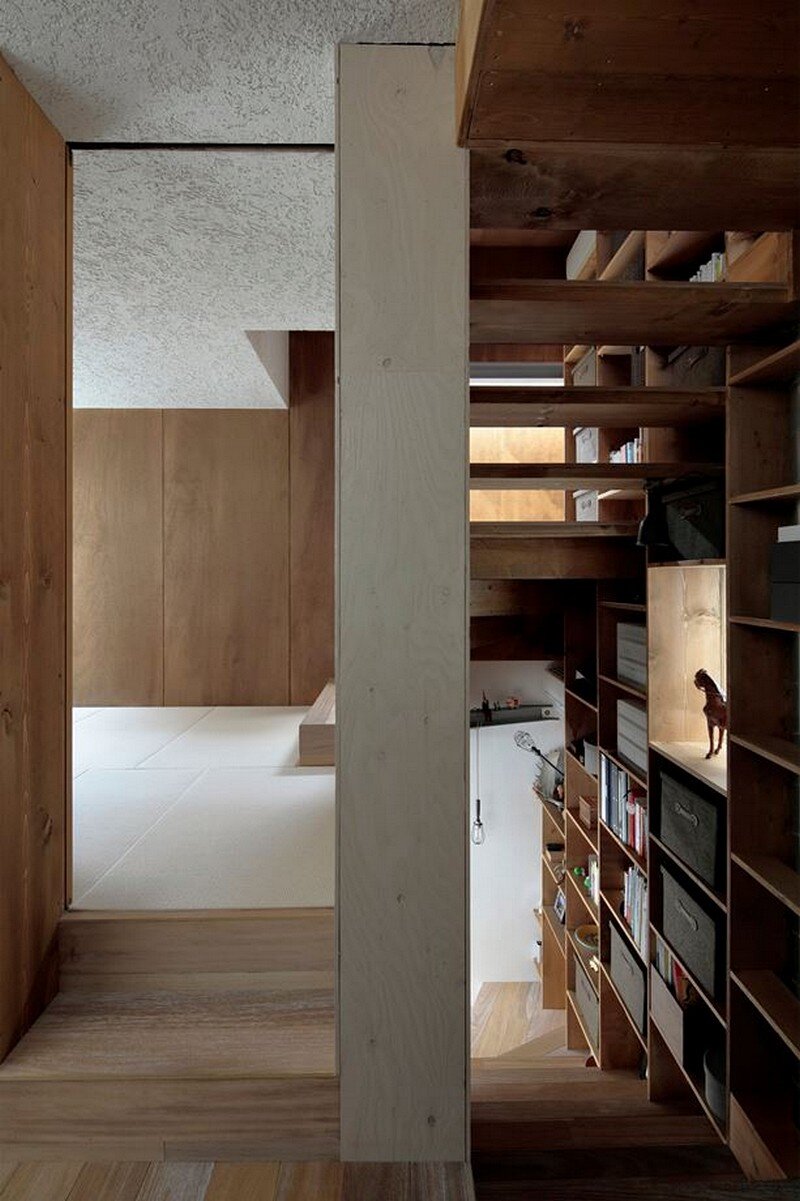 On the other hand, we wanted to achieve a variety of interior spaces with different expressions for each place. And it was also important to create the whole contiguous space. In order to realize such opposing demands, floor and ceiling were made to be unified material in every room, and on the contrary materials of the walls is different for each room. Moreover, by making the material of the ceiling material and the exterior wall material the same, we could feel the connection with the outside even in the room. 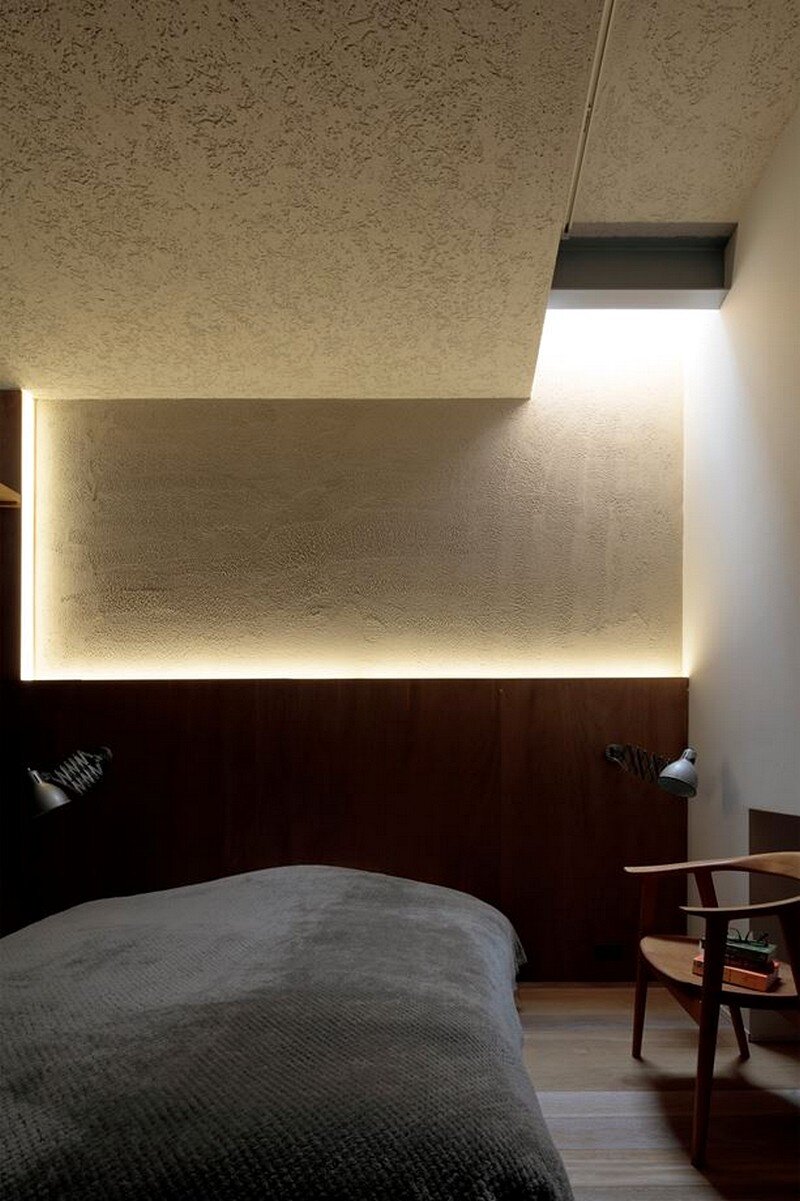 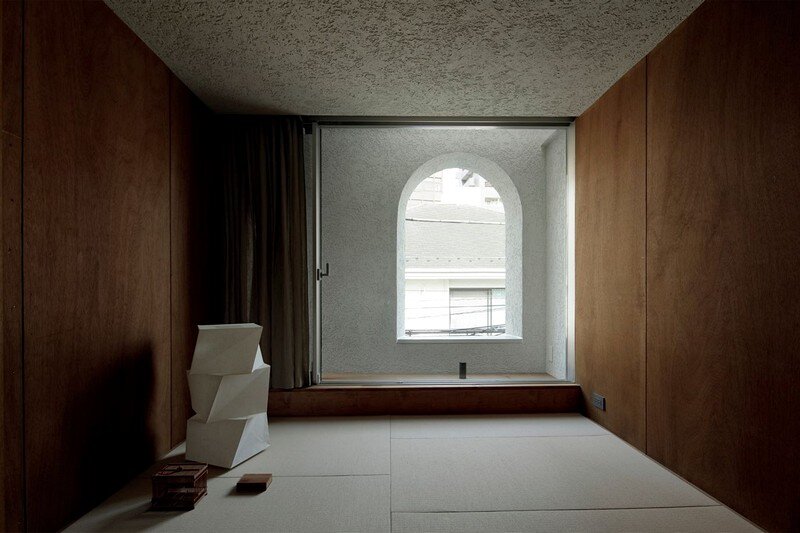 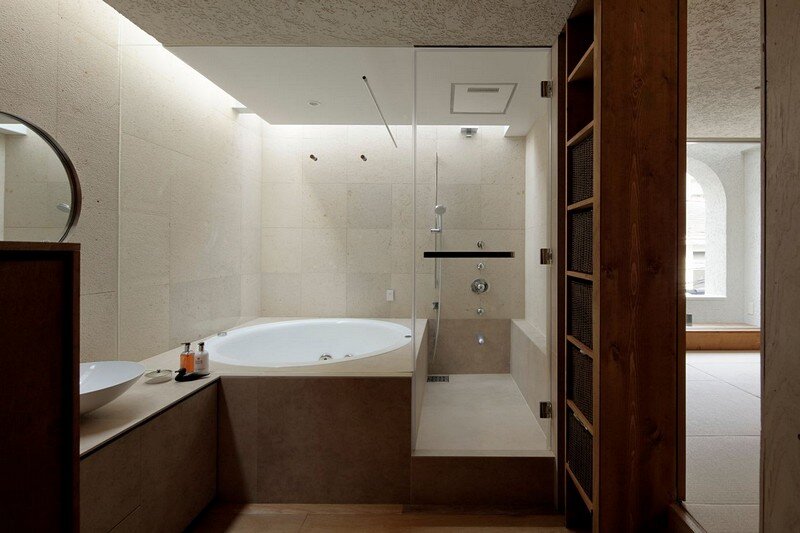 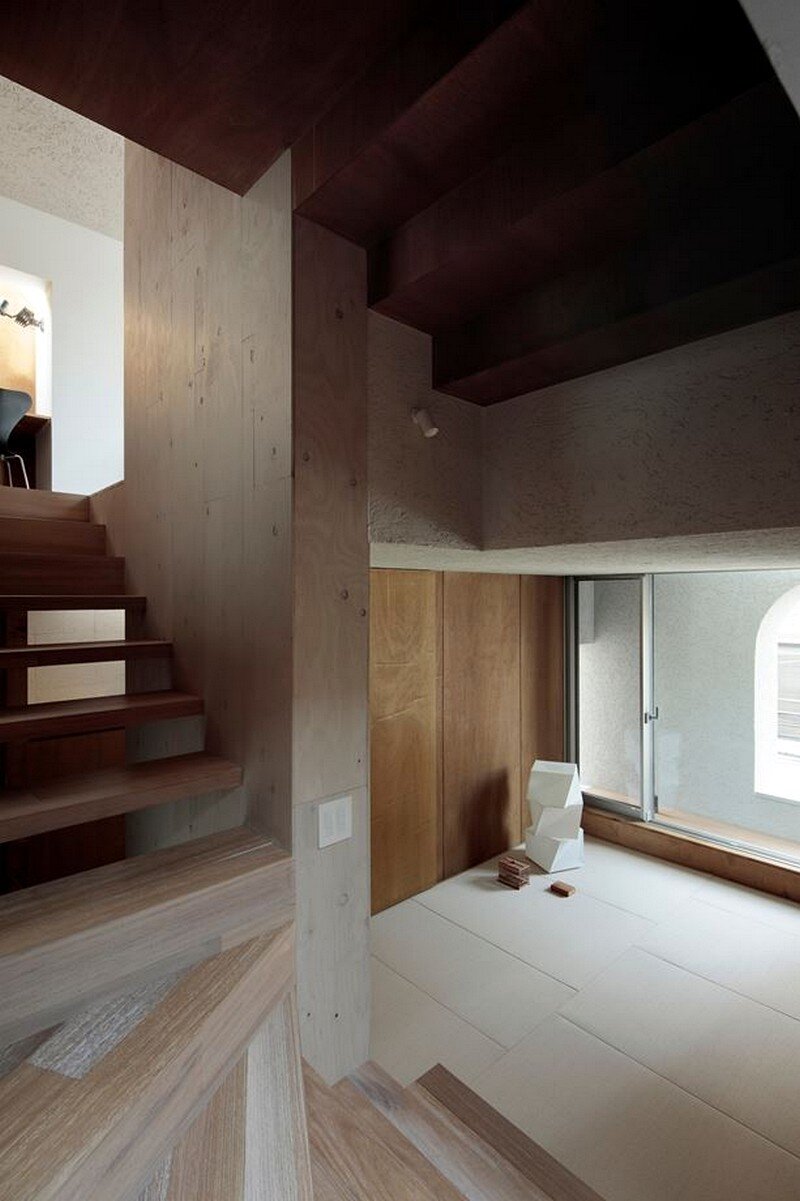 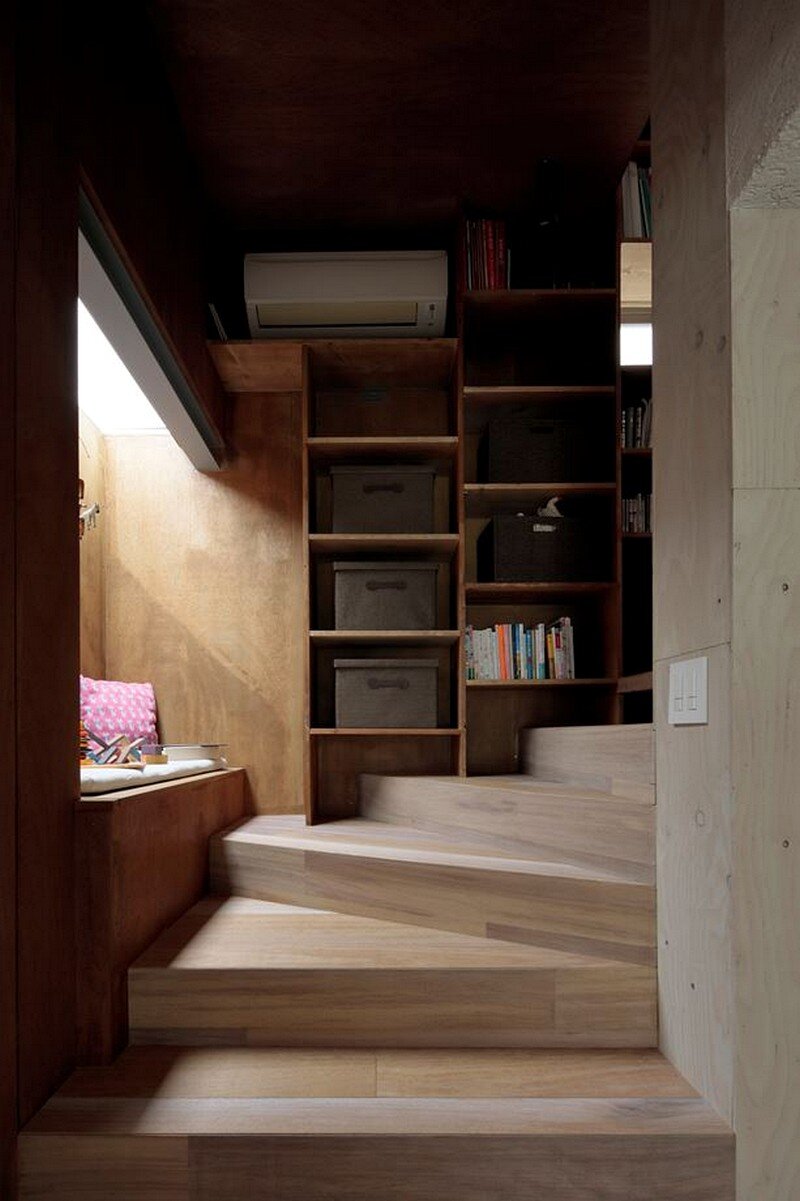 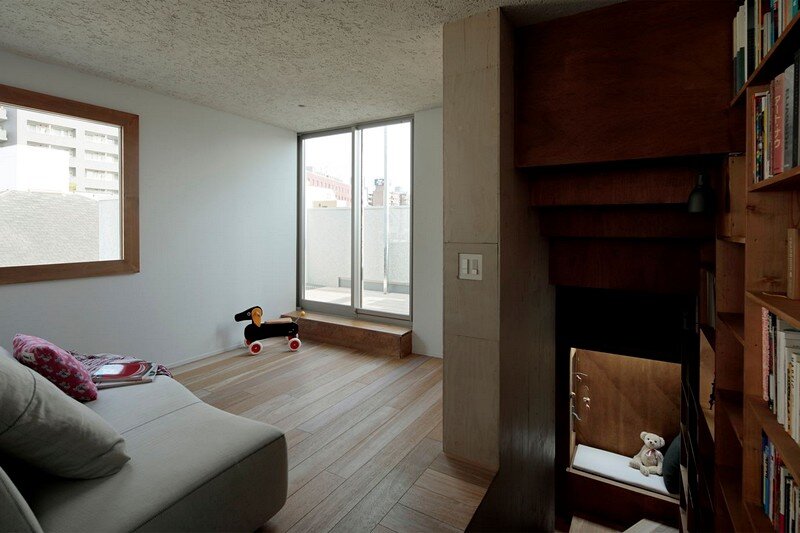 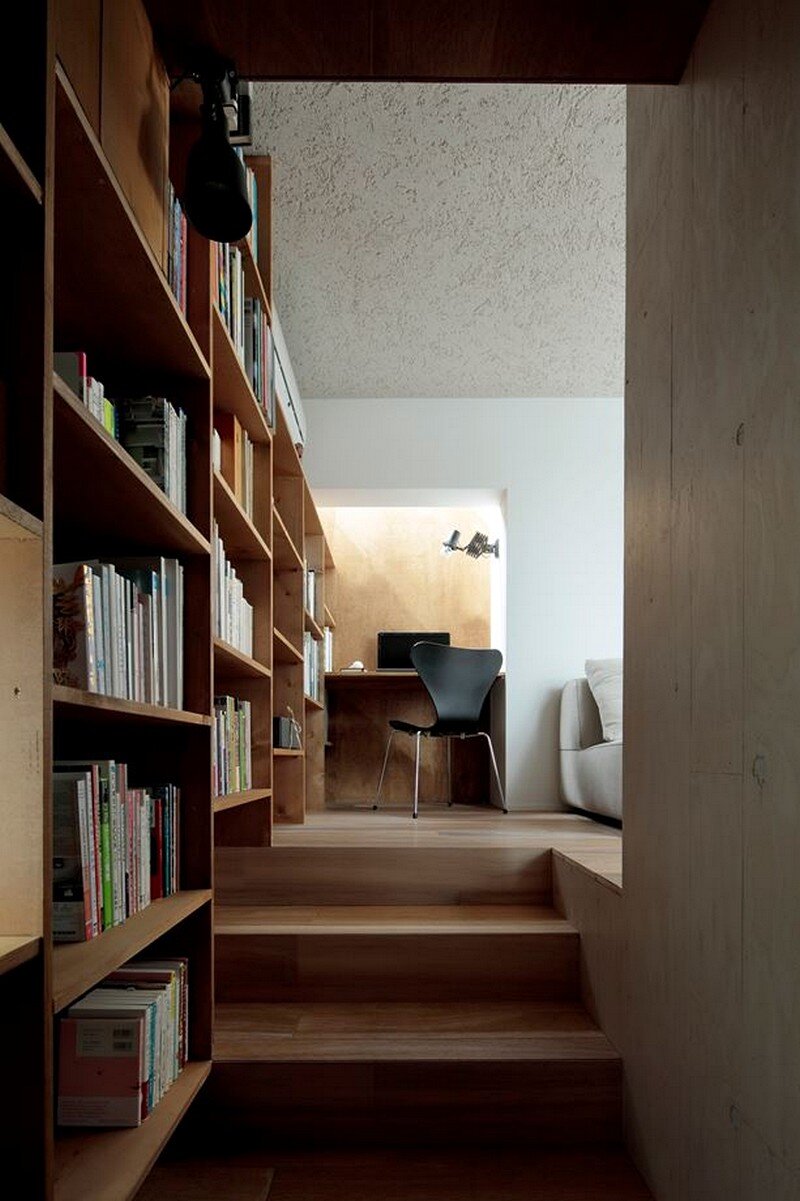 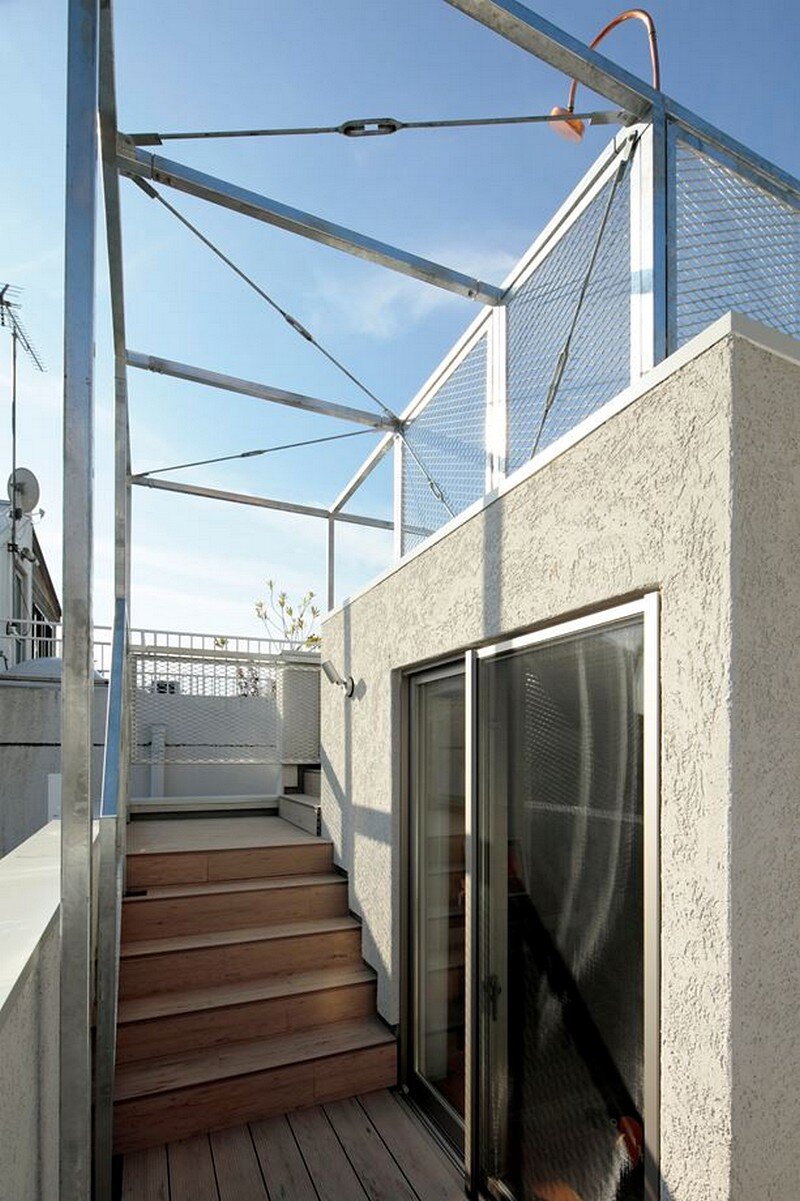 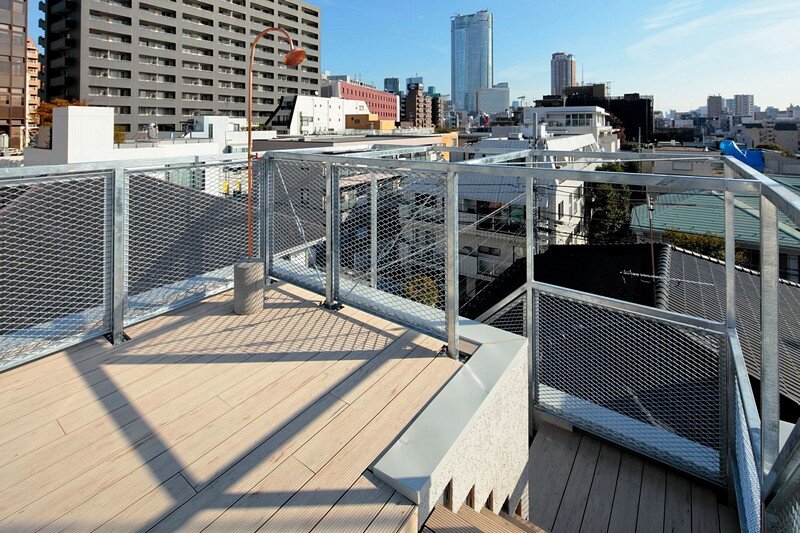 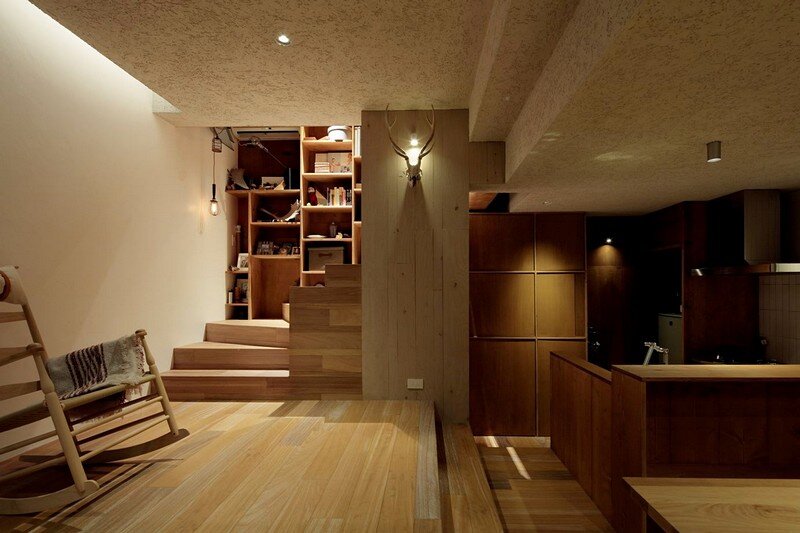 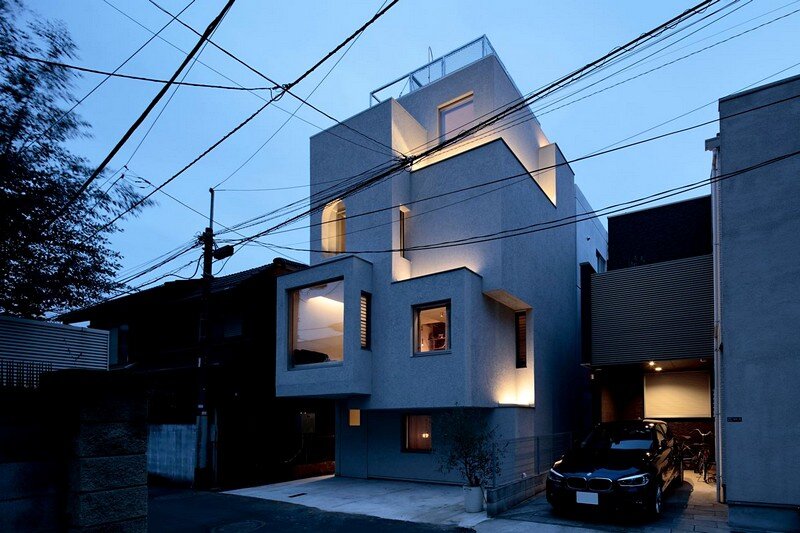 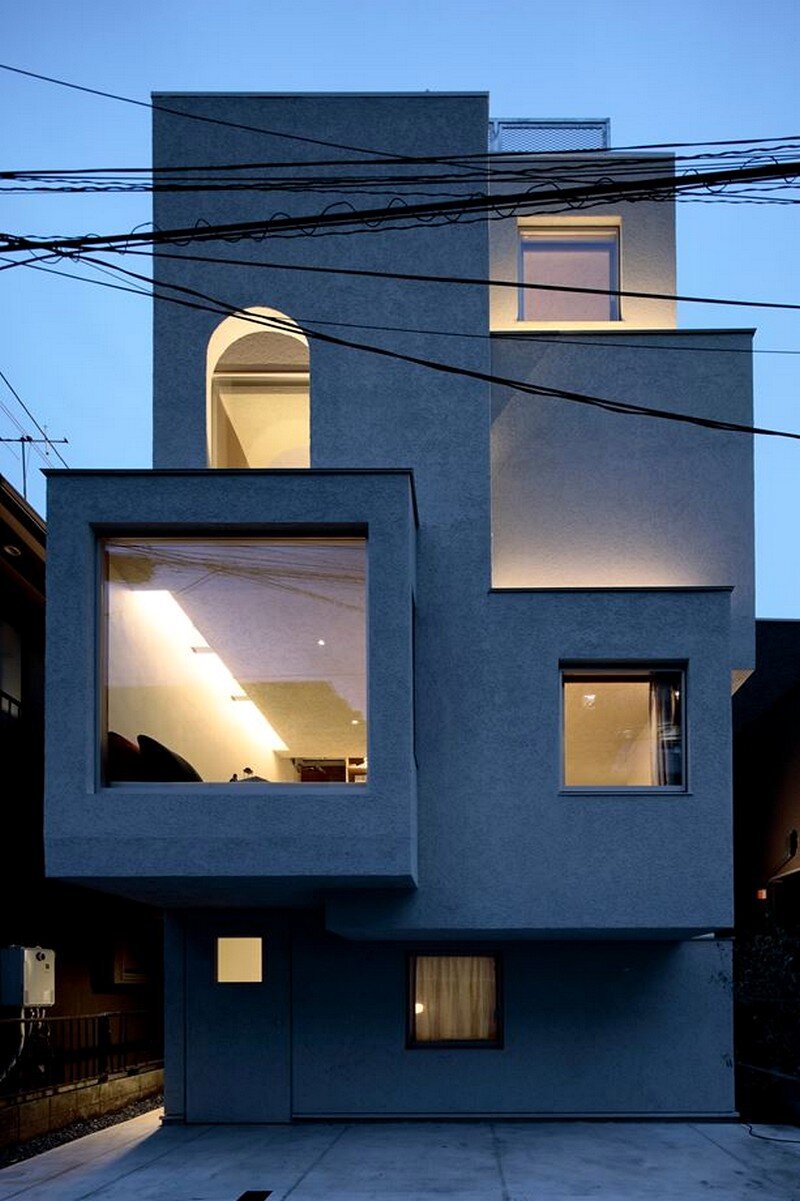