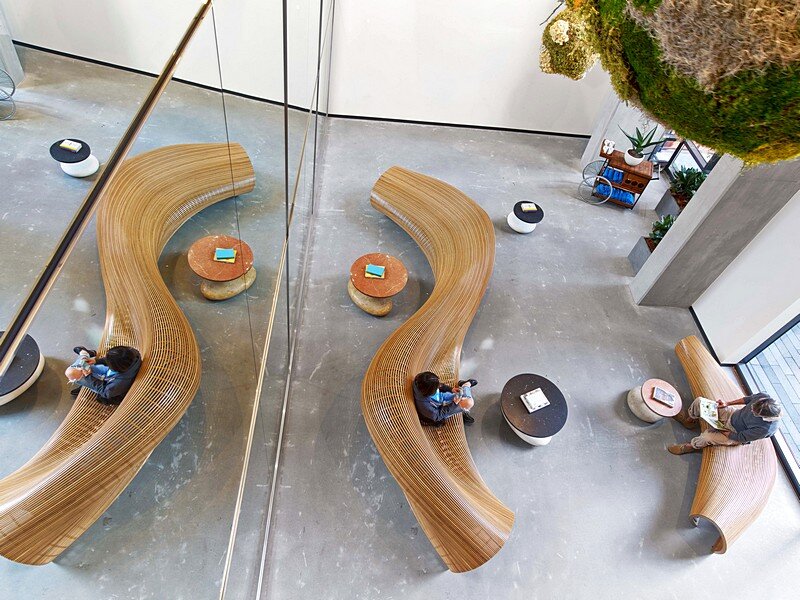 From the architects: The magic of Dropbox is it allows you to work anywhere, using a nearly invisible interface. But the company’s 300,000-square-foot physical offices couldn’t be invisible. The space needed deliberate visual cues to support collaboration among the company’s many teams. The solution: a bustling city layout based on landmarks, neighborhoods, and shared community values. 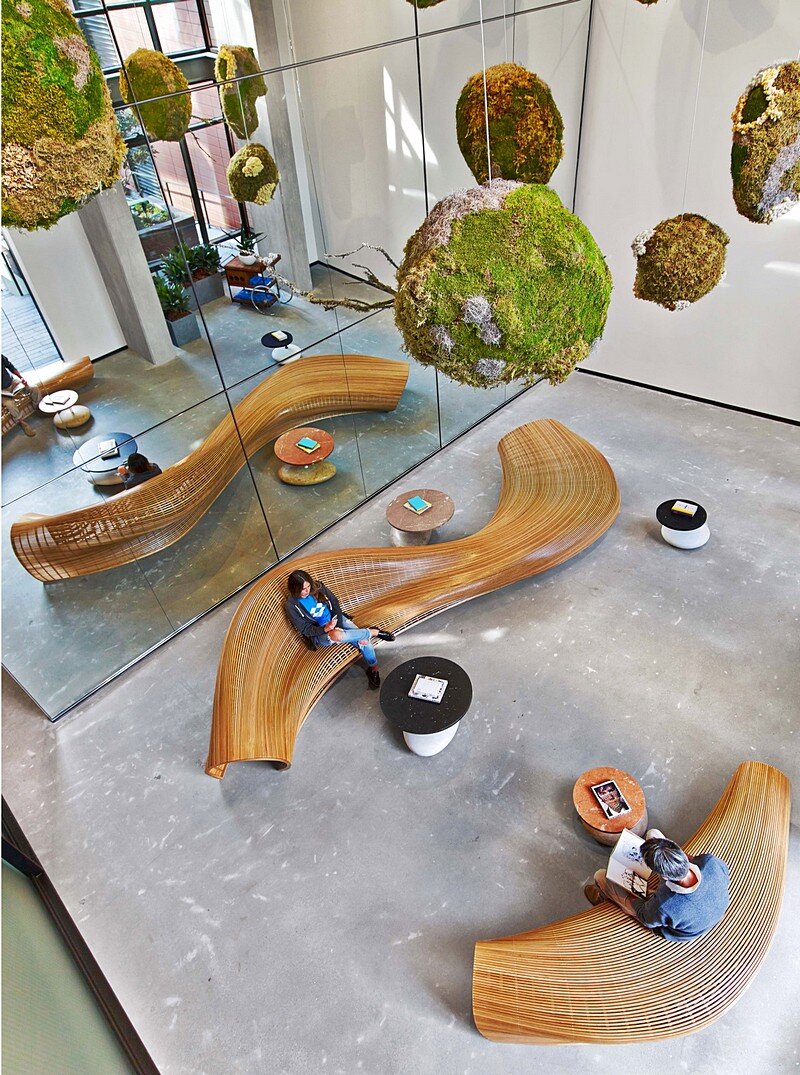 The neighborhood concept grew out of the discovery phase, when Rapt Studio learned a major source of frustration at the old office was that most workspaces were situated in narrow hallways — making collaboration difficult, disruptive, or both. So they created distinctive neighborhoods flanked by portals and meeting rooms to align with the needs of different departments. Groups of 40 to 50 people could create their own company subcultures based on their collective personalities, from quiet and industrious engineers to more social, vocal marketers. 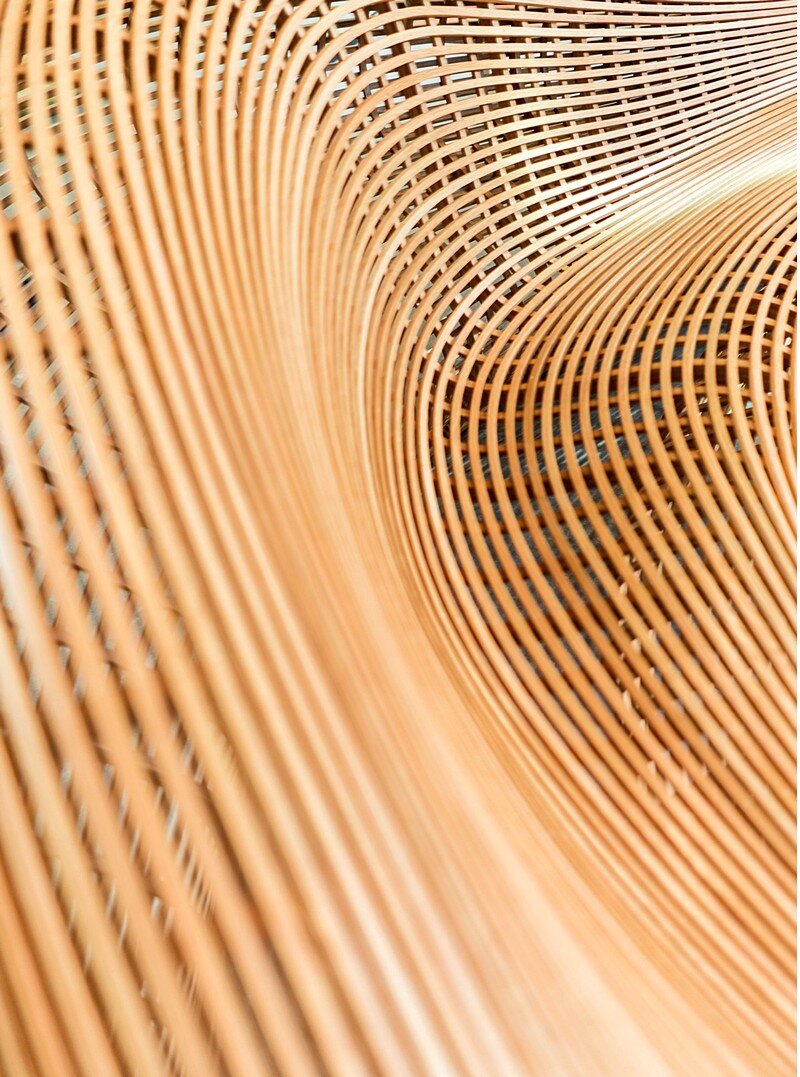 In addition to the various neighborhoods, there are strategic spaces for different modes of work. They include:
The library — Inspired by a fuzzy, 1970s Italian theater, it’s all round corners and plush carpeting, ideal for retreating to read or send a few emails. When sunlight shines through the windows, the whole space glows pink. It’s the epitome of soft. 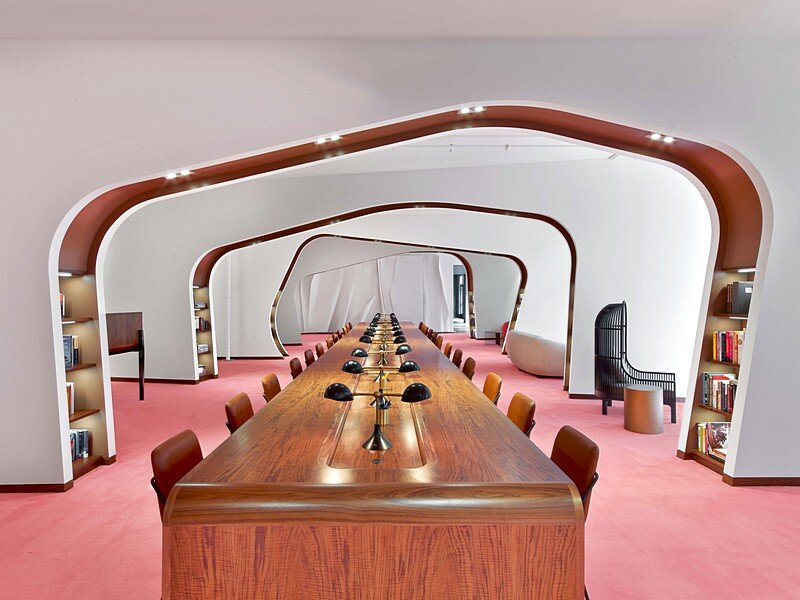 The purposeful Deep Focus room — If the library feels a decaffeinated quiet space, this is the espresso version. A darker room that brings your work front and center, it’s perfect for going on a 12-hour code-writing bender. It’s conveniently flanked by Dr. Strangelove-inspired war rooms for handling crises. 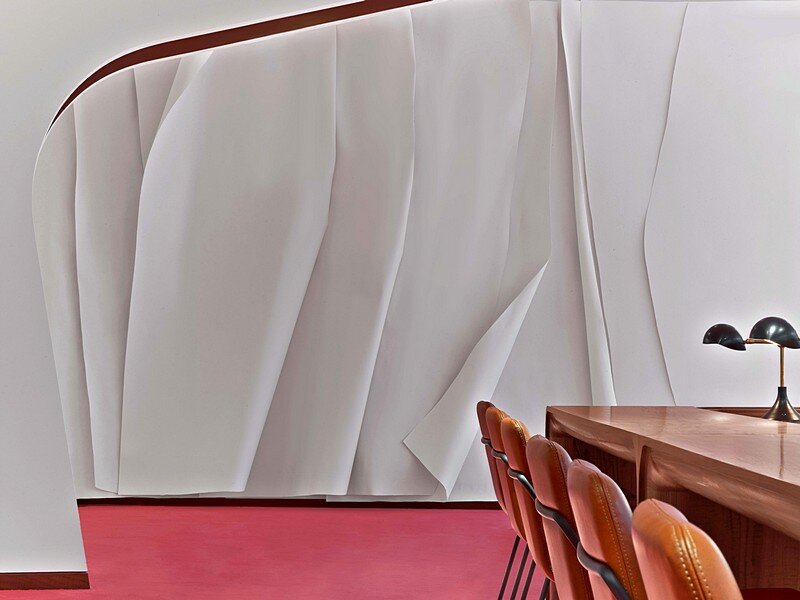 The casual Karaoke Bar — Inspired by the Dropbox’s startup days, the bar is a gathering space in the spirit of your mom’s basement, where friends can blow off steam after a long week. There’s a happy hour every Friday. 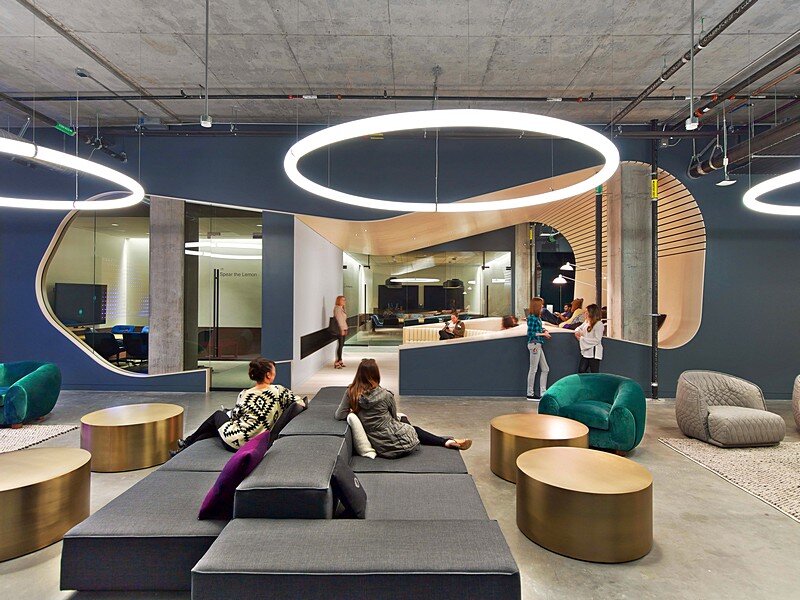 Even as you walk by on the street, the lobby invites you to come in and explore, with massive mirrors that collapse the distinction between inside and out. In so doing, they reflect one of the company’s core values: infinite depth of storage and possibility. See also the large terrestrial moss balls that hang overhead in the lobby, which signal that this is an evolving space — somewhere you can get your hands dirty. It’s not just that you can work anywhere. It’s that you can already see yourself inside. Photography by Eric Laignel 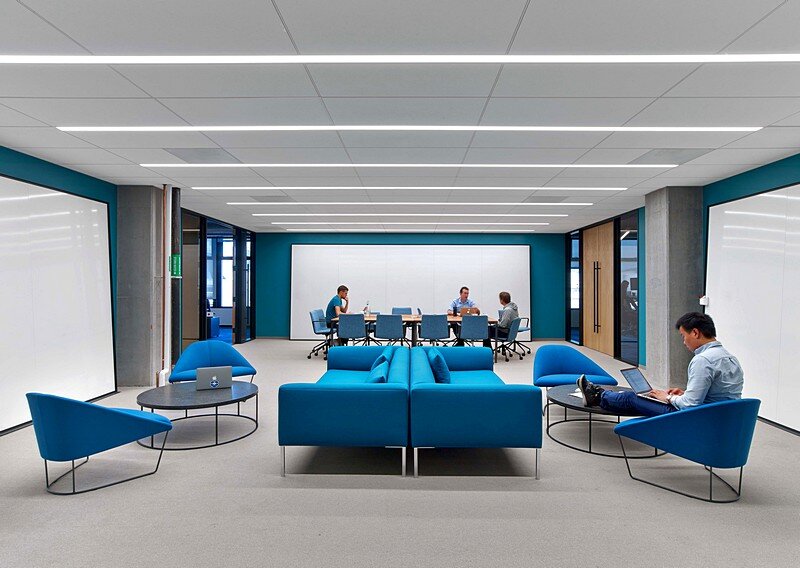 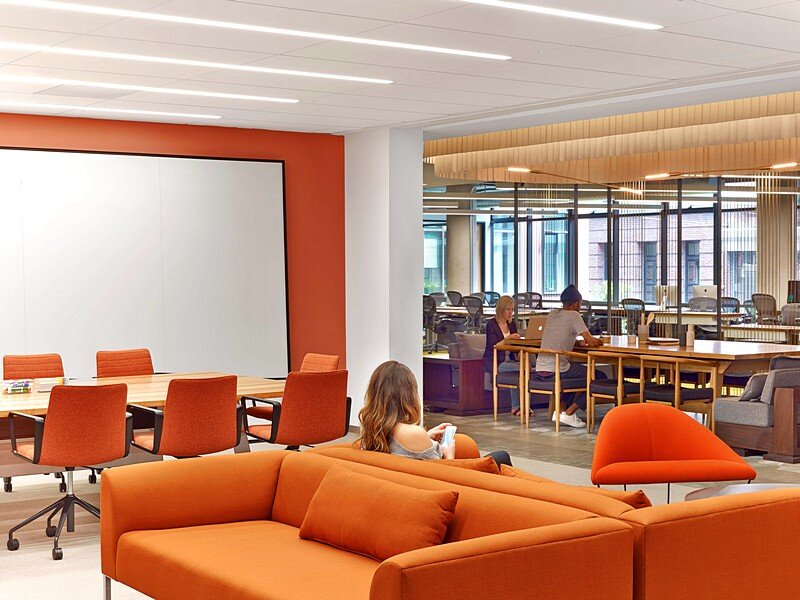 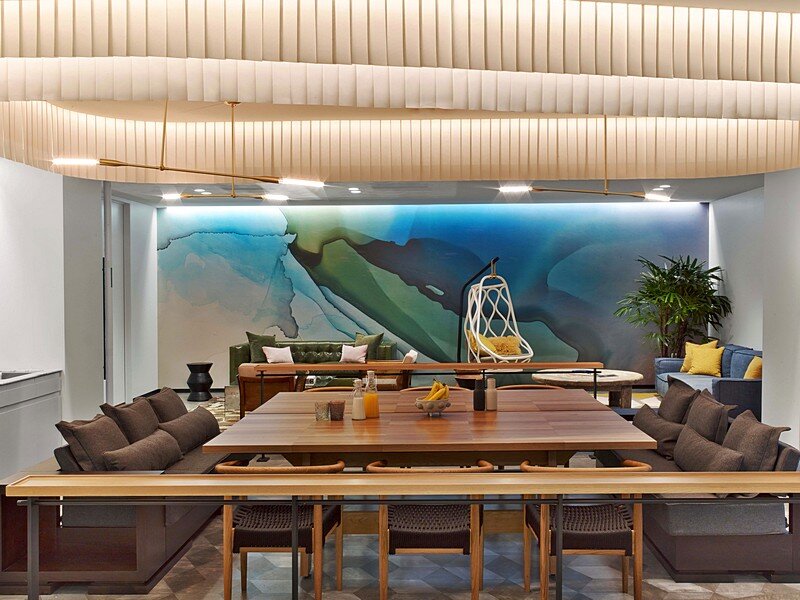 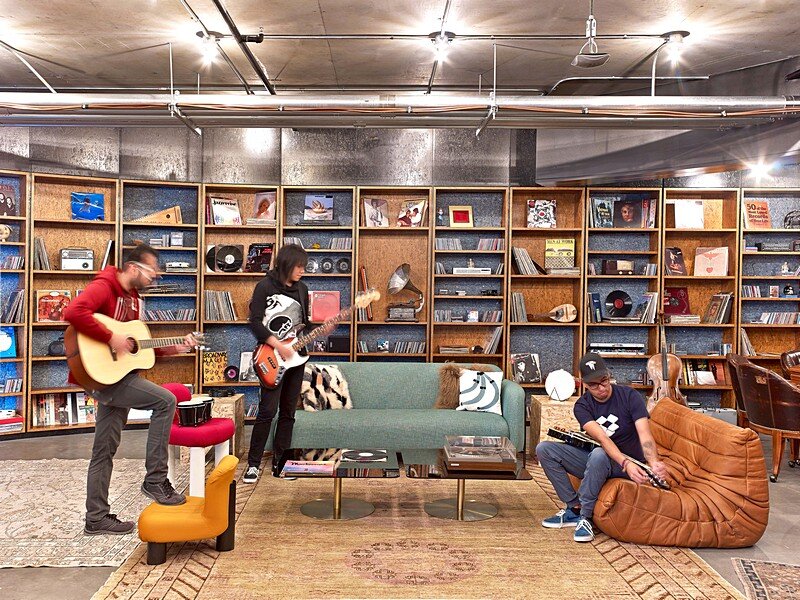 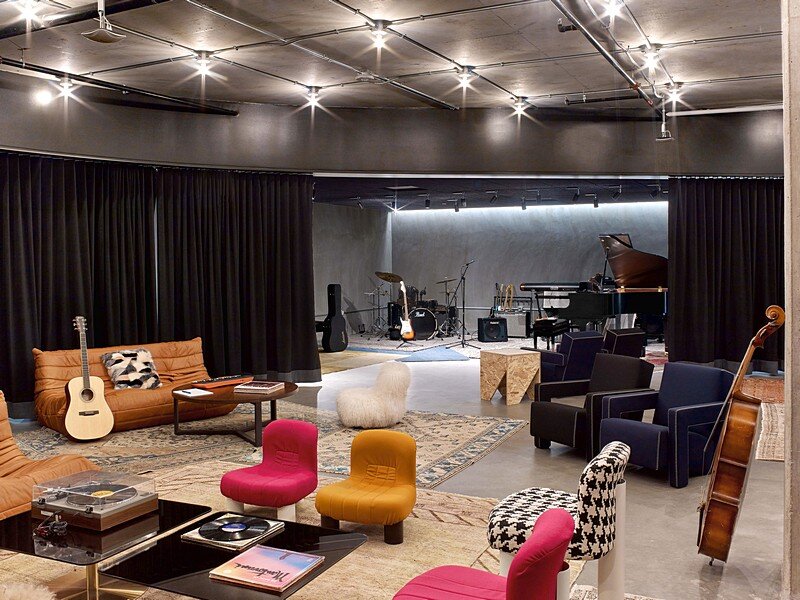 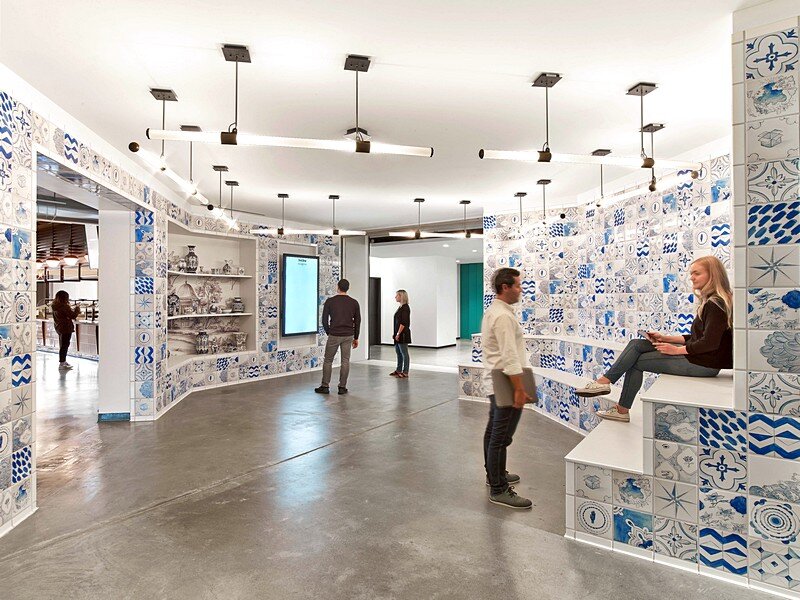 A Minimalist and Futuristic Sales Office from Shanghai

The Brick Works for Boultbee Brooks by Oktra

As-Built Arquitectura has a new office in Ferrol