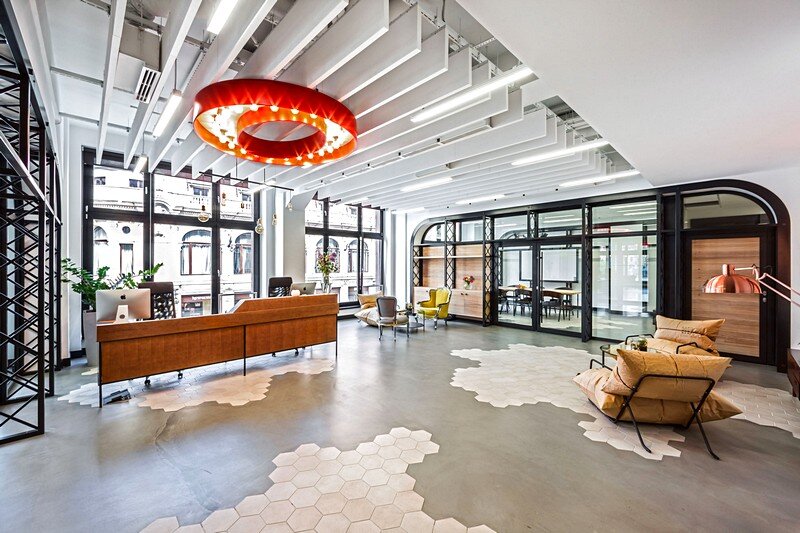 We really had to work for a long time to find a place, which would combine this non-corporate atmosphere, prestigious location along with a piece of history. And here it is! – says Krystian Kolondra, director of Polish agency Opera Software.

The designers from mode:lina™ studio have faced a challenge of planning an interior project for Norwegian company Opera Software, creator of the popular web browser. The company headquarters are located in two prestigious town houses in the hearth of Wroclaw – one from the beginning of the XIX century and the second from 1913 – which the owner is Zbigniew Grycan. 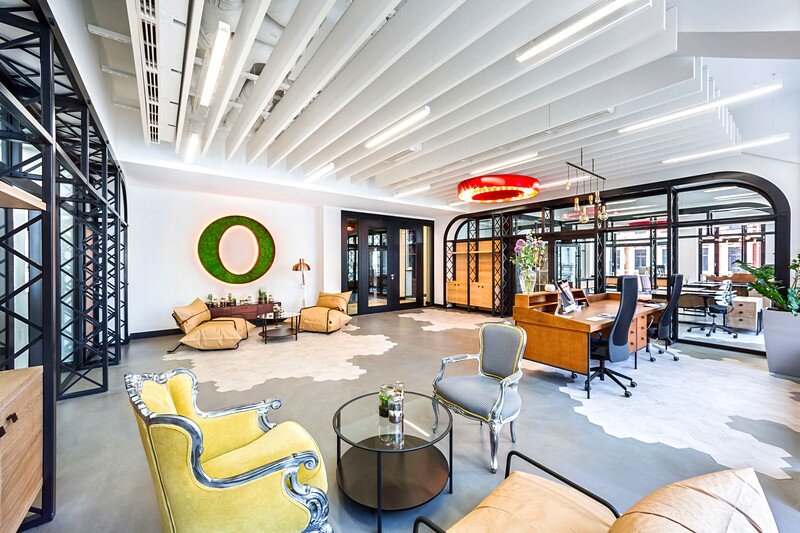 Despite the fact that the roots of Opera Software lie in Norway, its Polish agency is closely connected to Wroclaw. Moreover, business centre Hieroniumus (the so-called Glass House) is an extremely important building for people, who live in Wroclaw. As a result, the city architecture has inspired the designers during the design process of the company’s interior. 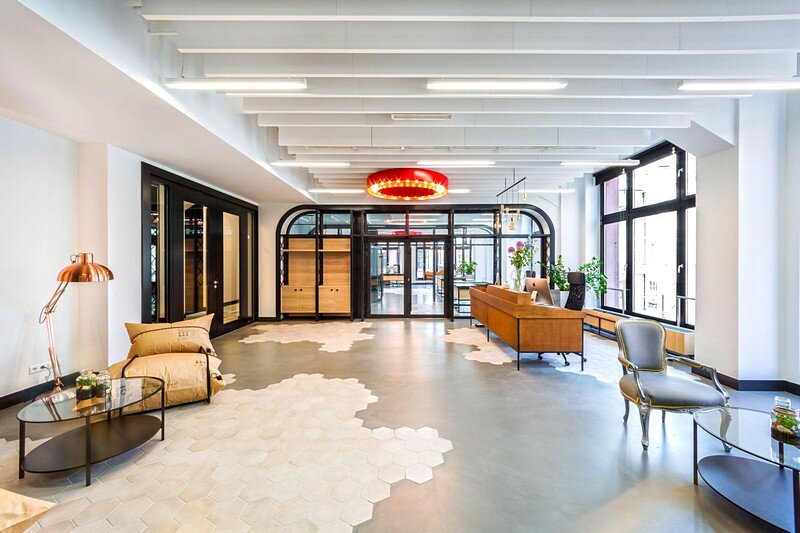 Given the stylistic preferences of employees and the atmosphere of the city – the final result has been preserved in the industrial, the so-called, loft style. 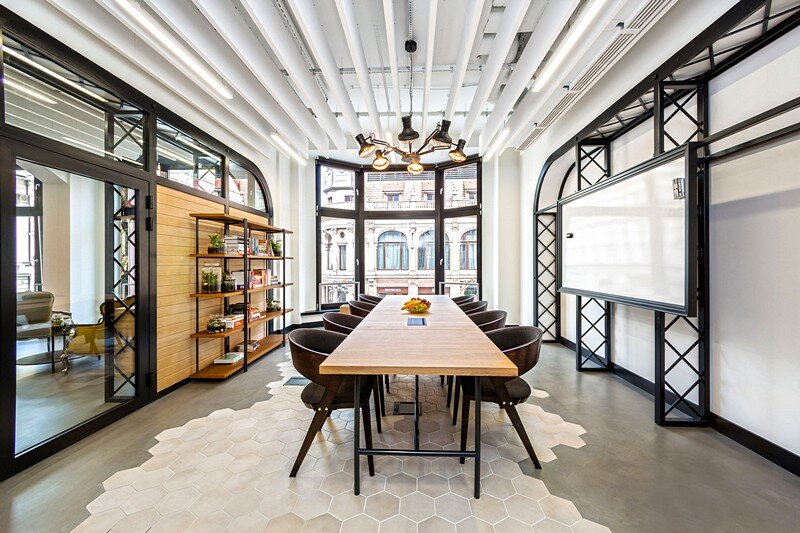 Thus, the picture of Wroclaw as “the city of one hundred bridges” has became the main theme of the project. Constructions in the shape of arch, grates and colours directly referring to the most popular spices are dominating inside the building. 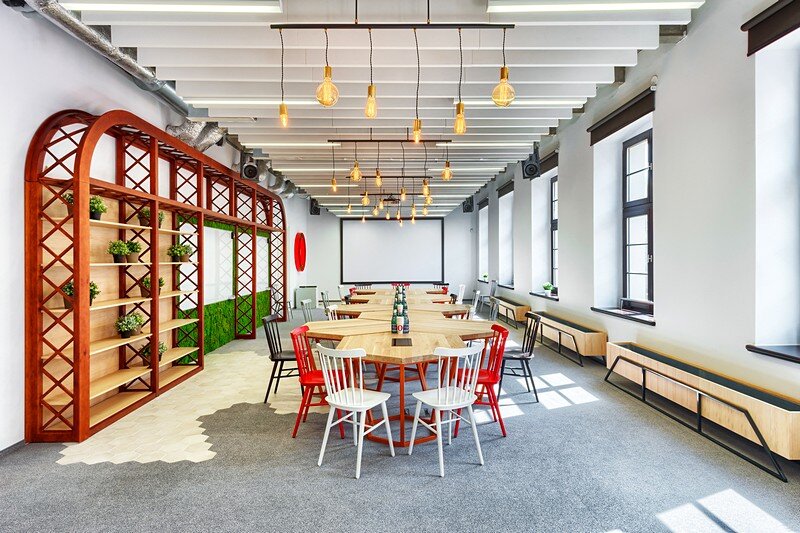 The arrangement of the kitchenette is an abstract, but recognisable reference to the architectural icons of the city, such as the construction of Market Hall, Central Railway Station hall or Szczytnicki’s Park. 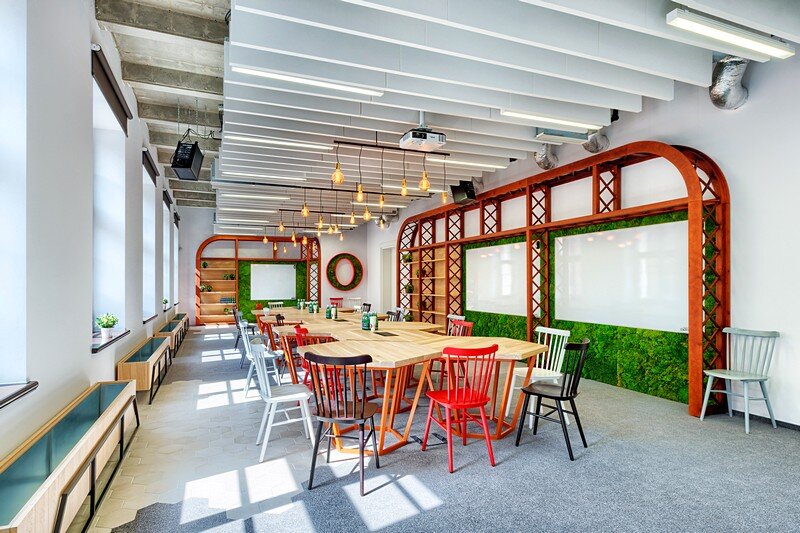 On the contrary, meeting rooms are directly associated with computers and IT branch: there is an integrated circuit, fans and decors, which are made out of nearly one thousand old floppy disks and over two hundred keyboards! 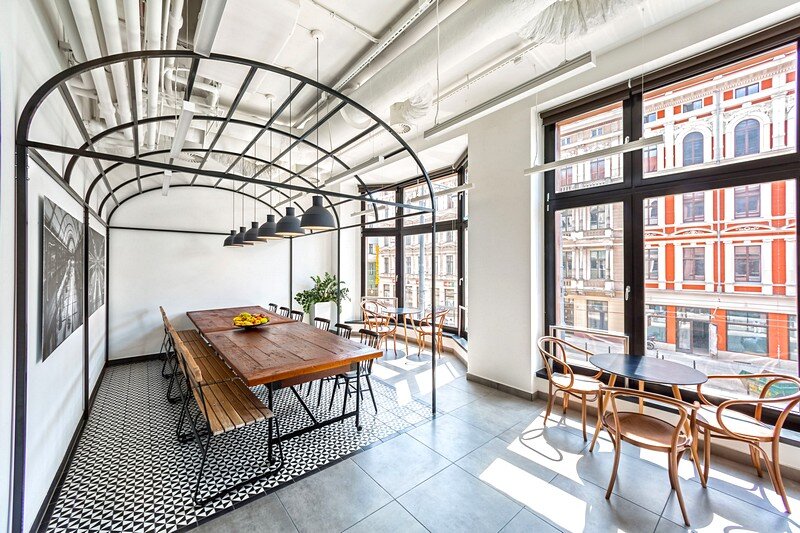 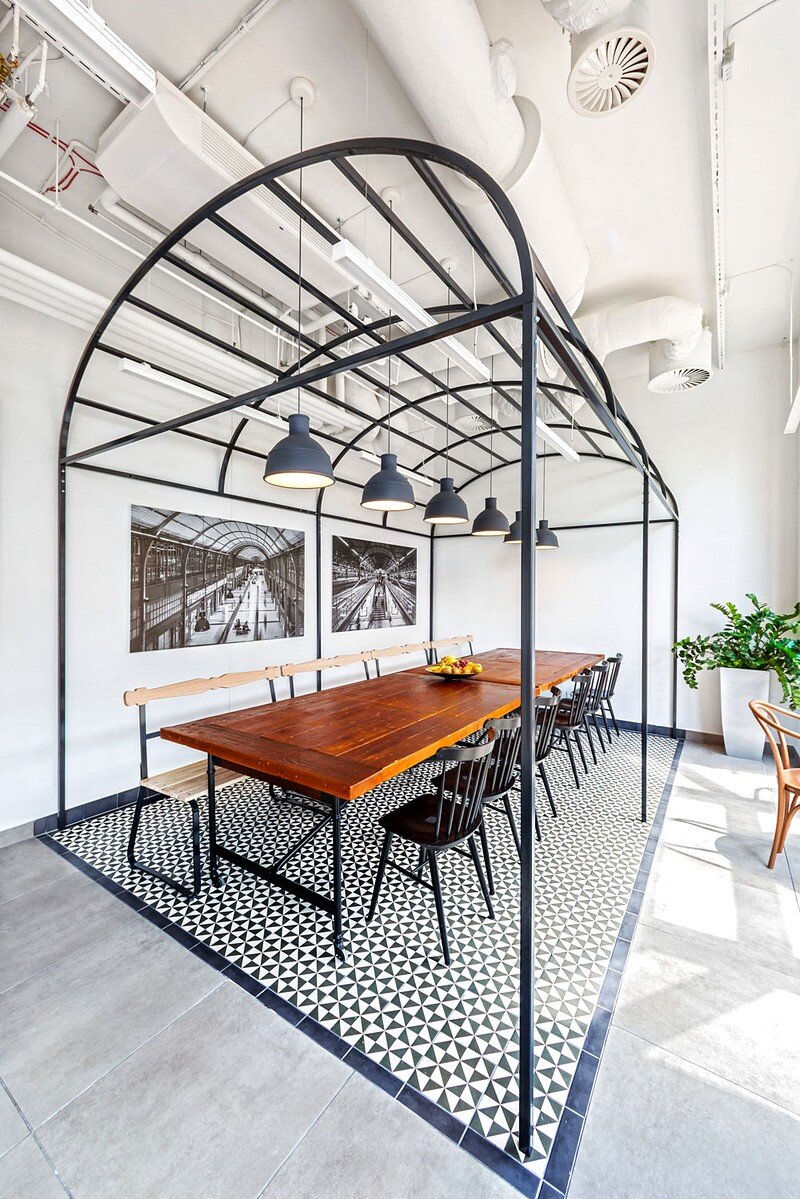 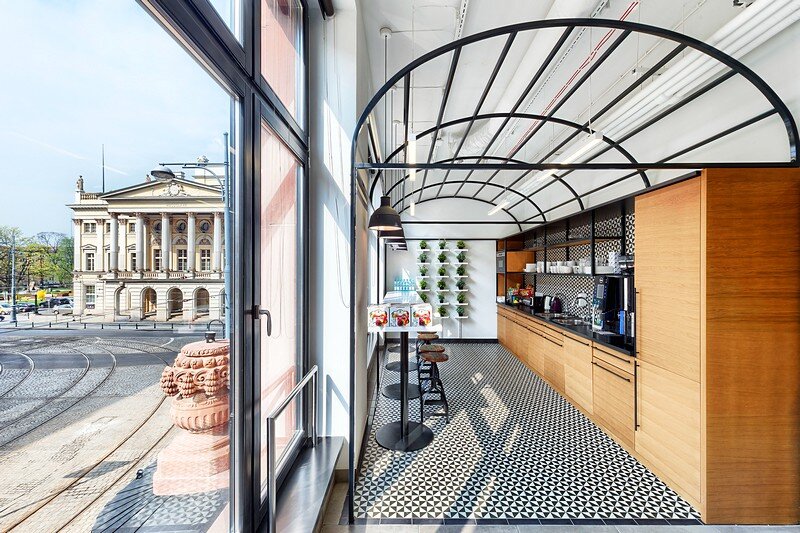 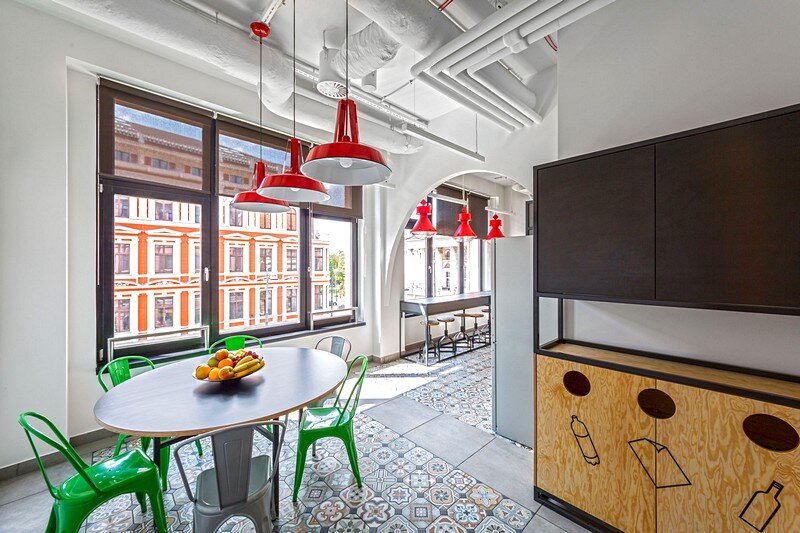 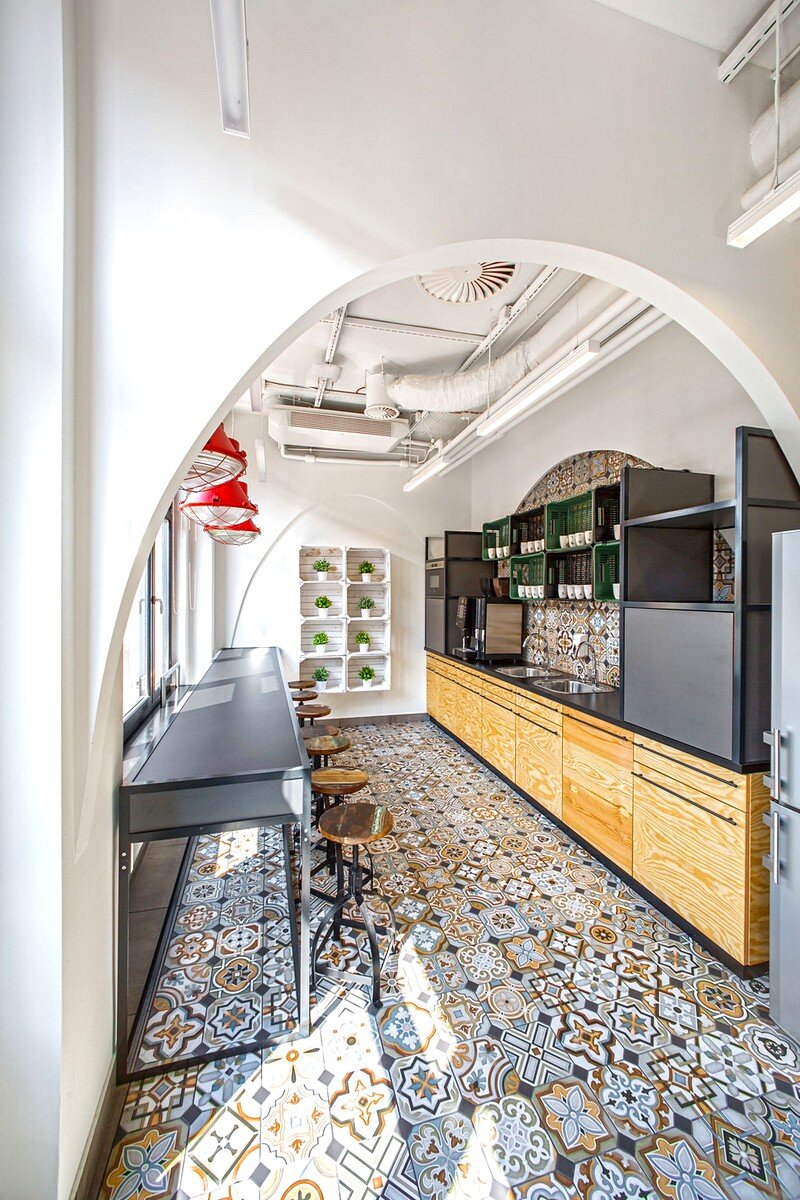 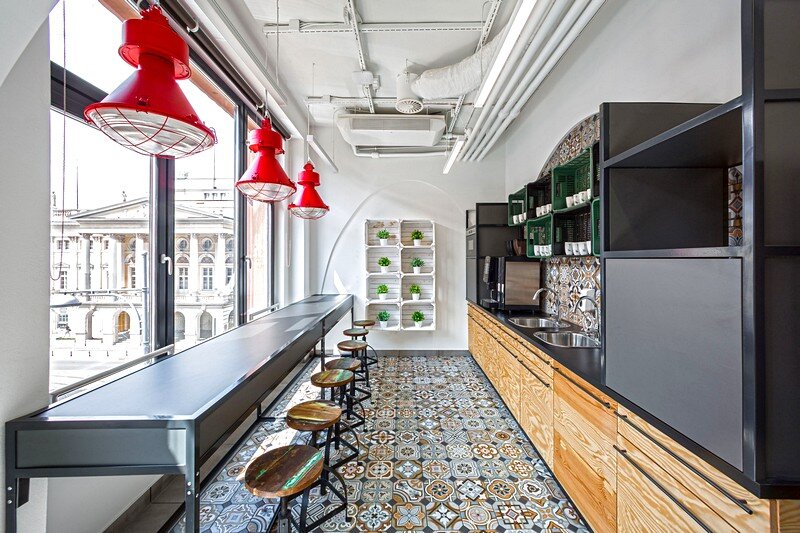 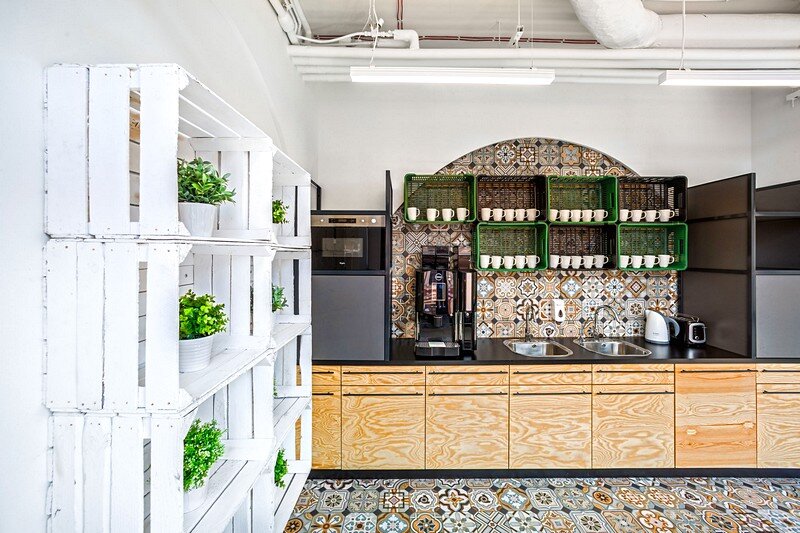 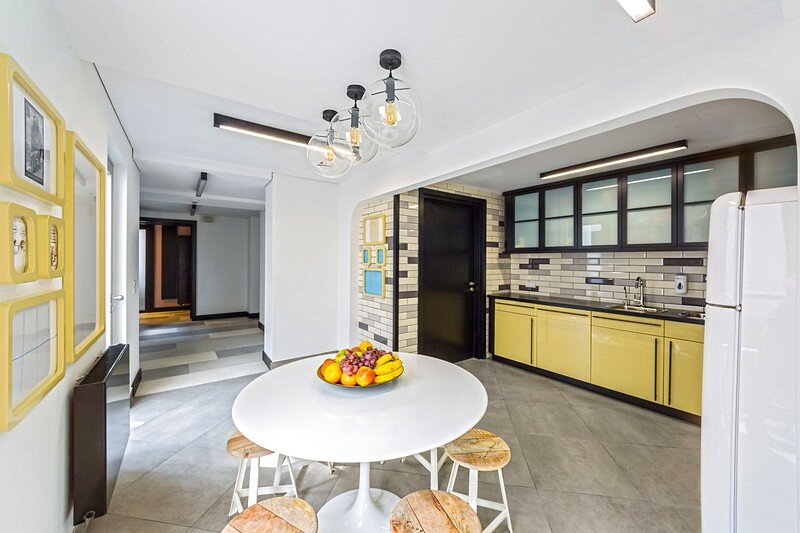 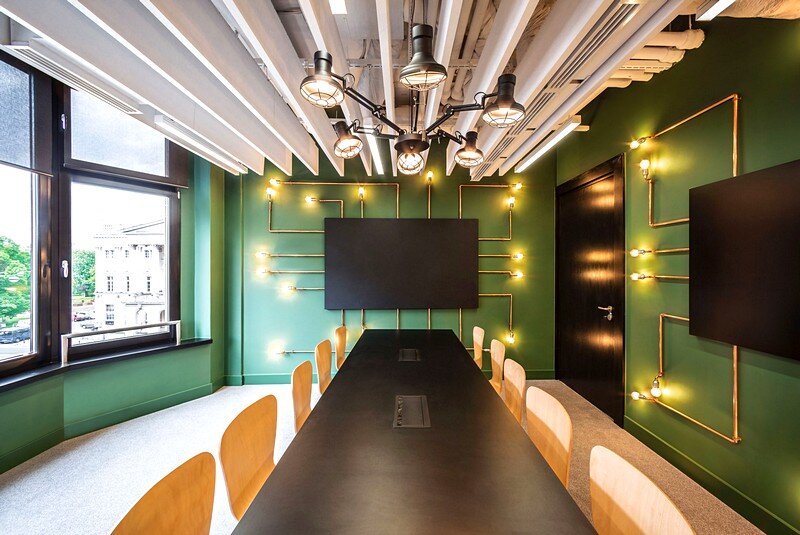 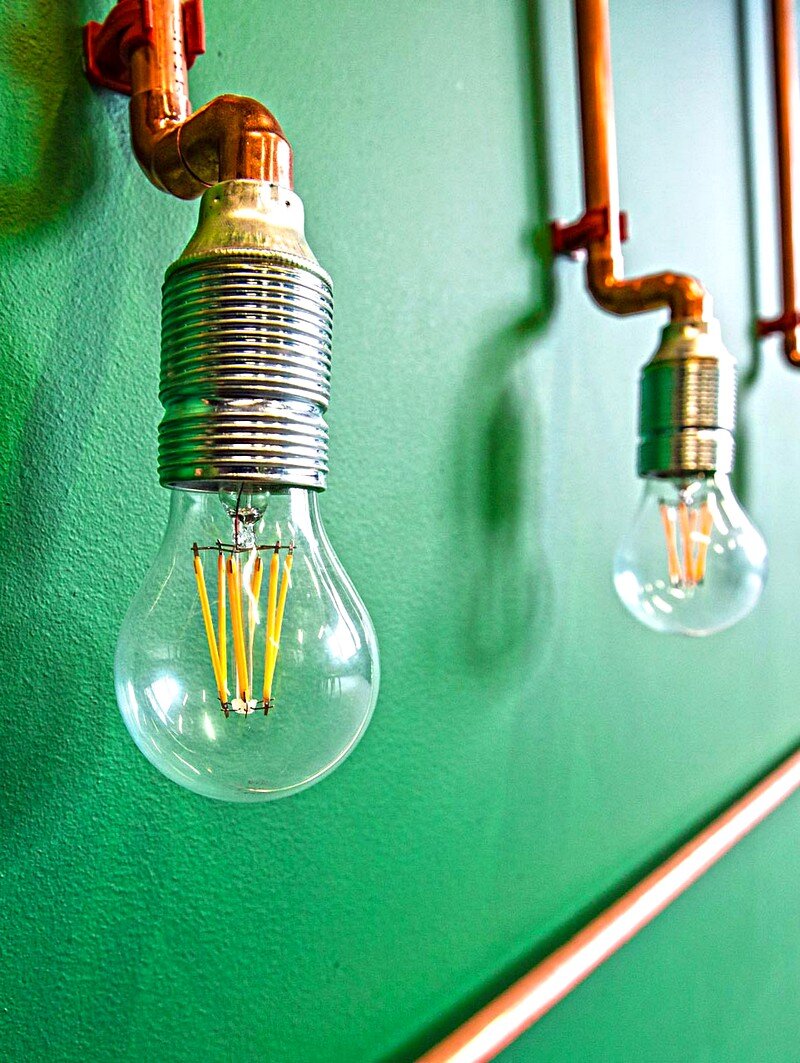 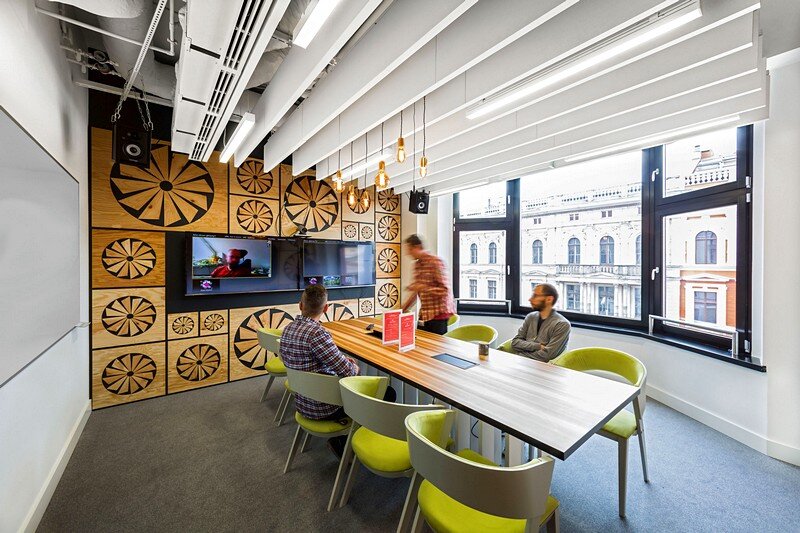 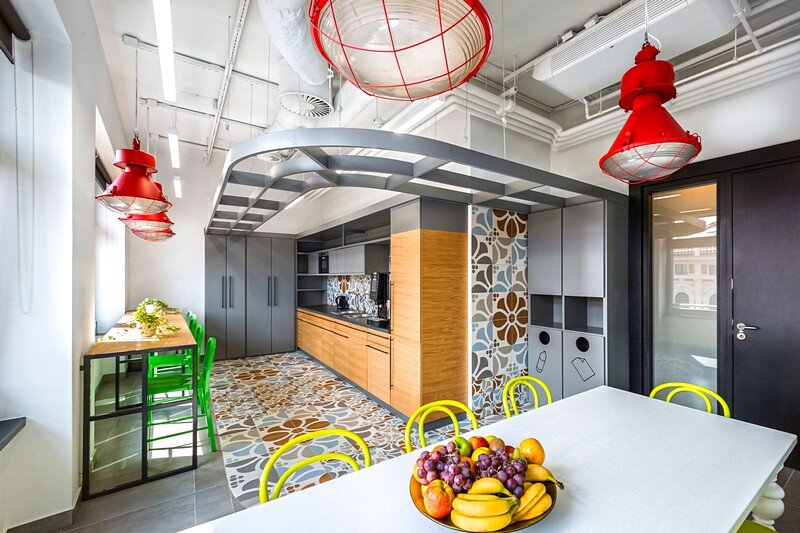 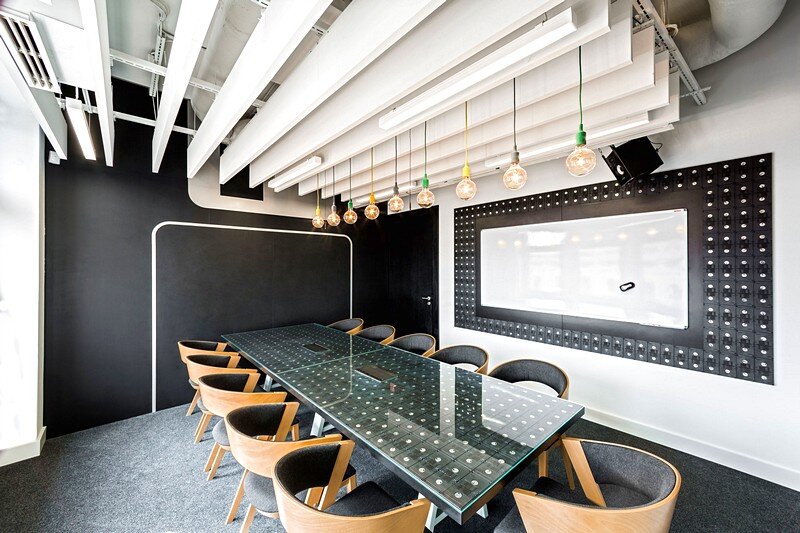 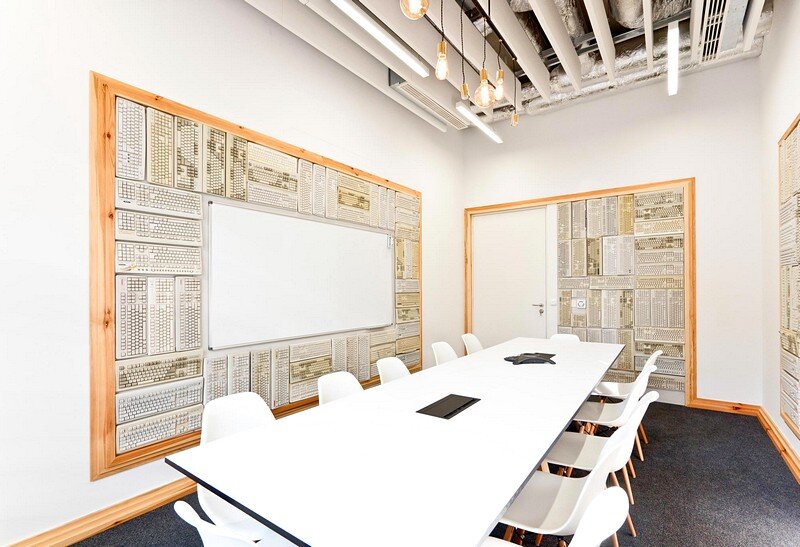 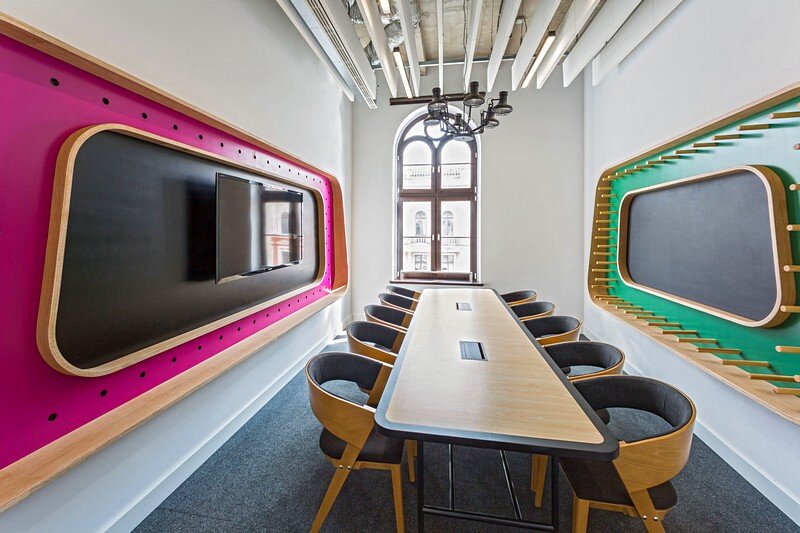 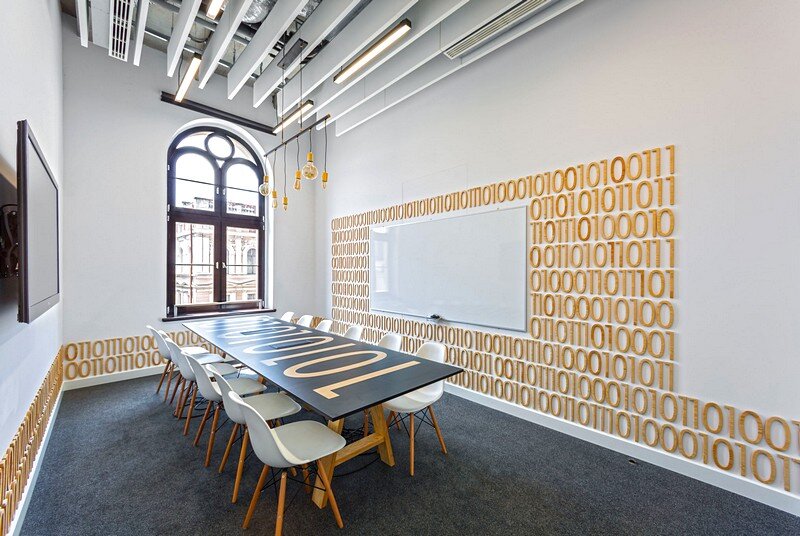 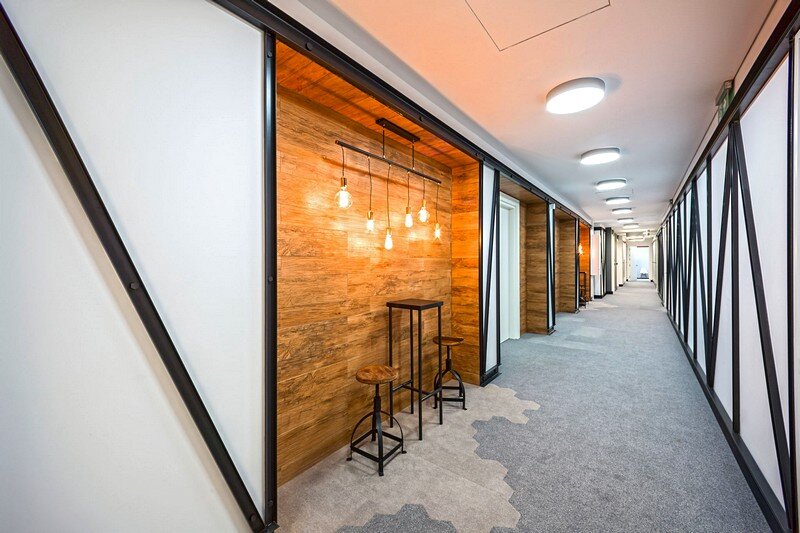 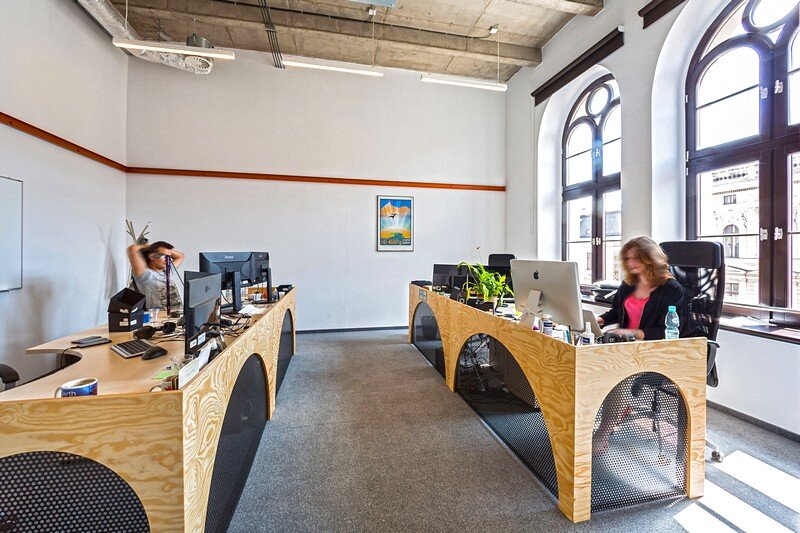 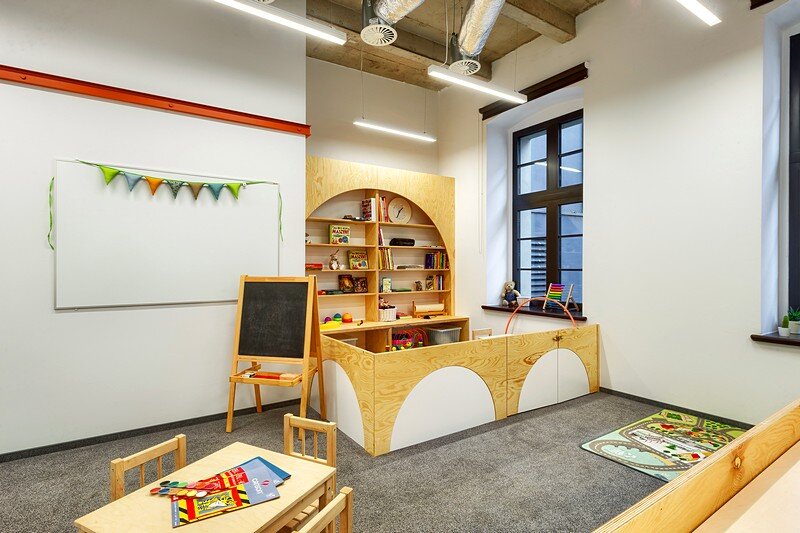