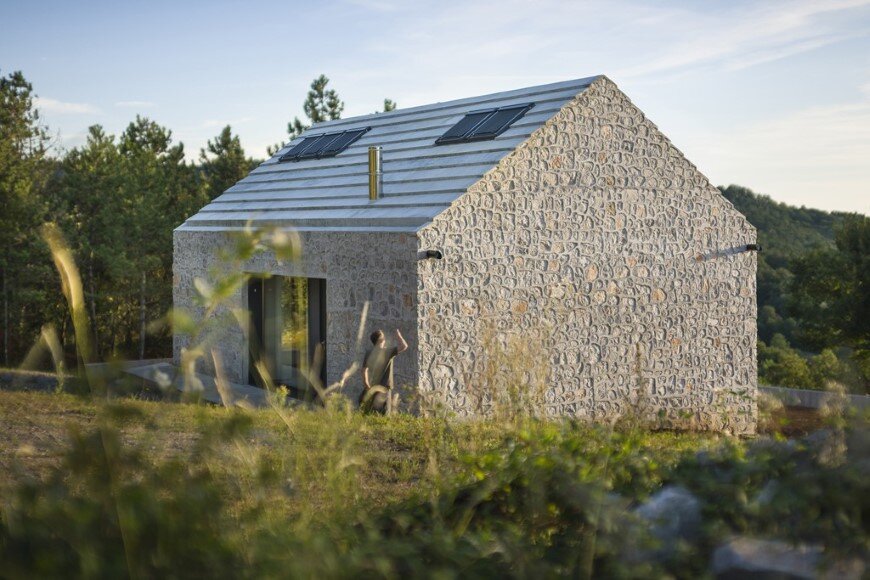 Compact Karst house was completed in 2014 by the Ljubljana-based Dekleva Gregorič Arhitekti.

The architect’s description:  The region of the Karst was once covered with Oak trees that Venetians extensively used to build up the City on water. They left the wind to peel off the earth revealing limestone ground. In this landscape, the tradition of small, compact, stony and almost windowless houses developed and has remained until today. Following this tradition determined the design of a small compact stony house, corresponding to the needs of the young family and current technological principles. The redefinition of a traditional stony Karst house led to the concept of the proto-house as a compact, stony, pitched roof volume for contemporary countryside living in this region. The house is conceived as a monolithic volume with two inserted wooden volumes connected with an interim landing. 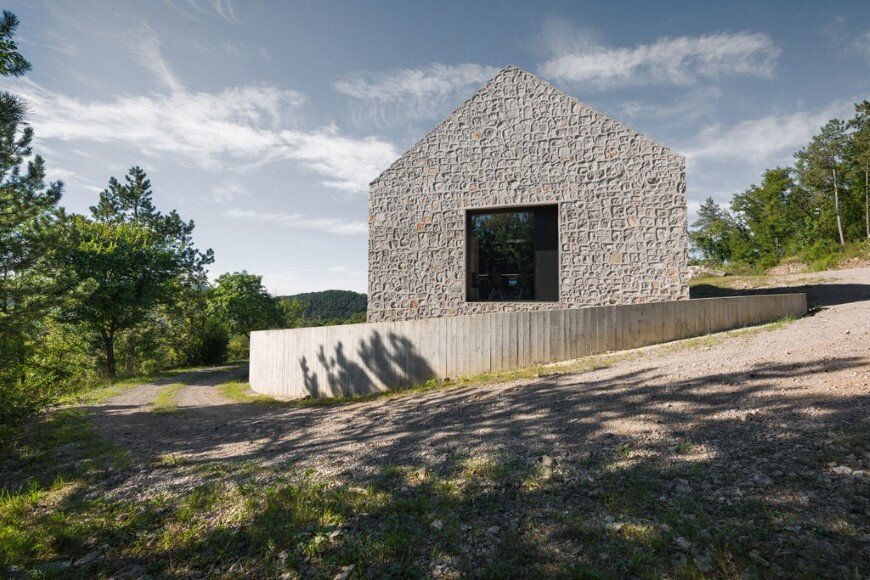 The ground floor operates mostly as a public or semi-public space with multiple grand landscape views, whereas on the other hand the upper floor stands very private, with sky views only. The space is divided with two inserted wooden volumes which contain a kitchen with dining or bathroom on the ground floor, and a master bedroom and children’s room on the upper floor. The house in a house concept allows each bedroom to perform as a primarily wooden pitched house, where one literally feels like sleeping in his own (symbolic) house and not a room. The bridge connecting both houses acts as playroom. The house has three large square windows which look out on views towards a hilltop church in Italy to the west, forest to the south and entrance platform to the east. 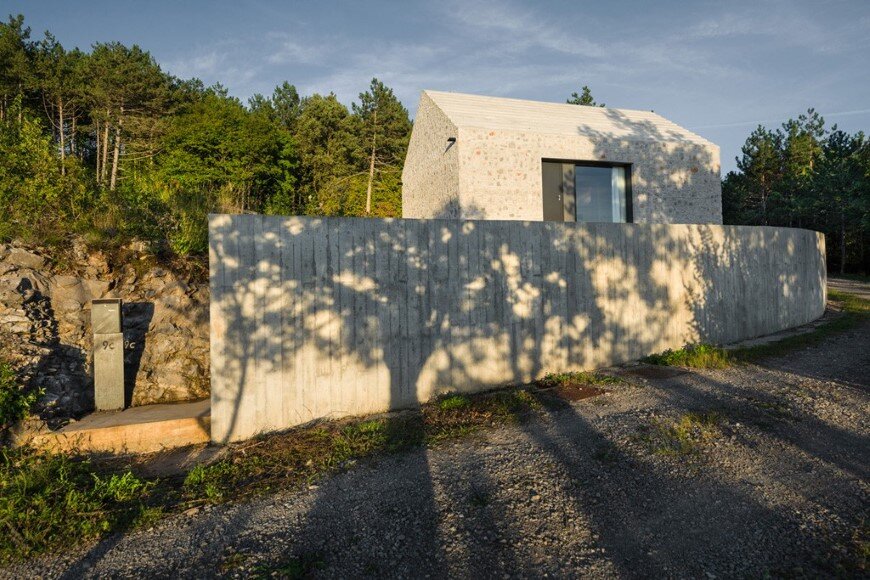 The redefinition of a traditional stony Karst roof, with its texture, colour, material and its steep inclination is executed as a contemporary concrete interpretation, with intense technological ingenuity. A materially inseparable connection between the facade and the roof is a key allusion to the image of the traditional Karst village. 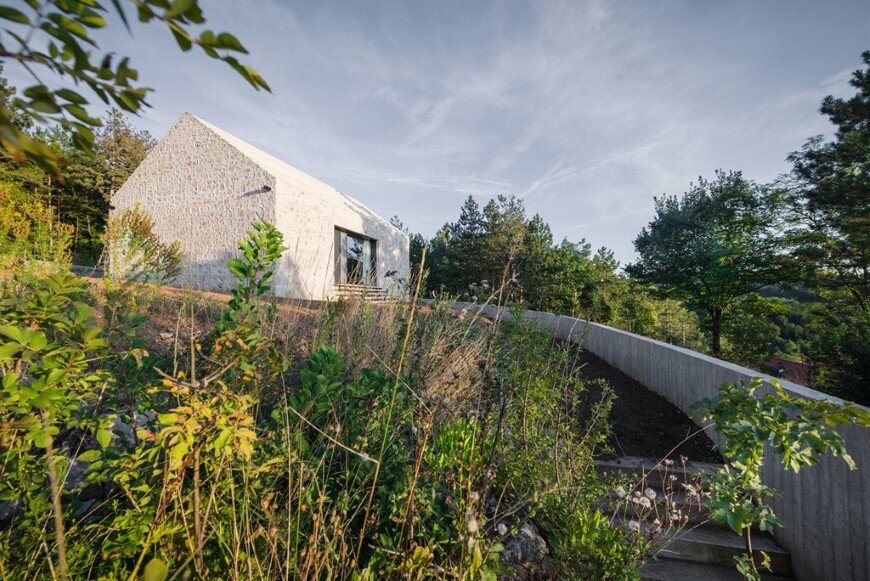 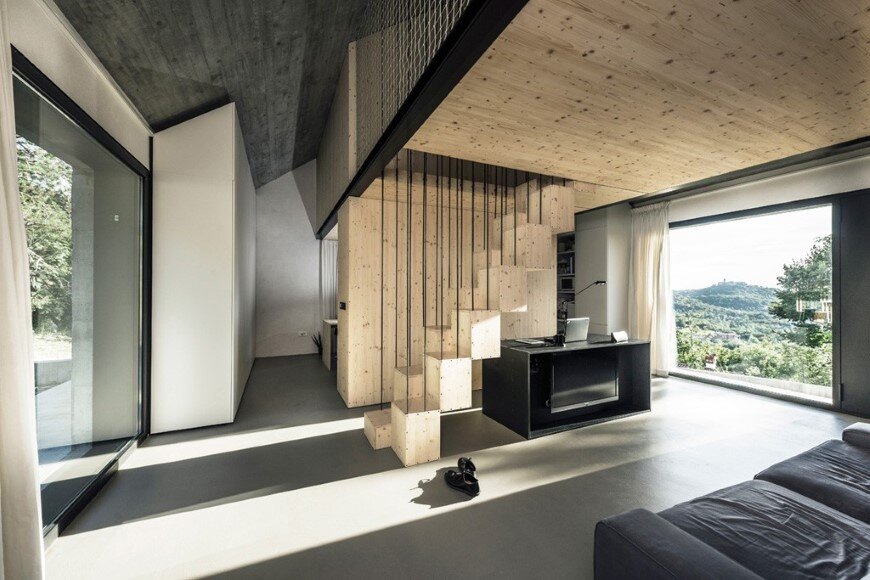 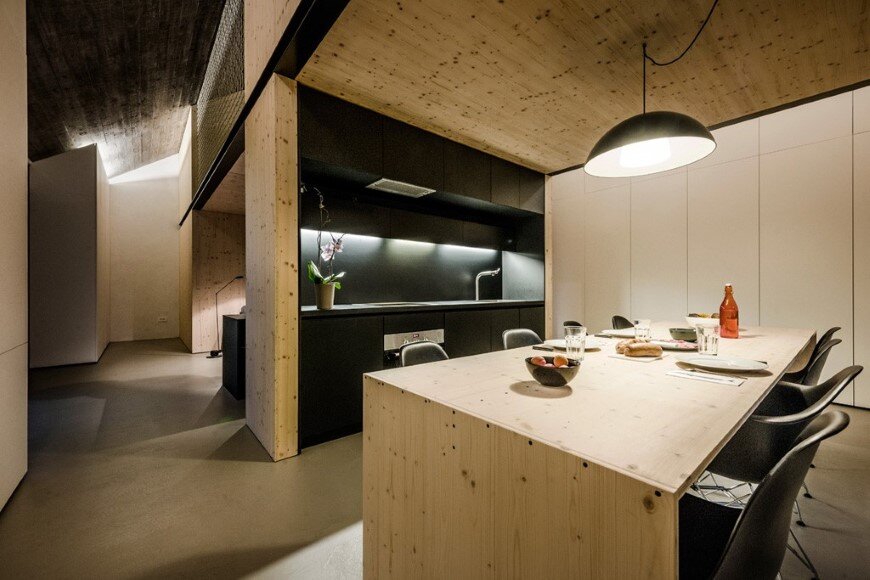 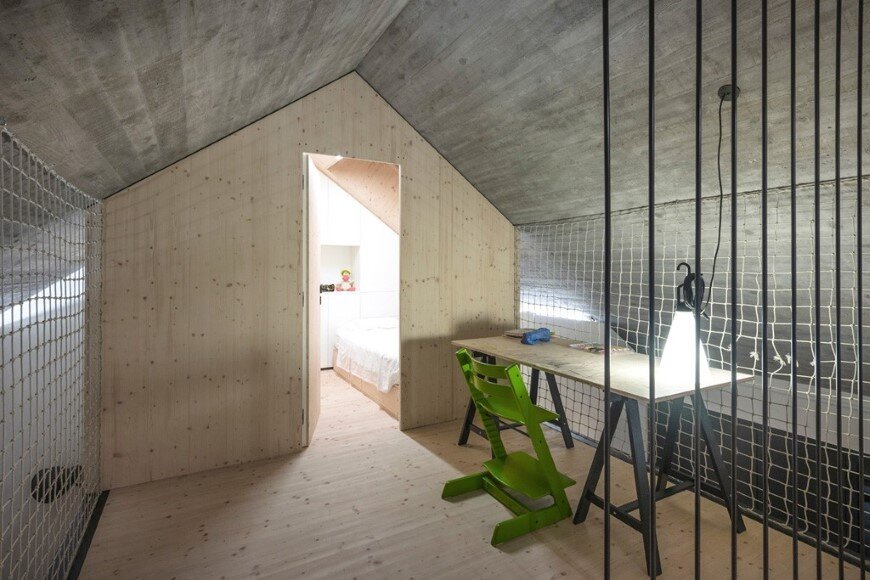 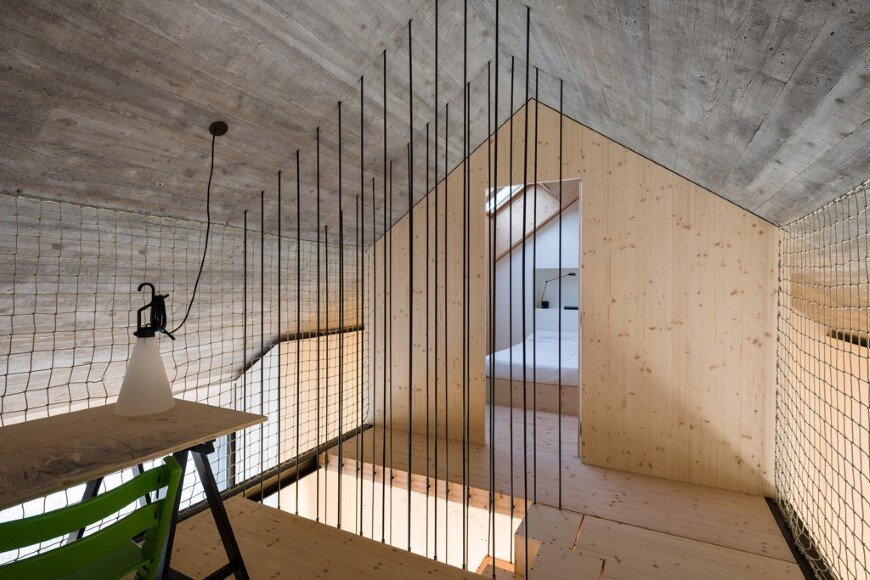 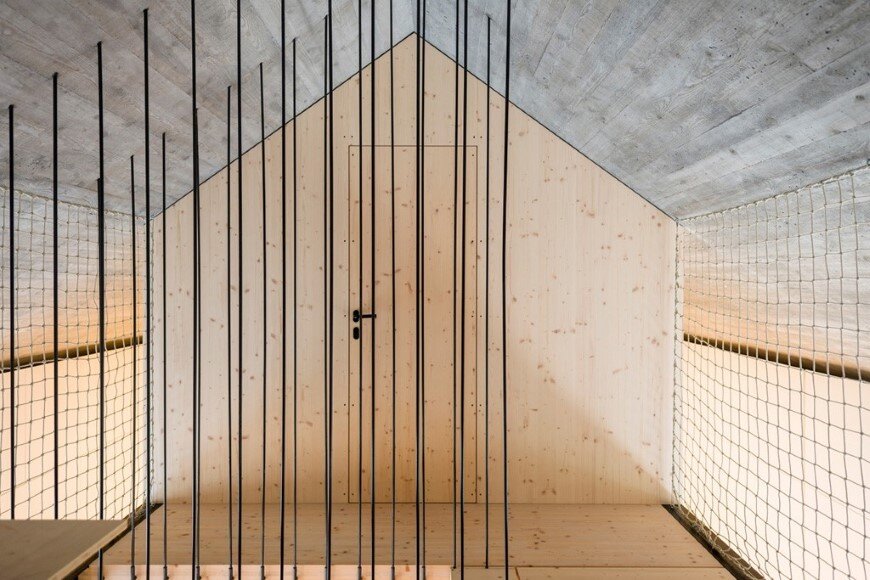 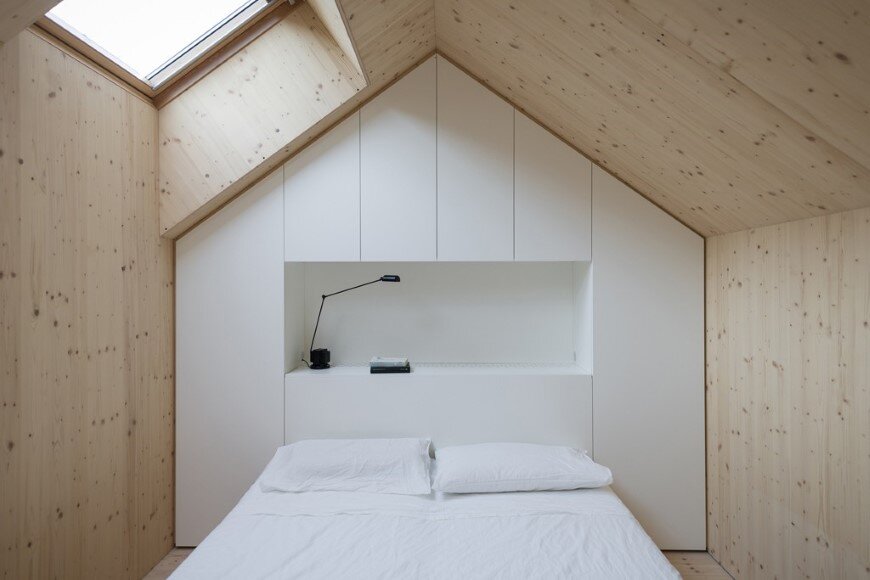 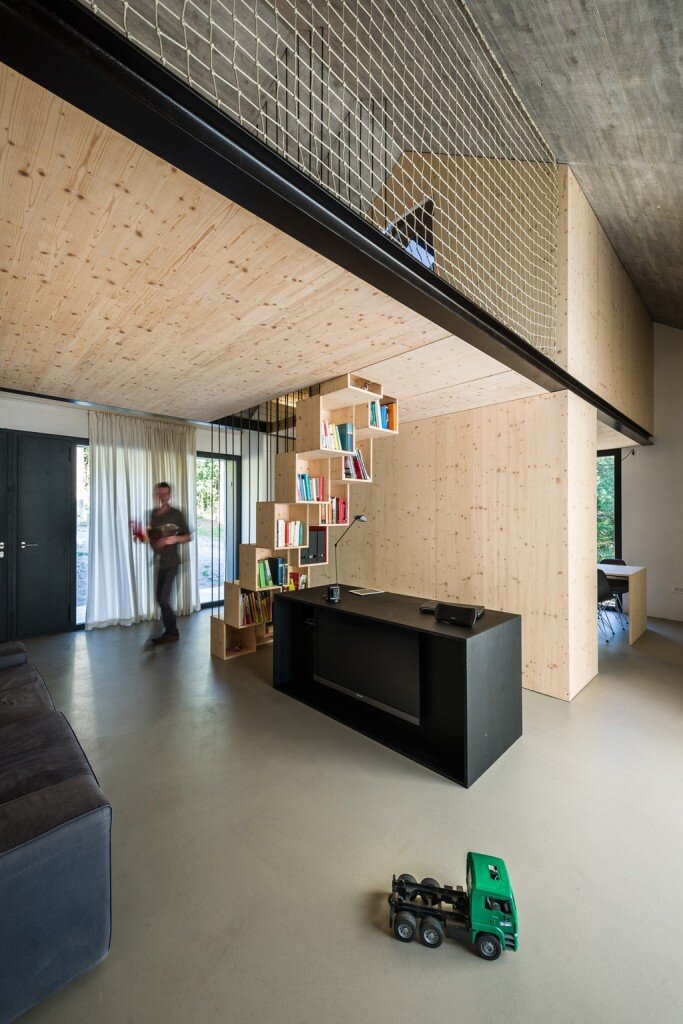 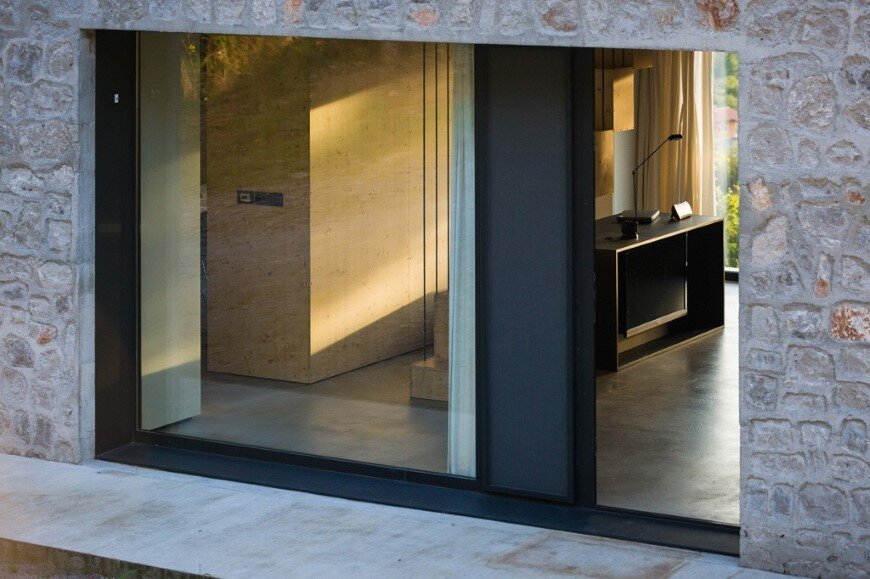 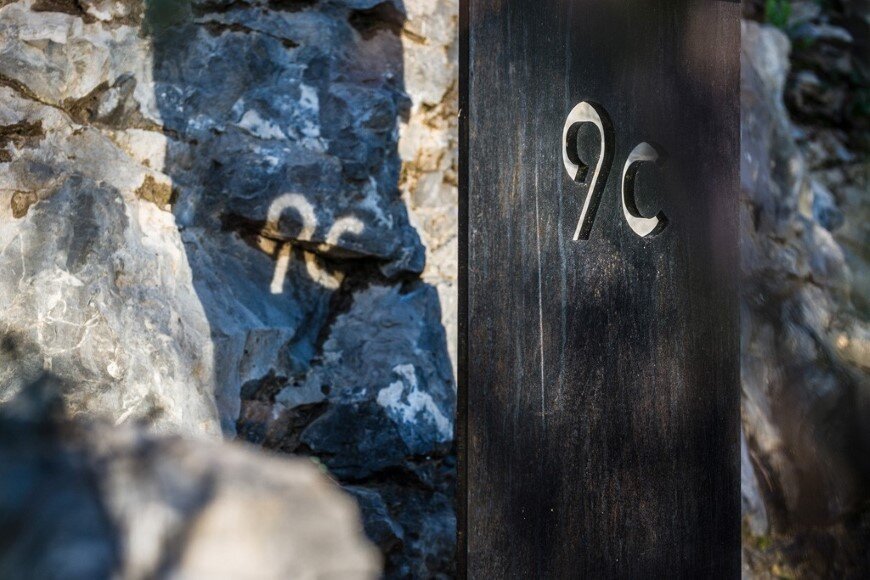 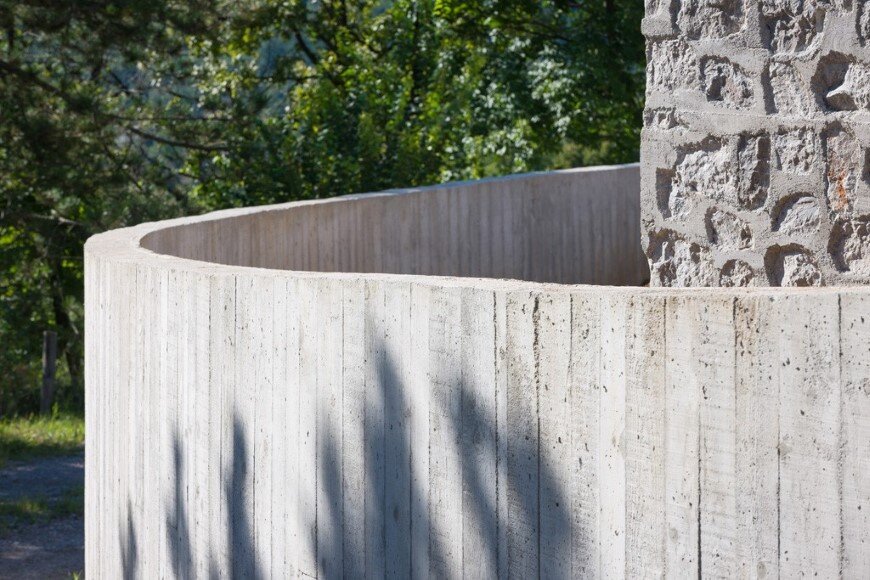 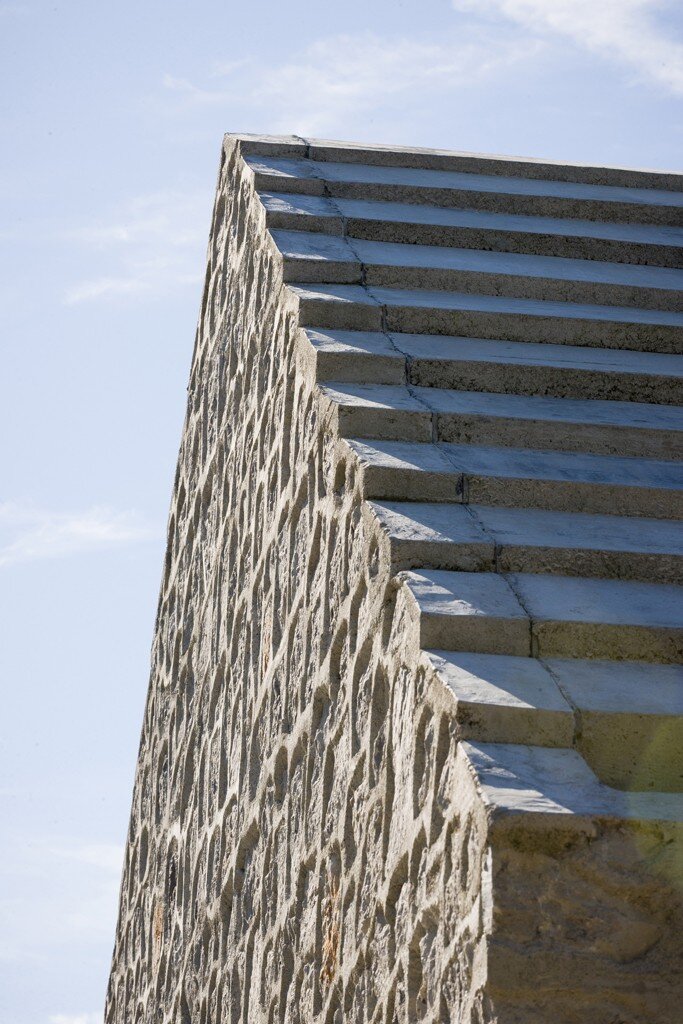 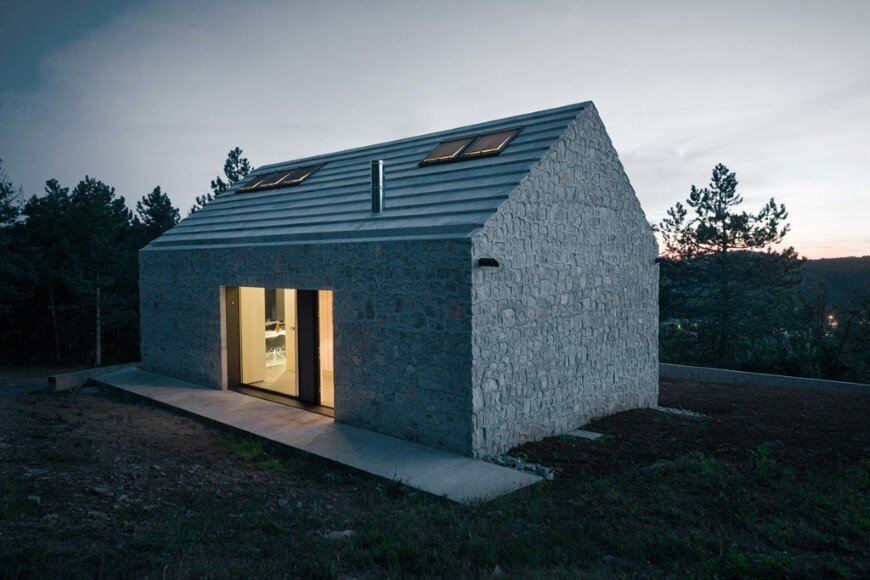 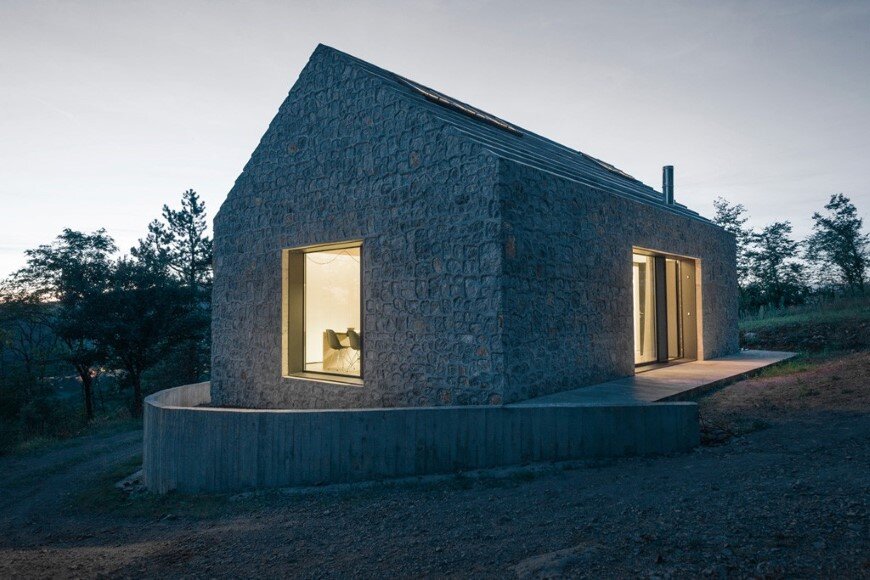 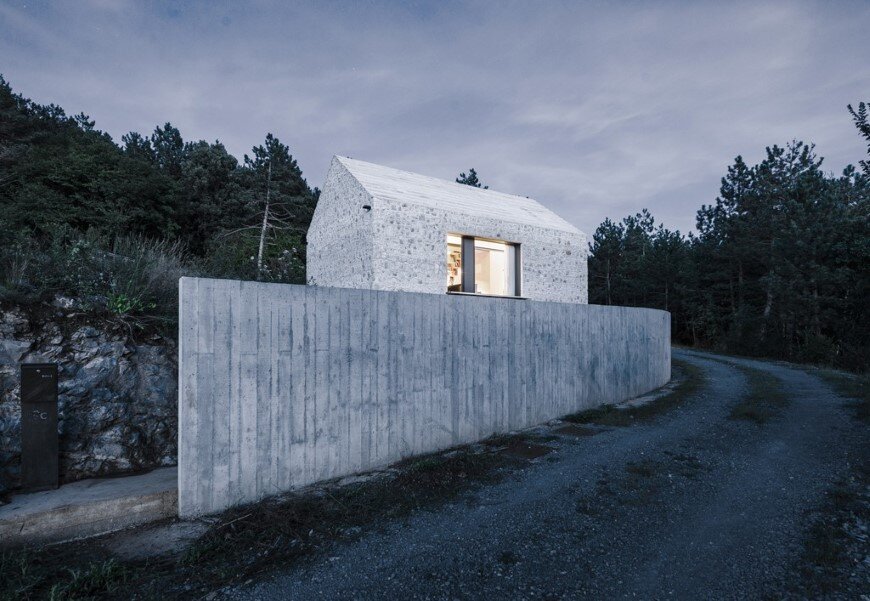 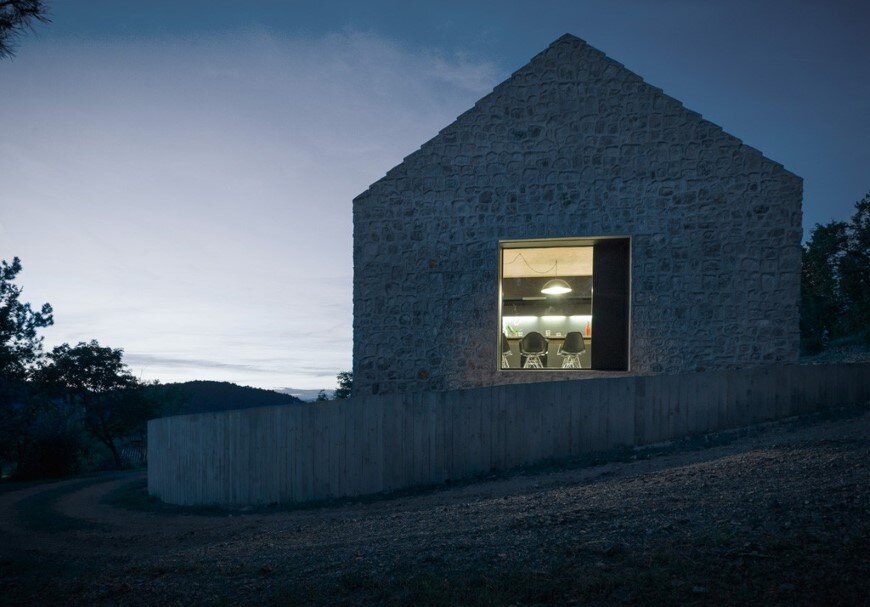 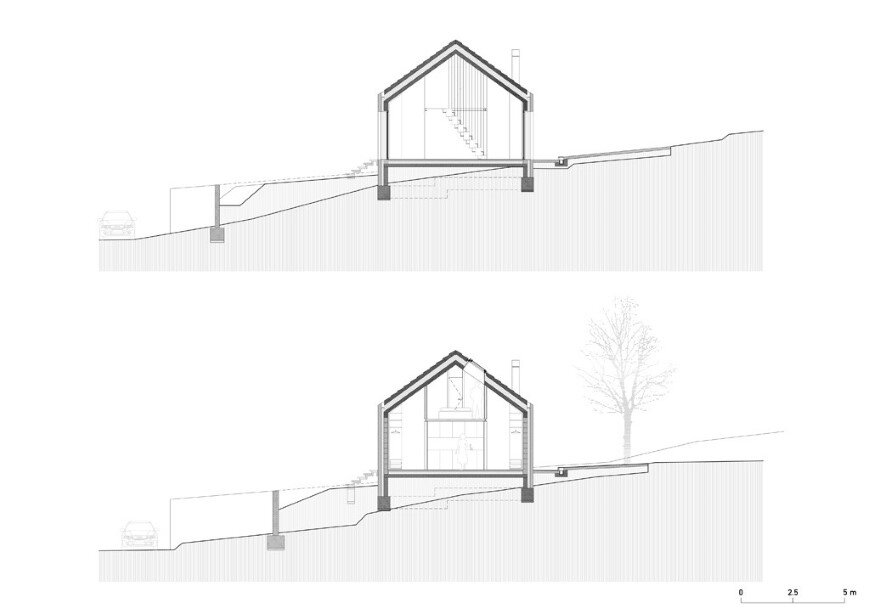