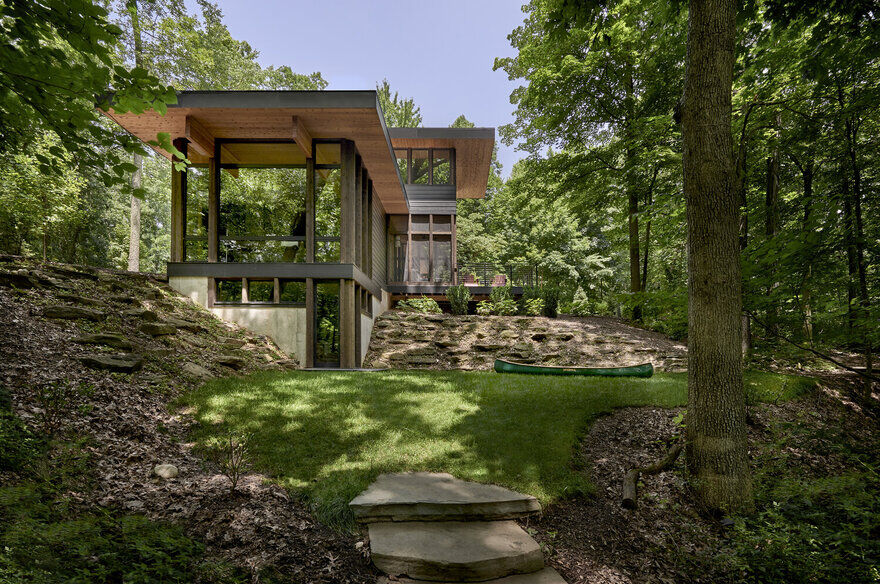 The clients had searched five years across four states to find a site for their weekend home that spoke to them. The Lawless retreat was to be everything that their Chicago residence – a lofted space nestled within the attic trusses of a converted church – was not. The loft is in the heart of the bustling Wicker Park neighborhood; they sought serenity and a slower pace.

The loft features a highly curated collection of sleek European contemporary furnishings; they were inspired by the idea of a sanctuary with a modern sensibility but also rooted in its place with hand craftsmanship felt on scales big and small. The loft’s views of the downtown skyline are finely calibrated to maintain a sense of privacy in the dense neighborhood; they sought an abundance of transparency and a direct connection to nature. 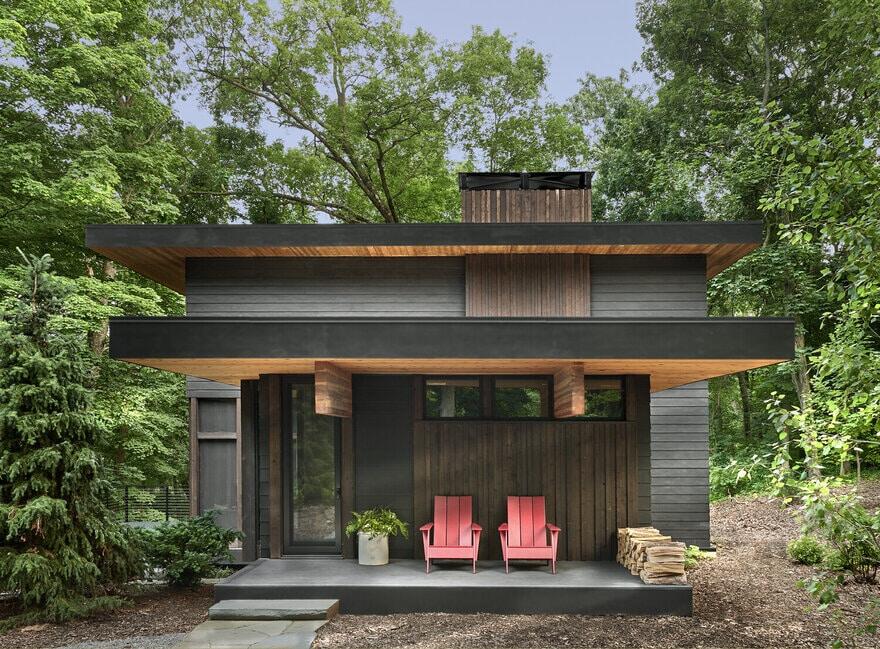 Overnights in a tent on the three properties that made it to the final round assured them that their ultimate pick – a strip of land with a valley and a small creek at its center, nestled along the edge of a state park in central Michigan – was the right choice. On a brisk autumn morning, with stakes, lots of orange tape and the design team in tow, they set out to establish the final positioning of the Lawless Retreat – just below the north ridge at spot with an expansive view down the valley in the winter and perched within a canopy of leaves in the other three seasons. 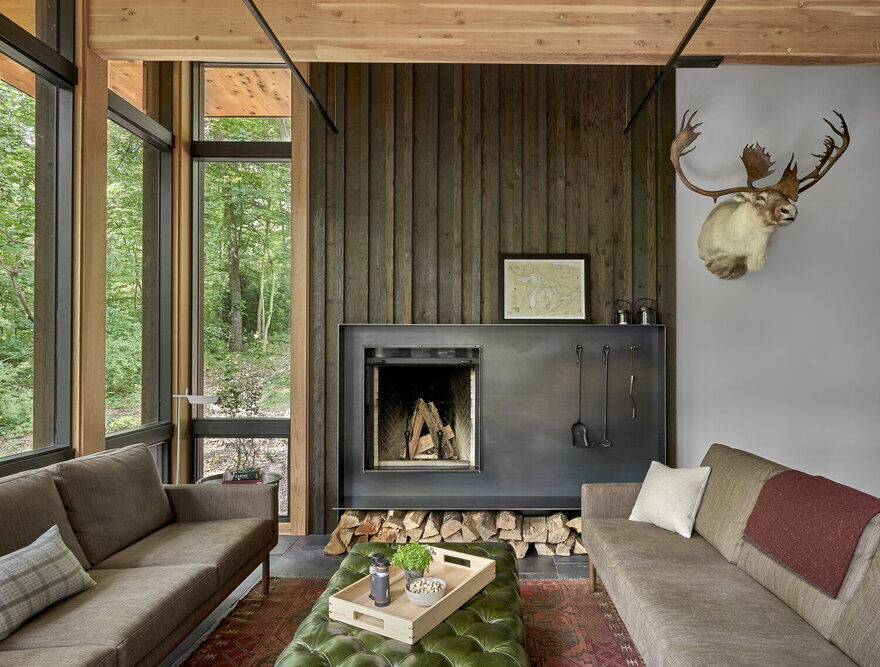 The progression – both in scale and in transparency – from the shaded and low-slung front porch through the structure, terminating with the living room’s expansive view into the woods beyond is this home’s defining feature. A pair of glulam beams running the length of the house reinforce a sense of movement and order as the interior floor levels terrace down, following the site’s terrain. Although the floor drops just a tad over five feet in total, the effect is dramatic; arguably to a far greater degree than if the floor remained level and the ceiling was the stepped element. 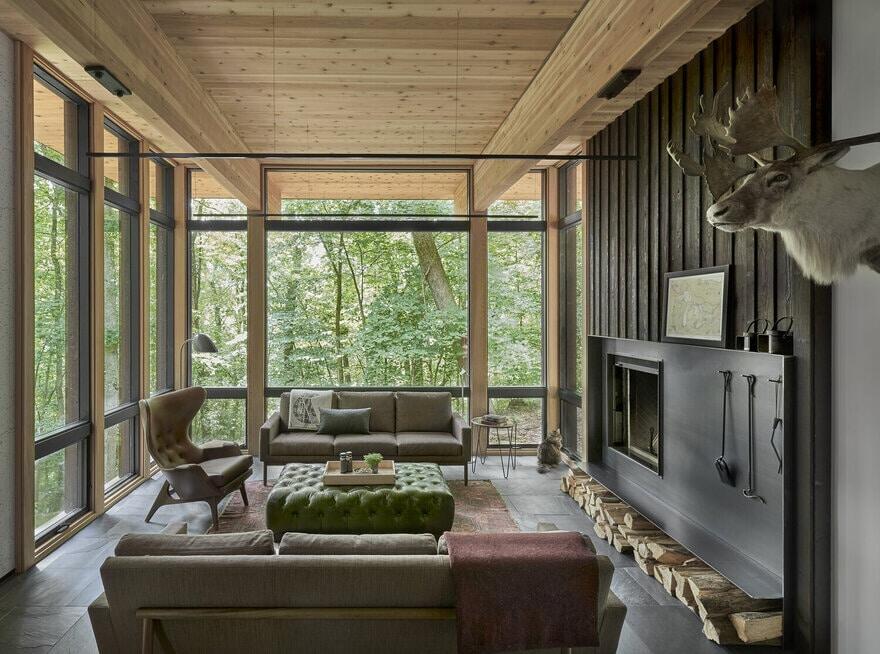 The entry axis crosses a secondary axis which includes a stairwell on one end and a screen porch and deck on the other. The secondary axis rises up to the top-level master suite and down to the lower level.The intersecting axes are expressed on the exterior as two contrasting volumes. A three-foot module was used to lay out the house, instilling a sense of overall unity; its regimented ordering stands in contrast to the wilds of the site beyond. Two materials define the exterior – cedar (both untreated and charred) and obsidian lap siding. While a black house in other contexts might be defined by its bold distinctiveness, here it serves as a quiet background to the lush mix of maple, oak, cedar, aspen, and ash trees that envelope the site. 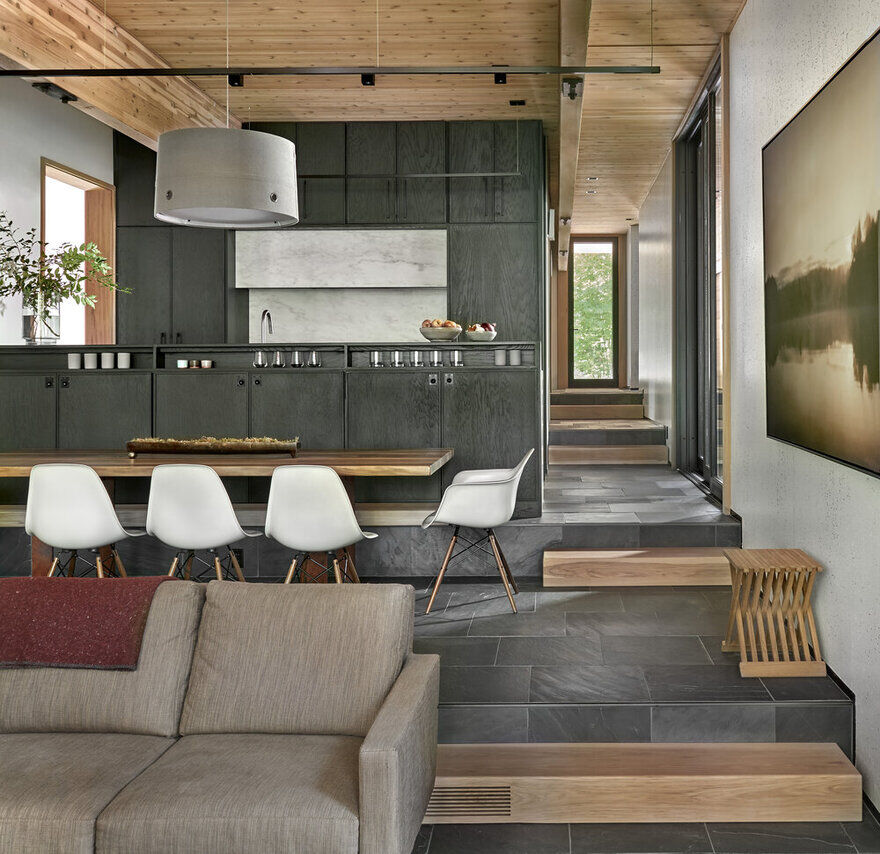 An acute concern for materiality extends to the interior. Naturally clefted black slate floors are a constant, lending a layer of organic texture to the organizing module. The untreated cedar roof overhangs extend directly inside where a warm glow is provided by a series of barely visible suspended light fixtures. Most of the home’s cabinetry, built by local craftsmen, is also untreated cedar. The exceptions to this being the kitchen and master bedroom millwork which is oak dye stained in a deep, deep green. The charred cedar from outside reappears at the main fireplace surround where it is contrasted with hand worked blackened steel. In the three-story stairwell, the ash steps wrap around an ebonized oak screen. The contrast of the stairwell’s white walls to the randomly spaced screen battens was influenced by the character of the site in winter – dark tree trunks amongst the snow. The main windows of the master bath overlook a small deck and the trees beyond. In its shower a skylight highlights the variated texture and coloring of the handmade tiles that clad its walls. 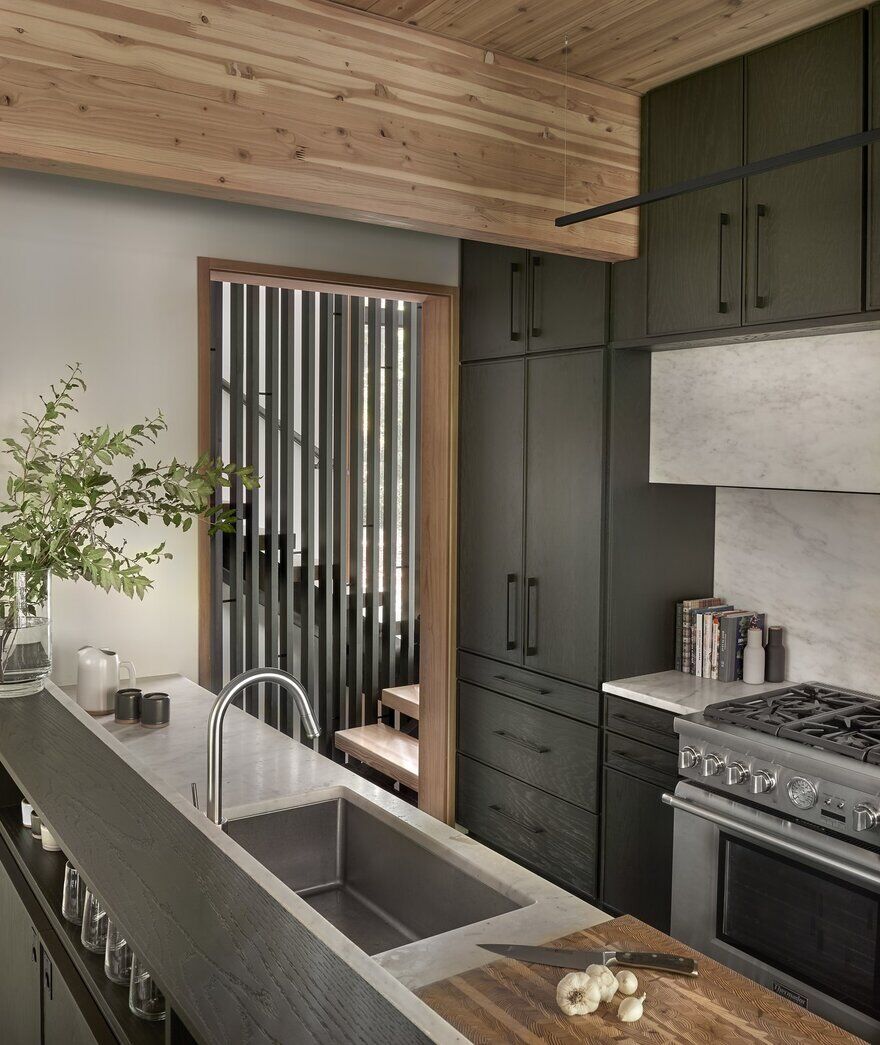 A keen appreciation of the ecology of the site and minimizing the house’s impact on it guided the project. The Lawless Retreat was strategically positioned to stand clear of any mature trees. Where shading is not provided by these trees broad roof overhangs were sized to passively minimize mechanical cooling requirements during the summer while maximizing the reach of daylight into the house in the winter. A geothermal- powered water furnace conditions the house. Here too the geothermal wells were thoughtfully positioned to avoid damage to the site. The charred treatment of the cedar on the house’s exterior will minimize maintenance and extend the longevity of the material. Rot resident cement board lap siding was selected with similar reasoning. While spacious in feel, the house is quite compact, leaving not a square inch of wasted space. On the home’s lowest level Two pairs of bunkbeds and a murphy bed allow the cottage to comfortably accommodate ten people. Thirteen in a pinch. 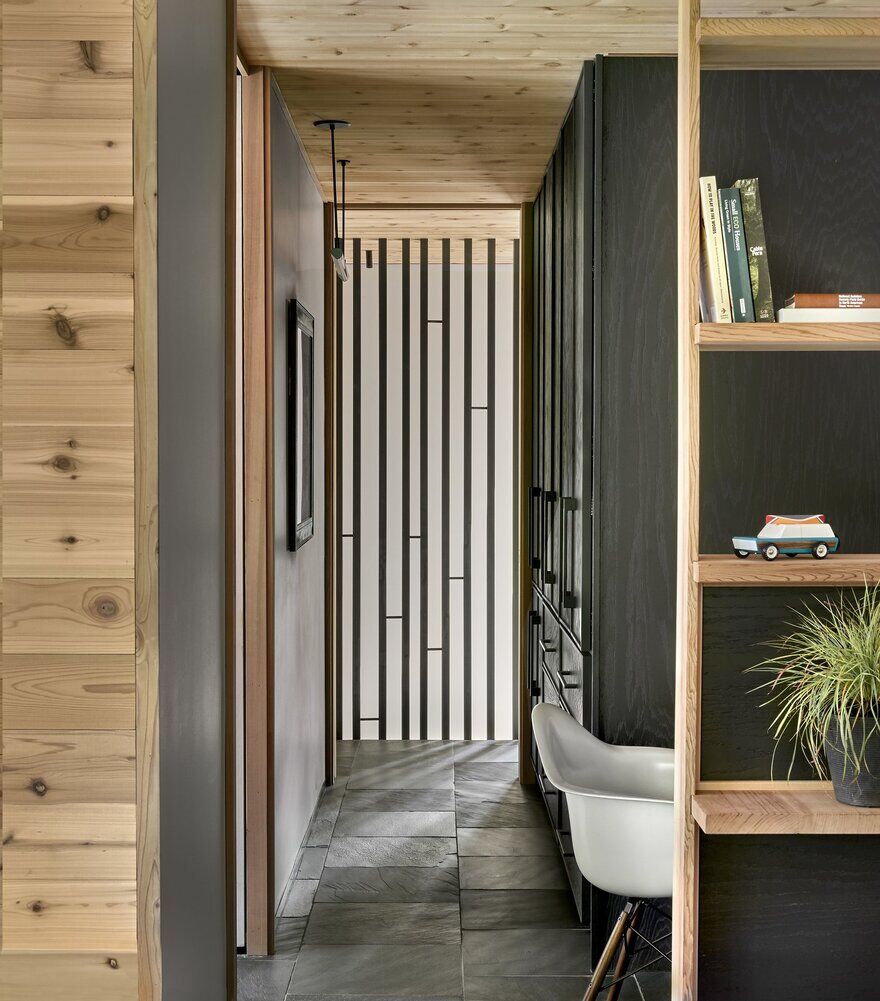 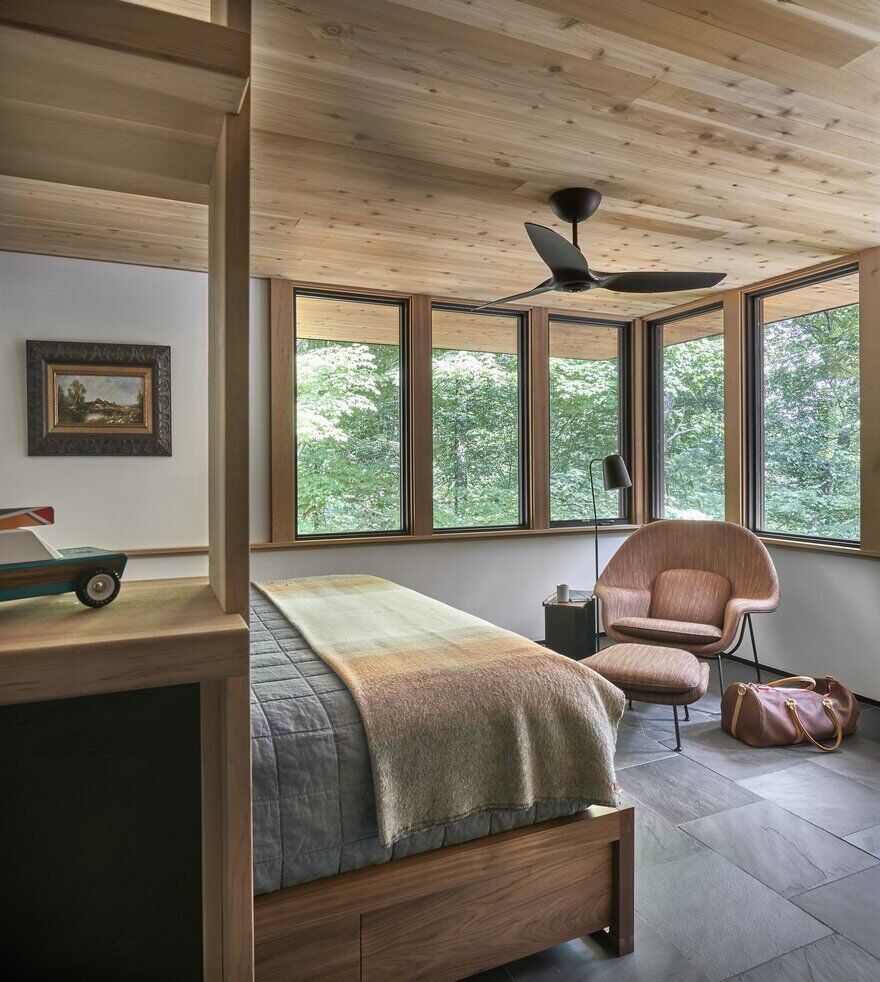 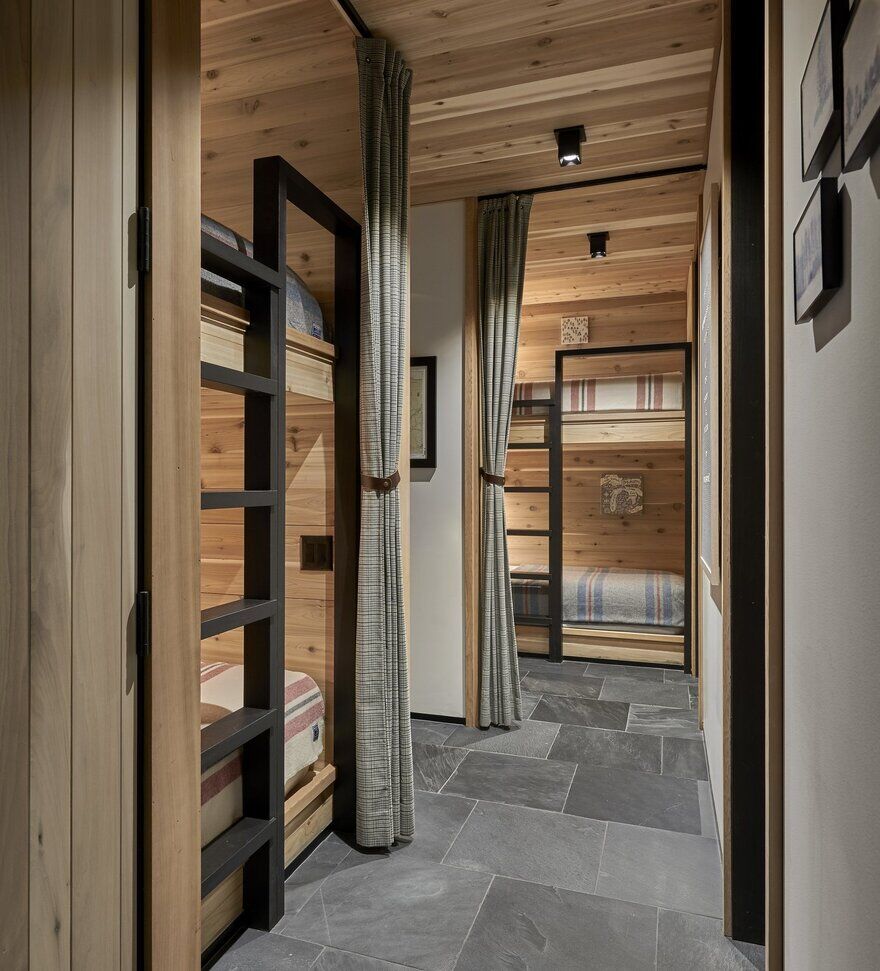 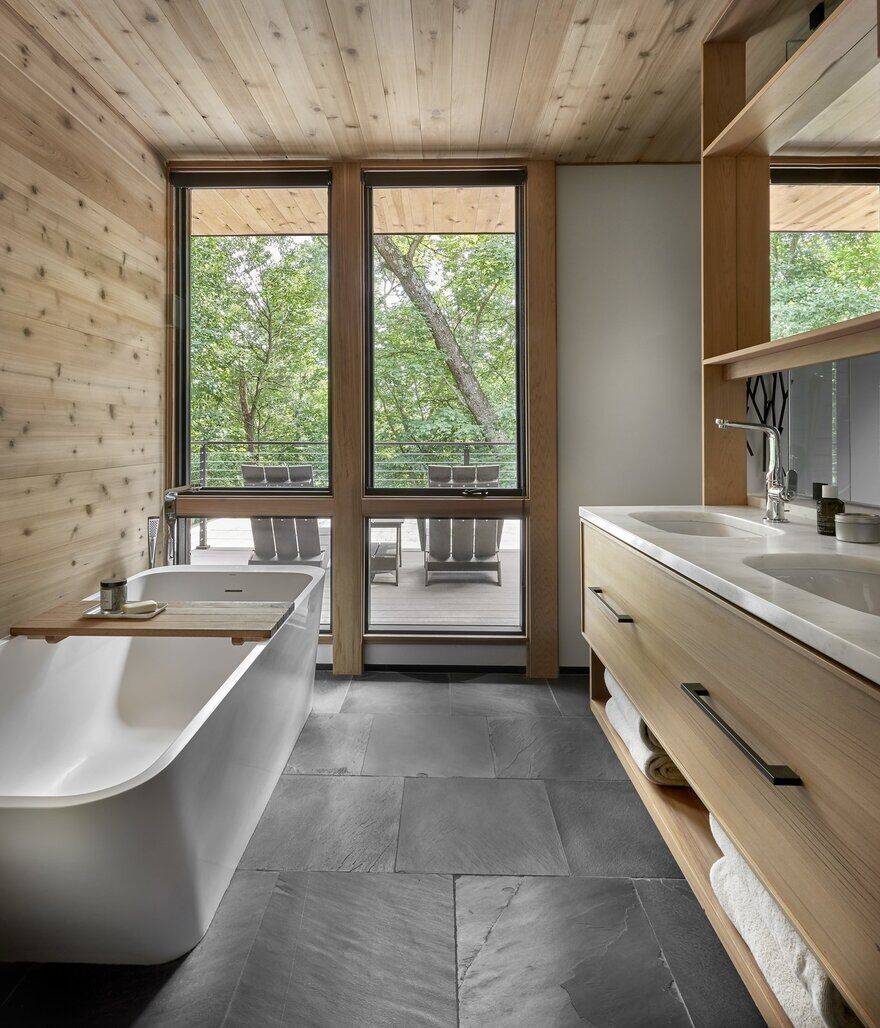 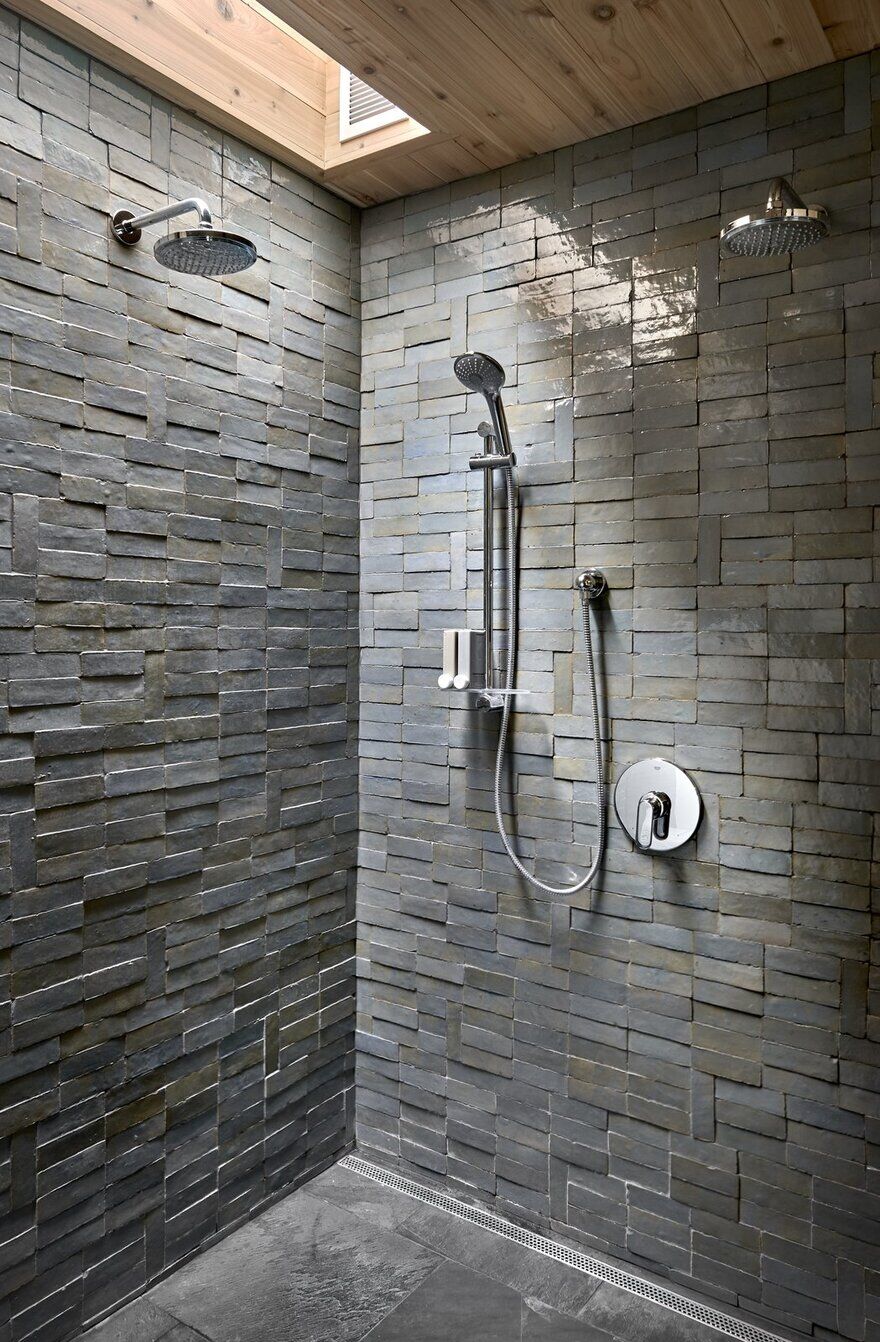 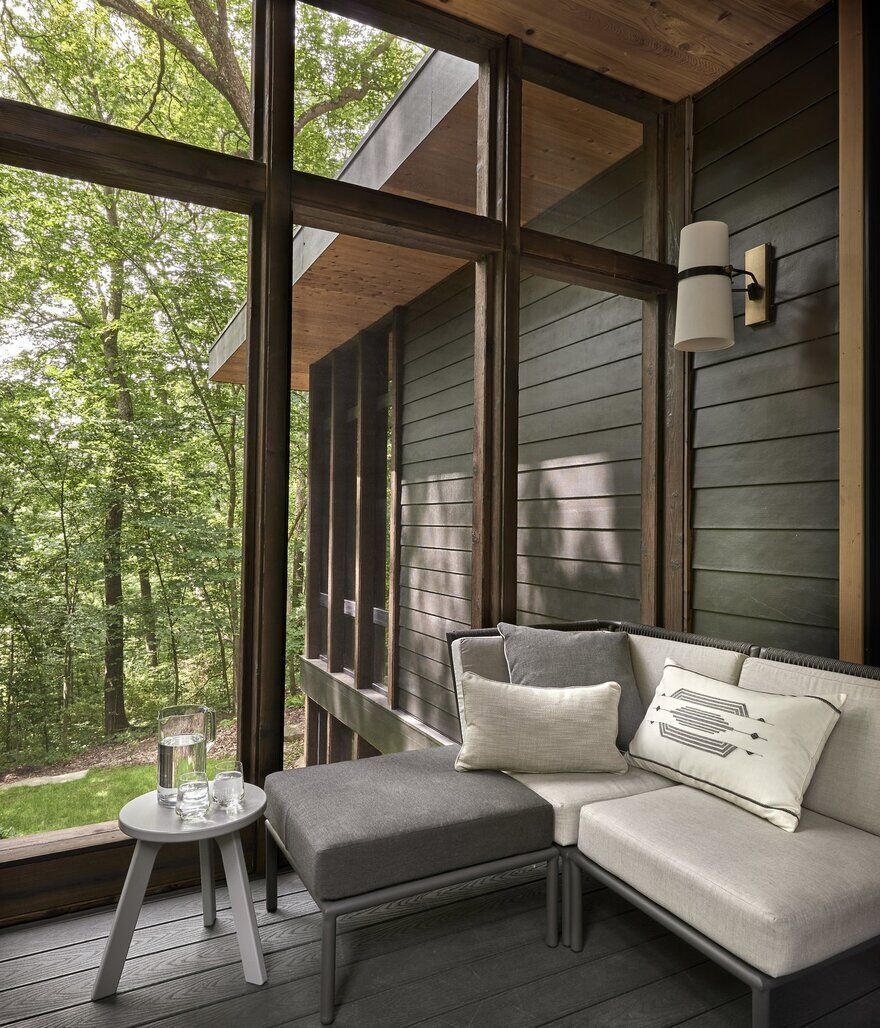 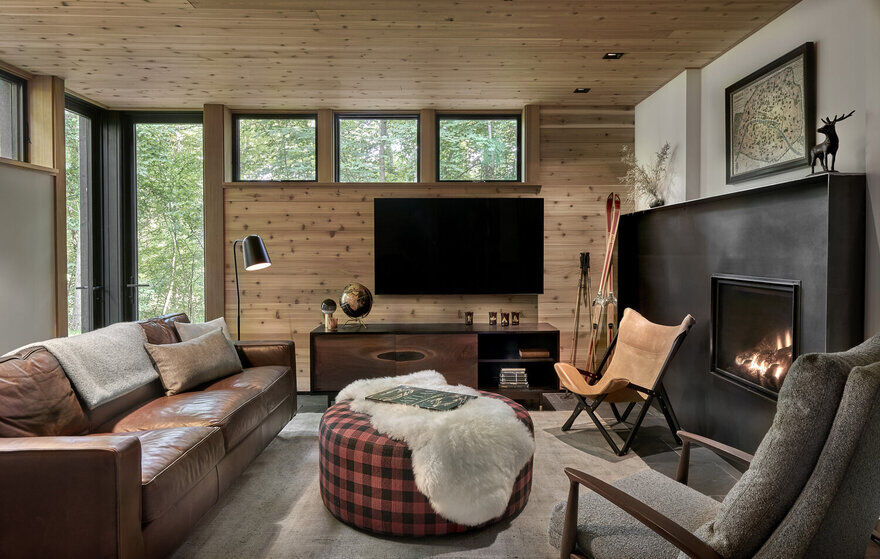 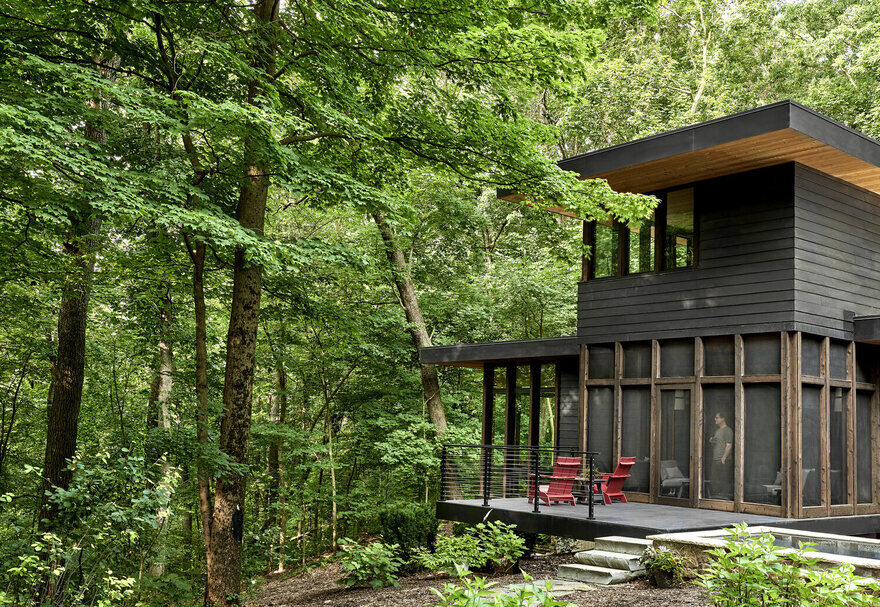 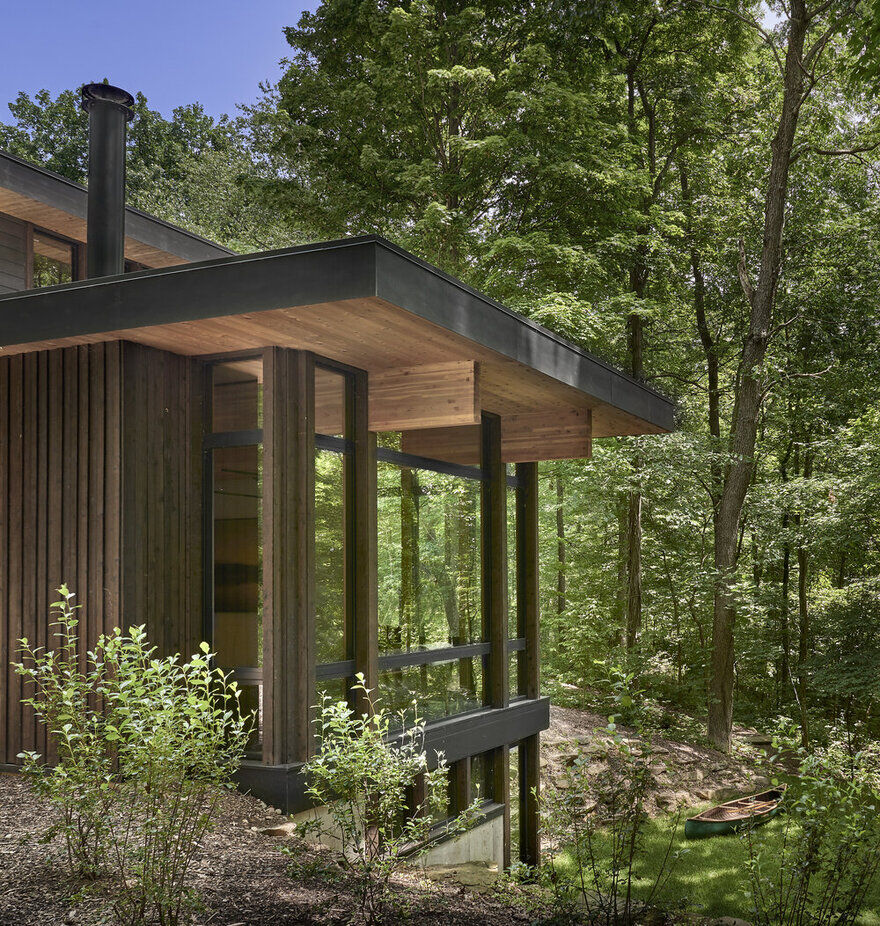 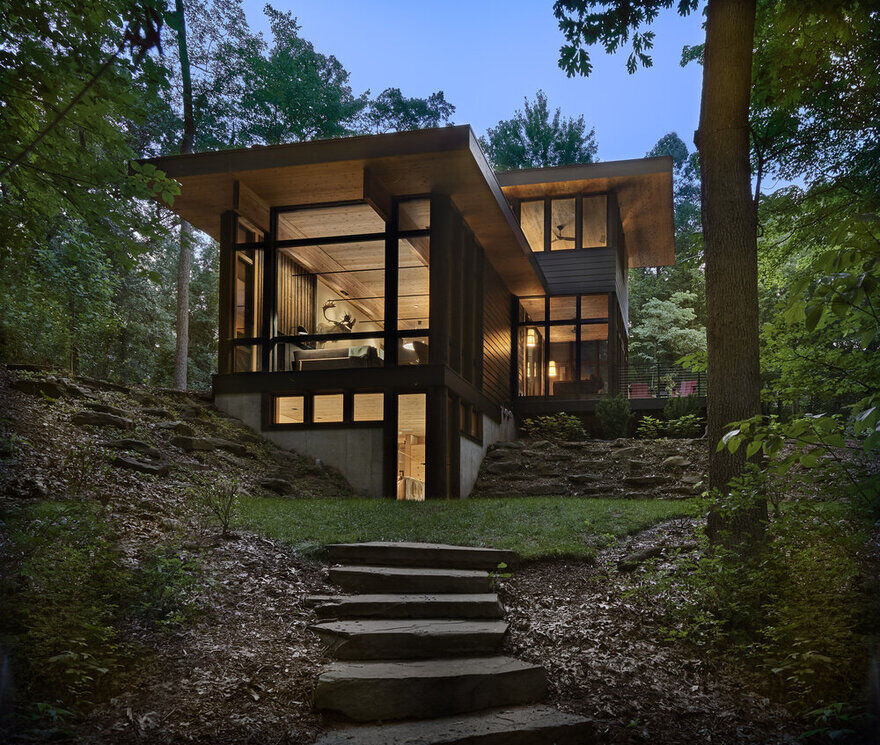 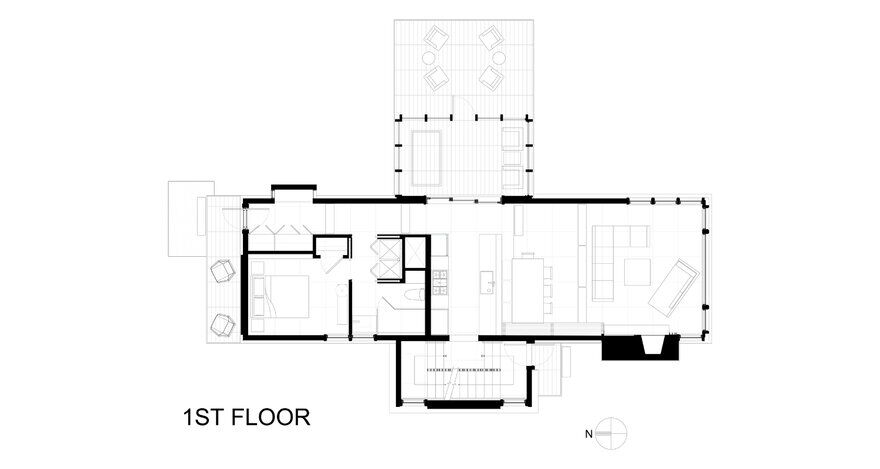 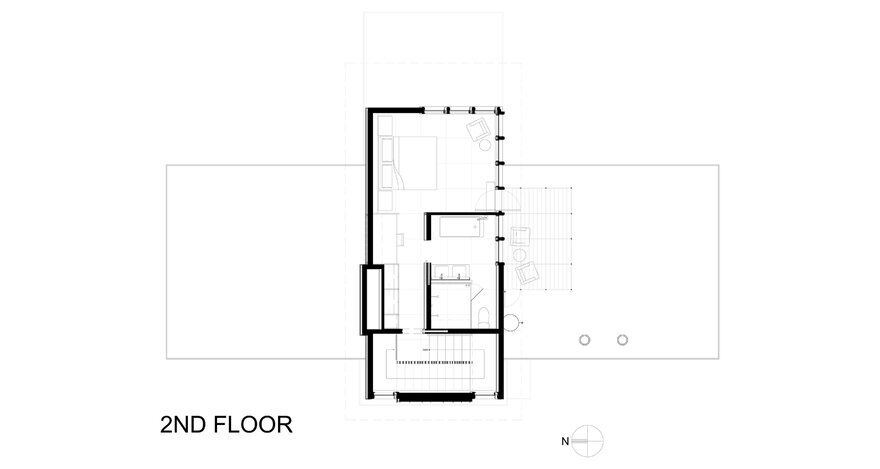 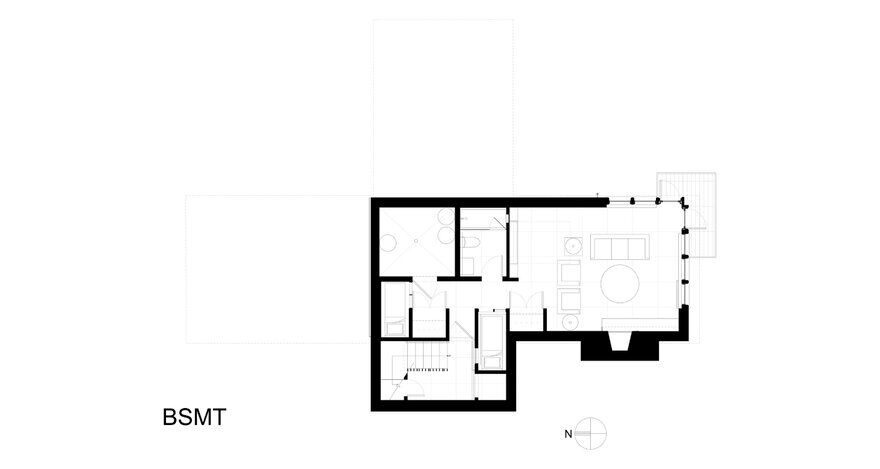 A Gut Renovation and Exterior Restoration of a Landmark Brooklyn Brownstone

East Van House in Vancouver with an Asymmetric Geometry