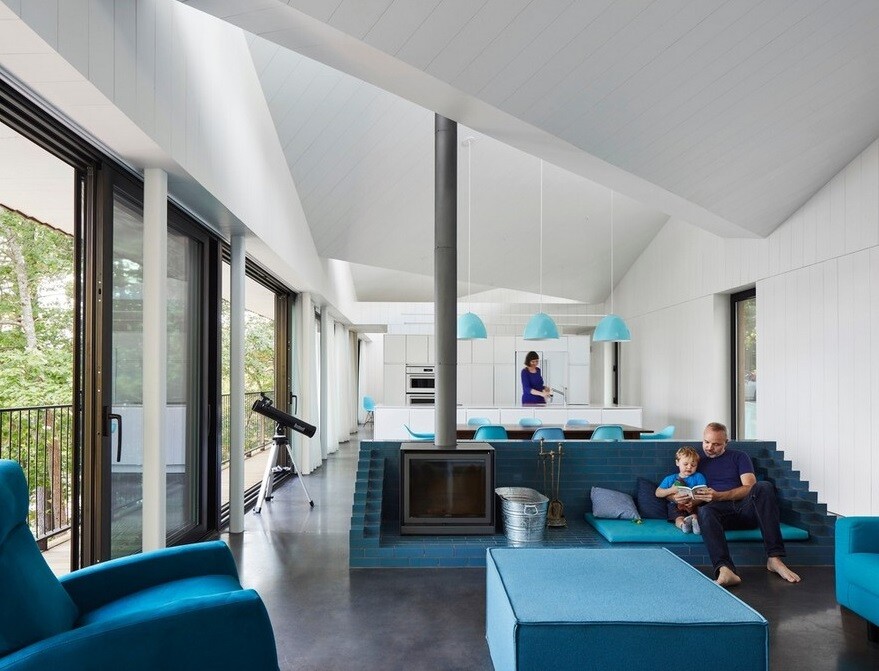 Negotiating the steep topography of a lake-side site, this holiday house consists of two volumes stacked on one another. The lower volume nestles into the landscape so that it is barely visible as one first approaches the house.