Luciano Kruk was born on July 20, 1974, in Buenos Aires and in 2000 got a degree in Architecture at the University of Buenos Aires, where he taught Project until 2009. Nowadays, he continues to develop his academic activity as Visiting Professor. As such, he has been invited by the Superior Technical School of Architecture of Madrid (ETSAM-UPM); Iuav University of Venice; UNIVALI of Santa Catarina, in Brazil; USJT of São Paulo, in Brazil; and the Argentinian universities of San Martín (USAM), of Congreso (UC), in Mendoza, and of San Juan (UNSJ), where he conducted a post-graduate seminar. He has also given seminars and lectures at different conference series in Argentina, Brazil, Mexico, Spain and Italy.
In 2012 he founded Luciano Kruk arquitectos architectural office, where he has been carrying out numerous individual and collective housing projects. 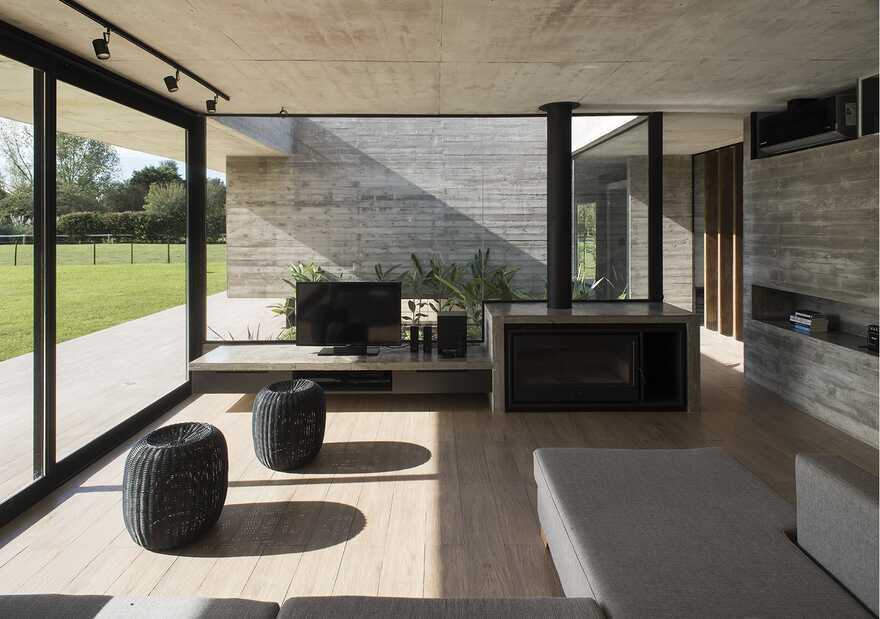 Rodríguez House is located in La Esperanza, a gated community halfway between Pilar and General Rodríguez. This rural urbanization’s great lots are surrounded by polo clubs. Its streets, made out of compact calcrete and crushed stone, are configured in accordance with the area’s longstanding woods.

The Cariló house is named after the town it is built in. It is placed on a corner lot one block away from the sea. Its proximity to the beach makes a less leafy and more arid scenery, which encouraged us to intervene the landscape. 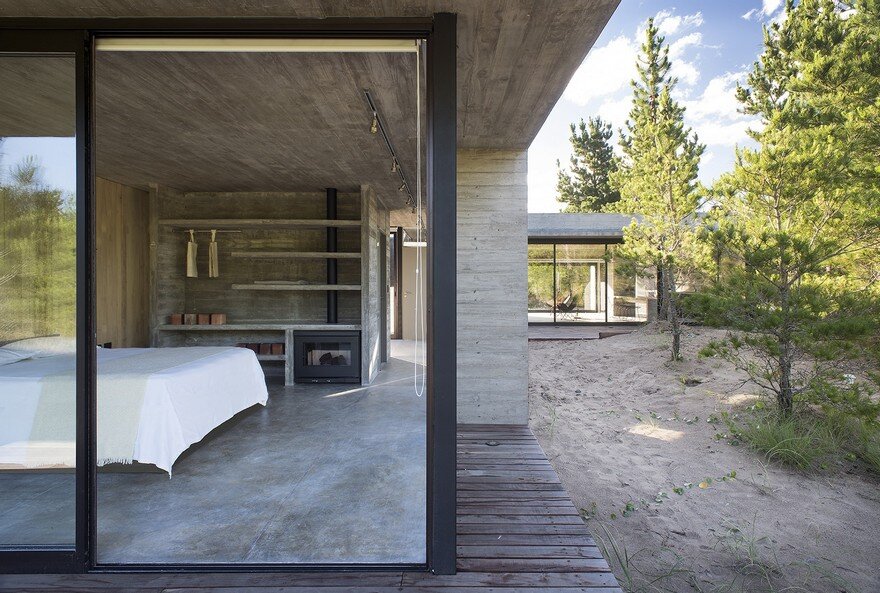 Ecuestre House is located in Costa Esmeralda, 13 km north of the city of Pinamar and 4 hours away from the city of Buenos Aires. Its name makes reference to the stable and the two polo courses it is near to and, this area’s simple architecture has—maybe unconsciously—guided the concept of its design. 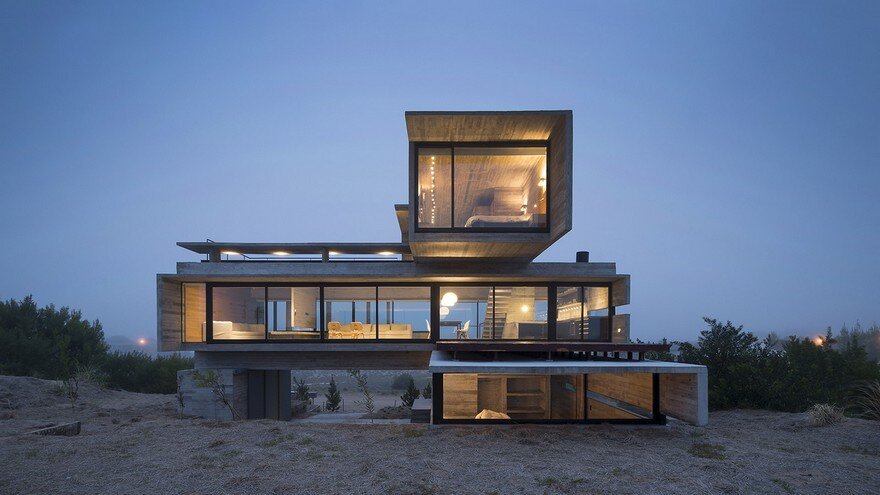 Golf House is geographically located at the center of Costa Esmeralda, a neighborhood 13 km north of the seaside resort of Pinamar. Topographically lying on highest area of the neighborhood, both the front and the back of the plot of land adjoin a golf court that, along with the —mainly wild— native vegetation, compose its immediate surroundings. 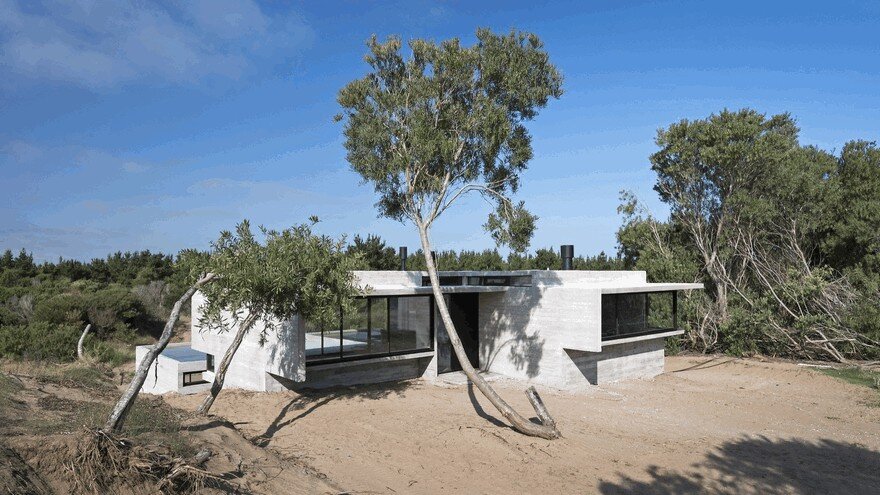 VP House is a concrete summer house located in Costa Esmeralda, in a seaside neighborhood 13 km north of the city of Pinamar and four hours away from Buenos Aires. The client commissioned a typical concrete summer house for him and his family, but he also requested that the house should accommodate standard uses to allow it to be rented out. 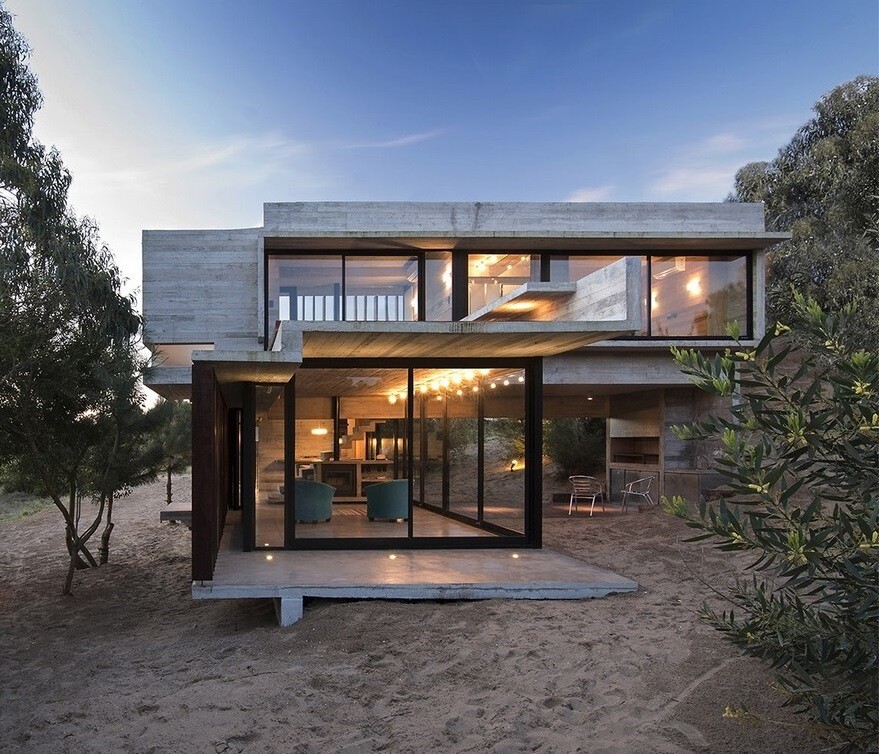 Against a backdrop of rugged dunes typical of the Buenos Aires coastline, with a beautiful landscape, we were commissioned to design a house, with the request for a program of regular needs for a weekend house and a limited budget. The proposal seeks to preserve the most of the wonderful qualities of the place.