Rerucha Studio was founded in 2006 by Jill Rerucha, an architect and interior designer. She received her Masters of Architecture in 1996 at Southern California Institute of Architecture where she graduated with the award of distinction. She studied abroad at Royal Melbourne Institute of Technology in Melbourne Australia and Vico Morcote in Lugano Switzerland. She received her Bachelor of Science and Design in 1985 from Arizona State University.

Jill has 25 years of experience working as an architect and interior designer. She has worked in the offices of Gensler and Franklin D. Israel in Los Angeles and NBBJ and Olson Kundig Architects in Seattle where she managed large residential and commercial projects.

Experience as both an interior designer and architect provide a unique set of skills that brings a cohesive approach to each project and forge strong connections between exterior and interior spaces. 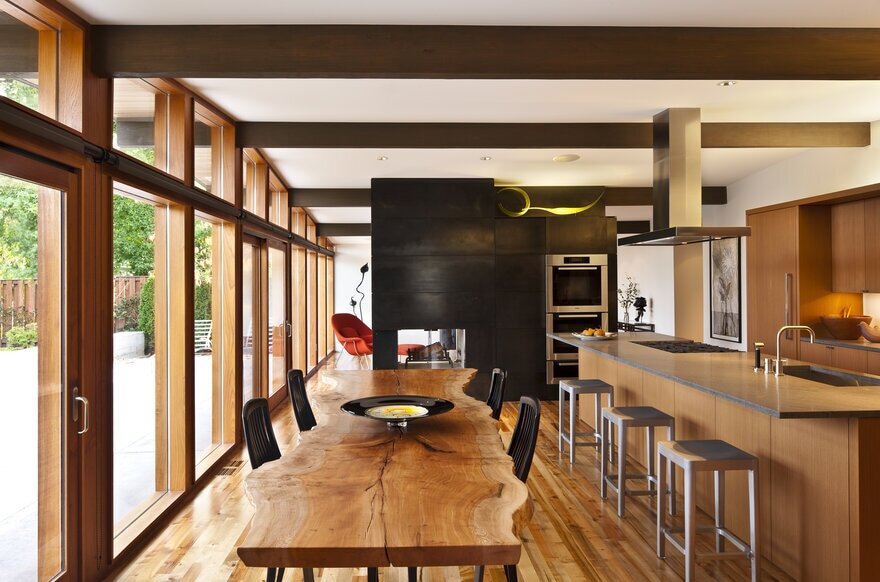 The Art Collector’s Retreat is an interior and exterior renovation designed by Jill Rerucha of the Seattle-based Rerucha Studio. Originally designed by noted Pacific Northwest architect Paul Kirk in 1958, the residence is located in the Enatai neighborhood of Bellevue, Washington.