Spasm Design Architects is an architectural practice based in Mumbai, India. The studio was established in 1995 by principals Sanjeev Panjabi (1969) and Sangeeta Merchant (1967). Both were educated at the Academy of Architecture, Mumbai (1987-1992) The practice is 13 people strong and is busy with the construction and design of several residential, commercial and mixed use projects in India and Tanzania (East Africa). The practice’s early work comprised of several interior refurbishments and interventions. These ranged from a post production studio to residences. Since the year 2000, the Spasm Design Architects has graduated to architectural projects such as single family homes, luxury villas and commercial office towers.
http://www.spasmindia.com/ 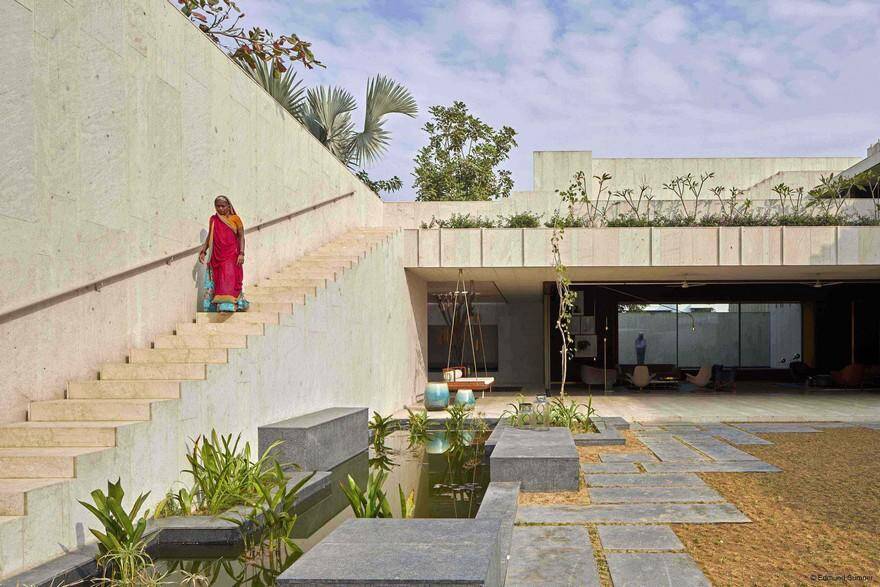 This cruciform shaped house was evolved to house a family of six. The plot is located at Bopal (Ahmedabad) in a gated community at the end of the internal access road. The house is an expression in Dhrangadhra stone. The stone used in many of the architectural antiquities of Ahmedabad. 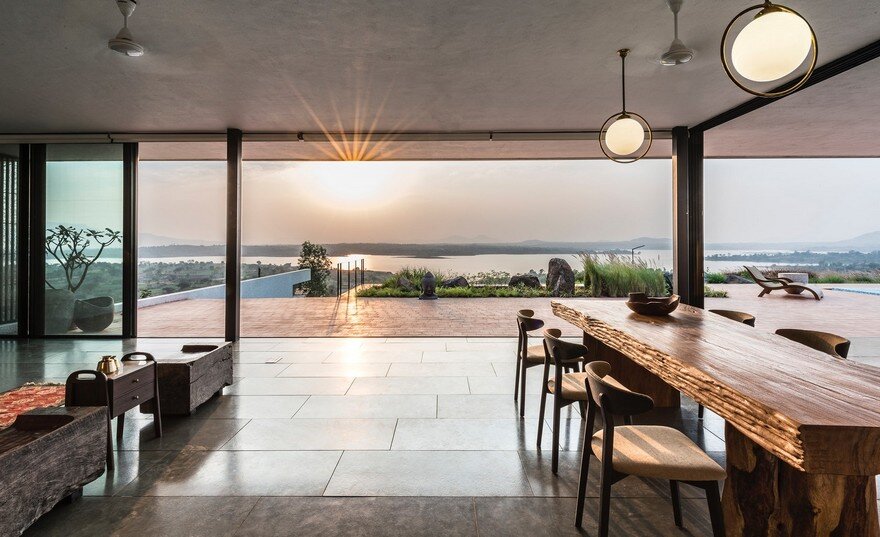 The home predominantly faces the farmlands, a reservoir and the highlands, witness to the most color saturated sunsets. Living spaces are framed between two simple planes, framing the views as cleanly as possible. 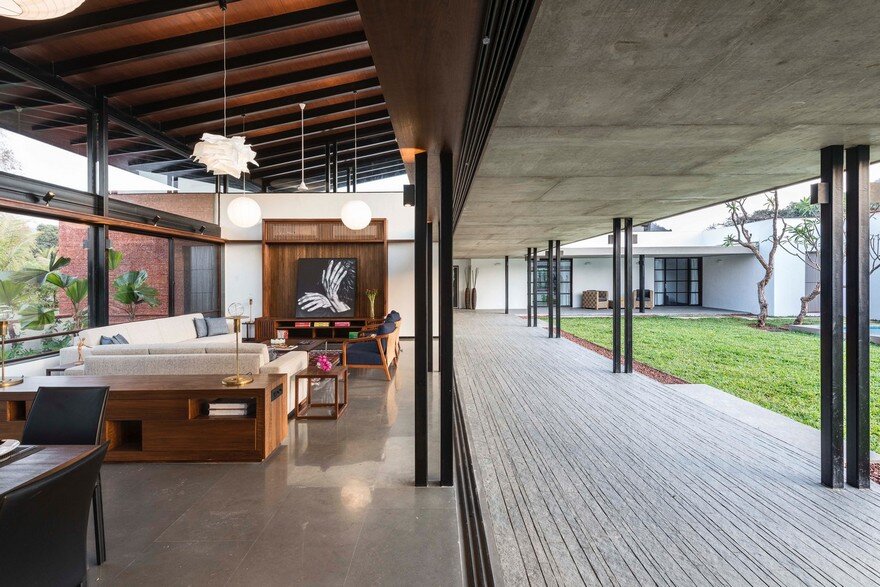 The client wished to develop two homes on an acre each of land. The Twin Houses needed to be country homes for Bombay families to get away from the urban rigmarole. The project needed to balance the money put up against profitability and a sense of capturing the essence of place. 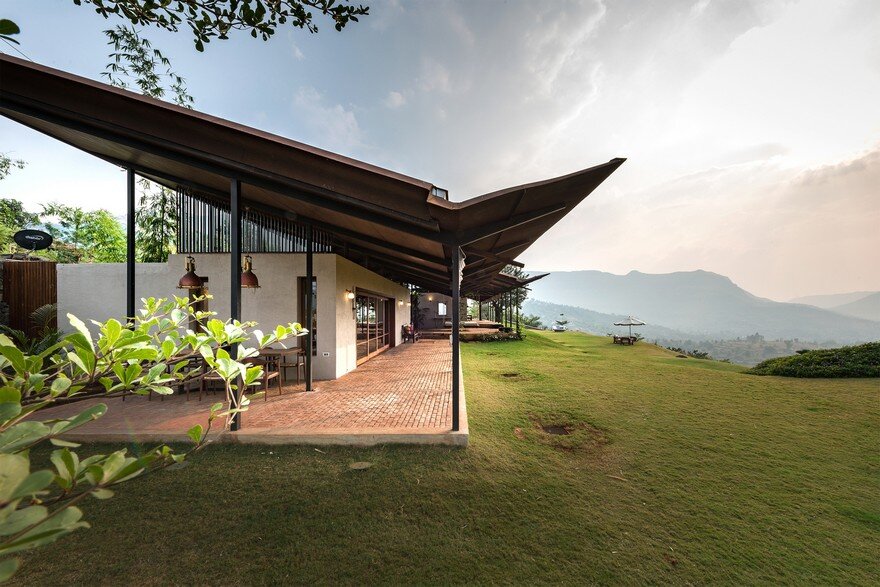 This country home starts with an 8 foot thick Gabion wall, which acts as a spine, the first marker which runs for 170 feet, from north to south. Pawna Lake, offers some killer vistas. The pool sort of drifts away from the verandah as a reflective mirror plane, pointing to the peak on the opposite shore.