Stoft Studio is a Swedish design studio based in Malmö founded by Industrial designer (MFA) Jenny Ekdahl (b.1987), Ola Nystedt (b.1985) and Joel Herslow (b.1983).
Stoft Studio is a Swedish word for millions of small particles, constantly moving and re-arranging into new and surprising constellations.
Drawn together by a common fascination for how things move, sound and feel, their work builds on the trios complementary approaches towards design. They explore and break down what’s predictable into fragments that are surprising and fascinating and focus on the creation of design through research in human behavior, materials and craftsmanship. Whether a conceptual or commercial project, a driving force behind Stoft‘s creative process is to find a balance between poetic design and industrial manufacturing. By exploring alternative ways of production with an experimental research phase in the development process they seek to shape objects with slowness and sensibility, often inspired by cutting-edge techniques and traditional craftsmanship. Their designs are produced in unique one-offs, limited editions or in larger batches, by themselves or in collaboration with skilled craftsmen or producers.
Stoft Studio have exhibited their work and held workshops and lectures nationally as well as internationally and been featured in many major design publications and newspapers worldwide. Stoft is also the recipient of several grants and awards, amongst others Young Swedish Design (2012) and Plaza Design Award (2013).
Aside from their own practice and assignments, Stoft Studio is also the founder together with studio Kajsa Willner of Nomad, an exhibition concept and platform established to encourage collaborations and possibilities for local designers.
http://www.stoft-studio.com/ 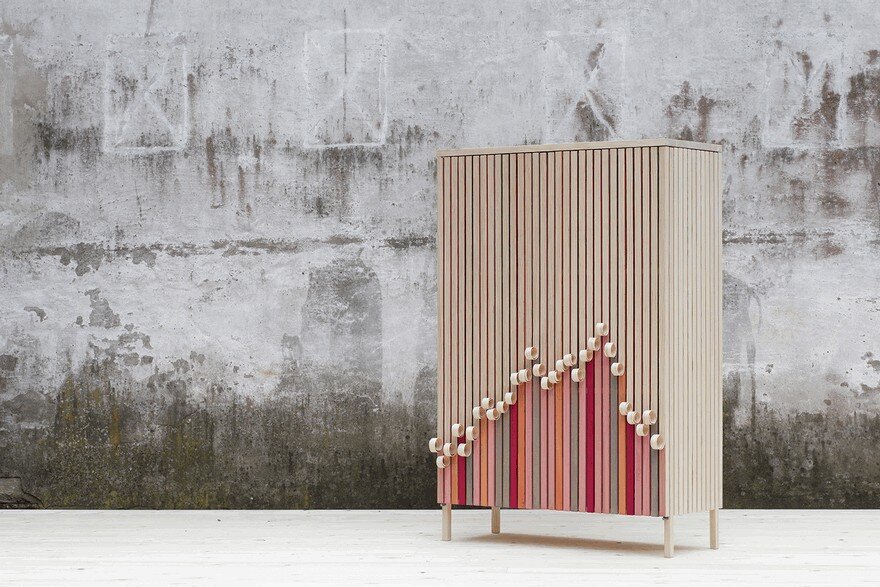 Whittle Away is an attempt to portray the design-DNA that Stoft brings with them to their design process. Commissioned for the exhibition “What’s your DNA?”, presented during Dutch Design Week 2017.