YH2 Architecture is an architectural design firm founded in 1994 by architects Marie-Claude Hamelin and Loukas Yiacouvakis. For yh2, architecture is the art of place-making. It is a creative and transformative tool, a way to reinvent reality.

All aspects of a project are carefully studied: integration within a given context, conceptual design, working drawings, architectural details, interior design and object design. Concepts are developed in such a way that each of the elements must play a part in the overall composition. Nothing is superfluous.

yh2 deliberately chose to concentrate on fewer projects. Headed by its two founding partners, the team dedicates its full attention to these projects, which have received numerous awards throughout the years. 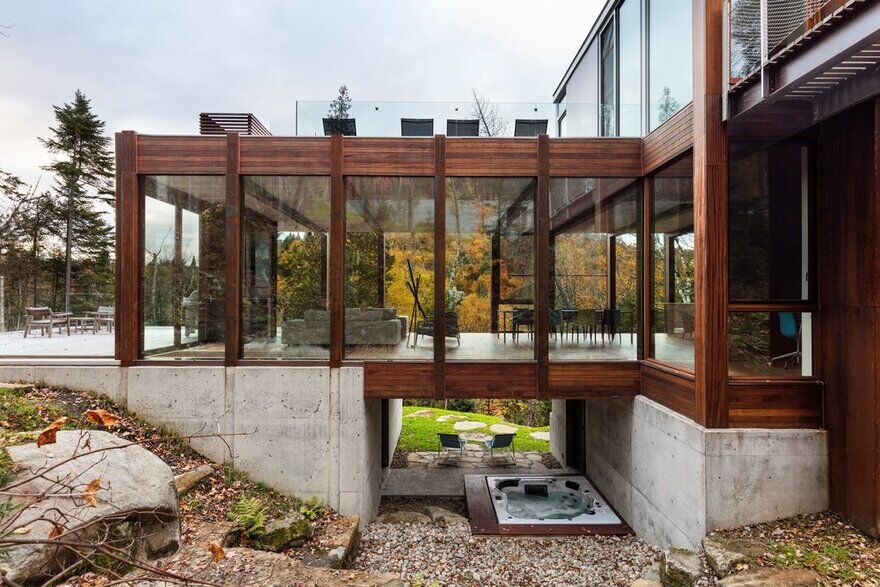 Residence Dans l’Escarpement is located on land pertaining to an estate started over a hundred years ago and known for its remarkable landscapes and pristine lakes. 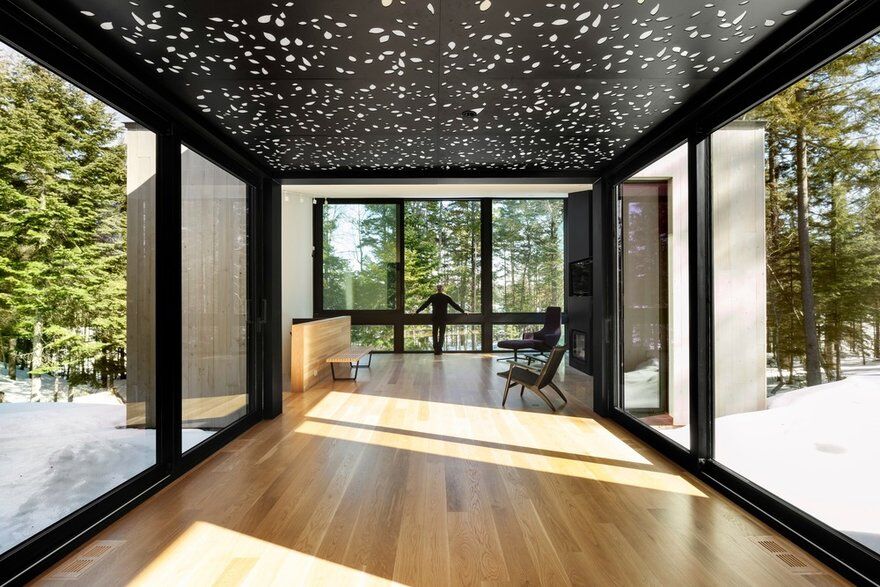 Montreal-based yh2 introduces TRIPTYCH, a three-pavilion residence carefully nestled in lakeside surroundings. The house, with its crisp lines and sober palette, was built on a sloping site overlooking a small lake in the Laurentian Mountains, one hundred kilometres from Montreal. 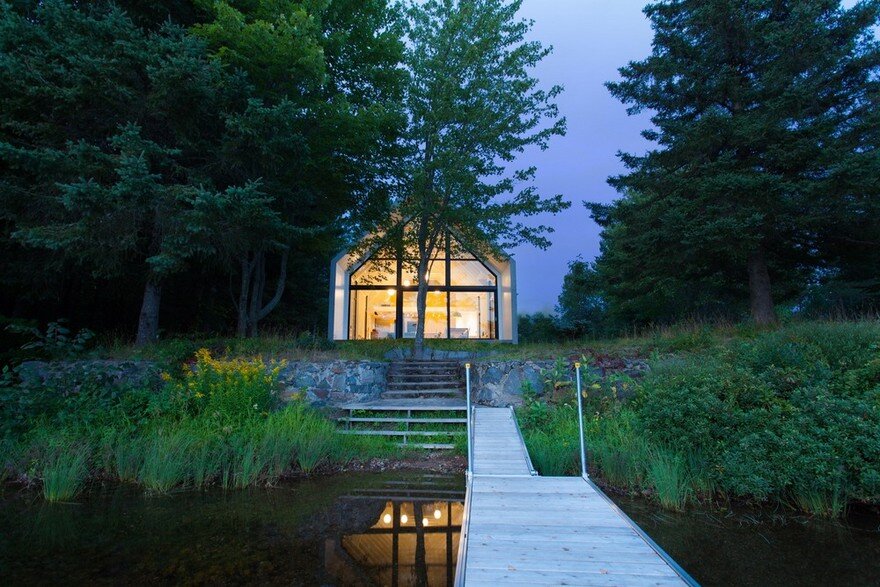 The house stands on the site of an old family cottage, just steps away from the shores of Lac Plaisant in the Mauricie region. Thanks to its simplicity, restraint and refinement, the project embodies the architect’s attempt to capture the essence of cottage life – a wooden home designed for vacations and enabling true communion with nature. 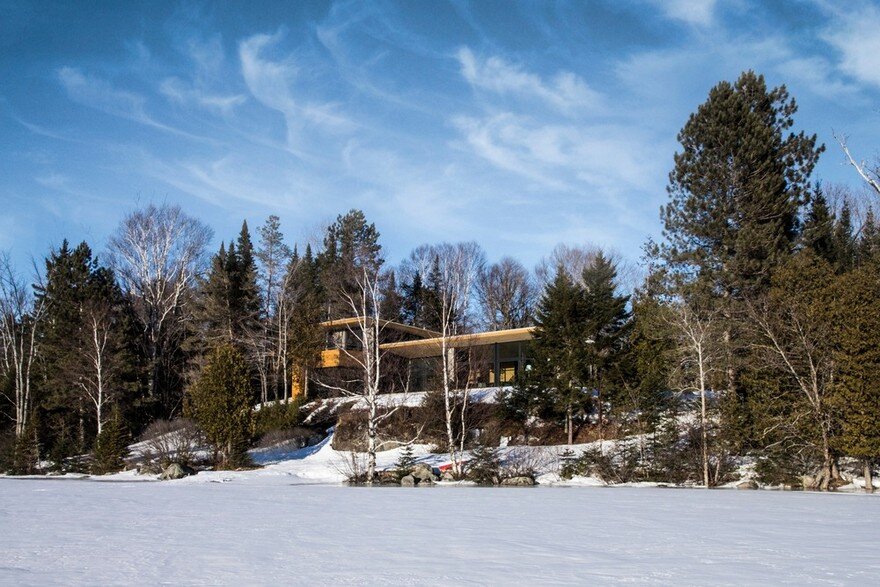 The Wooden Wing is a large cottage on the shores of Lac Supérieur, in Quebec’s Laurentians. The house is perched on a sizeable outcrop of granite bedrock, giving it a commanding yet intimate view of the lake and Mont Tremblant, on the other side.

Designed by YH2 Architecture, La Colombière is a refuge located in Sutton, Quebec, Canada. YH2 is an architectural design firm founded in 1994 by architects Marie-Claude Hamelin and Loukas Yiacouvakis. Description by YH2: Initially built as a small storage space by the first owner who was a lumberman, the shed was later rearranged into a forest refuge by […]

This sculptural house is a collaborative work between client, sculptor Jacek Jarnuszkiewicz and architects Marie-Claude Hamelin and Loukas Yiacouvakis (YH2 Architecture Studio). Description YH2 Architecture: The process by which this project was conceived follows the guidelines of the surrealist’s exquisite cadaver technique where each designer builds upon the work done by the previous one. Each sculptural […]