ZOOCO ESTUDIO is a young architectural firm founded in 2008 by Miguel Crespo Picot, Javier Guzmán Benito and Sixto Martín Martínez , with head offices in Madrid and Santander.
ZOOCO ESTUDIO´s philosophy is facing each project, from interior interventions to large structures building, through the same creative process.
Developing projects with different scales, we realise that architectural decisions are always the same: to create spaces that give response to needs and environment, always based on the generation of a clear concept as the base of the project.
This vision of architecture and the flexibility to adapt to different projects, has made us understand our profession at a time of social and economical crisis.
ZOOCO ESTUDIO tries to project with fine materials and simple shapes to achieve a timeless and functional esthetic. We always search for neutral spaces and projects that last over the years. With this objective, we combine the research into new materials and systems, with the knowledge of traditional processes. 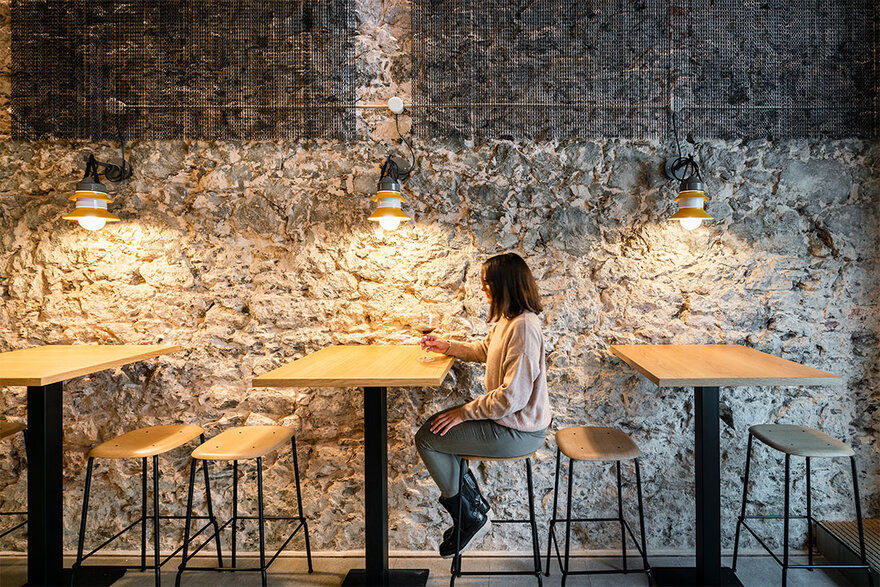 This place is located in one of the oldest neighborhoods of the city that has hosted several restaurants in its interior over time, but whose walls were some day part of an old fishermen’s market in the area. 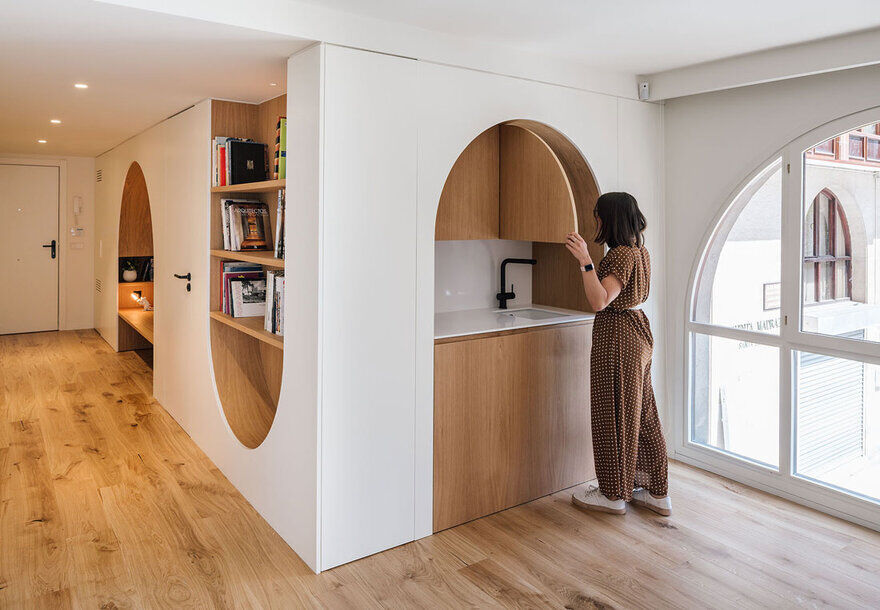 The Zooco Santander office is located in a corner and it has two facades with a strong rhythm of windows with a semicircular top shape. This gives the space a great personality. 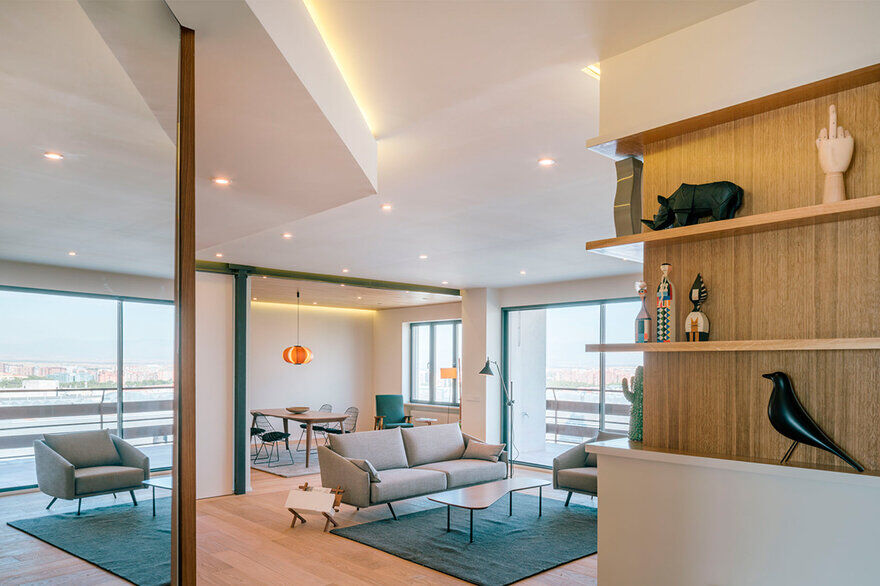 The owner of this 230 square meter apartment, located in Madrid’s Paseo de la Castellana, had one thing clear when he undertook the adventure of reforming it: the kitchen had to occupy a place of exception. 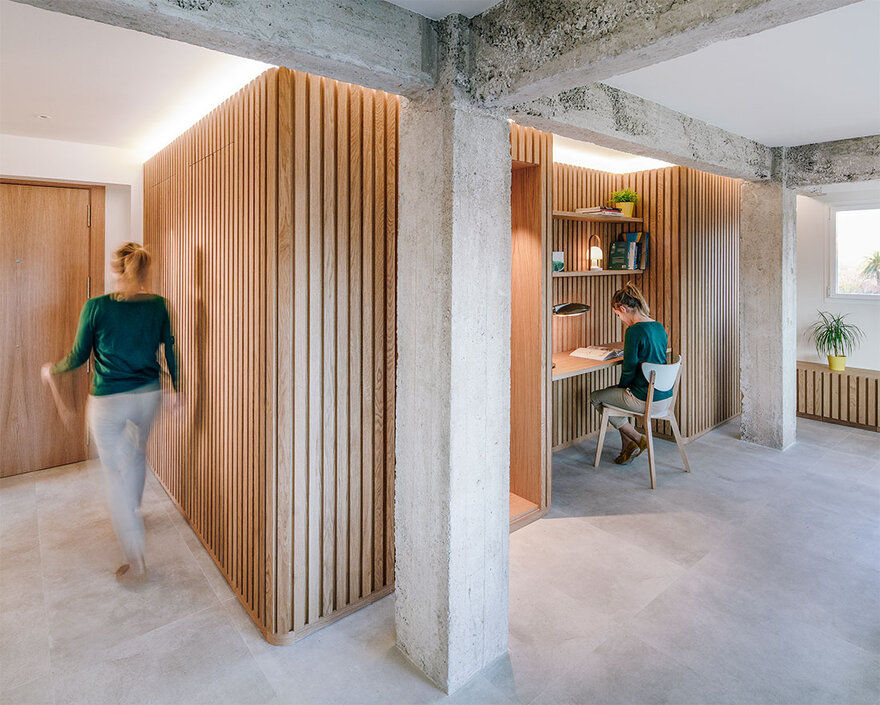 This bright attic apartment is developed in an existing dwelling located in a residential area of el Sardinero, an exclusive neighbourhood with magnificent views of the Cantabric Sea. 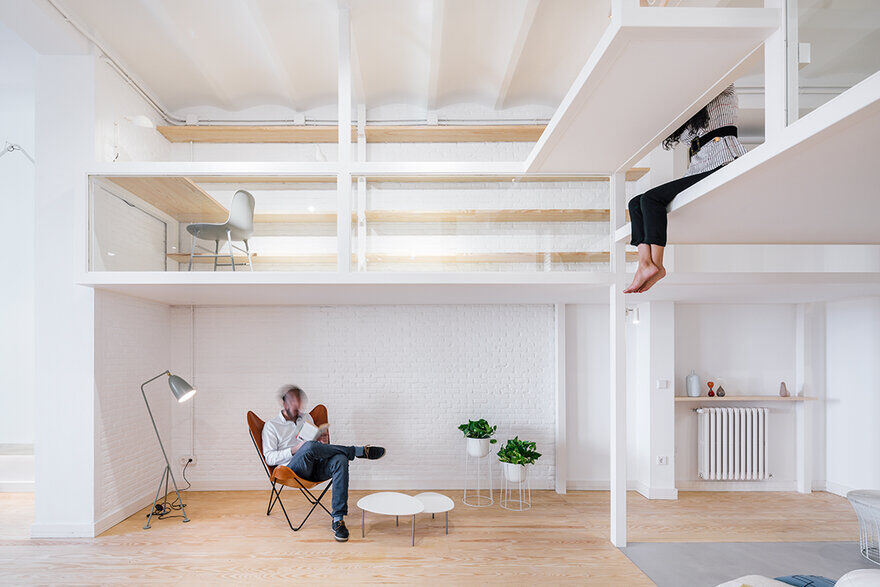 The Madrid Loft project consists in building a house inside of a house, which means that it is more similar to the process of building a single-family house than an interior rehabilitation.