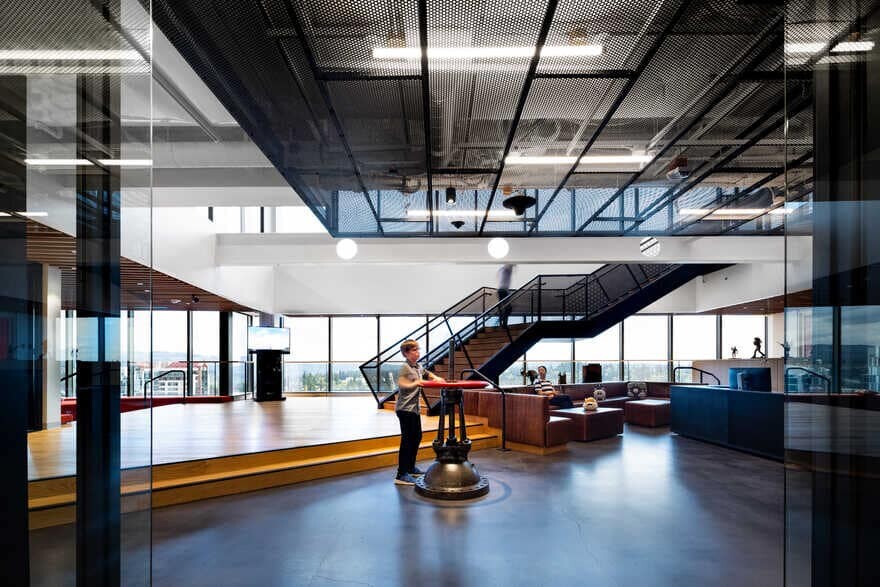 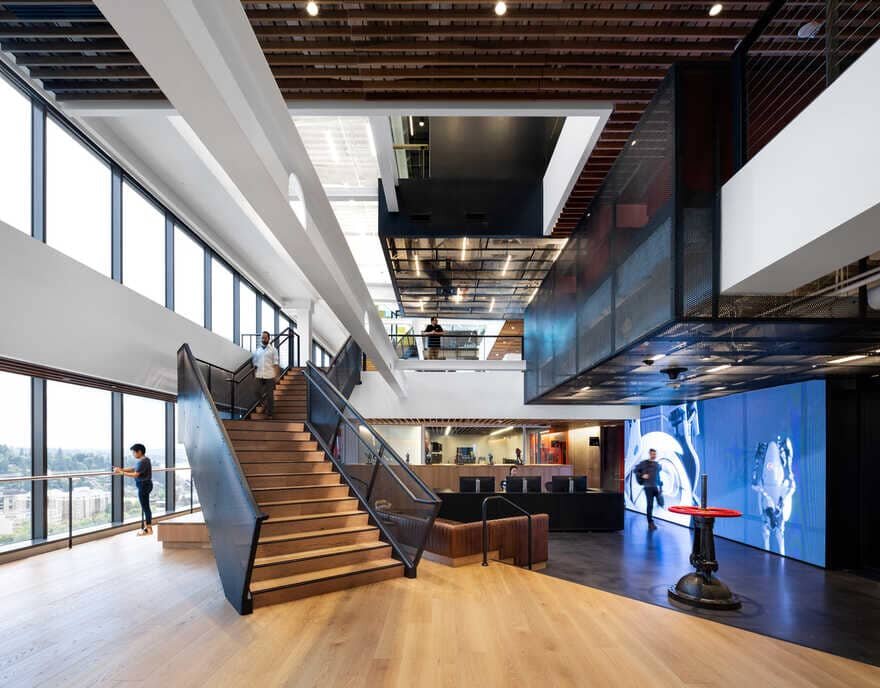 In response to software developers’ inclination to work in the dark, the Design Team sought to employ the central core not only as a secondary source of soft illumination, but also as a means of connecting the office to itself and to the outside world. The “inner glow” from the continuously lit core walls highlight the shared circulation path on the cabal floors with level-distinguishing color palettes to augment wayfinding along with warm textures drawn from the exposed concrete shear walls. Central elevator lobby walls and pantry backsplashes carved out at the core ends of each floor provide bright canvases on which characters and scenes sourced from Valve’s games and rich history are painted and composed of tiled mosaics, all of which were produced by the company’s own creative talent. On the central reception and amenity floors, full-height digital displays enrich the “inner glow” with changing scenes from Valve’s games, as well as content drawn from community forums on the company’s distribution platform, Steam. 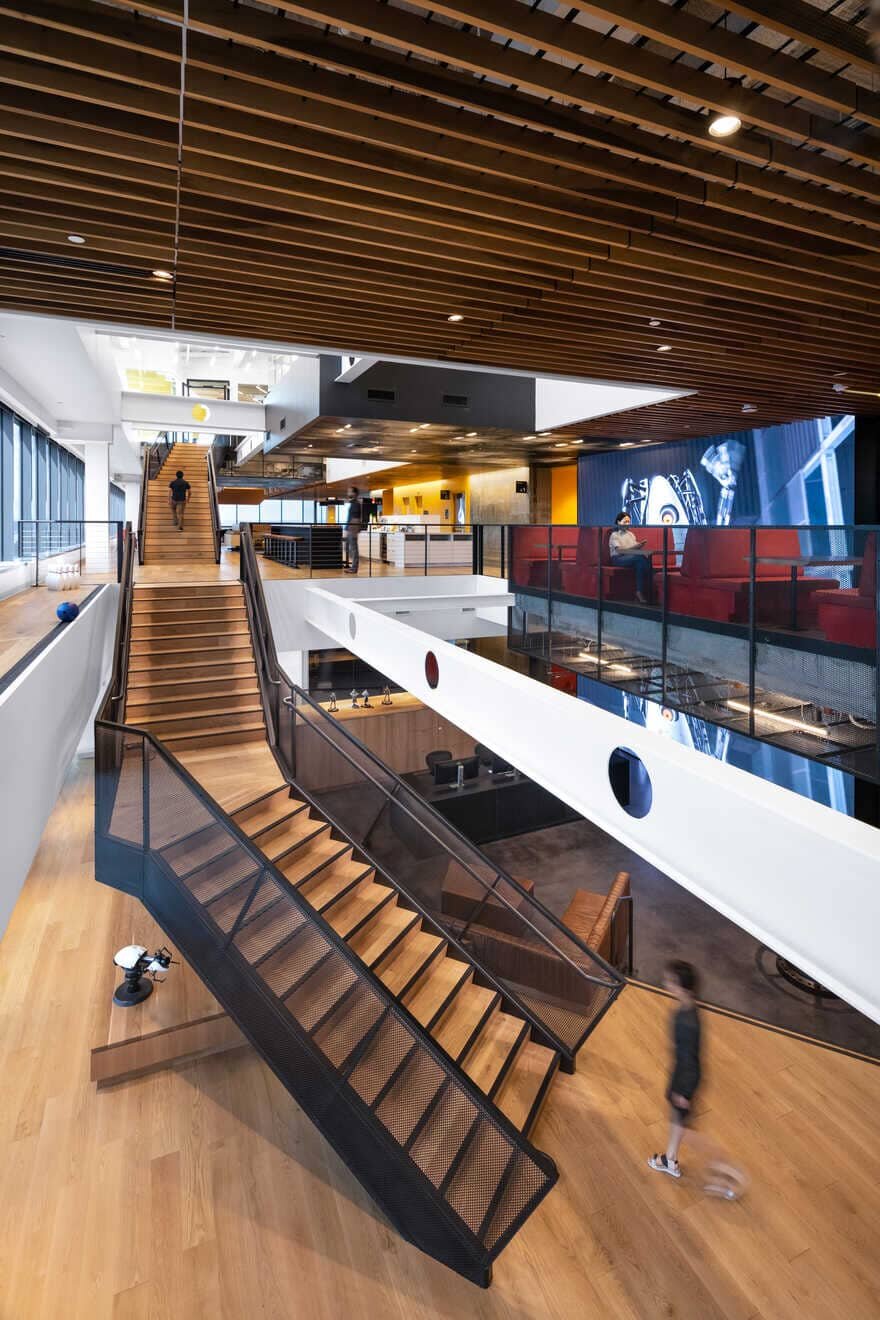 Here, the design transcends the constraints of the office floor plate. Connecting feature stairs provide a direct route from the hardware cabals on the lowest floor to the software cabals at the highest level. Just as the central core concept provides more intimate and subtle experiences where workspace is positioned while expanding its scale and reach at the communal spaces, the connecting stairs are designed to be compact at the extremities and allowed to stretch out at the central amenity floors. On these floors, the floor openings at the south perimeter curtain wall draw in three stories of natural light to reveal expansive views of Bellevue, Seattle and the greater Pacific Northwest. 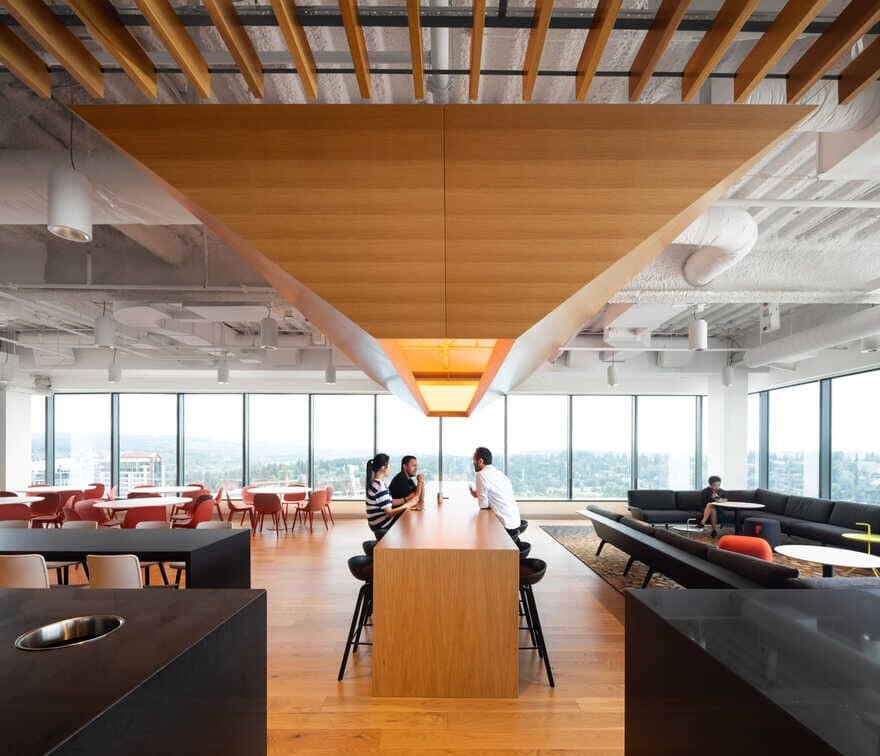 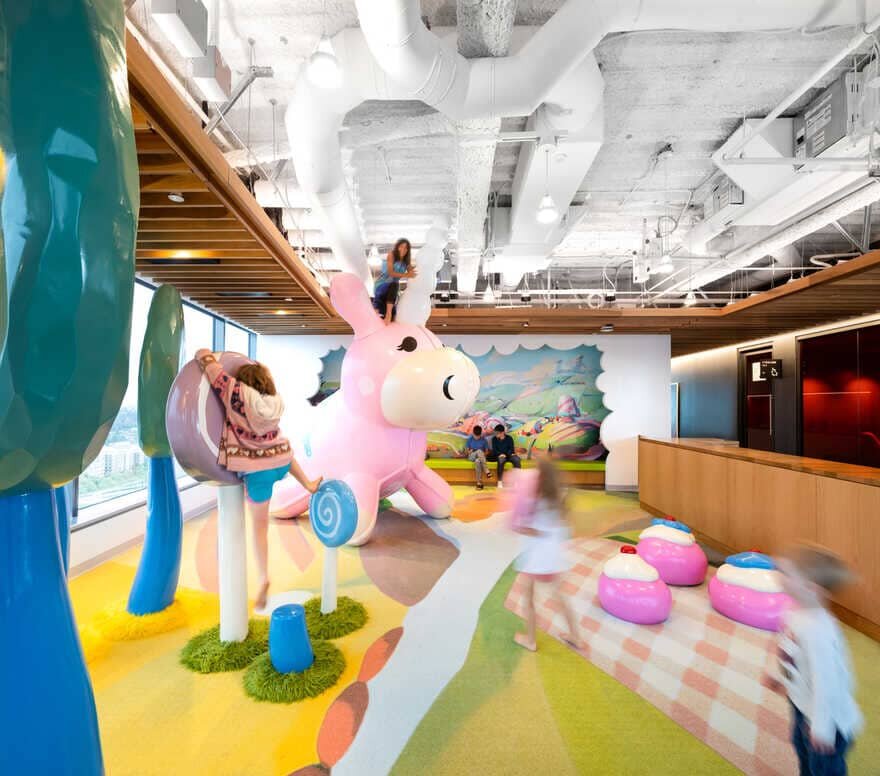 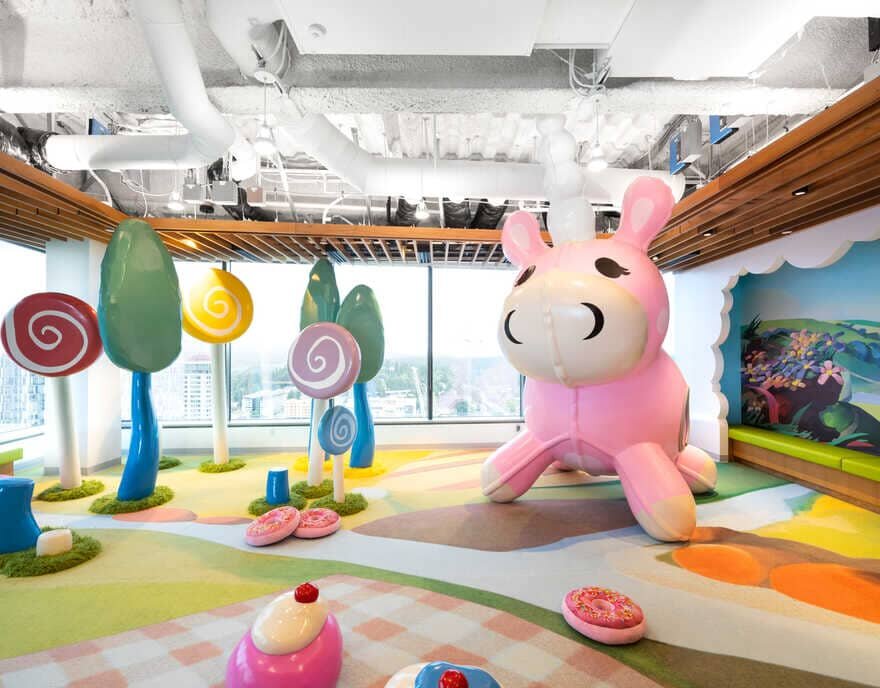 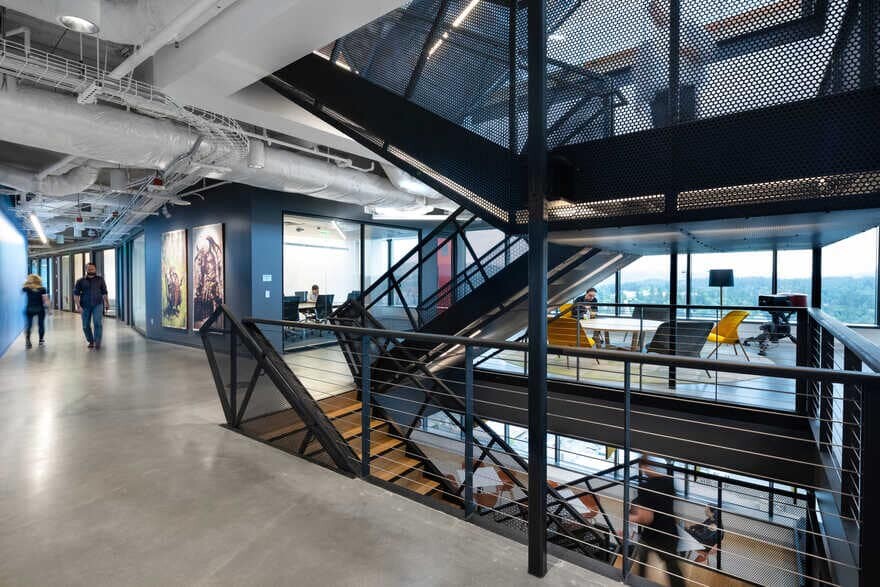 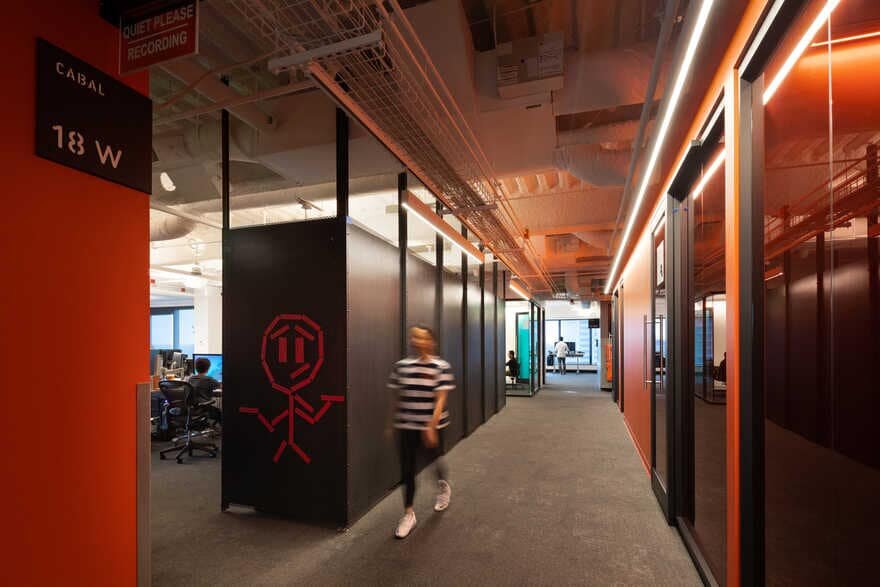 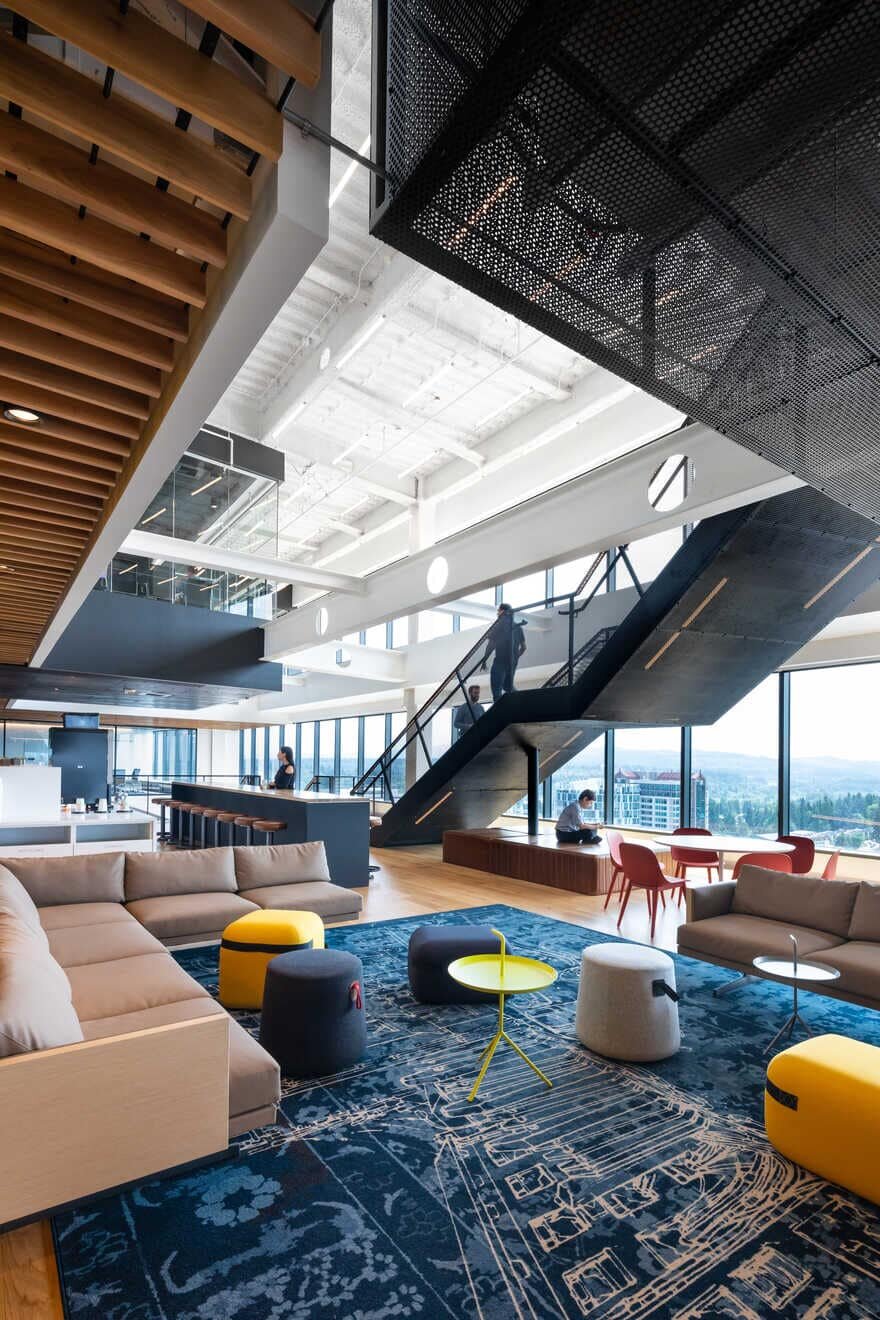 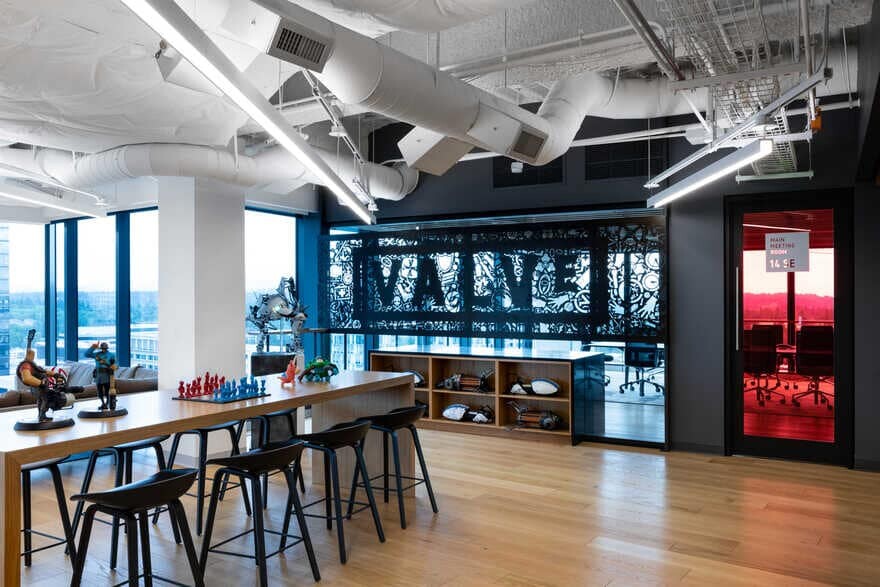 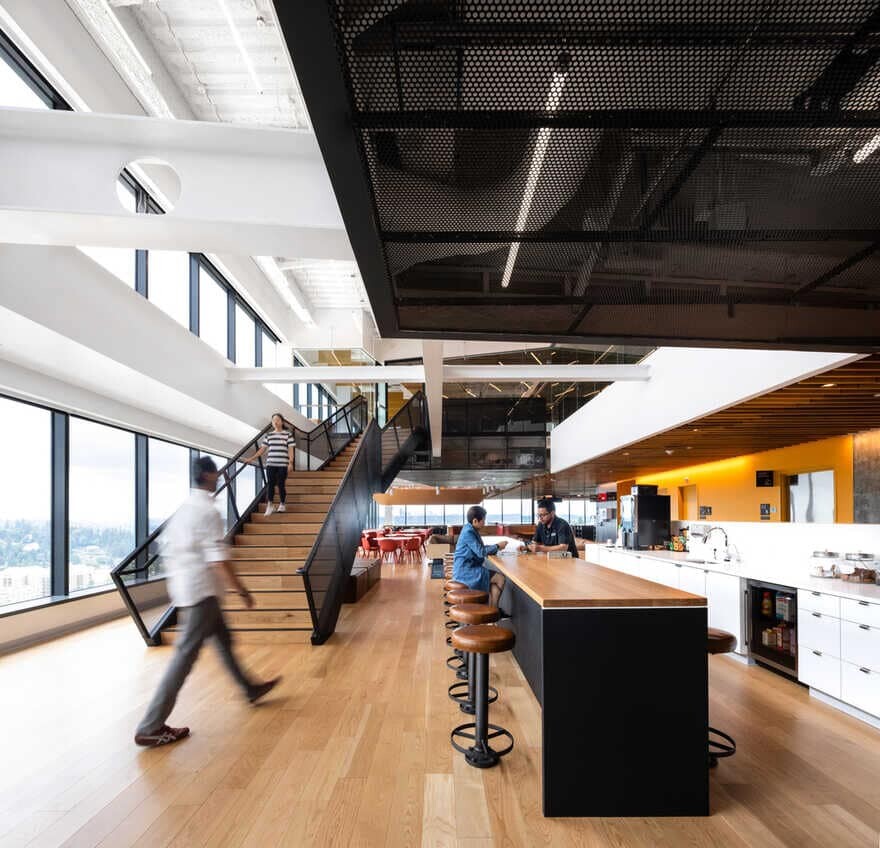 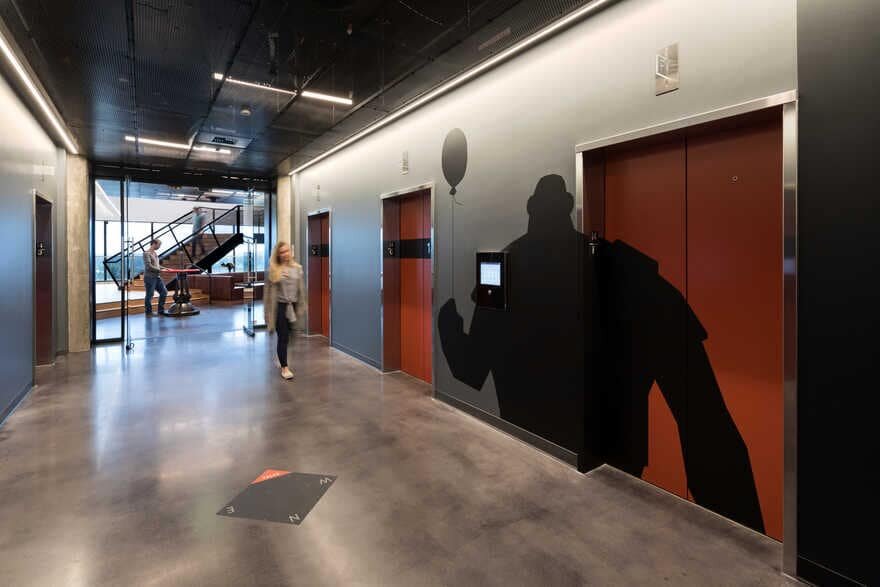 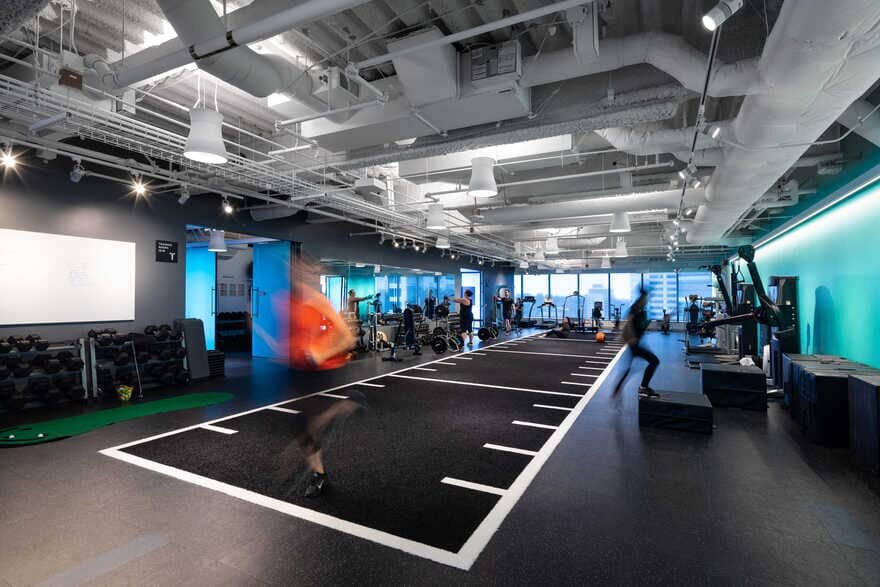 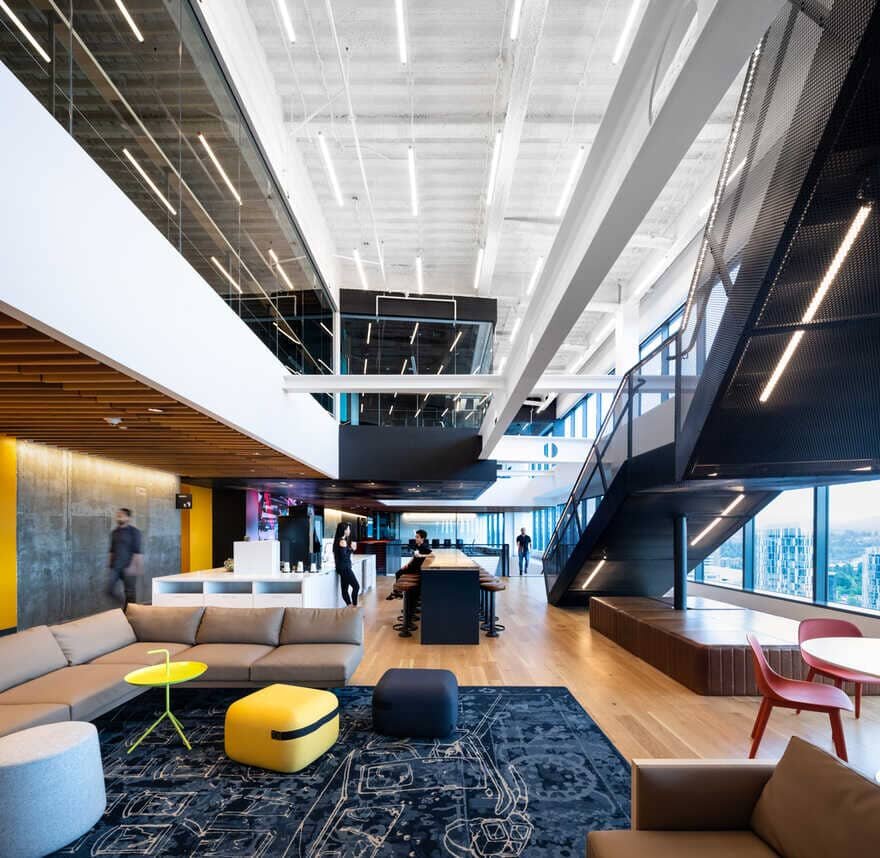