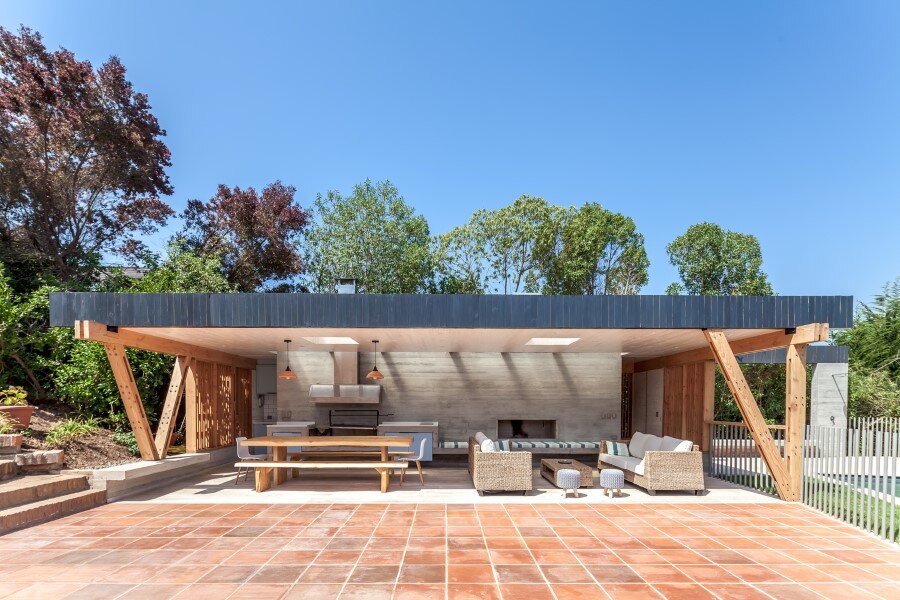 This backyard pavilion was completed by Chilean-studio PAR Arquitectos in 2015.

Description by PAR Arquitectos: The requirement called for an isolated and open construction, next to an existing swimming pool, at the end of a beach house garden that solved four needs: a barbecue/terrace space, a kitchen, a warehouse, a bathroom with a dressing room and a shower. Support was needed to link and attach several new inside activities and preexisting instances that surround the project. 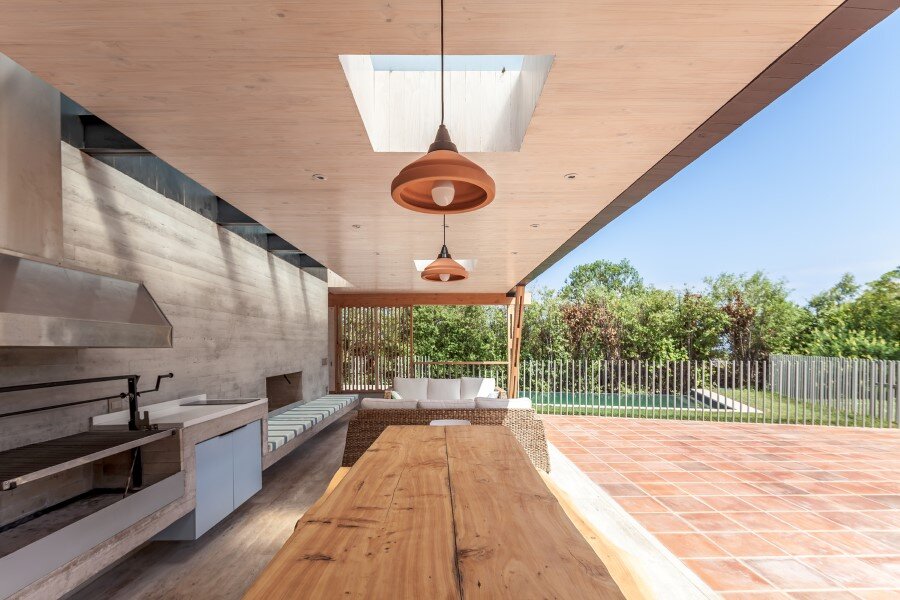 According to this, a pavillion was configured with a gesture of 3 reticulated trusses lined with different lengths (2 of 12mts and 1 of 18mts long), over a system of 2”x8” oregon pine beams and compound pillars, within the different skins and closing permeabilities of the enclosures are composed. The support and intersection Beam – Pilar, is the basis of the project’s and structural system’s expression, creating a formal game based on the breakdown of symmetries; diagonal pillar worked on contrary planes; together with the character of the woodwork assemblies gives the project a decomposed, less formal image, typical beach freedom. 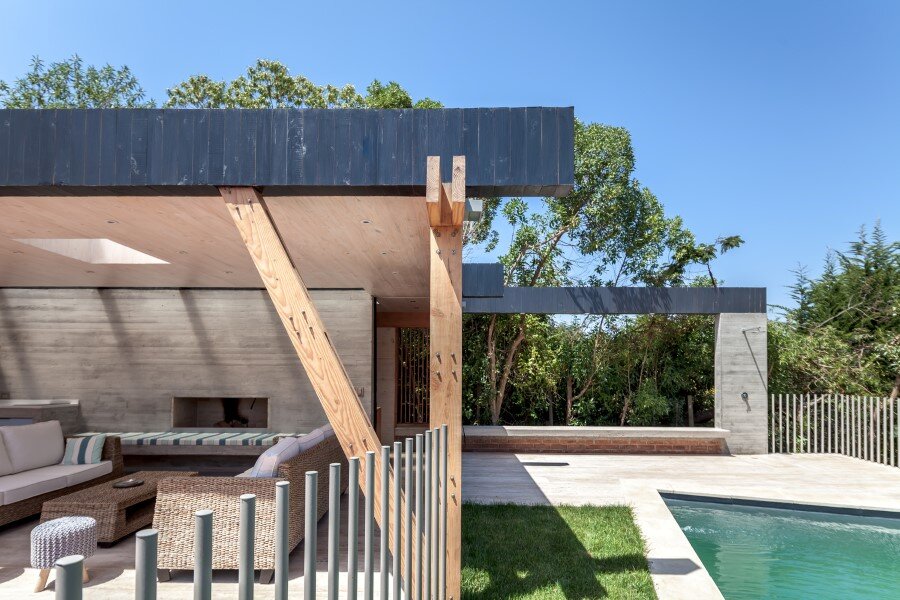 Spatially a central void is constructed, which extends into a hard esplanade, to generate permanent indoor-outdoor relationship, enhancing the pavilion as a support and a container of the family dynamics. The dining and living rooms are supported by a ribbon slab that compose the fireplace, grill and a in build bench. As a support and backing of this, a 10 meter long naked concrete wall as a screen separate at one side the kitchen and warehouse, and in the other the bathroom / dressing room. Two sliding doors give the option of closing both enclosures. In response to the shady south west orientation, transparencies are integrally worked with skylights and blinds in search of natural light and ventilation as needed in the daily uses of the different spaces. 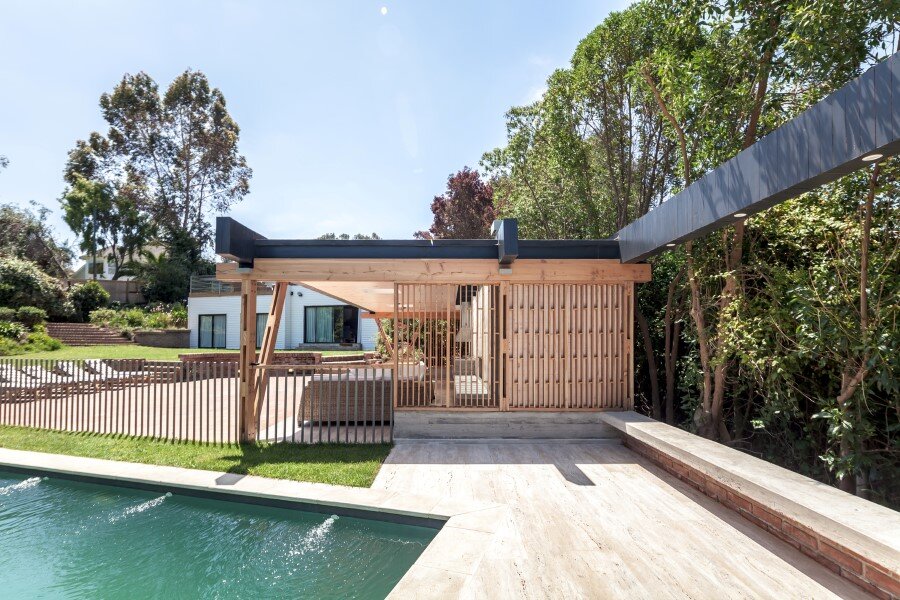 Regarding materiality, noble, easy maintenance and long life materials are privileged. The structure and blinds are planned and kiln drying oregon pine treated with waterproof colorless varnish Wetproof. For floorings, for the hard esplanade it was chosen Batuco clay ceramic tiles 40x40cm and for the inside 30cm wide with variable long Travertine Coggiola treated with opaque colorless primer of La Cantera. As ceiling coating, Arauco 1”x4” pine planking treated with white to white Wetproof varnish was used, nailed over the braces, which are anchored to main beams forming a rigid diaphragm with the OSB plate of the roof cover. 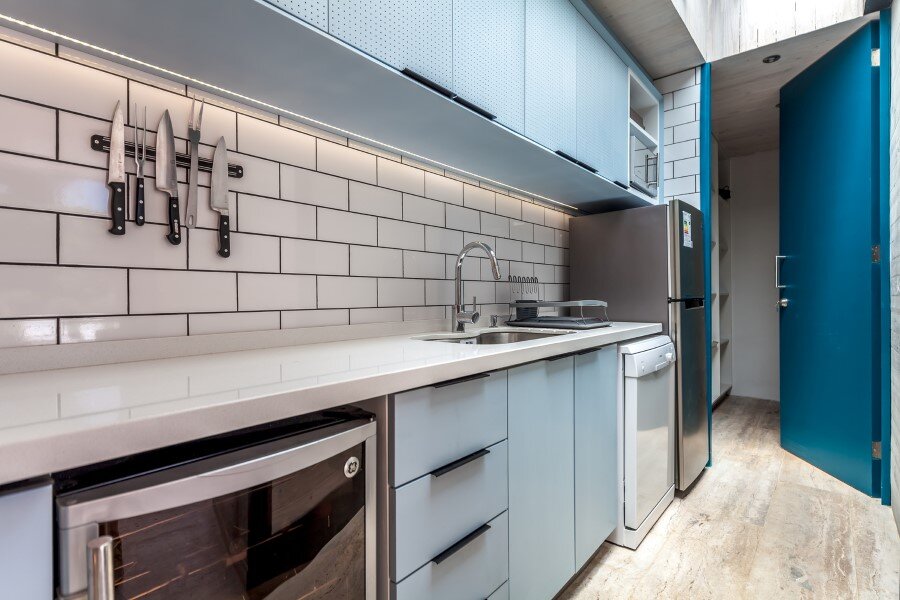 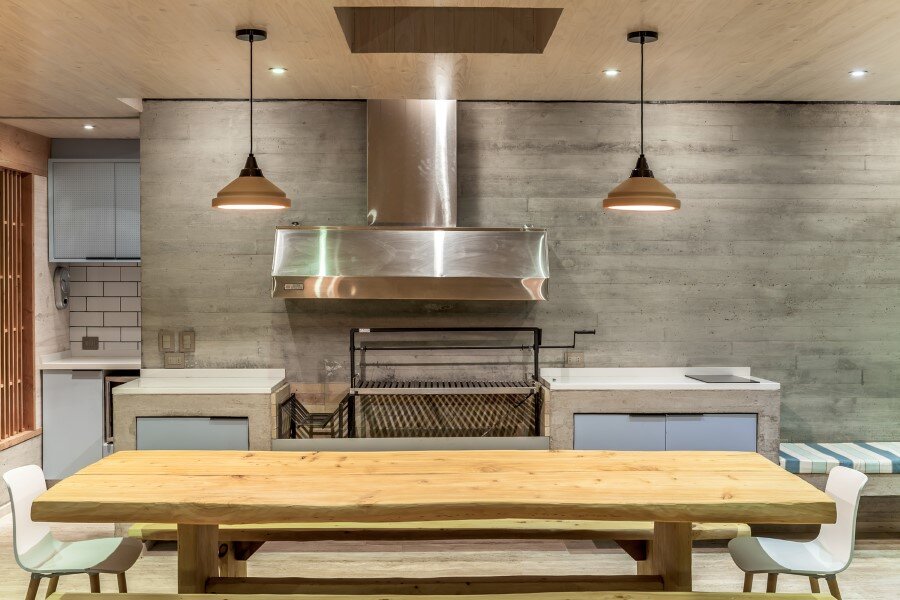 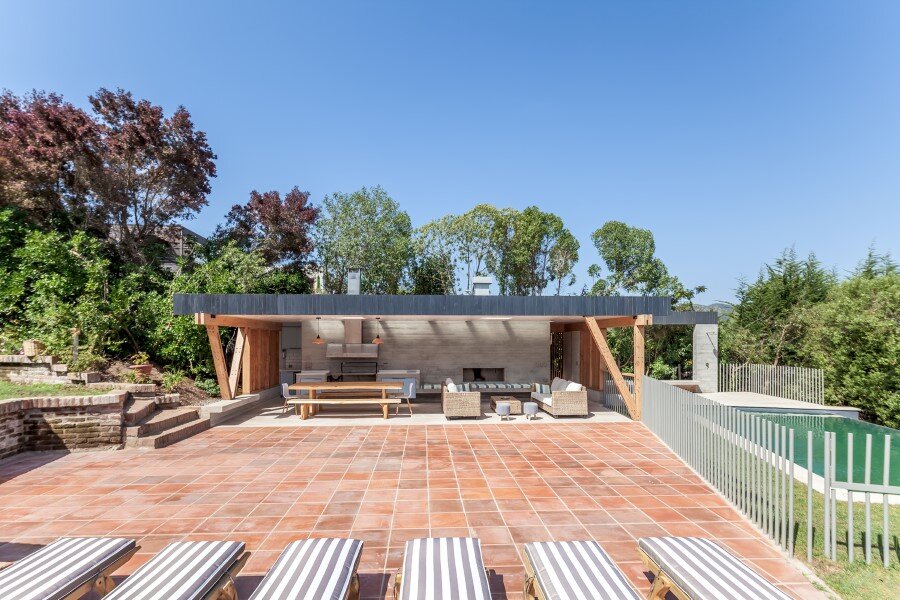 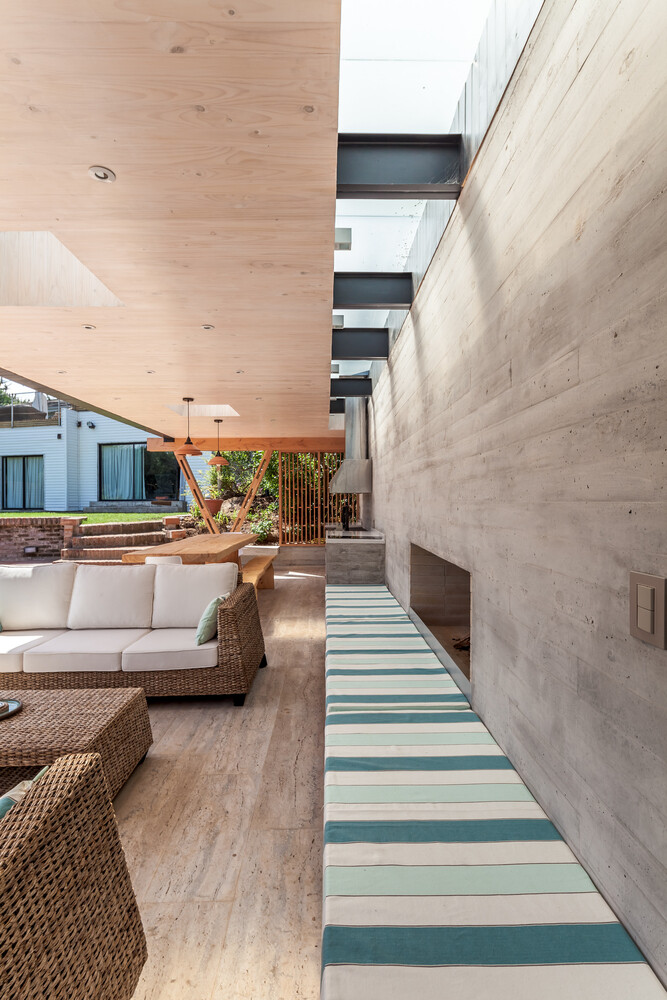 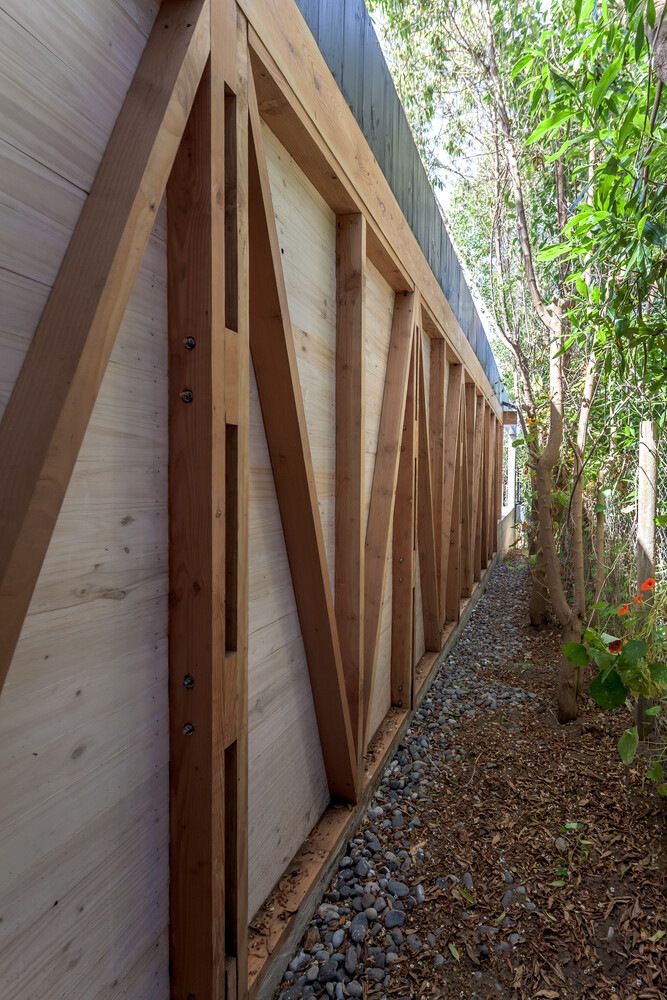 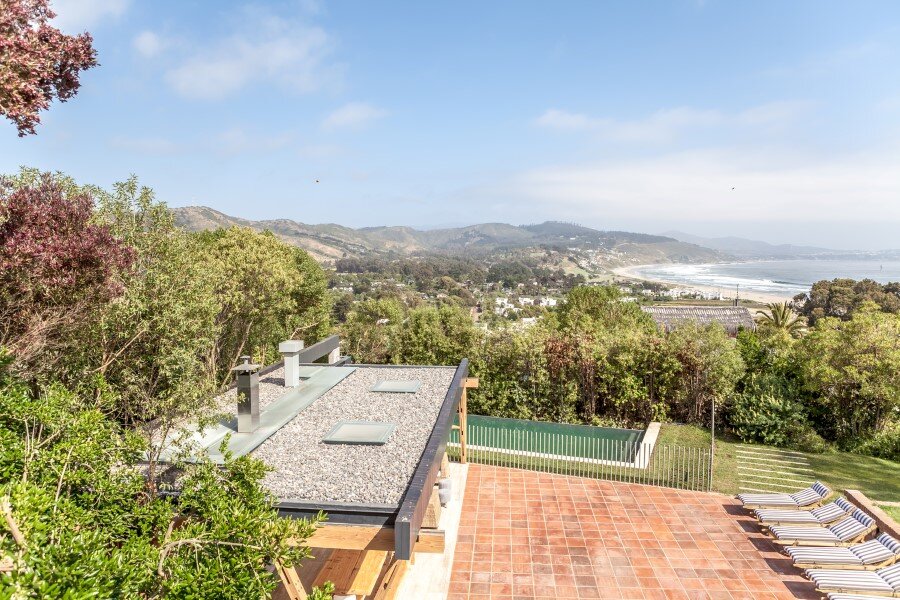 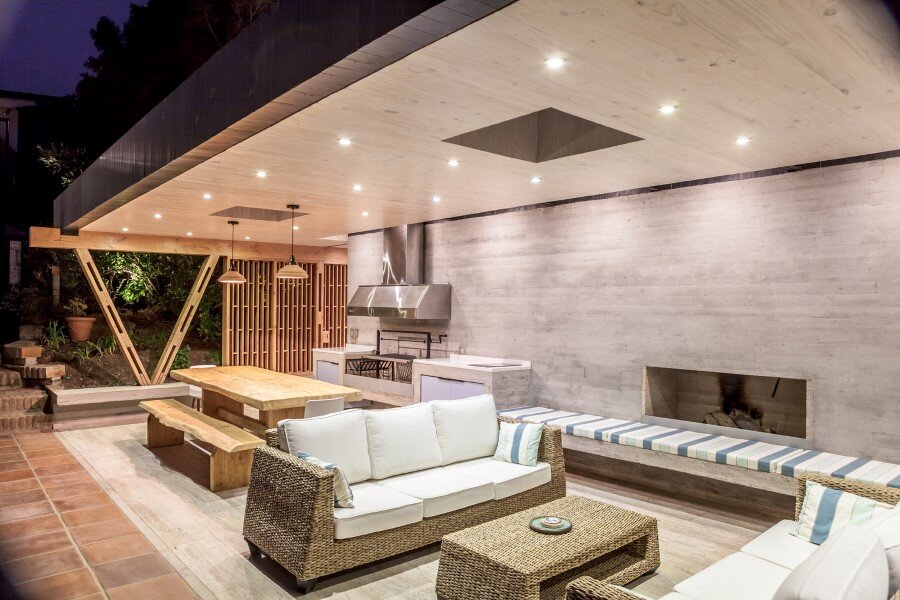 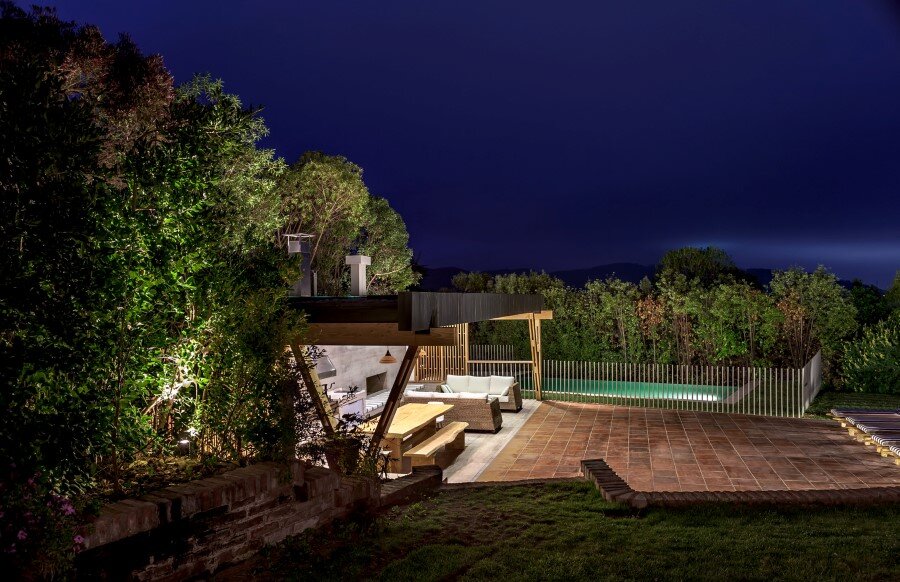 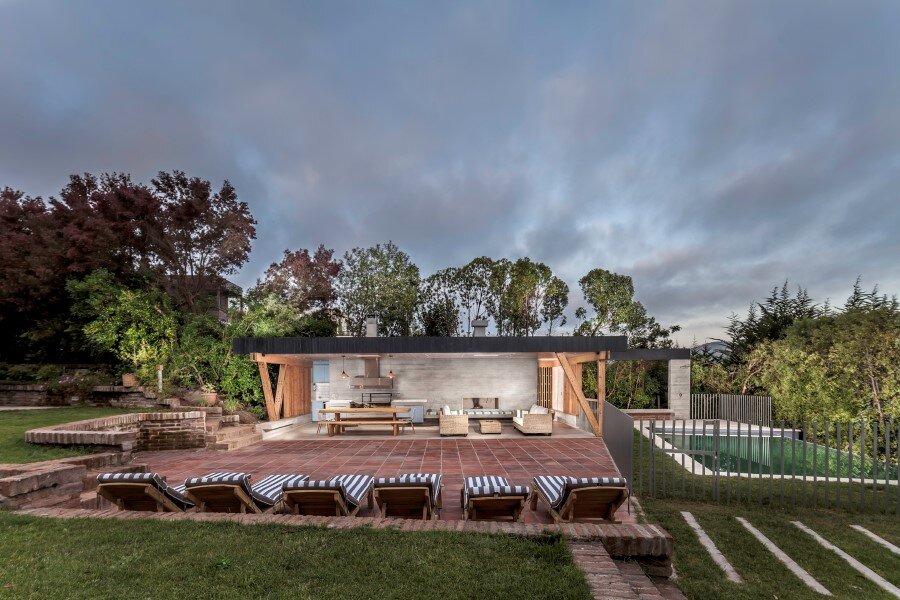 Writer’s Cottage in suburban residential area of the Oslo city

Woodworkers Barn Designed by Fabric Architecture as a Family Retreat