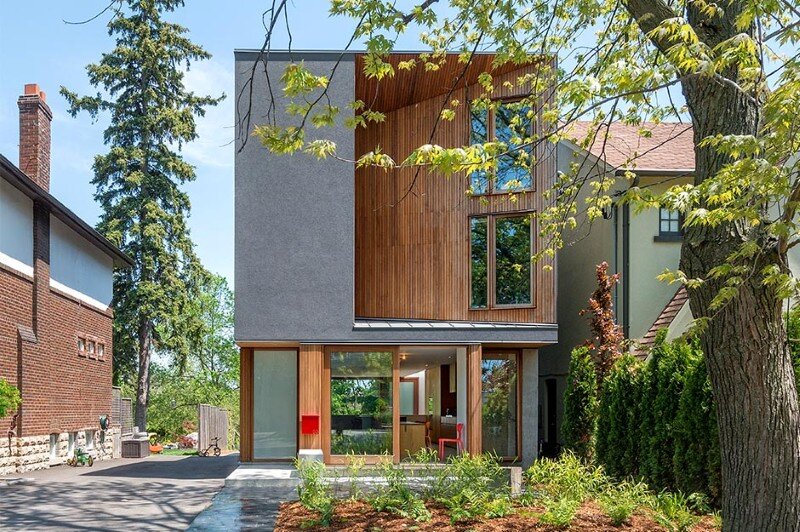 Williamson Williamson have designed Bala Line House in Toronto, Canada. Within many of Toronto’s network of well-preserved ravines and valleys, historic rail lines are occasionally found nestled unused on steep, wooded slopes between the upper plateau of residential fabric and the river valley habitats down below. The now de-commissioned Bala Line rail – once used for an industry-focused early 20th-century city – has evolved into a common passage for hikers and neighbours alike. This project is a single-family dwelling with a rare, accessible lot lining this western edge of the ravine, some 60 feet above the mid-slope Bala Line path. 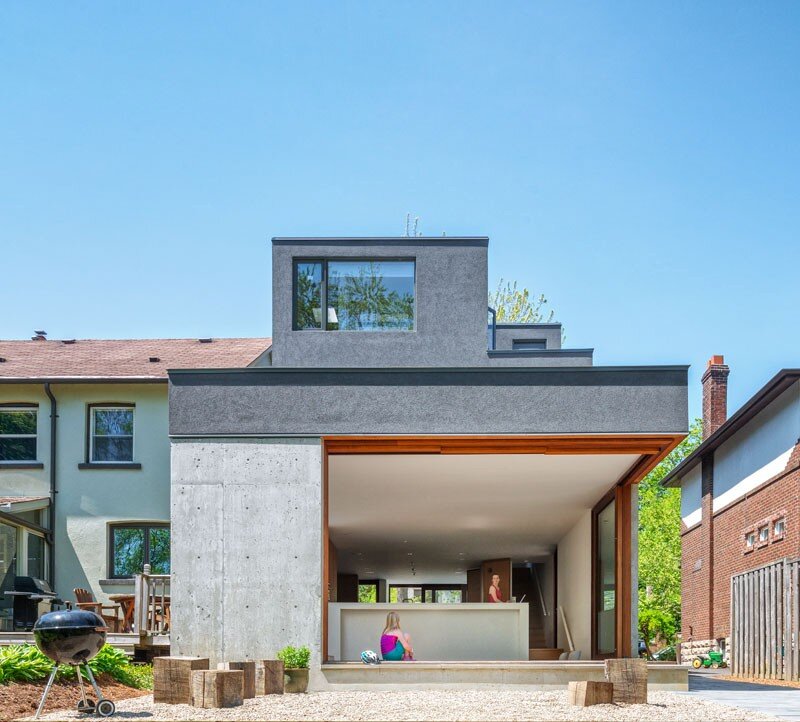 The home for a family of five integrates a series of terraced spaces strung together by a 14’ flight-and-a-half stair, coinciding with the cascading topography beyond. Using a single-run stair to offset primary spaces at key landing points, the project frames views of the valley below. Ostensible ‘pressures’ of limiting-distance minimum unprotected openings, neighbouring heights, and physical grade preservation (for stable soil structure and integrity), together offered an opportunity for a monolithic, though stepped, mass nesting atop a grounded poured-in-place concrete structure. The project ‘erodes’ toward the ravine, leaving a light-filled series of upper spaces capturing any natural light and thermally-moderating effects of fresh valley air – most notably in the form of a ‘carved’ front facade and a generous double-cantilever open corner at opposite ends. As a prototypical gesture to an otherwise neglected urban condition in Toronto, this house architecturally seeks to reclaim the ravine as a worthy, new public realm. 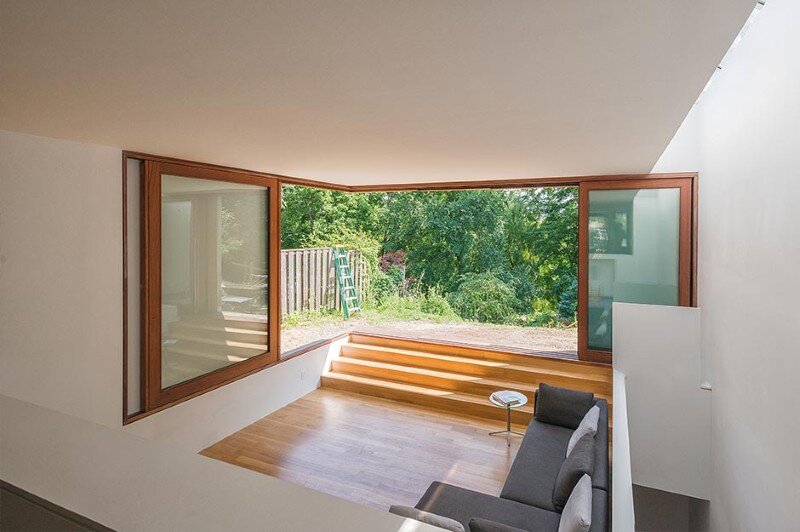 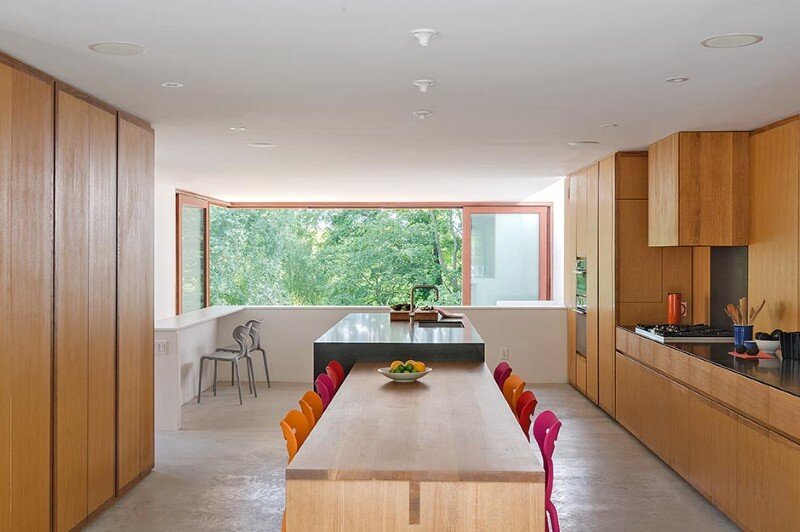 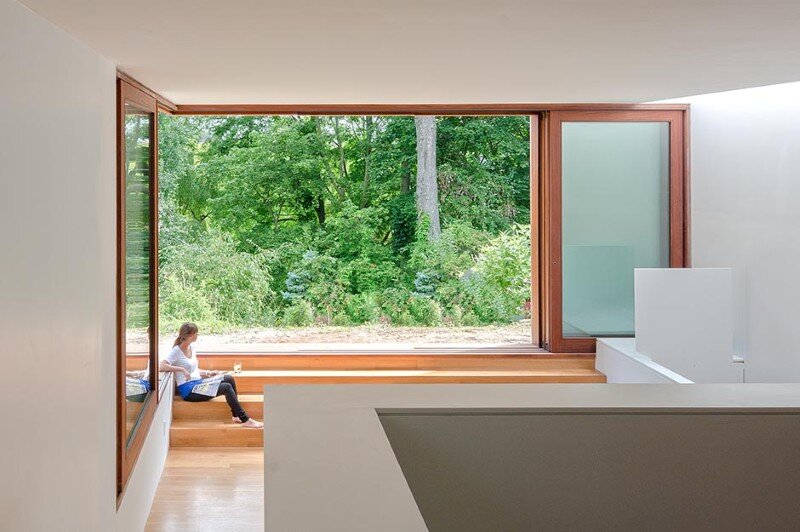 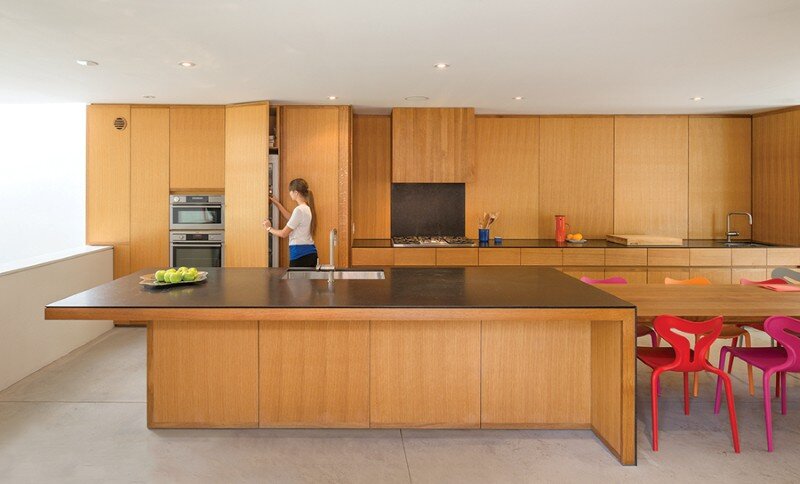 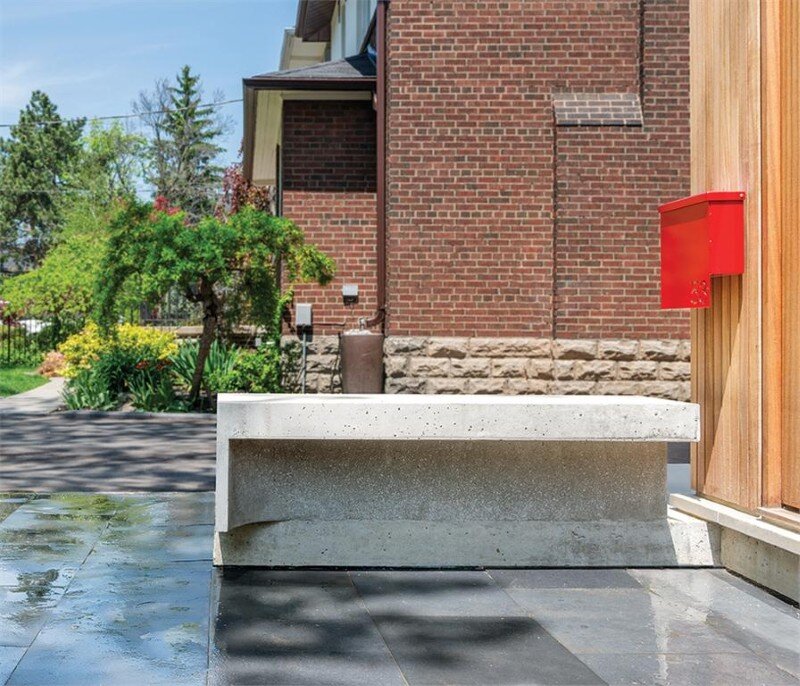 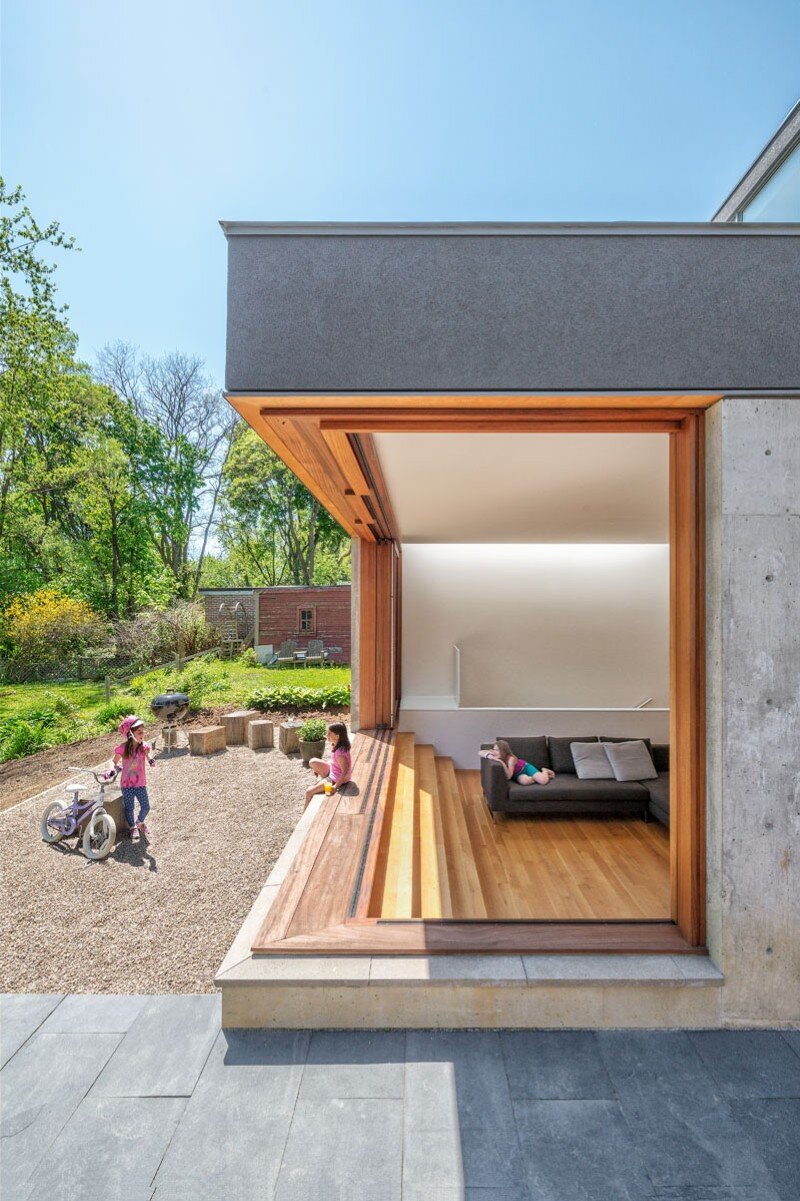 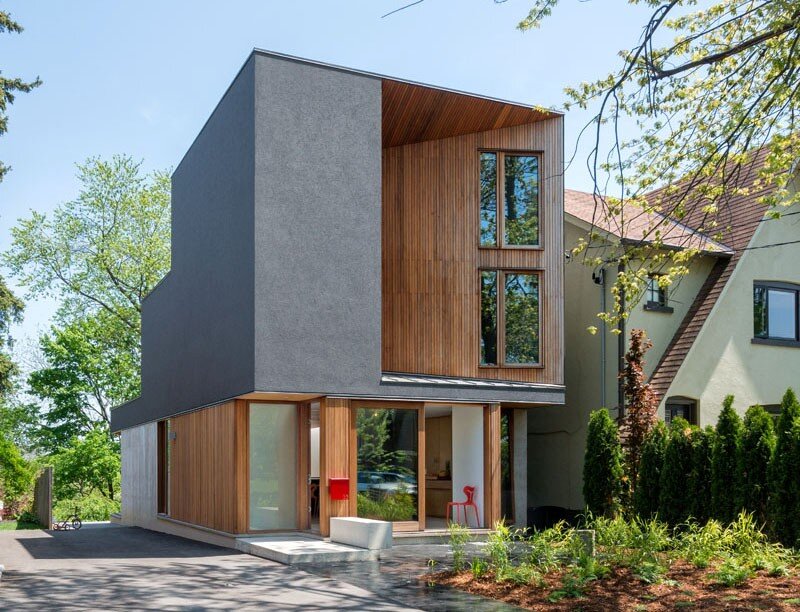 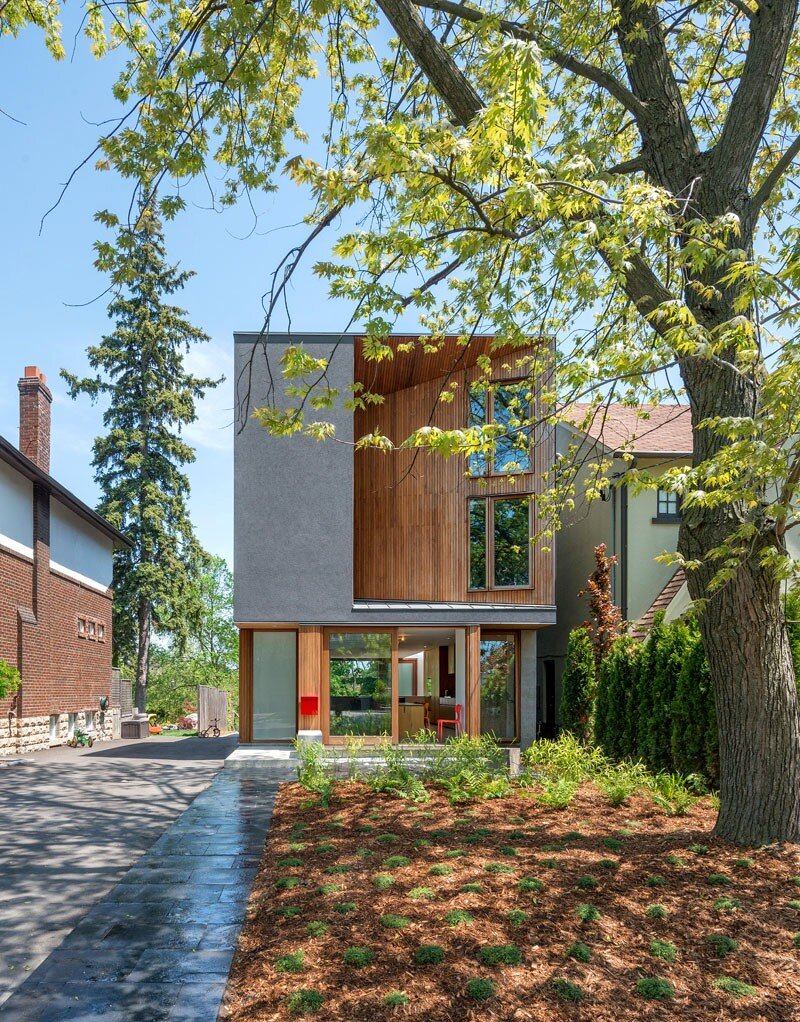 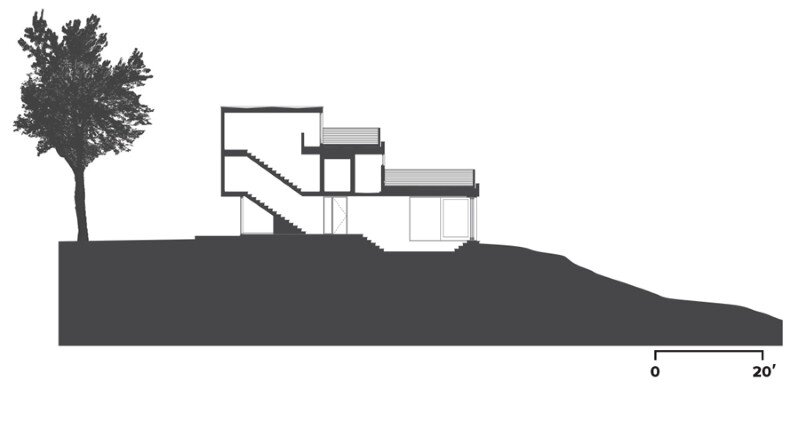 Introverted House: Isolation and Privacy are the Ingredients of this Residential Project