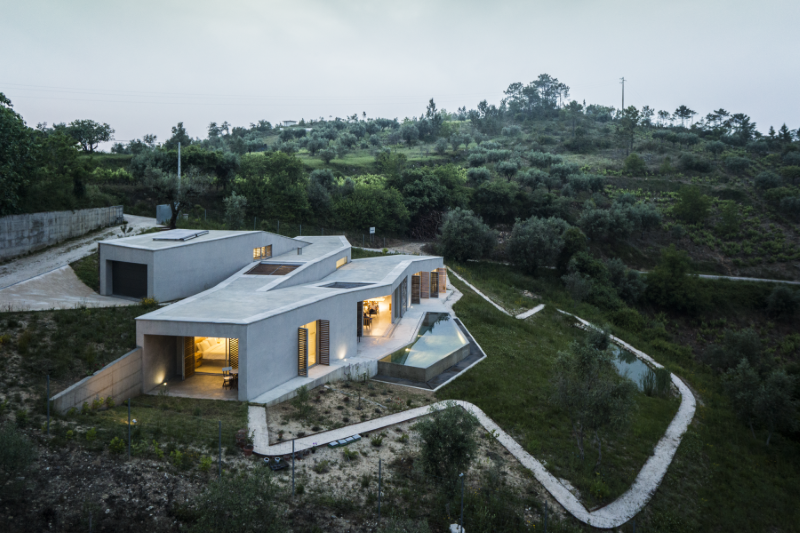 Lisbon-based Camarim Arquitectos has completed in 2014 Casa na Gateira. The Gateira concrete house is built on splendid heights of Portugal.

Description by Camarim: Gateira is a hamlet placed on a beautiful hill planted with vineyards, pines and olive trees with splendid views over the southern tip of Serra da Estrela, the highest point in mainland Portugal. The clients – a British couple – wanted a second home to give them space, open air and silence, in contrast to their life in London. 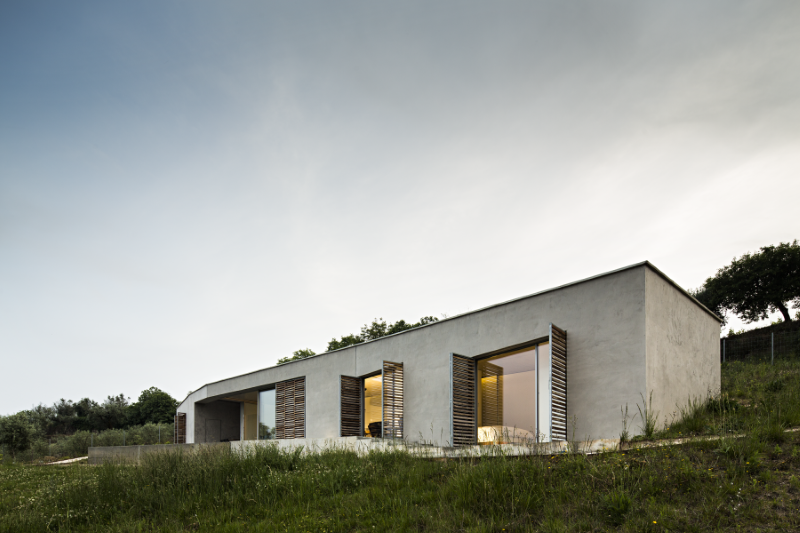 The first question: how to design on such a dramatic landscape, with an unusual balance between nature, agriculture and traditional architecture? Our strategy was to interfere as little as possible: one enters the house in the upper part of the plot, through a wall that evokes the region’s traditional slate buildings, and descends onto the house’s core – a social space split in 2 levels. From this space, the house’s volume breaks and extends along the topography in a subtle yet effective separation between social and intimate i.e. every space sits on a different level and has direct access to the outside. We may say that instead of a house in the landscape we thought of a house from the landscape, as though building a walk in the countryside. 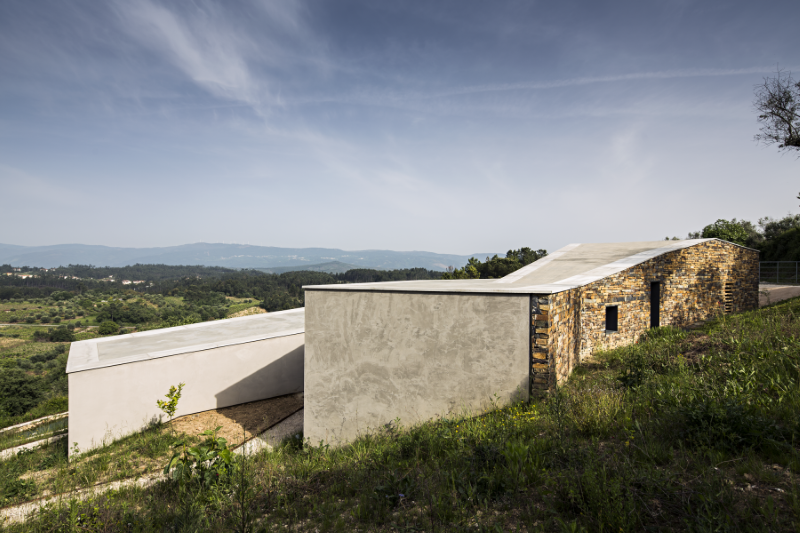 Beyond the romantic notion of a well-grounded house, extensive contact with the ground gives enormous energy benefits: we use the earth’s endless thermal mass to balance air thermal amplitudes throughout the day and seasons. The patio between the living room and the master bedroom is also a passive thermal device: it creates a thermal differential between the swimming pool and the patio, which generates an ascending air flow across the house for cooling in spring and summer, and it allows intensive insulation of the most innermost point in the house in autumn and winter. For more information visit Camarim Arquitectos 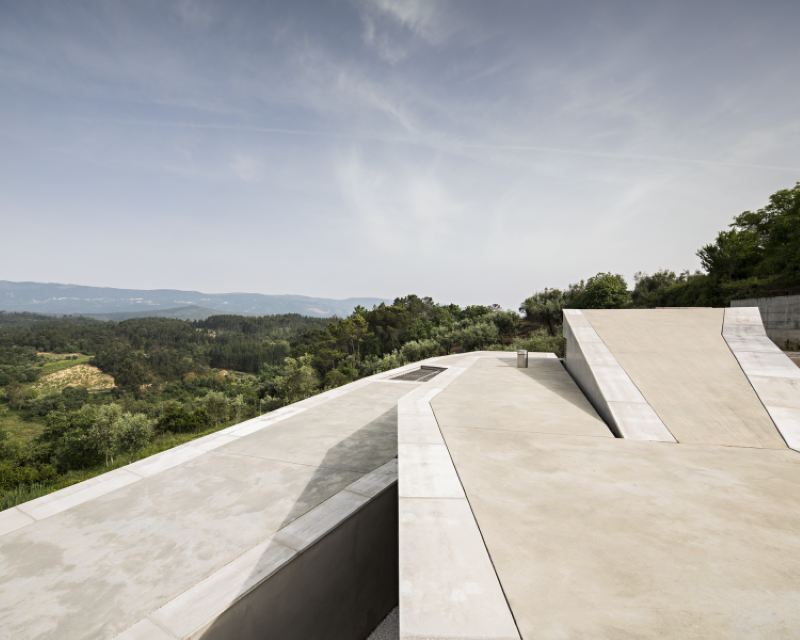 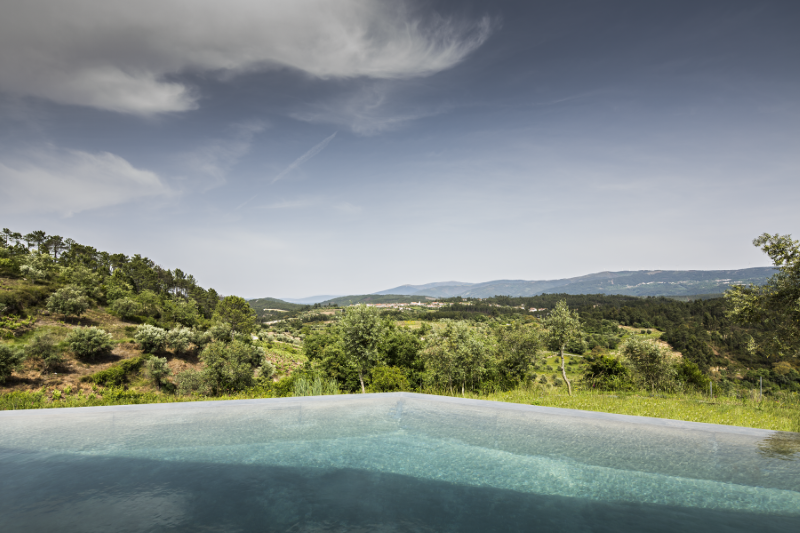 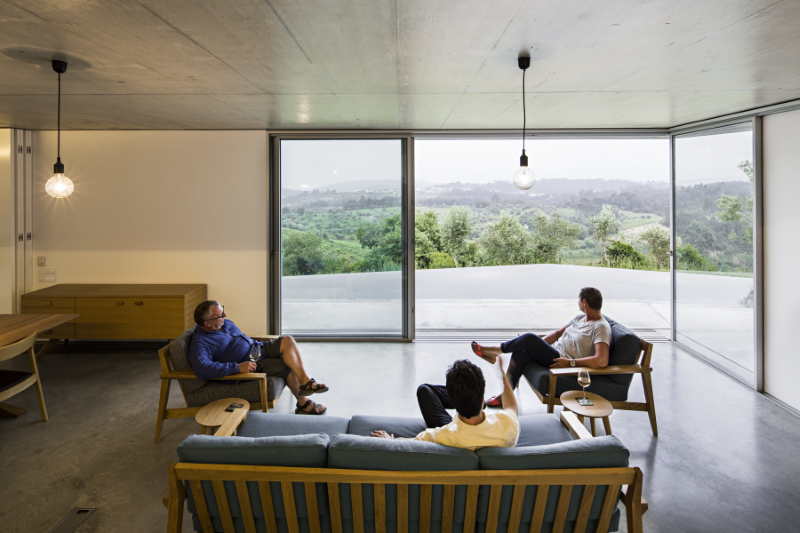 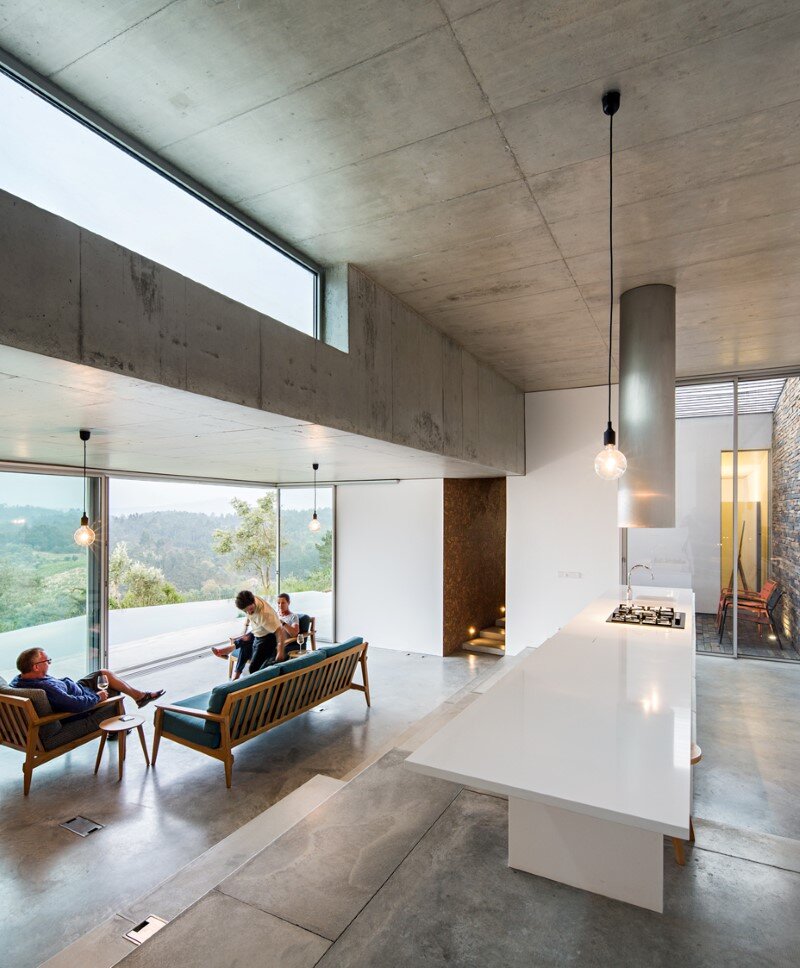 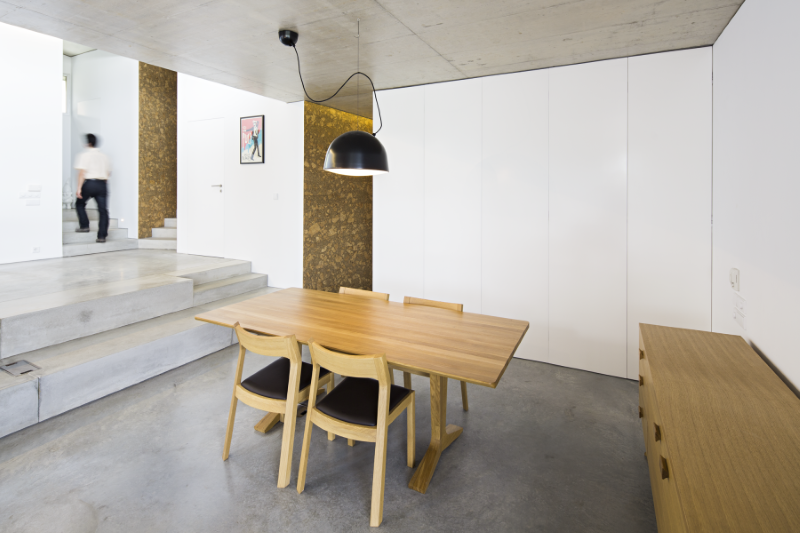 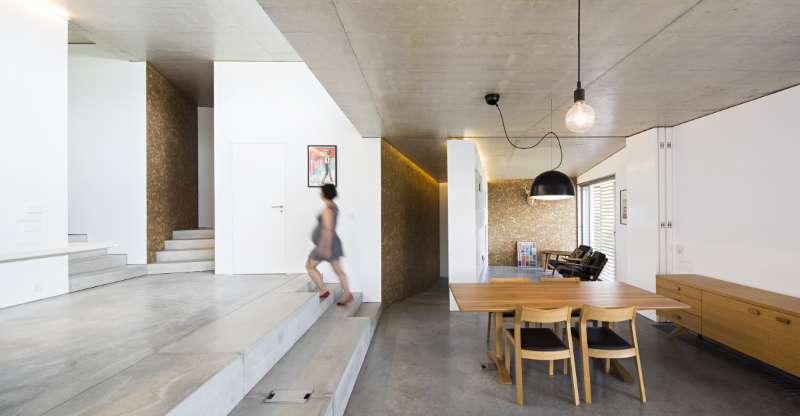 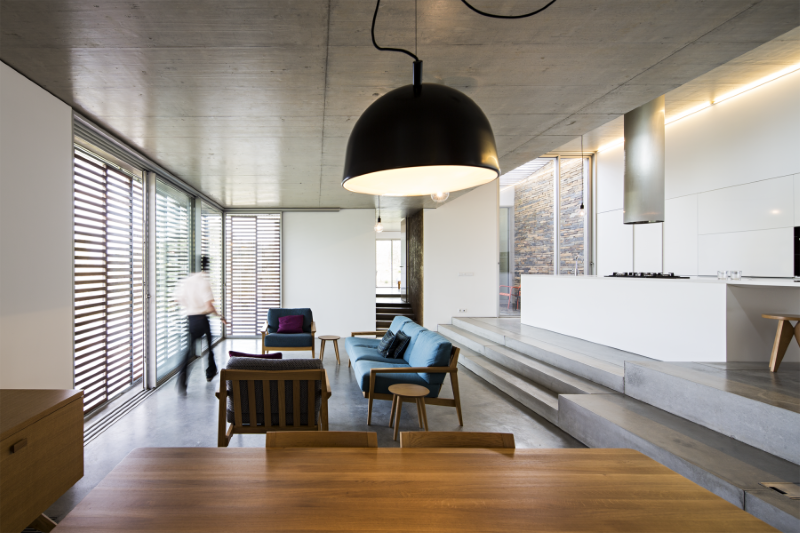 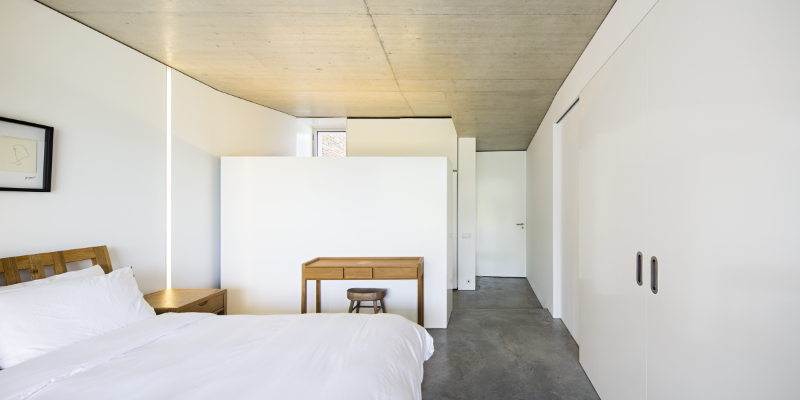 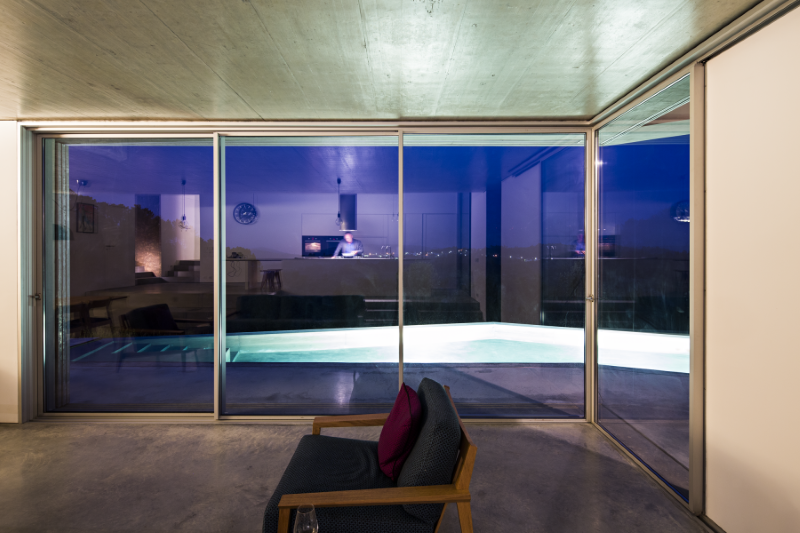 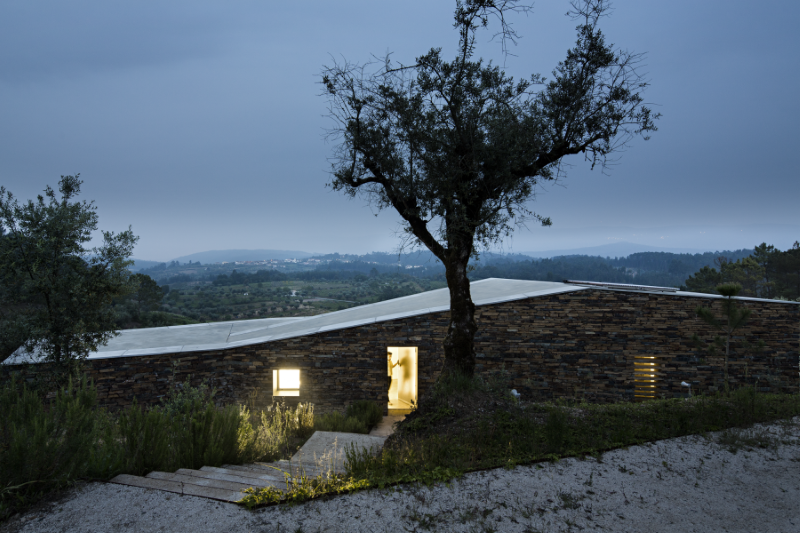 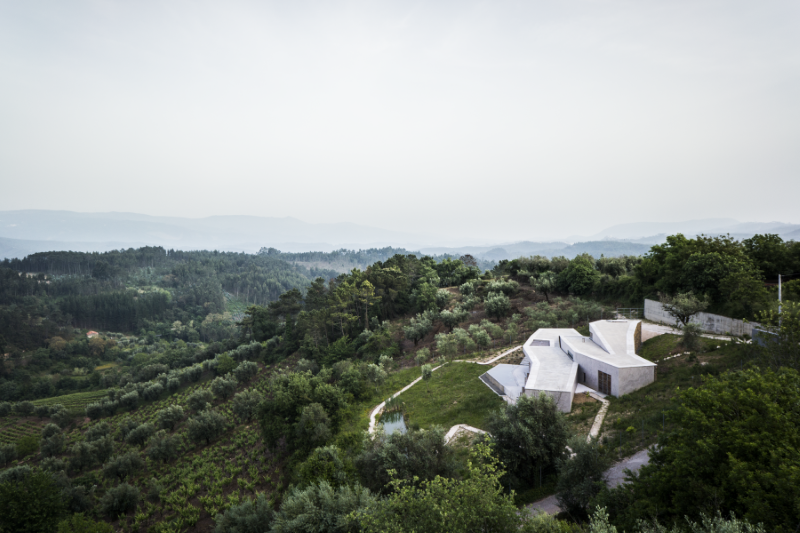 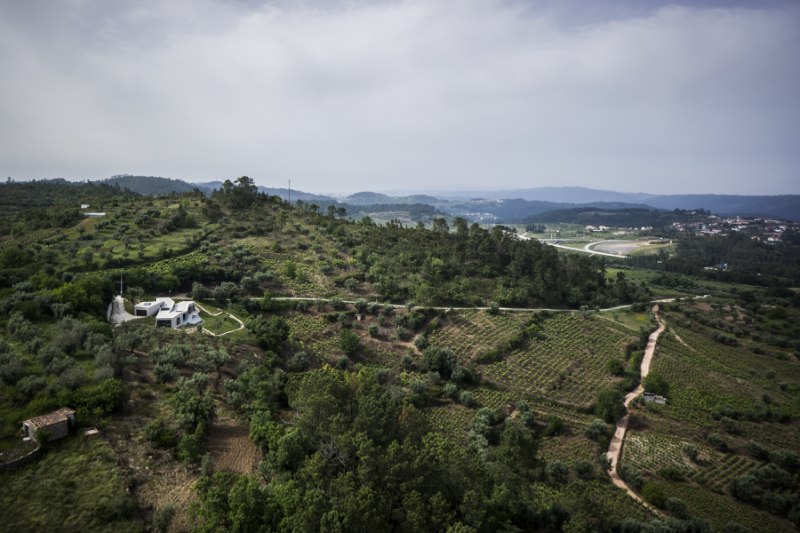 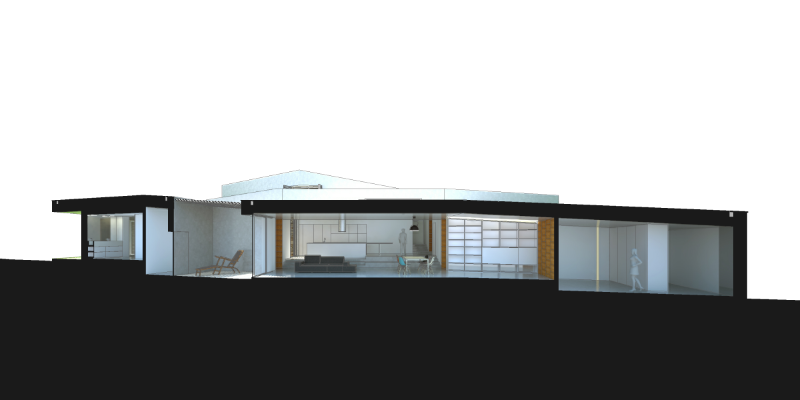 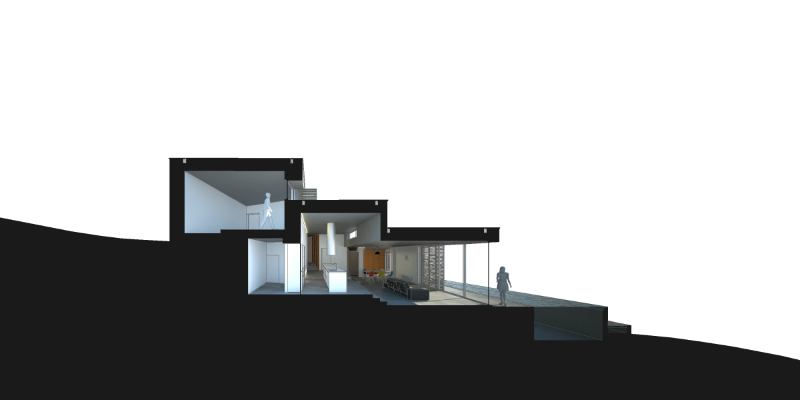