Stora Hotellet: Interior design inspired by the contrast between sailors and high society

Umea is a city with approximately 120,000 inhabitants located in the Bothnian Bay, in northern Sweden, with a long maritime history. Stora Hotellet (Grand Hotel) was built in 1895 with funds provided by the local Seamen’s Mission and it was the grandest hotel in town. Until 2011, trying to keep up with the industry trends, the hotel has undergone a whole of series of renovations. Due to all these changes that were made in time, the hotel has gradually lost its charm. For the rebirth of the hotel, the owners have understood that they need to preserve and capitalize the history and heritage of a building that once was the center of the public life. The realization of the project fell on the architects and designers from Stylt Trampoli. The new interior had as an inspiration source the period in which Seamen Mission had its headquarter in the hotel. The architects wanted to highlight the contrast between the sailors and the high society: foul-mouthed seamen and tea-sipping ladies, sailcloth and velvet, sea-spray and champagne.

The interior design is a mixture of rough and refined, which makes the hotel a thrilling experience. The rooms have names inspired from the sailors’ concerns and habits: Superstition, Adventure, Mystique, Yearning, Passion, and Freedom. These can be part of the luxurious suite, with their own sauna or nautical rooms “berths” with generous bunk beds. Naezén’s Library, the hotel’s downstairs drawing-room, is inspired by Daniel Erik Naezén, a doctor from the 18th century who managed the most northerly physician’s practice in the world. His passion for history, nature and flora of Westbothnia have inspired the decor of the library where we can find cases displaying old scientific instruments, books, notes and a hortus siccus full of local flowers. The new hotel restaurant, Gotthards Krog, was named after the first owner who was a veteran of Nordenskiöld’s 1883 Greenland expedition. The history of the building is captured and invoked in several ways through the interior arrangement. The owners of Stora Hotellet, wished their hotel to be again the most grandiose from Umea and Stylt Trampoli architects have fulfilled this desire. 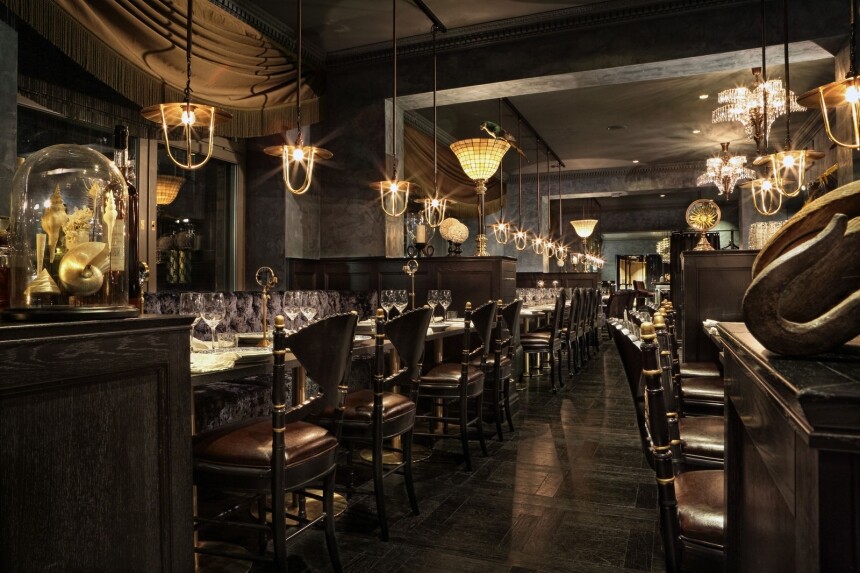 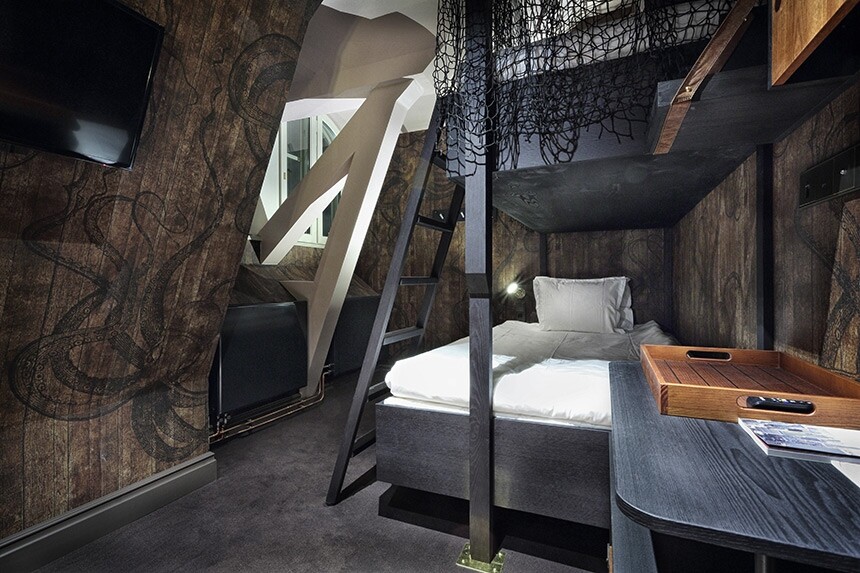 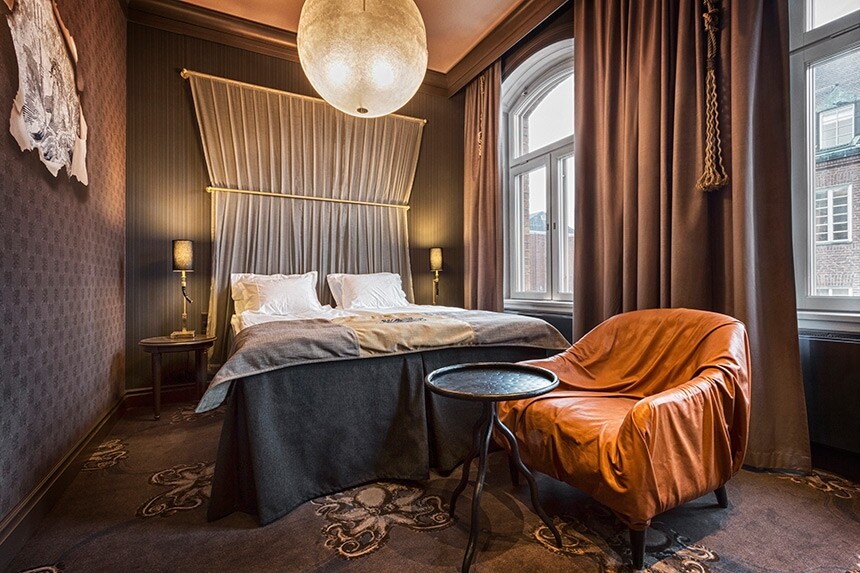 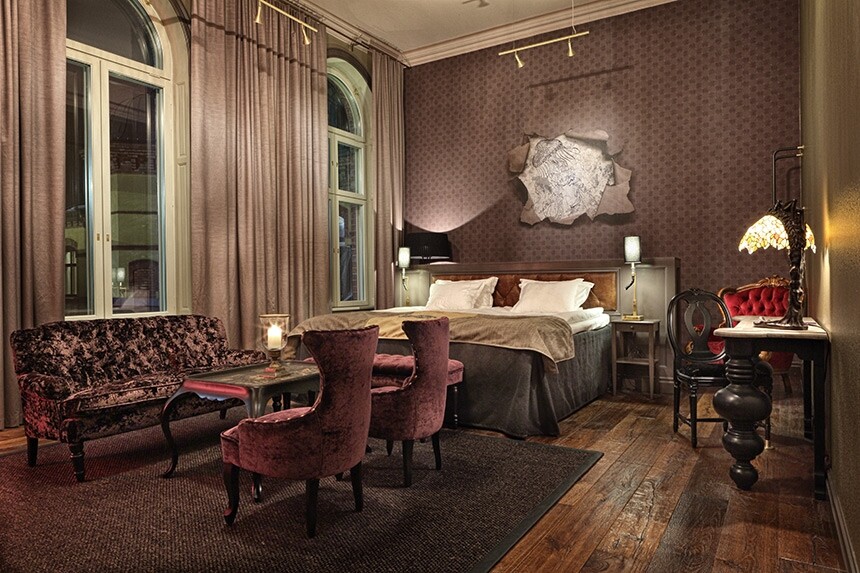 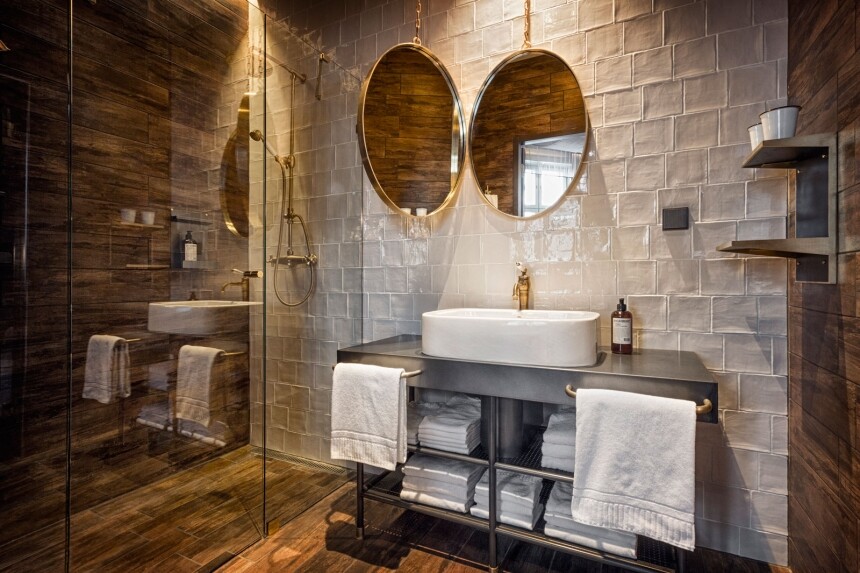 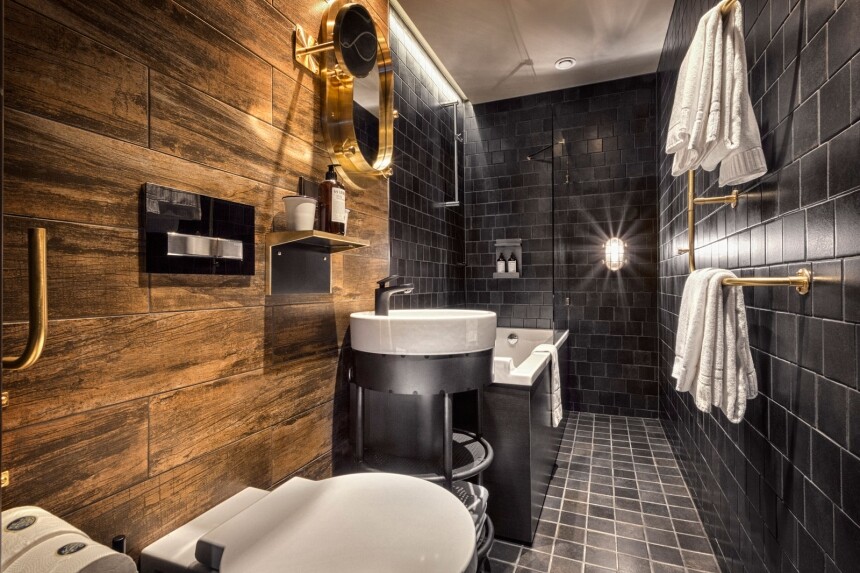