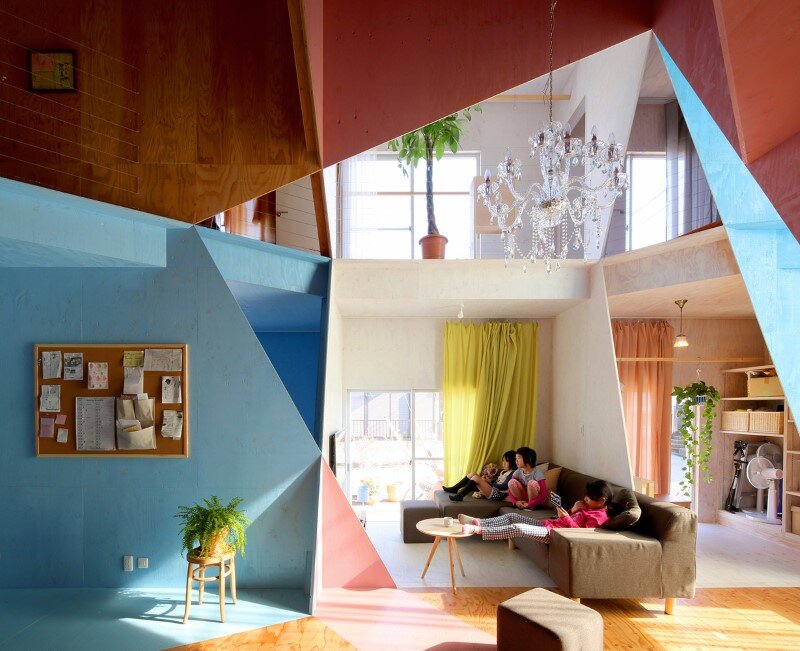 Description by Kochi Architect’s Studio: This is a renovation project of single-family house, originally used as a typical two-story apartment – house with eight small rental units in the suburban area of Tokyo, Japan. More than half of the units of this old wooden apartment were empty, therefore the owner wanted to demolish it and then build a new single-family house (parents and two girls) at the beginning. However, I proposed to renovate this existing building into a single-family house instead of demolishing it, because with their budget I thought the clients could only gain the half area of the existing building if they built a new one, which does not benefit them. 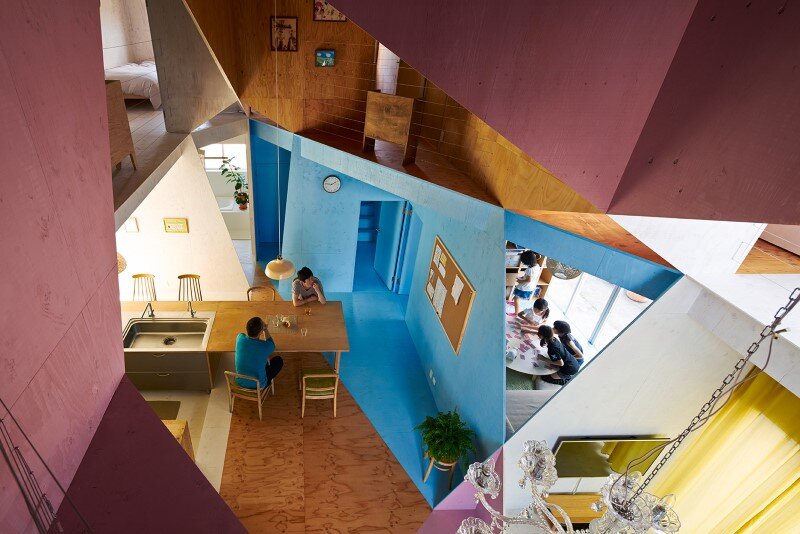 Depopulation in Japan started 10 years ago. The number of householders decreased, too. I would say theoretically people can have more space in their residences. The time of Japanese people living in tiny houses has changed. There is a shift from dividing limited space for many people into uniting existing divided space for fewer people, I think. However, clients generally still tend to divide a house into many rooms. I picture the image of a new house, which is well-balanced between dividing and uniting space inside. The act of dividing coexists with the act of uniting here. The result will be dynamic and complex internal space, which provides the experience of being all the spaces without losing the sense of retreating into the one. In this project called ‘Apartment – House’, my ambition is to create high density and richness of diverse sceneries in this small architecture. 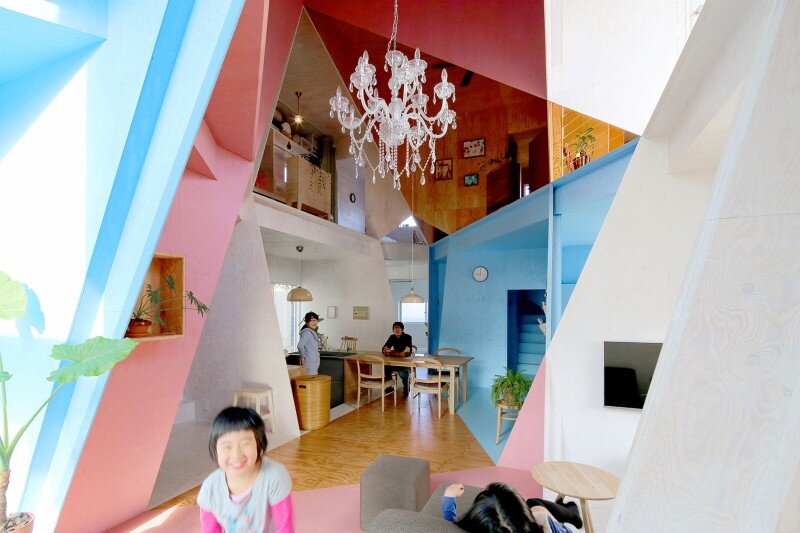 I started with cutting a hole inside the apartment to connect eight rooms. The existing building has rigid 3D grid, consisting of the walls and floors, which systematically divide the internal space into eight. I cut 2D shapes (triangle or quadrangle, not pentagon) out from this grid system. As a rule, I decided these 2D shapes should not follow the 3D grid. For example, one triangle shape was cut out crossing the grid between the first floor and the second, and placed beyond the X and Y coordinate plane. Each of the eight rooms is on the 3D grid, but 2D shapes are not. I used different vivid colors as “Four color theorem” for each 2D shape, which is not following the grid, to emphasize the presence. As we stand inside, we can find two different types of depth ( =perspective view) in the same space. 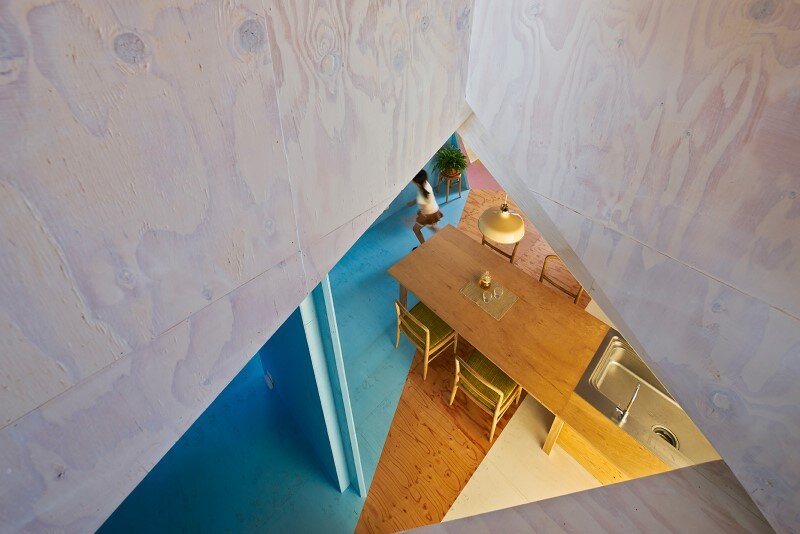 The result of this process showed some different depth of space, which reminded me of a picture of Cubism, which has distortion of perspective between 2D and 3D. We can see scenery, in which triangles and quadrangles gathered, overlapped and intersecting each other, creating diversity of spaces into one place. Architecture cannot escape from 3D grid system, and paintings also cannot escape from 2D on the other hand. In the history of art, cubist found an emerging depth of space in their 2D paintings. Similarly, may architecture discover its emerging depth in the 3D space? 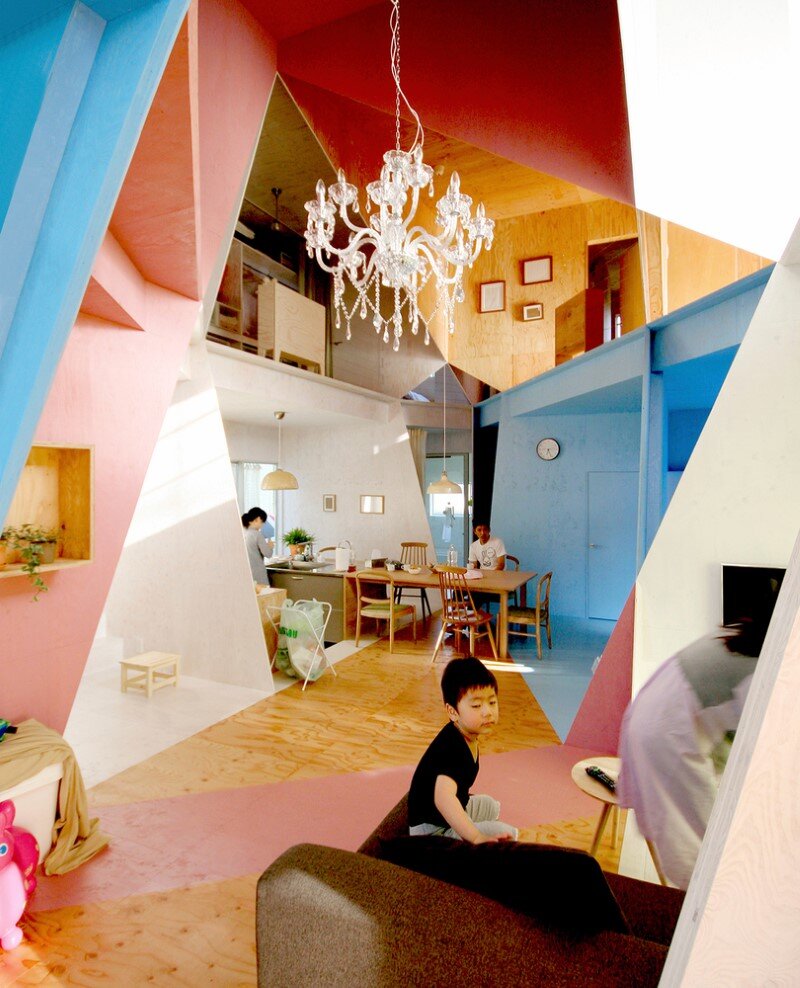 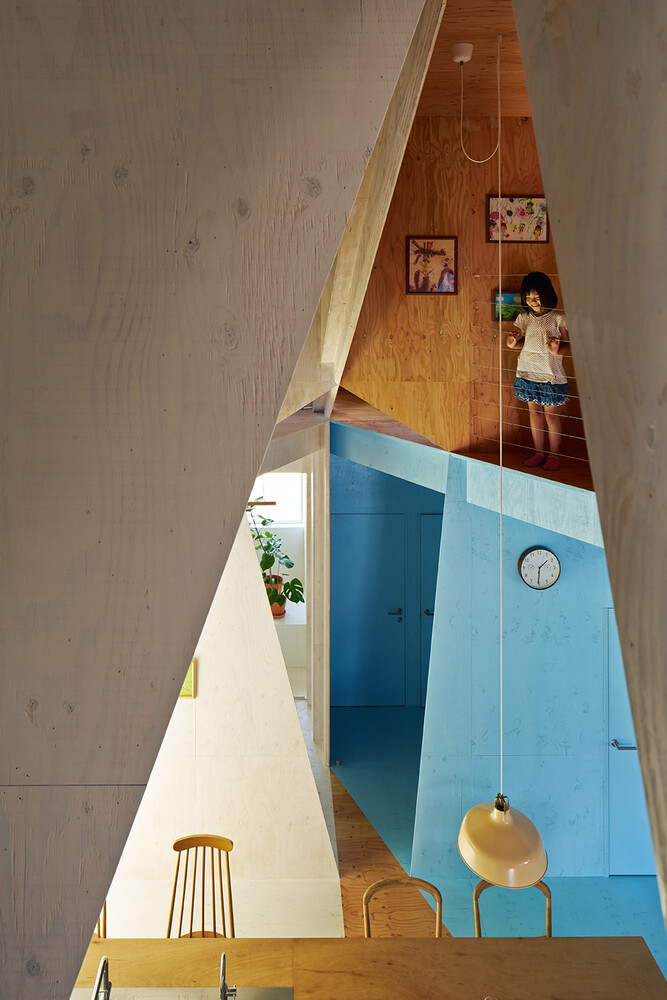 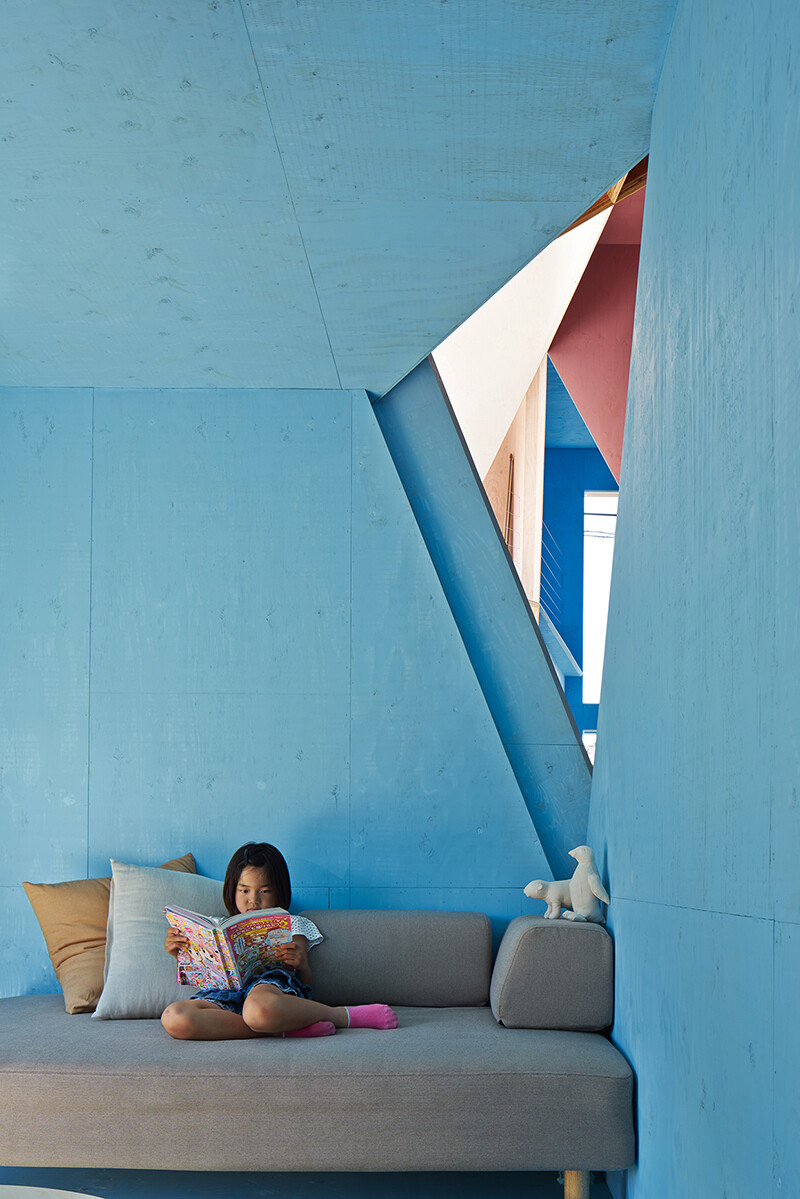 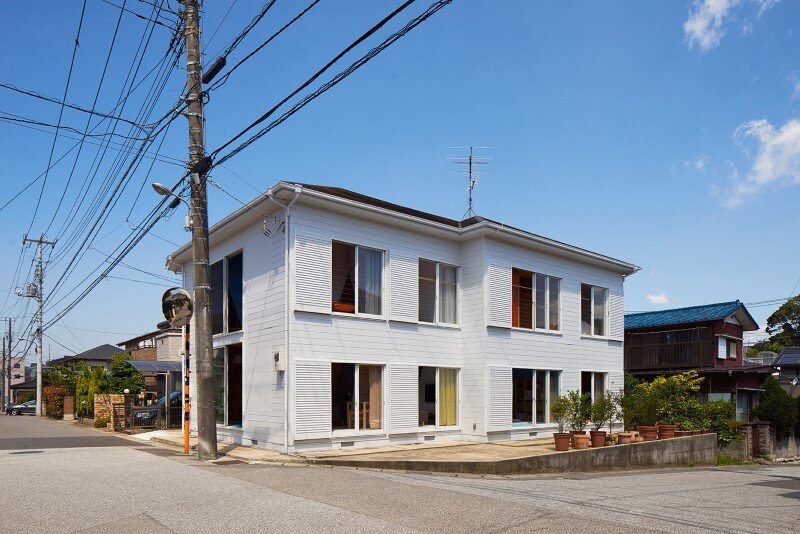 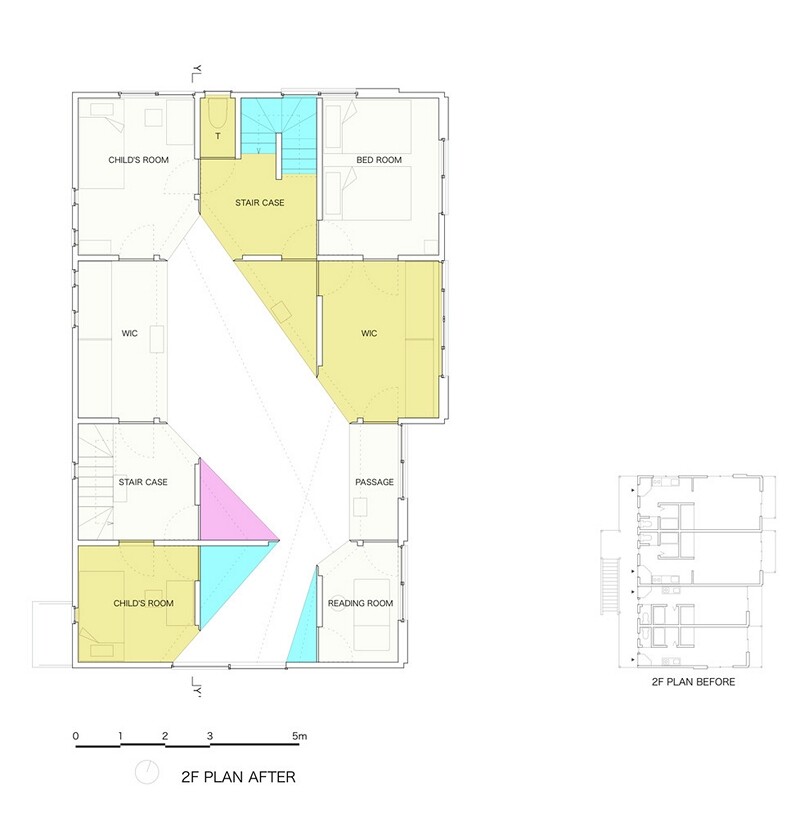 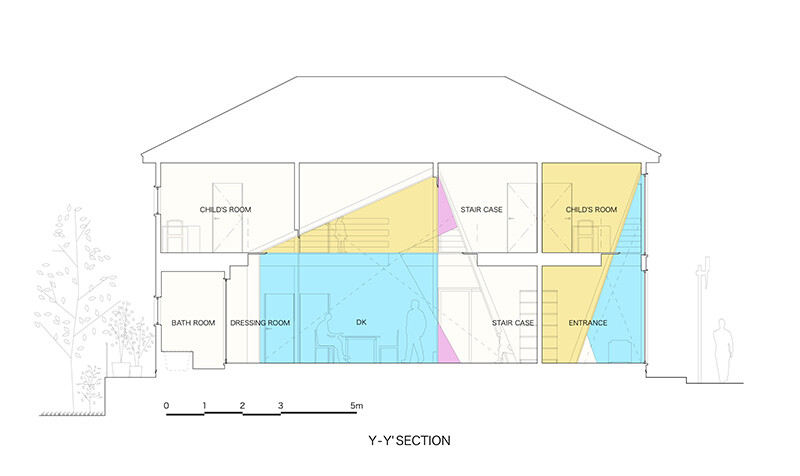