Best Office Space of the Year 2015 in India 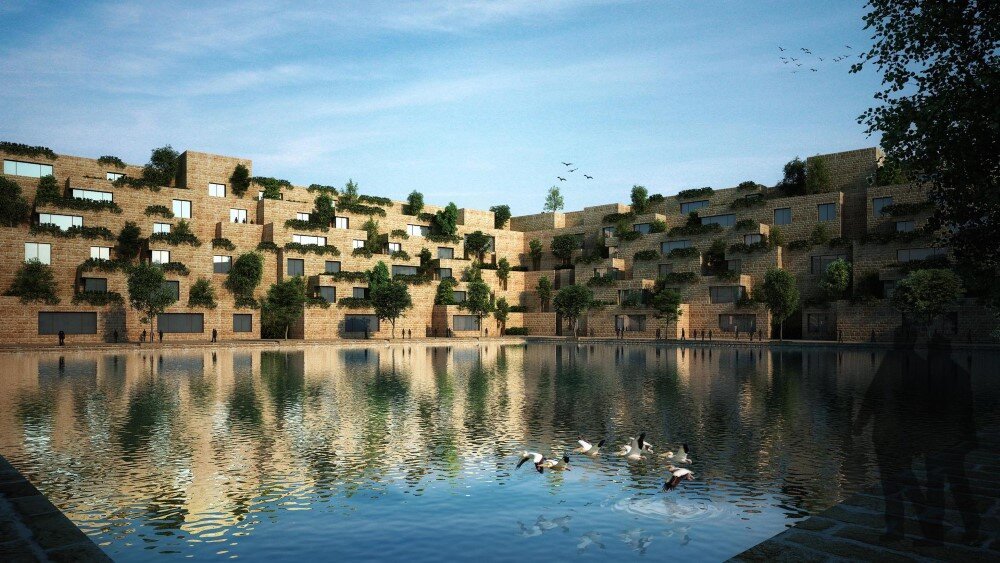 Reservoir is the most recent office space project created by Sanjay Puri Architects in Rajasthan, India. This corporate office space is inspired from centuries’ old traditional architecture of the region. Reservoir Office Building won first prize at the World Architecture Festival (WAF) as the Best Office (Future) Building of the Year 2015.

Description by Sanjay Puri Architects: This site is located in Rajasthan amidst desert land where water is a scarcity and temperatures are in excess of 40 ° C through 8 months of the year. The site is steeply contoured and the land forms a natural water collection pit from the surrounding land. To capitalize on the water collection that the site naturally has, stepped wells located in Rajasthan since centuries were studied and the design of the built form is directly inspired by the form of the ancient stepped wells. 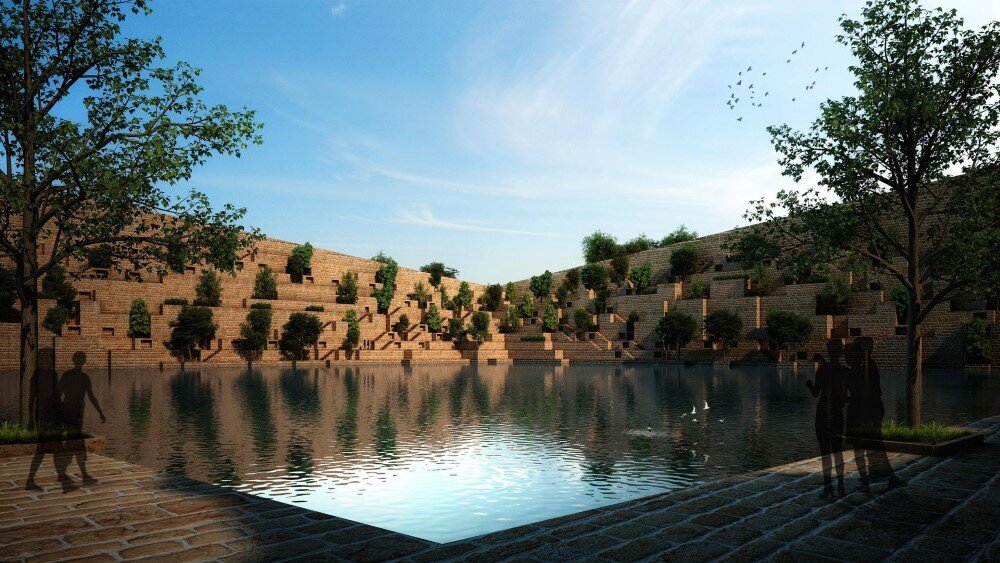 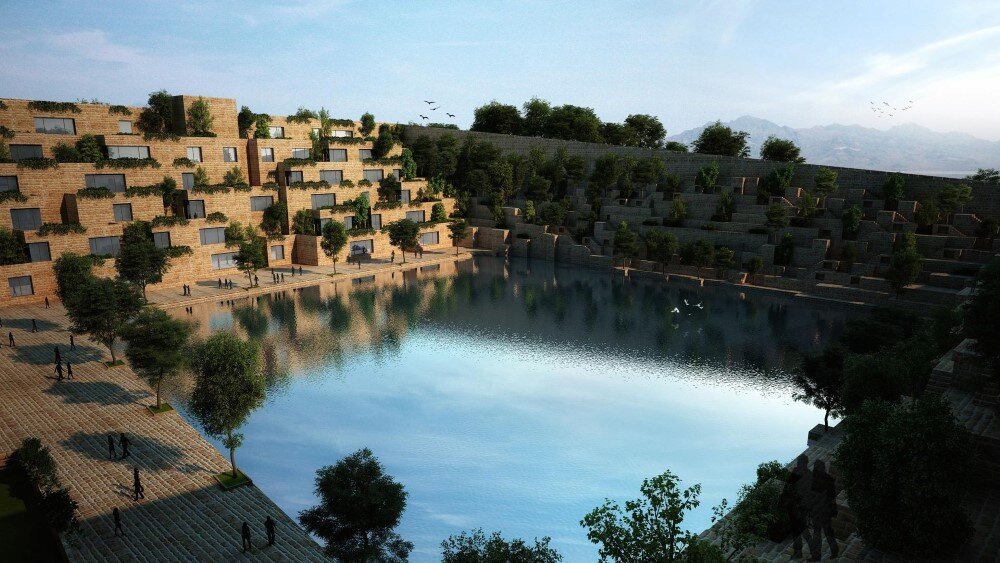 Externally the southern side is protected by earth berms that rise to create sheltered parking spaces with lower berms on the northern sides. The design is responsive to the site contours, the climate of its location and to the need of its users, generating office spaces that require much lower energy consumption due to their orientation while imbibing the traditional architecture prevalent in the region since centuries and creating a large water catchment area in response to the water scarcity. The entire structure will be built in local Chittorgarh sandstone available in close proximity of the site. 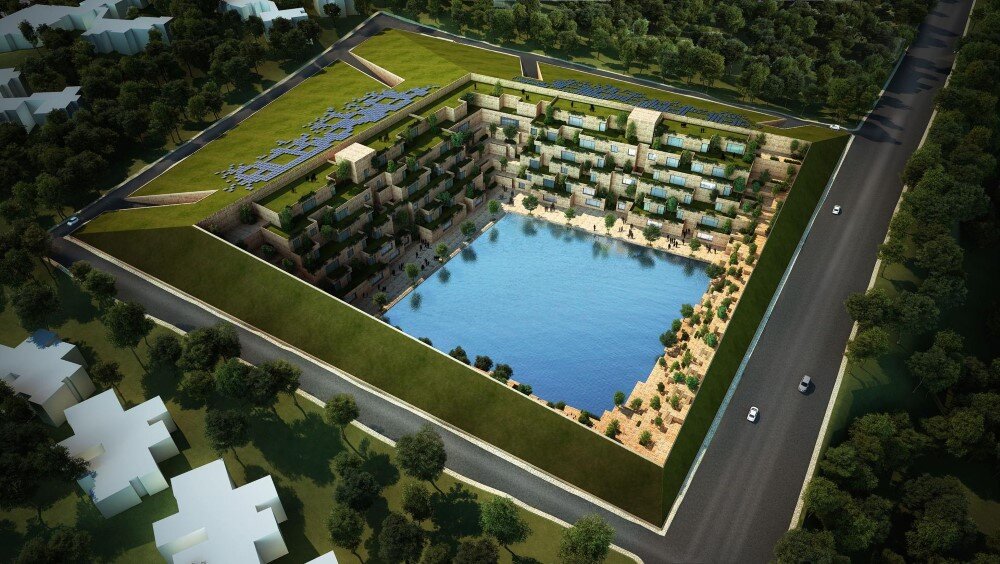 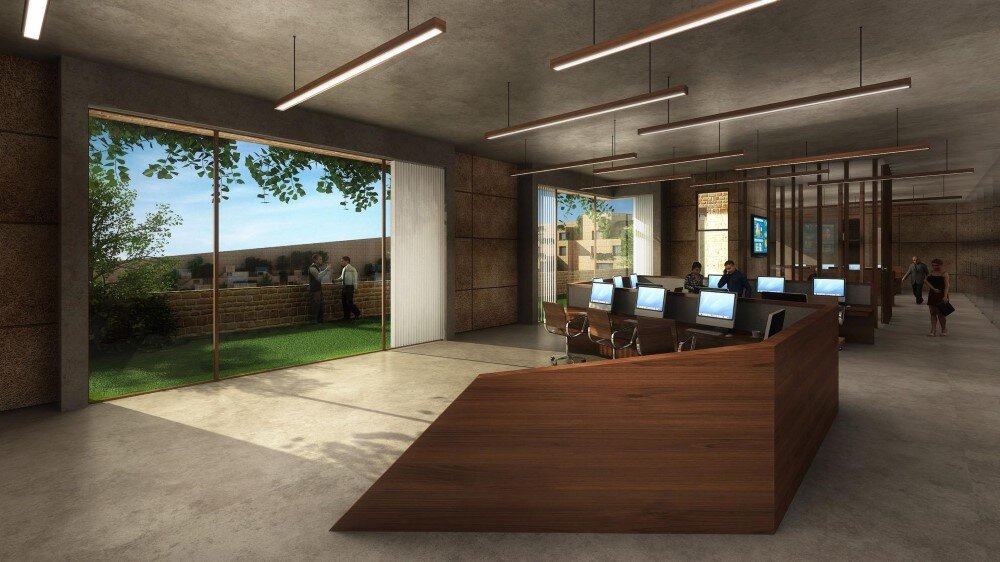 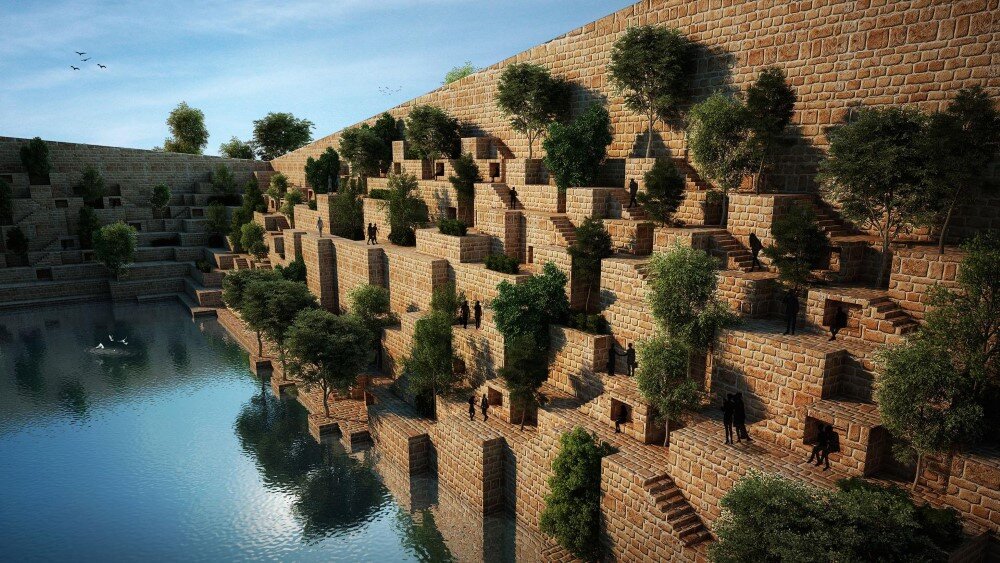 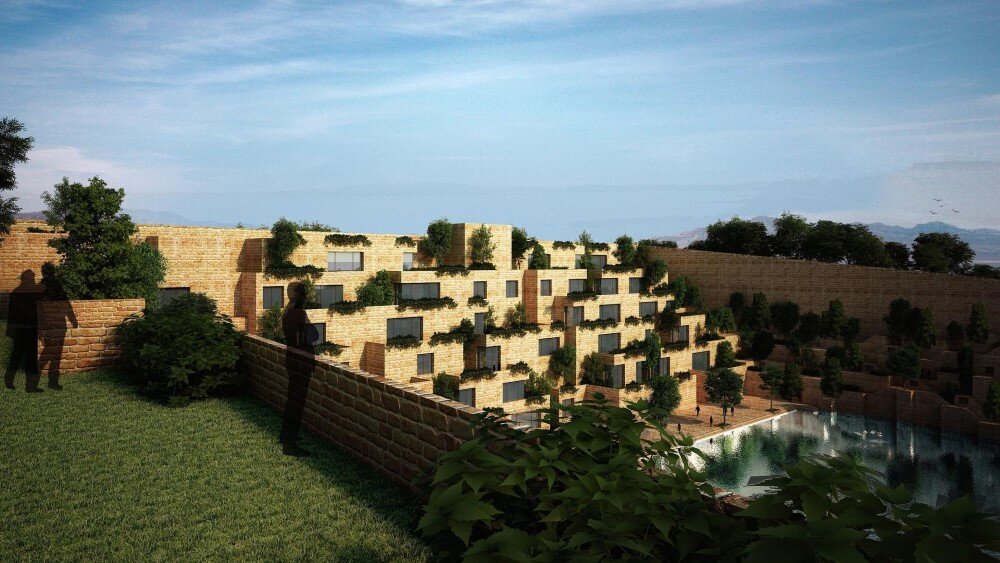 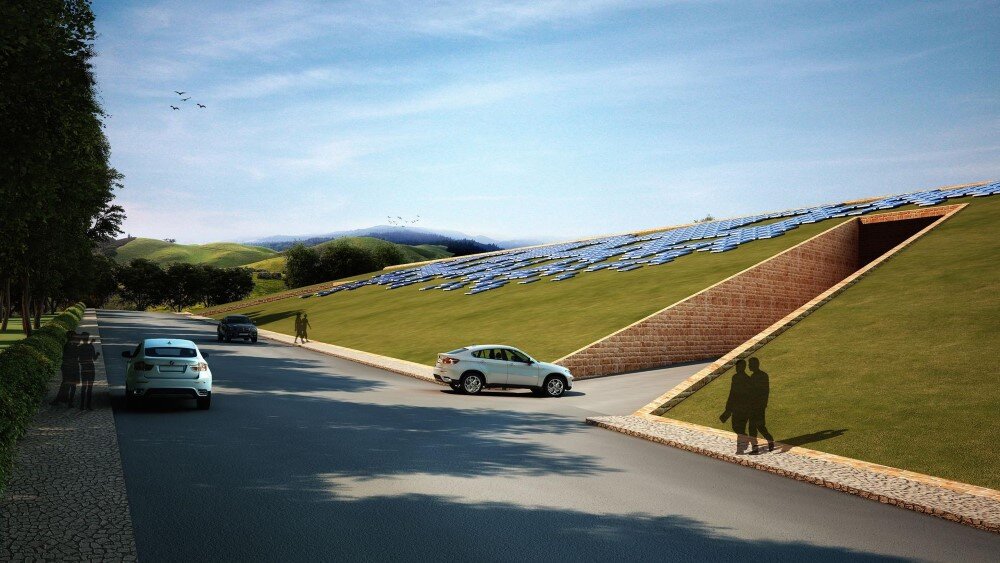 Bateaumagne is a new Parisian studio focused on interior design. Built from the alchemy and creativity of Audrey Magne & Julien Bateau, they work on a...
Read more

Talbot Road House is a family home redesigned by London-based Lipton Plant Architects. Description by Lipton Plant: This family home had been manipulated over the...
Read more

Hu Residence is a small apartment with eclectic interiors, beautiful personalized with hexagonal tiles. Designed by KC Design Studio, this apartment has an area of...
Read more

Inside Out House in Sao Paulo / Terra e Tuma

It reinterprets a villa of the last century that characterizes this coastal area on the beach of Castellon. The elements used in the neighboring architectures such as the latticework that constitute the fences, the porches are slightly shadow above the street level are updated in the proposal.
Read more
Contemporary Houses

The clients commissioned John Mills Architects to design this home to suit there busy lives as a scientist and a building contractor. A sea change was called for as they left their big rural home on a lifestyle block up in Whitemans Valley, for this coastal retreat…
Read more
Contemporary Houses

For this four-story multifamily condominium building, Edmonds + Lee related the massing of the three-unit structure to the neighborhood’s existing context, but contrasted the neighboring facades with the use of contemporary details and a subtle play on plane and volume, all through the careful deployment of a crisply detailed glass box gently nudged into the street.
Read more
Paly Architects

Just outside the area Livadia Kissamou, in an arid and wild landscape where the air and the sea have rounded rocks and large boulders, a house was built in the place of an existing building- ruin that was there since 1900.
Read more