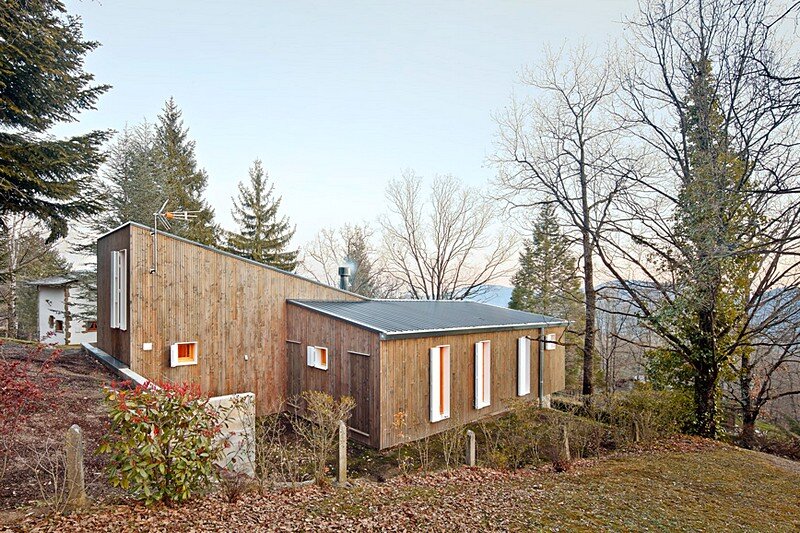 Project description: A small residential area in the Pyrenees is the location of a small summer house, which was designed under common conditions for this kind of project, plot geometry, solar orientation, … and also under two impositions by the property: its materiality, the house had to be made of wood, and the budget, one hundred thousand euros. Under these premises, the project idea is a mountain shelter: a home of few meters, low technology and built with a limited palette of materials. 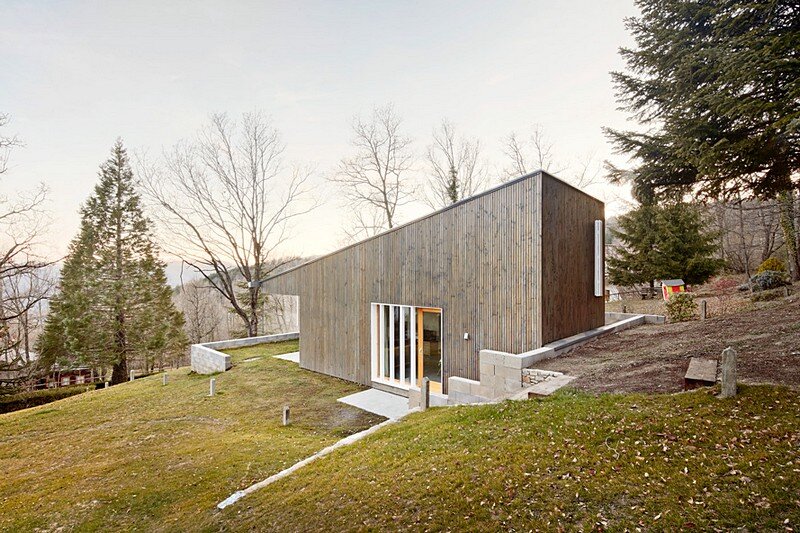 The plot has a narrow, long and trapezoidal geometry. It has a slope of 20% with a level difference of 14m and a leafy vegetation with a sequoia at the bottom and 4 fir trees on top. To confer the idea of a forest cottage, the project is located in order to cut less trees as possible. 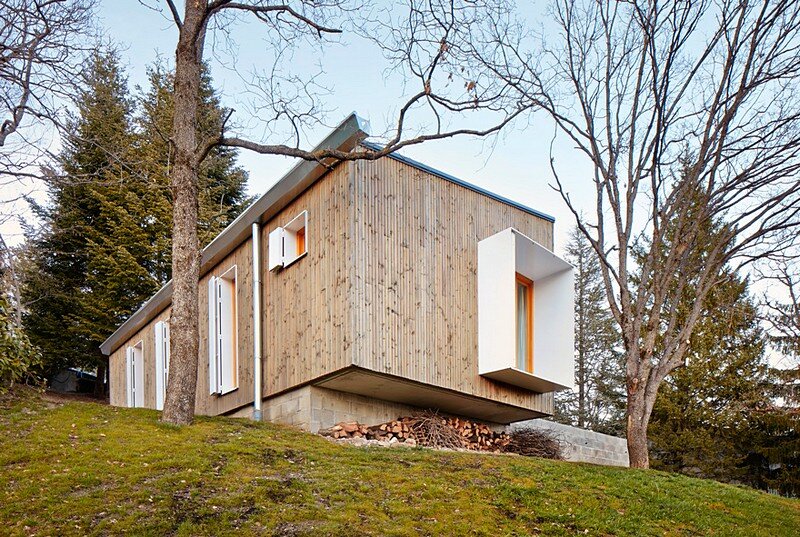 Since property wants to stay short periods of time, the house has small bedrooms and wide living-room in order to prompt the common area. Due to the small dimension, the house recovers lost areas like the false ceiling of the corridor used as a storing suitcases and a mezzanine over the kitchen converted as a reading corner. 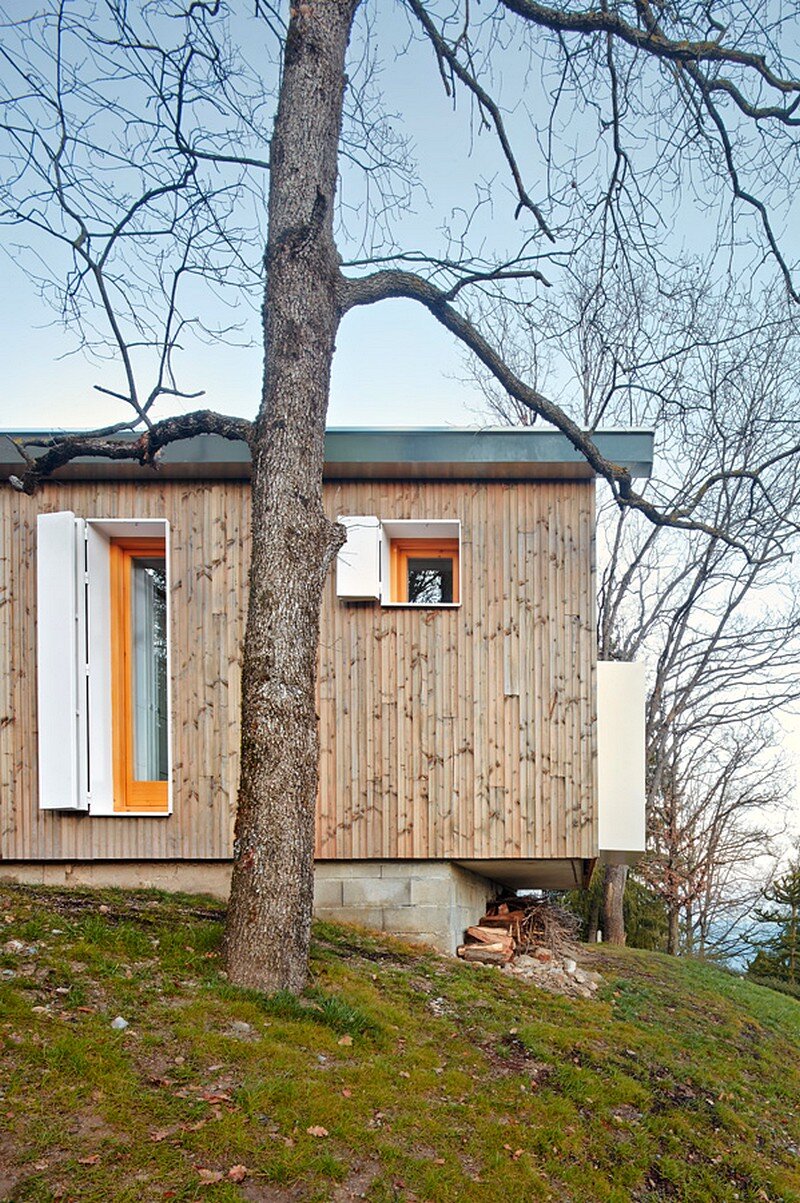 Intending to budget control of the work, three decisions were taken: to minimize land excavation, to prefabricate the house and to reduce aids in building site. To reduce the construction waste the earth from excavation works were used to make terraces in the plot. Moreover the retaining walls were built by reinforced concrete bricks instead of shuttering panels to not need cranes. The project was designed to be transported by road in modules under the maximum transport measures, meaning a corset in design process. 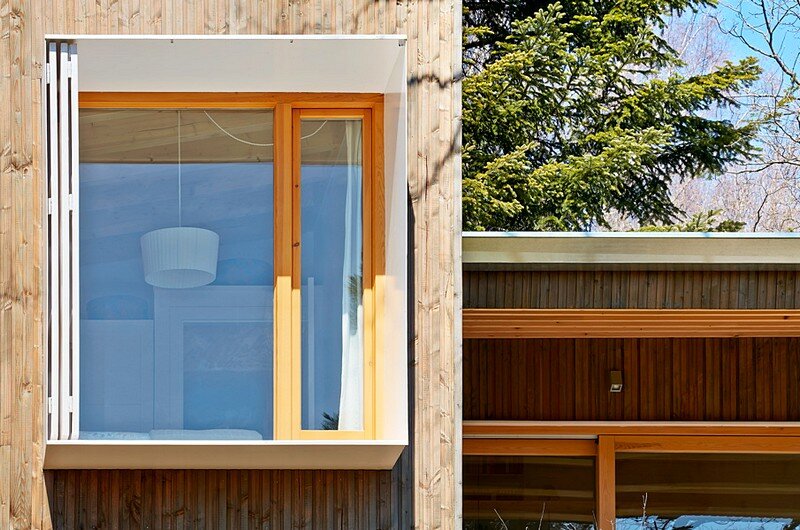 The project was split in 3 units: one unit for bedrooms, another unit for the living room and kitchen, and a third unit for the cover of the living area. Another favorable aspect of prefabrication, was to advance the construction during the winter time. Structurally, the units are supported by balloon frame of pinewood, filled with a double layer of rock wool insulation and covered on the outside by a wooden ventilated façade. The fireplaces should have provided the heating for water and radiators but unfortunately the client rejected it. To avoid an excessively harsh result, gutters and shutters windows were designed in big white steel frames which add a construction decorum. 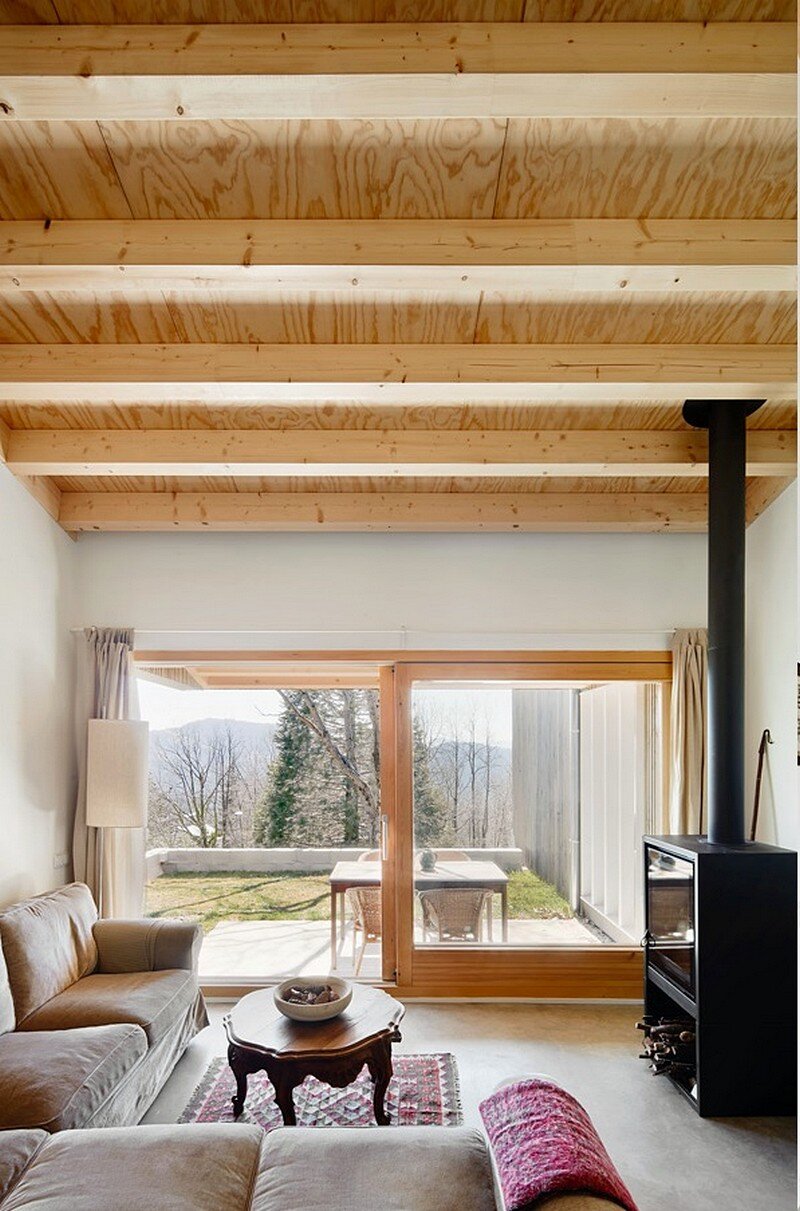 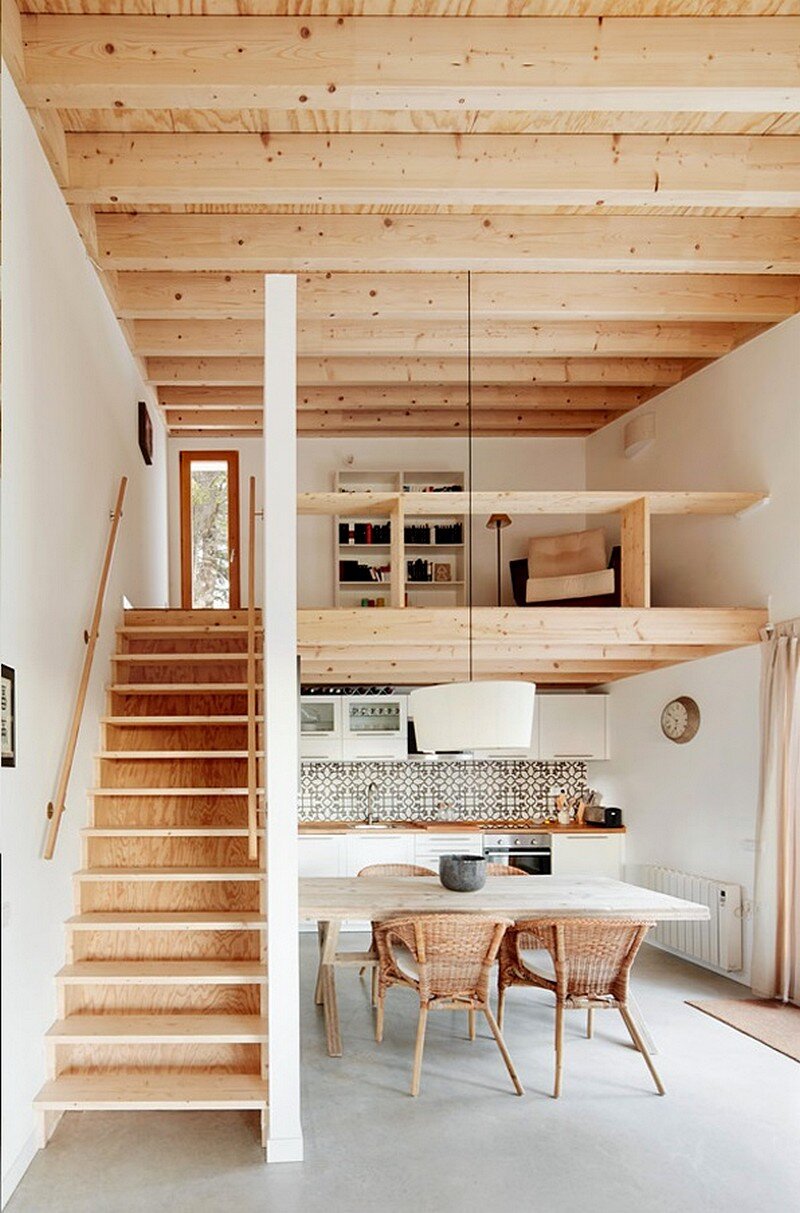 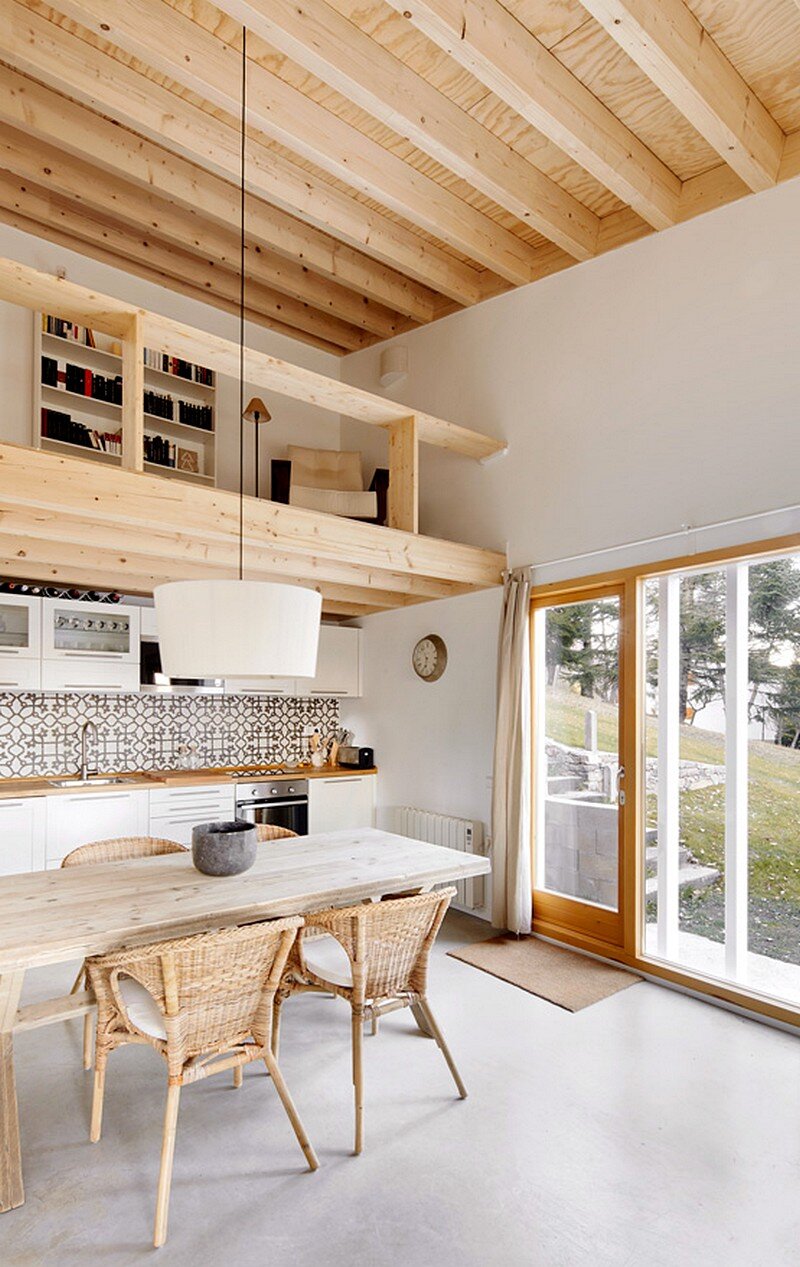 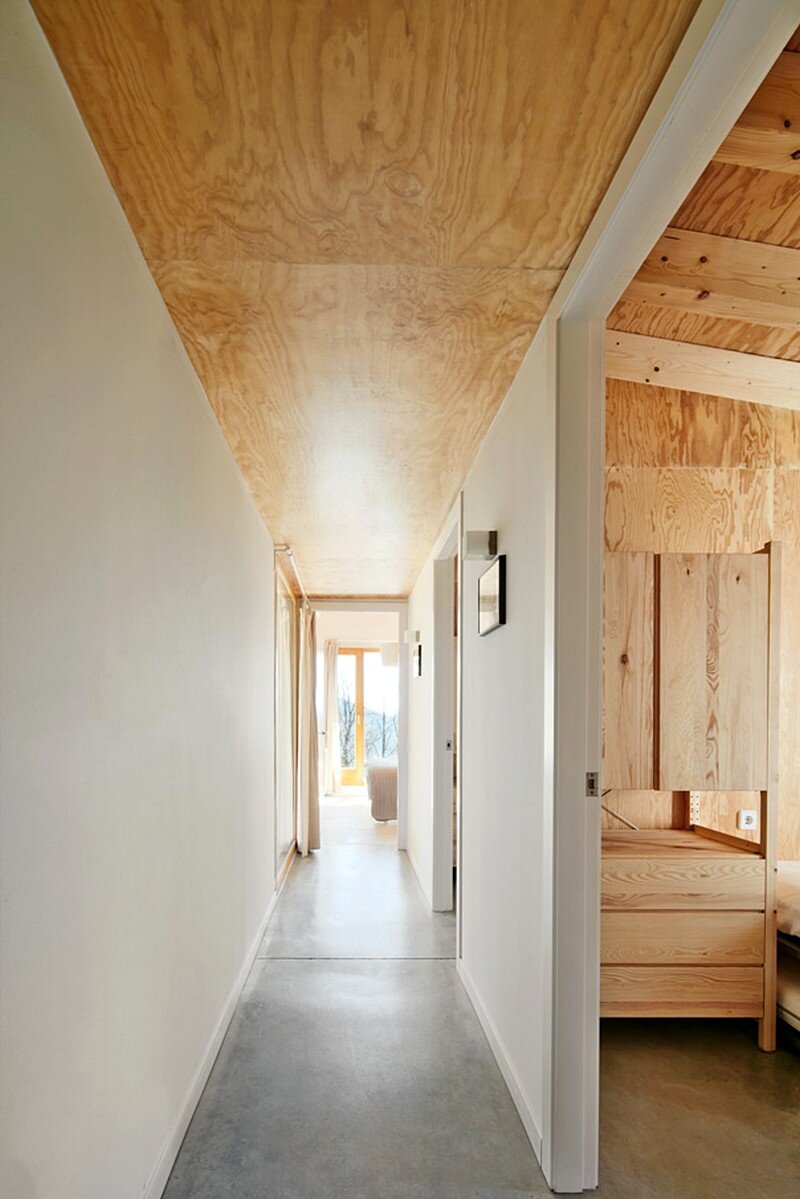 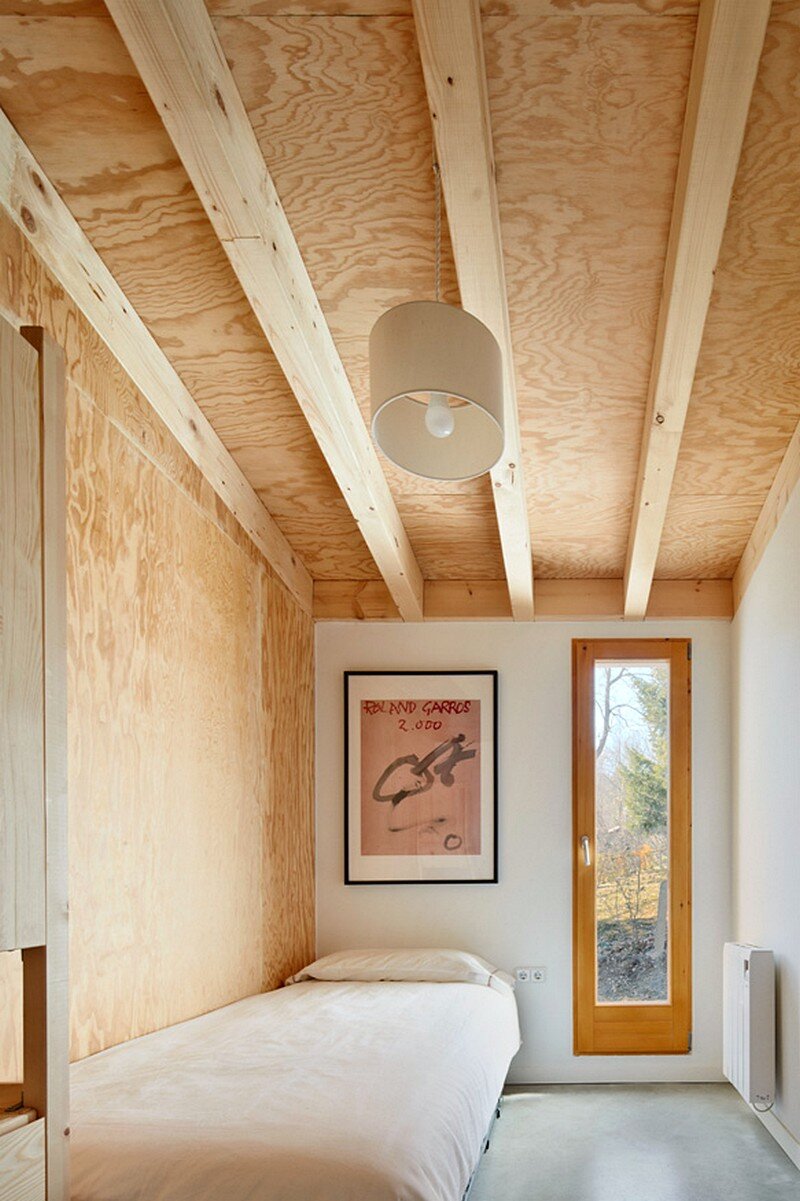 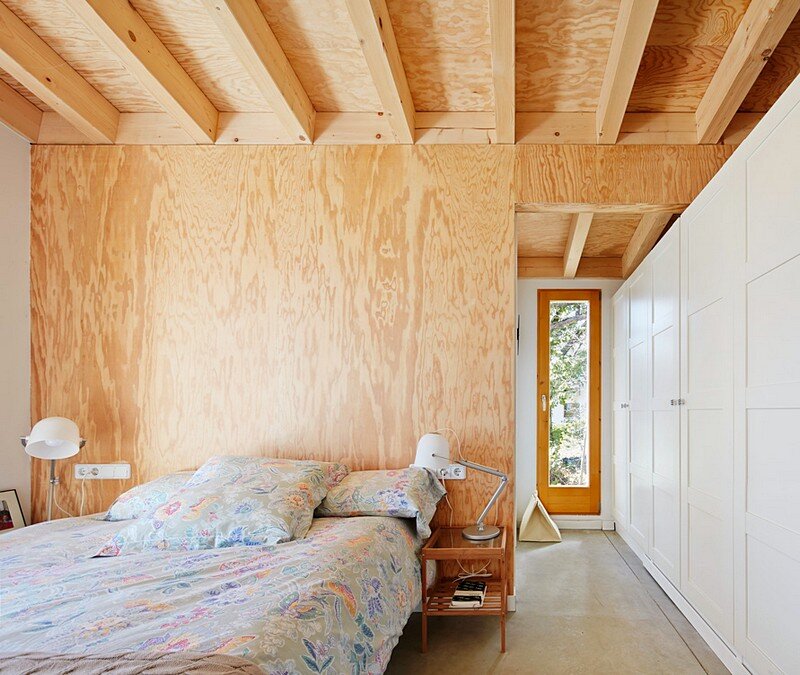 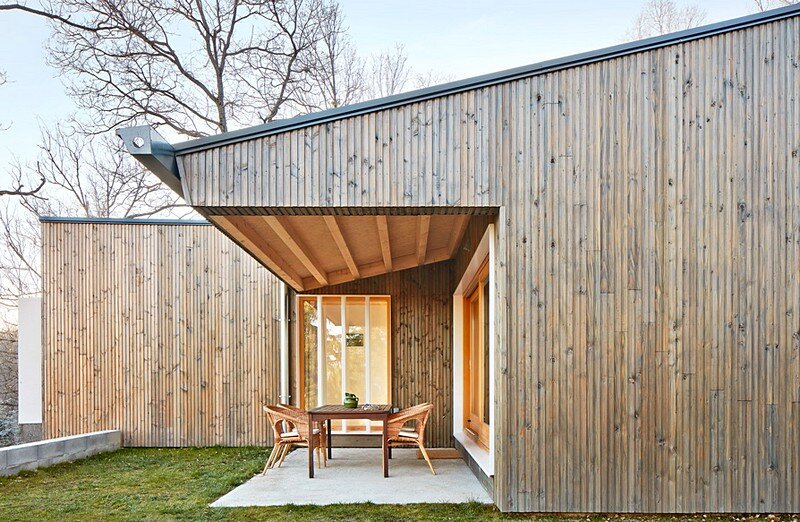 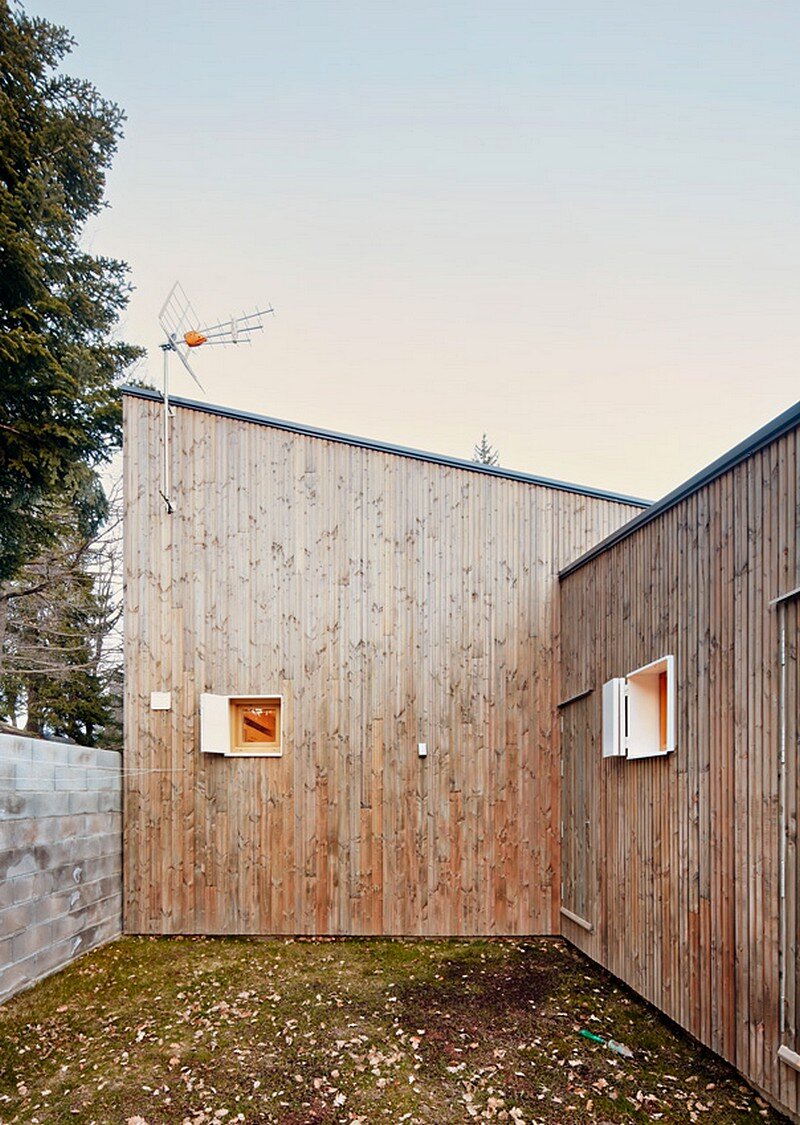 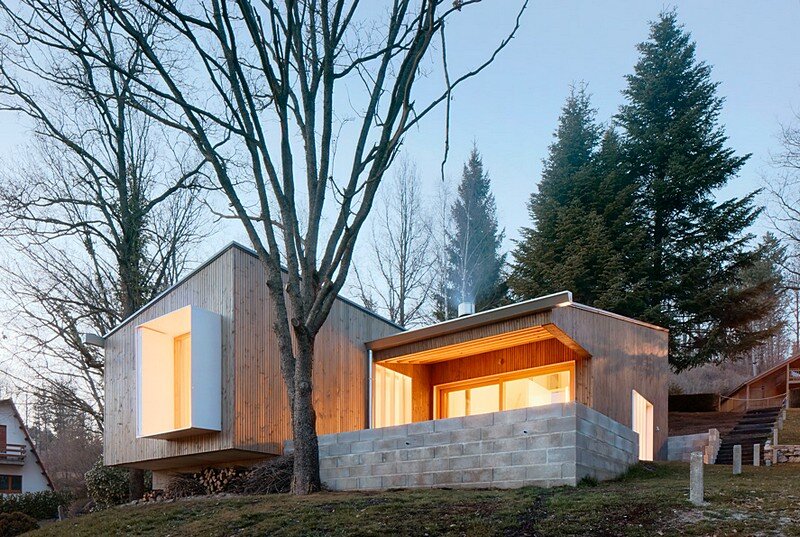 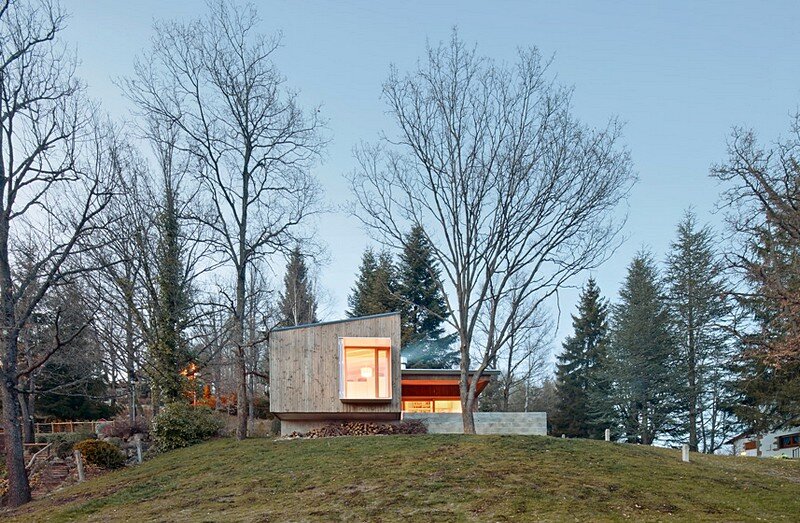 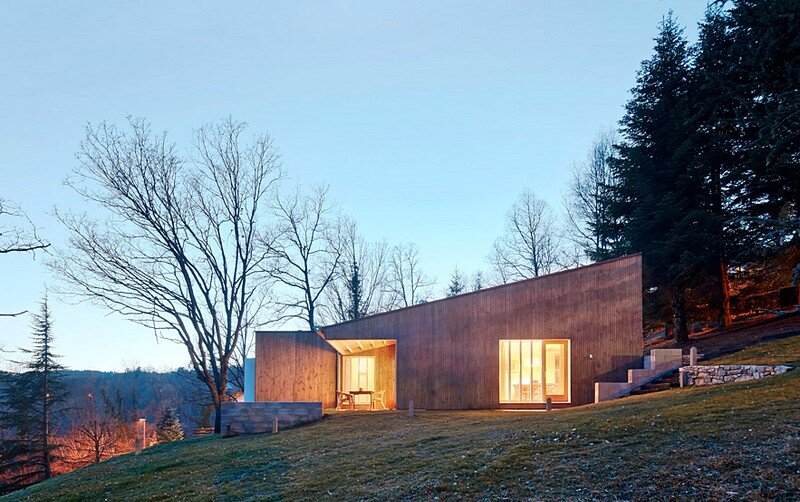