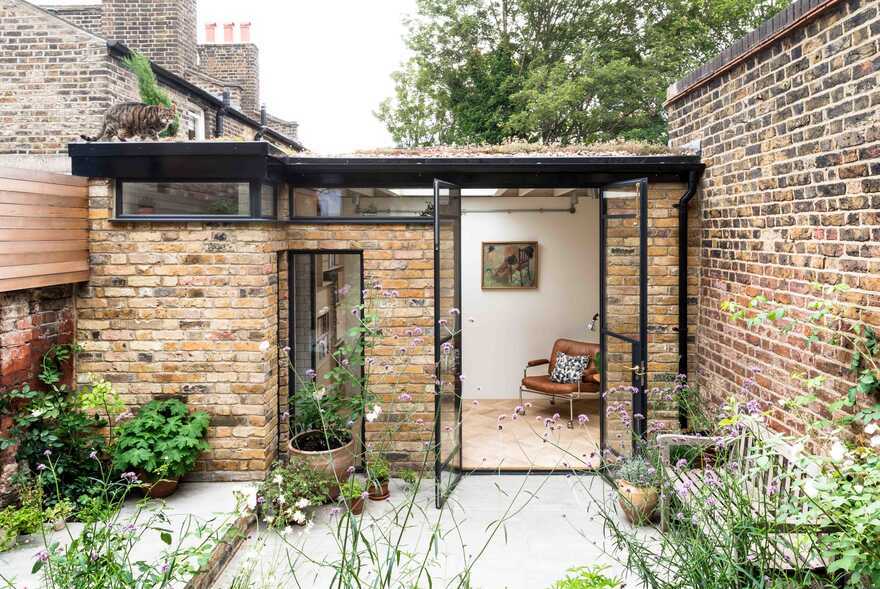 This compact outhouse transforms a cramped rear garden into a courtyard and provides a garden studio for a writer in South London whilst creating better links between internal and external spaces. 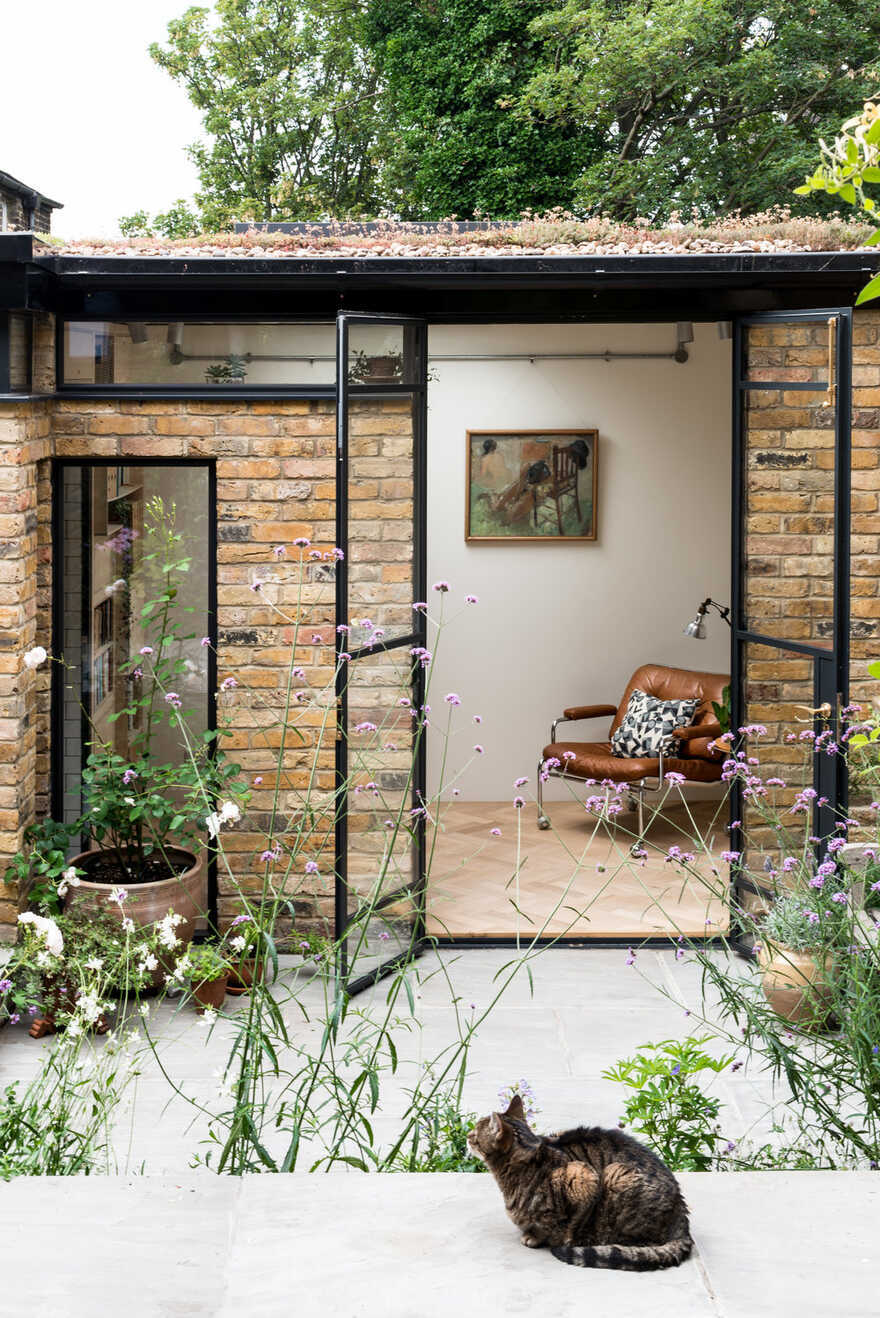 An old derelict wash house which was in danger of slipping down a steep slope existed at the back of an overgrown garden. The new outbuilding ties the existing retaining walls together, shoring up the slope and allowing the courtyard to be arranged into two new terraced levels, one which relates to the studio and catches the morning sun, and the other which relates to the house and catches the evening sun. 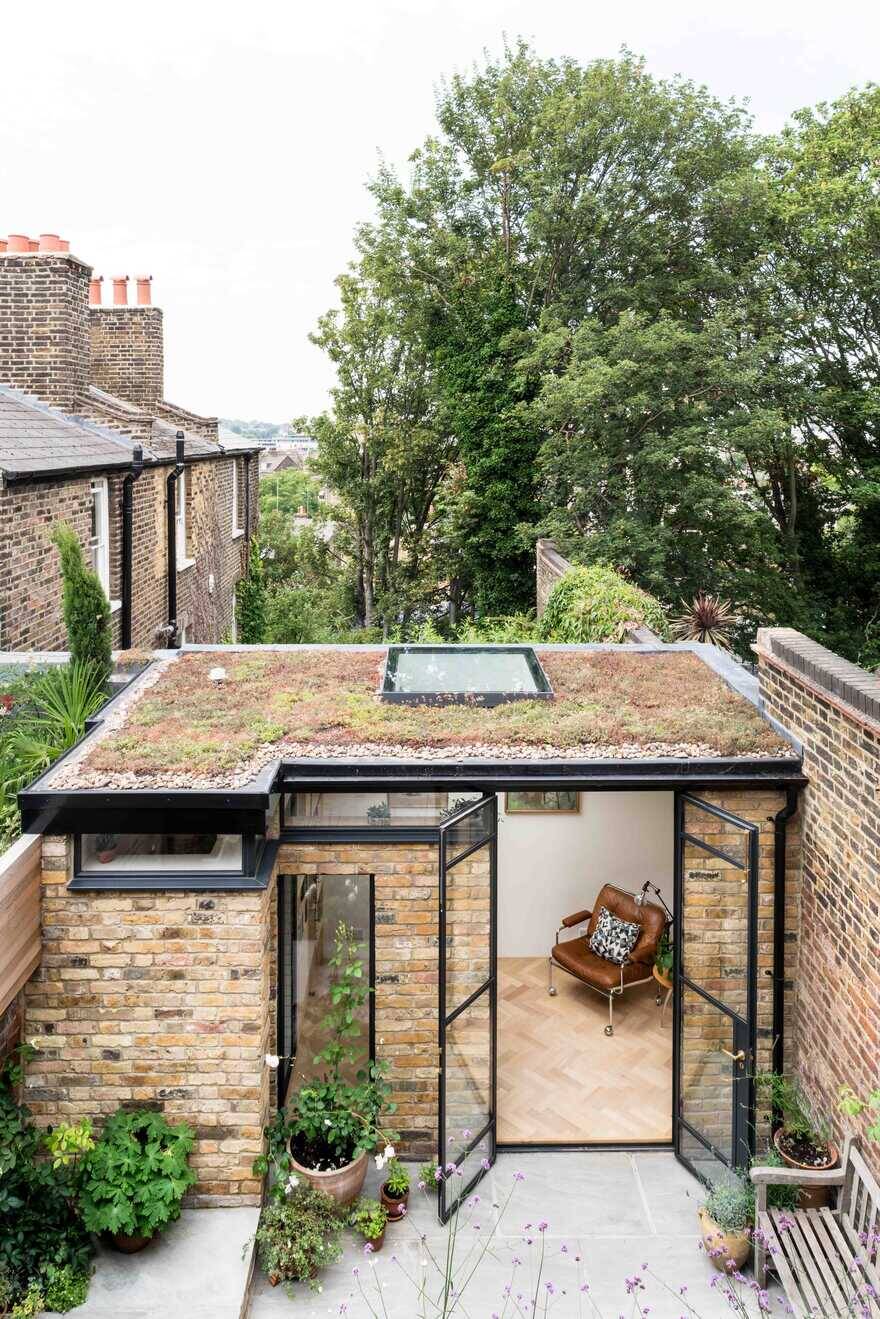 The Greenwich Garden Studio is partly built from bricks reclaimed from the old washhouse and garden walls and the openings which are glazed with ‘crittall’ style doors and windows. The existing doors and windows at the rear of the property were also replaced to match the studio creating a material continuity across the new courtyard. 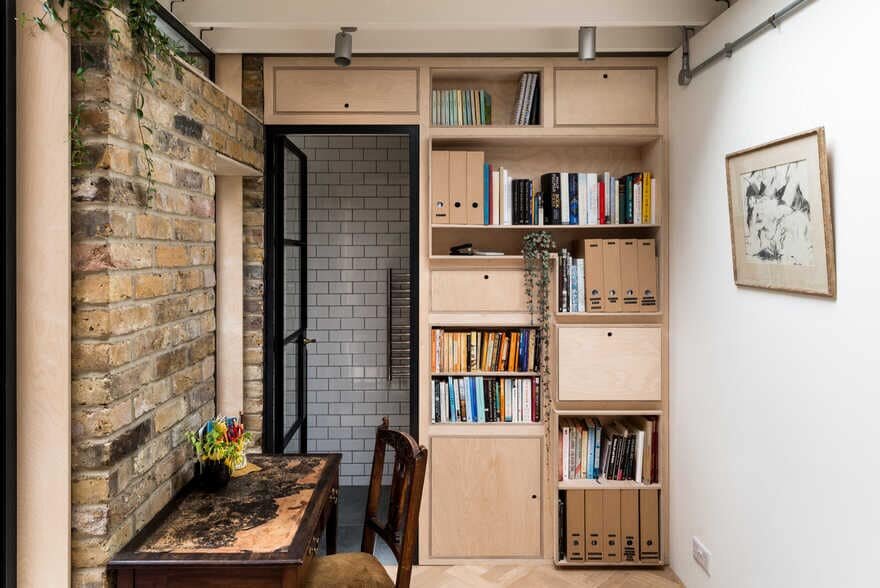 The studio is divided into a reading room and a micro WC and Shower-room. As space is at a premium the partition separating the two spaces contains a Barbican sink within the stud work on the WC side and a series of shelves and compartments for printers and fold down desks on the reading room side. The joinery was built by a friend of the clients who is a boat-builder and so is well used to finding clever storage solutions to make the most of limited space. Continuing the theme of making each element perform two or three roles the electrical cabling runs through conduits which are set at a height where they can be used as a picture rail. 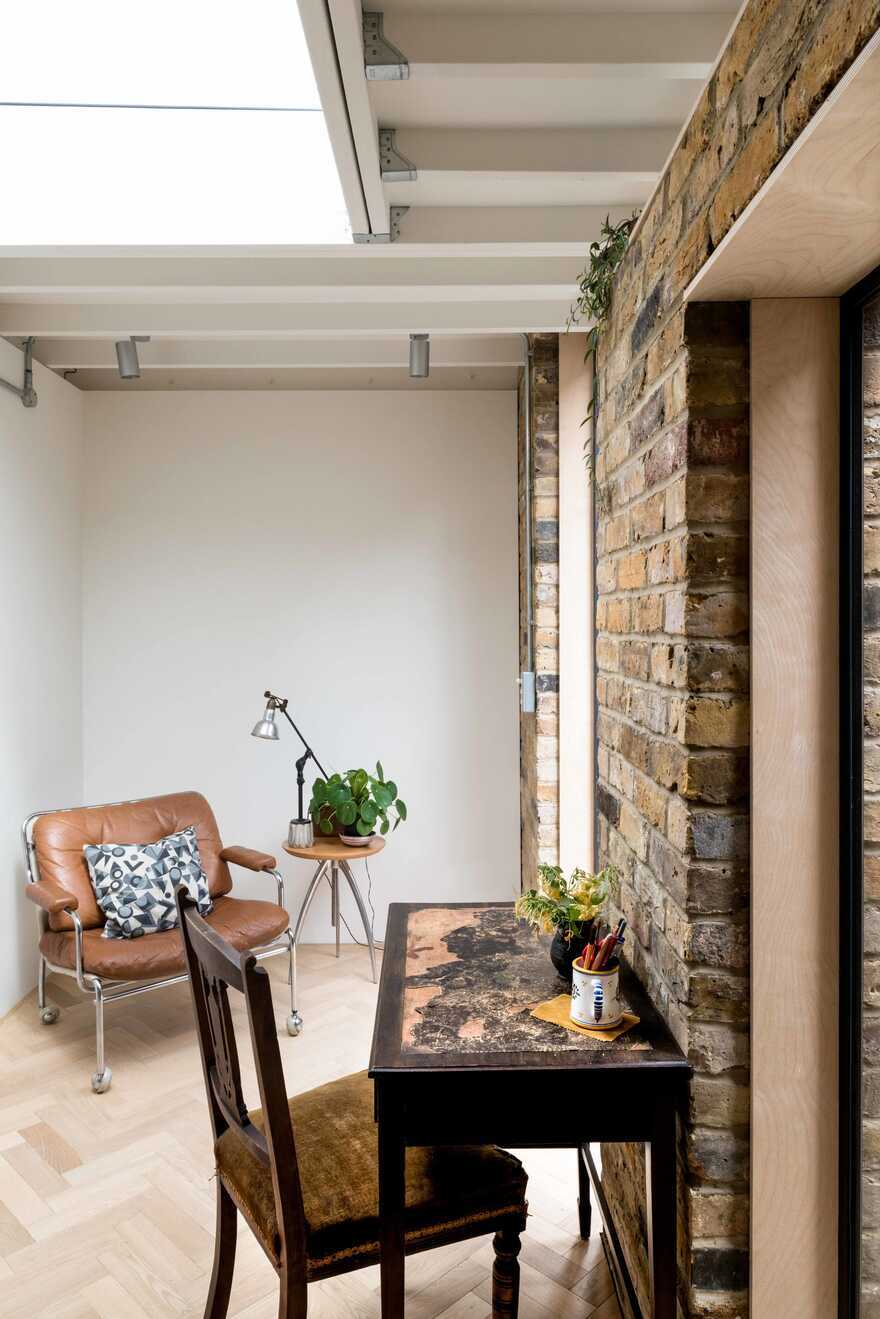 The roof of the new studio has a large fixed roof light to allow the morning sun to fall into the back corner of the studio where the client reads and is covered with sedum referencing the overgrown roof of the old washhouse. In order to create the sense of greater height and to break up the plane on the ceiling the structure of the roof is left exposed. 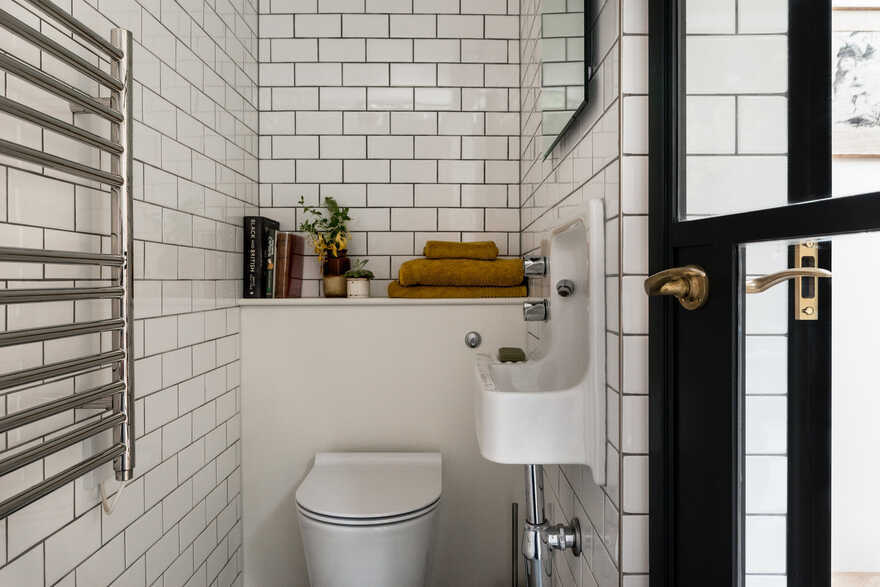 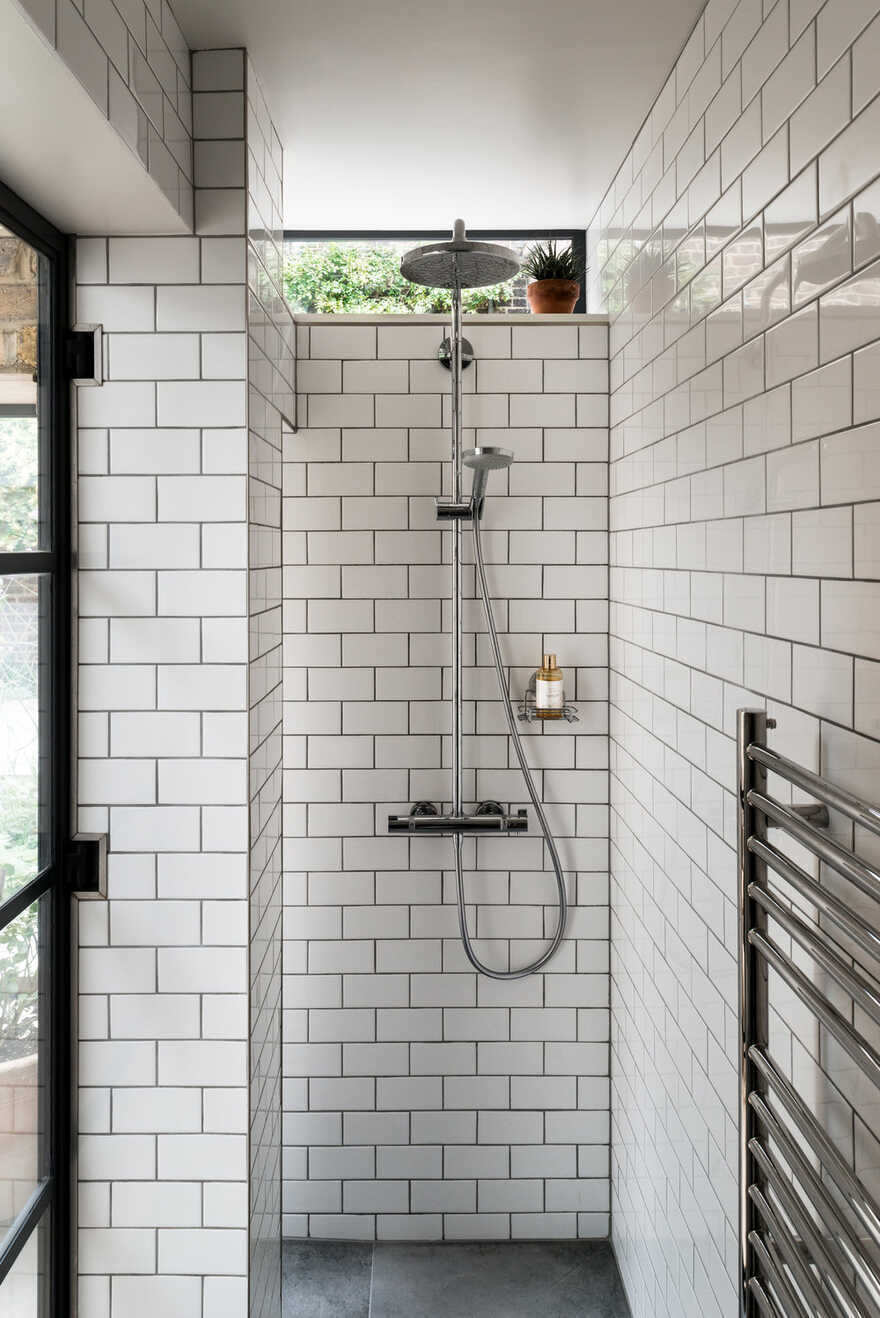 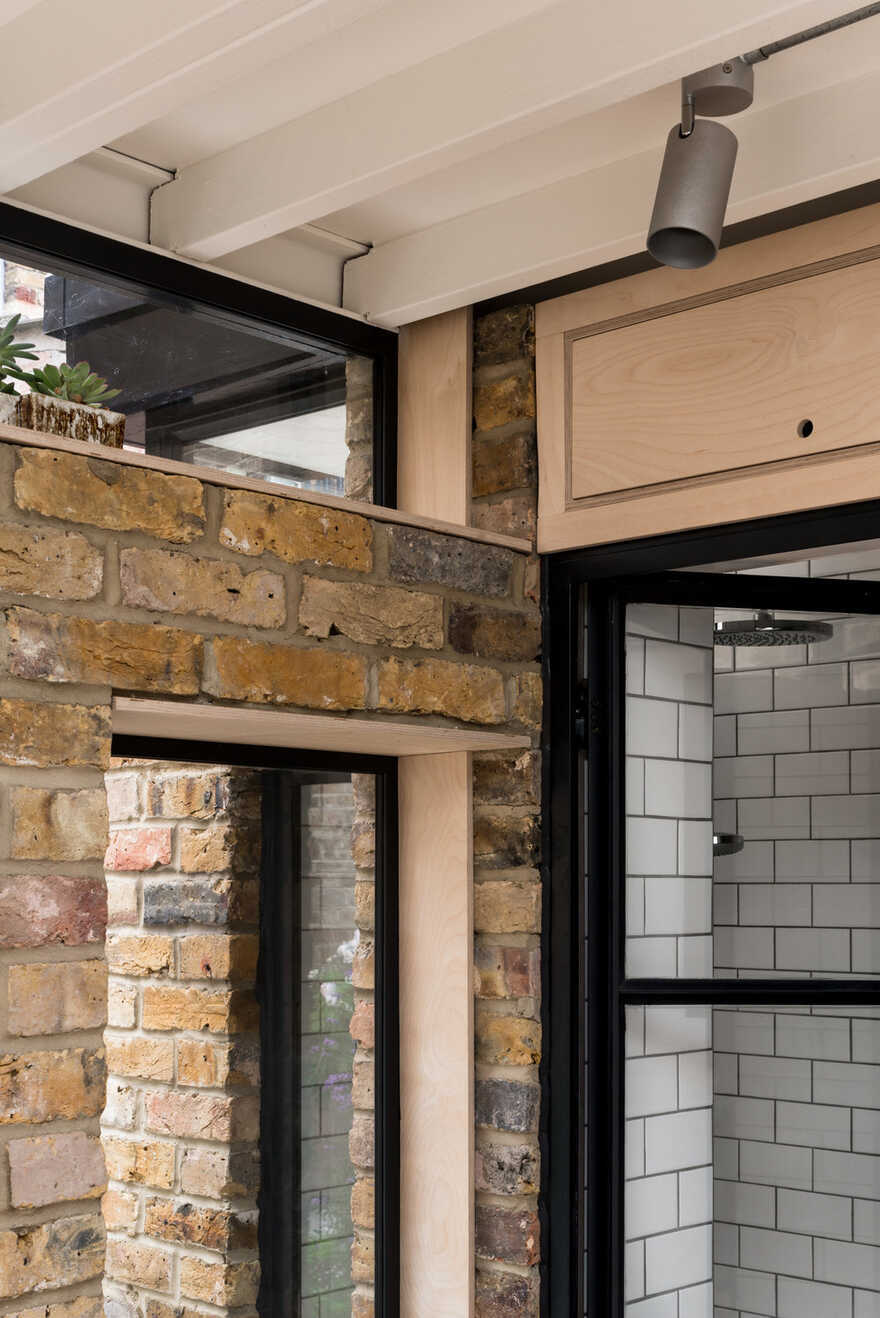 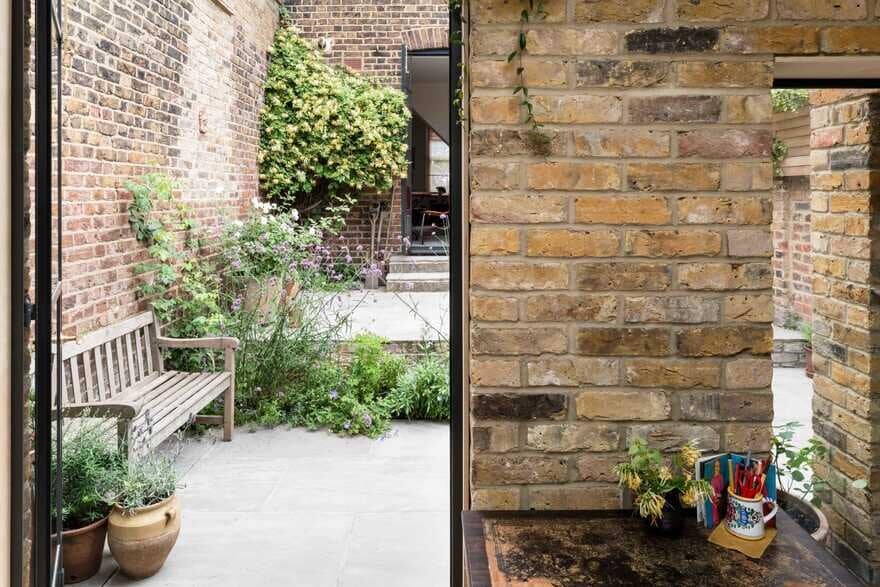 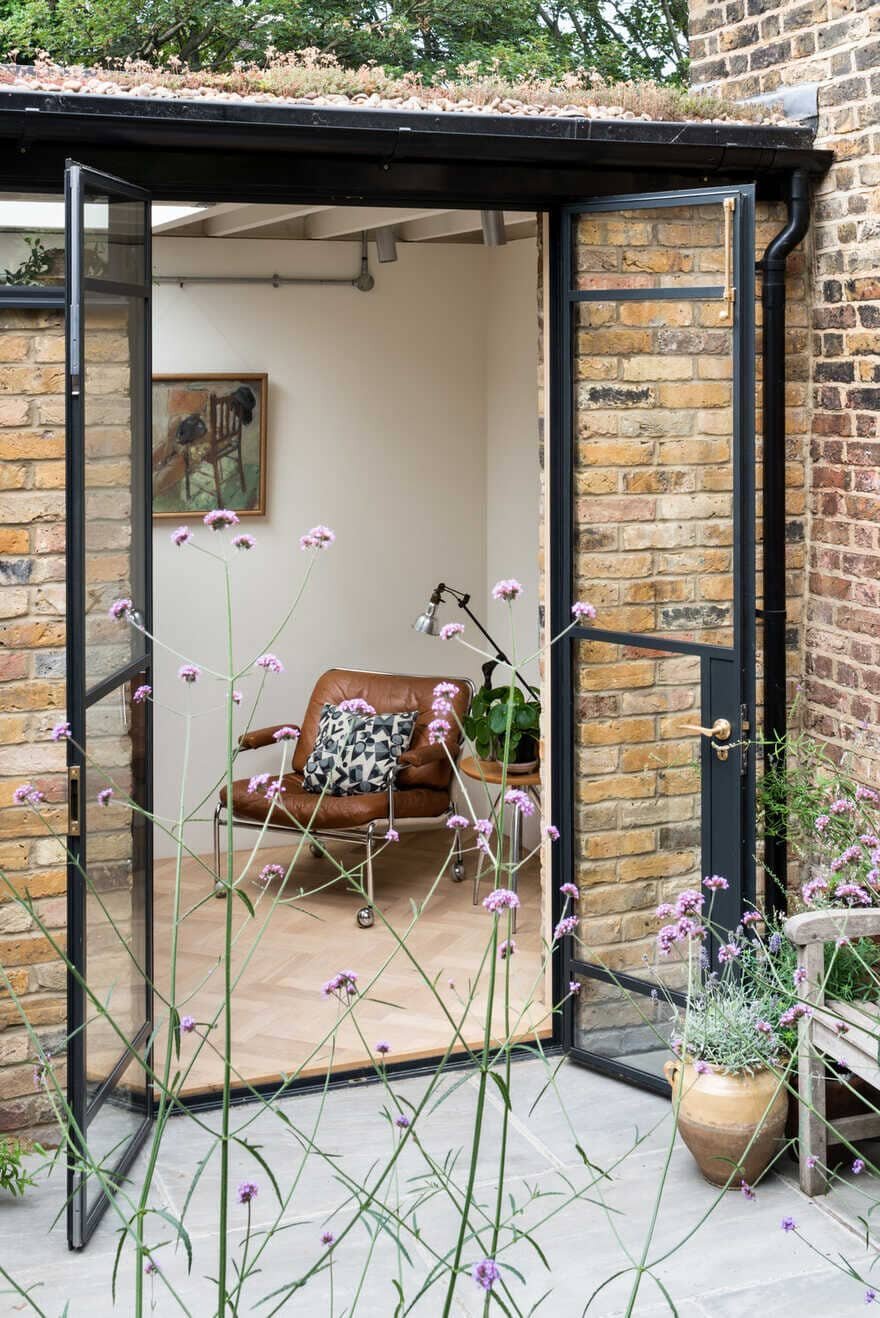 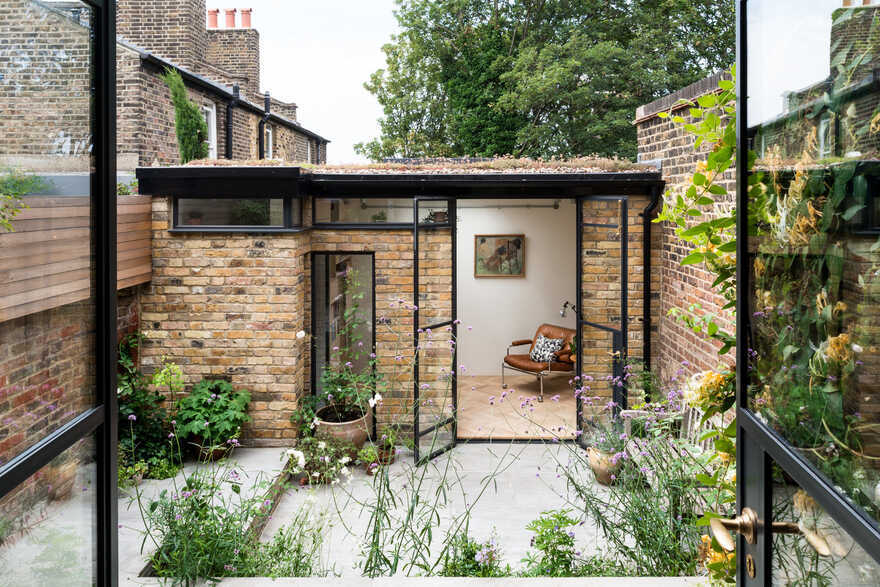 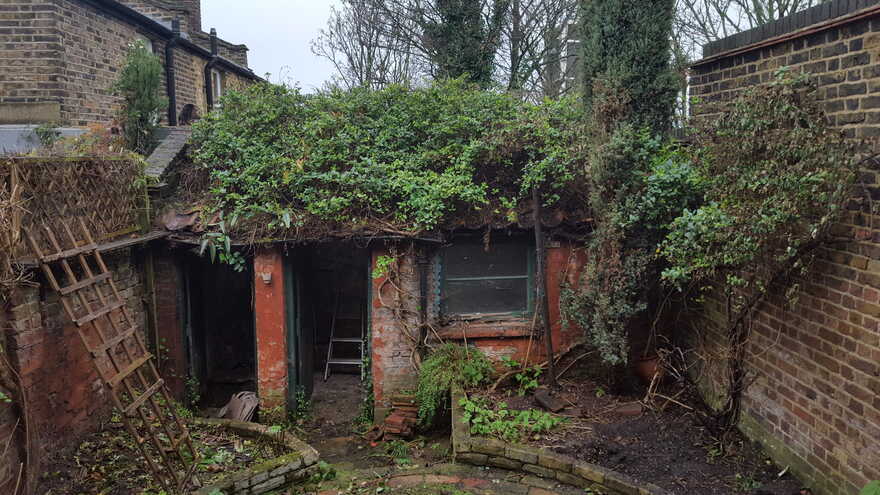