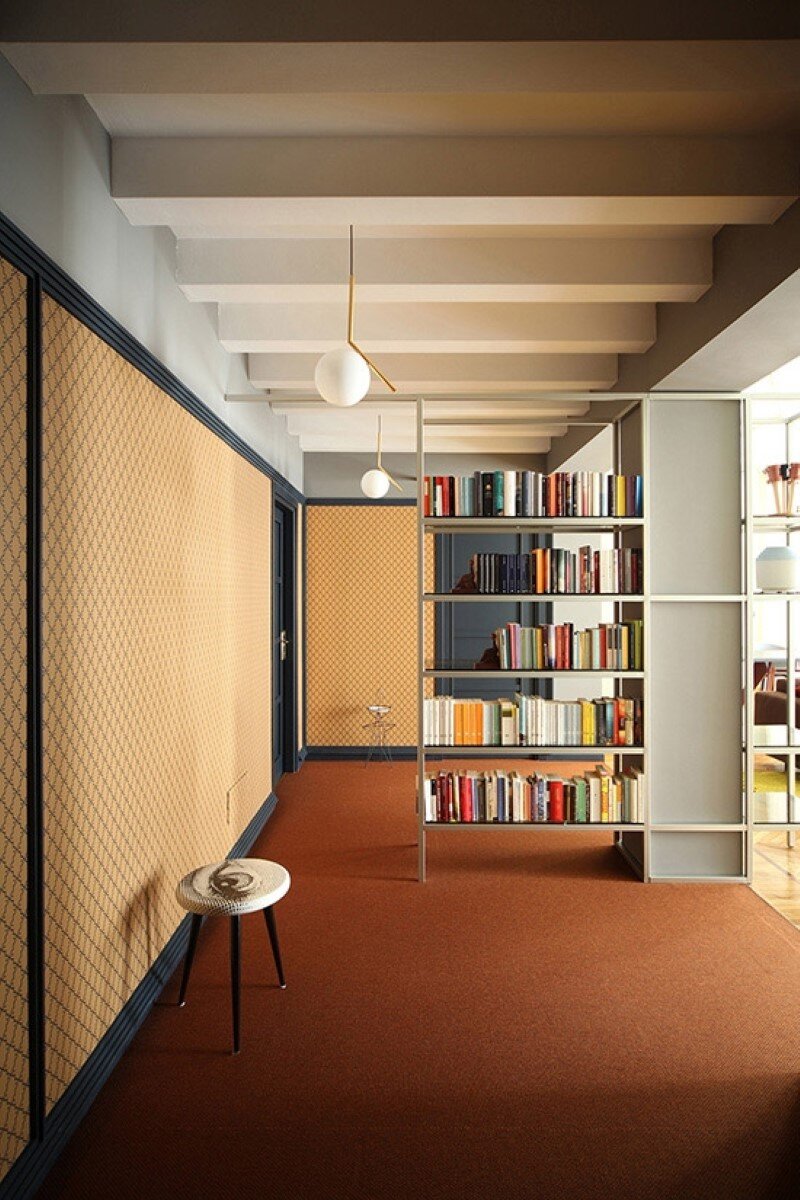 Metaphysical Remix is the name of an interior design project completed by Turin-based UdA – Architetti Associati.

Description by UdA: The project designed by Andrea Marcante and Adelaide Testa to restructure an approximately 250 m² rented apartment in Via Roma in the centre of Turin attempts to meet the needs of three generations: a father, his daughters and grandfather enjoying the rituals of everyday life under the same roof while, at the same time, having their own private spaces designed to meet their individual needs. 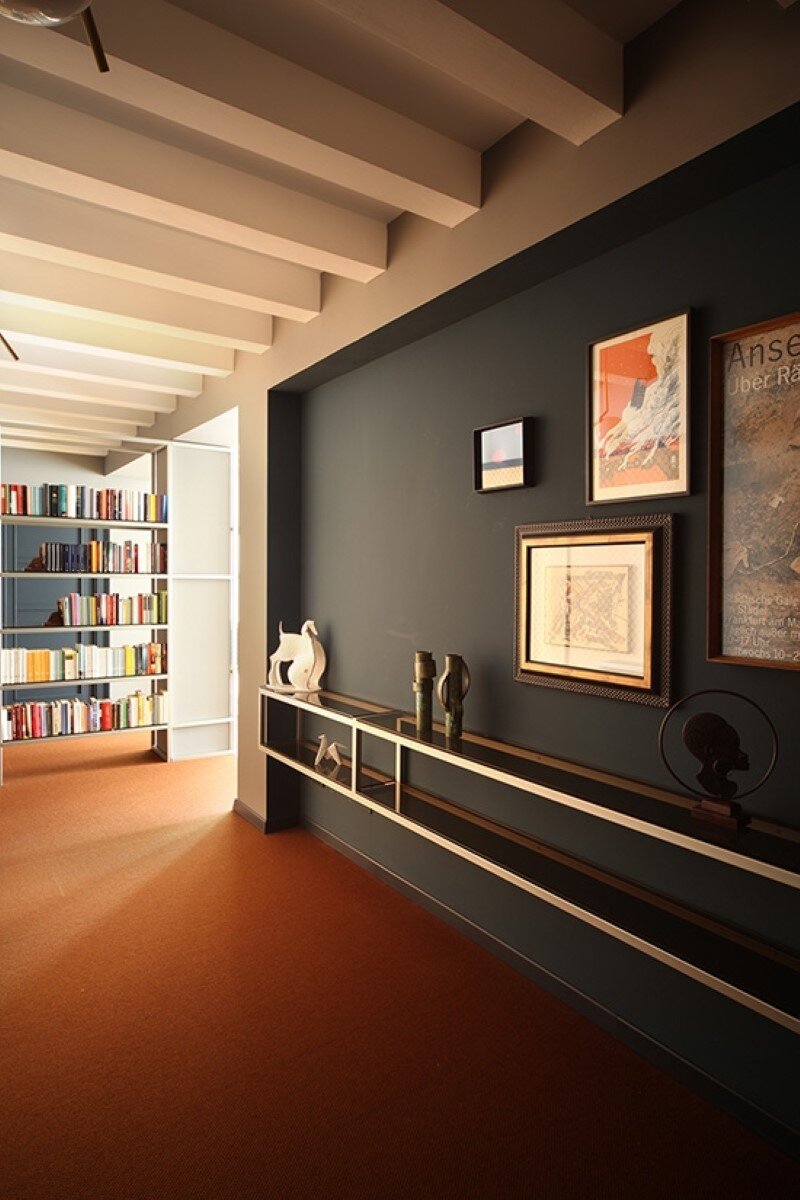 Marcante’s and Testa’s joint project is based on very close, constant and stimulating interaction with the clients bringing their own specific requirements in line with the setting in which this house, built from 1935-1937, is located. Having discovered that the interiors had completely lost all their original features, the perception of space and precision found in rationalist architecture and metaphysical painting from that period were inevitably sources of inspiration for the project designed by the architects. 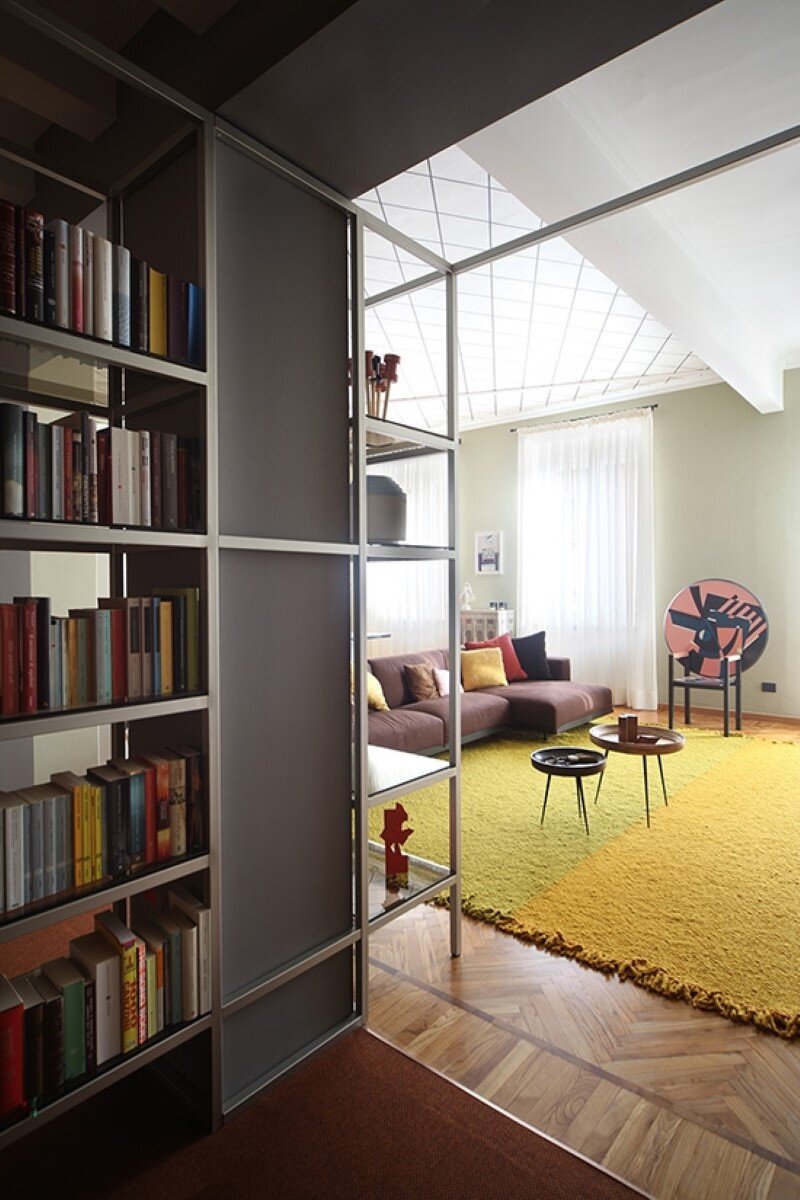 The attempt to reproduce them in different proportions and using different materials can be seen in the plaster truss at the entrance that evokes the coffered portico in Via Roma. Similarly, the distortions in perspective of the ceiling in the dining area, created using stucco work and wallpaper, pay tribute to De Chirico’s dreamy, oneiric language and the plaster cornices framing the ceiling are reproduced in new patterns capable of identifying the specific functions below, regardless of the configurations of the walls. 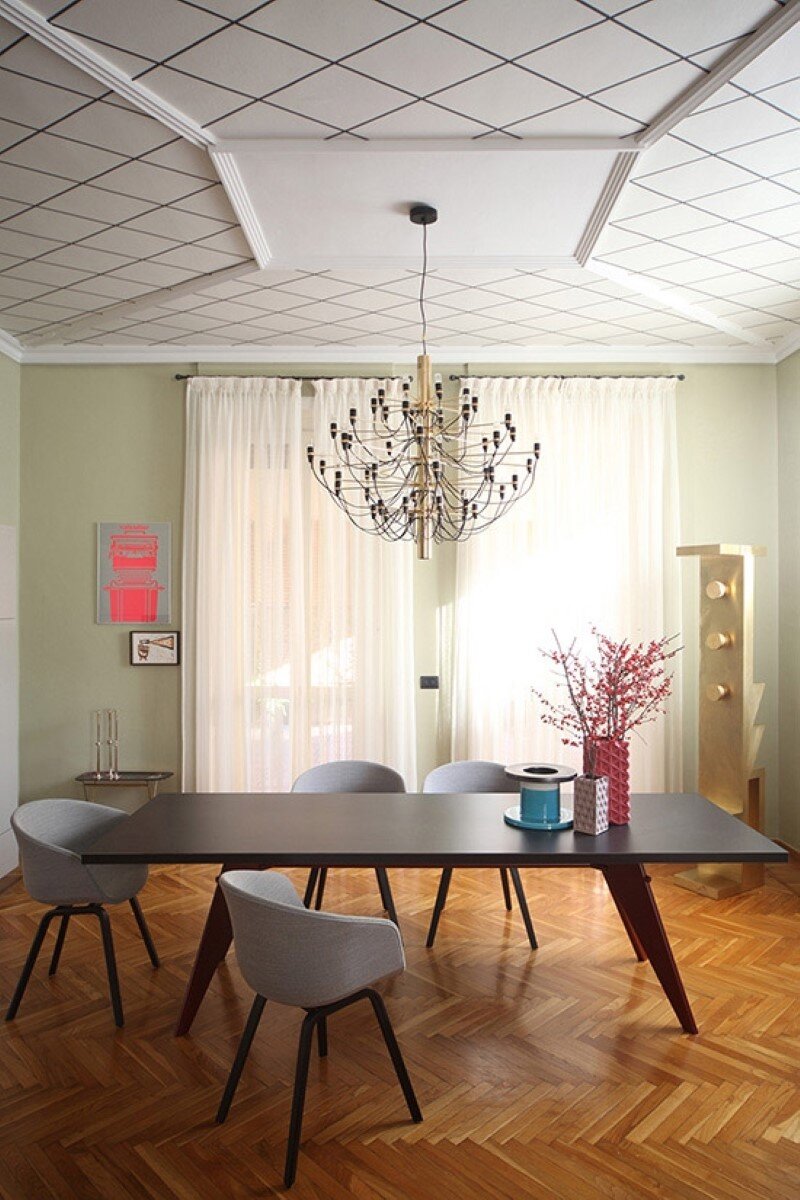 The evocative force of the artist, who painted distinctive features of classical cities, most notably the empty colonnades and perspectives along roads and avenues he discovered walking around Turin, also suggests the geometric patterns of the new system of metal bars spreading through the various rooms and altering how their space is perceived: frames with glass shelves holding valuable objects, which, starting from the entrance, project into the lounge where they hold books and conceal the rear doors, not to mention the micro-architecture in the bedroom displaying a sort of re-found classicism: these historical citations are hinted at and interpreted but never philological. 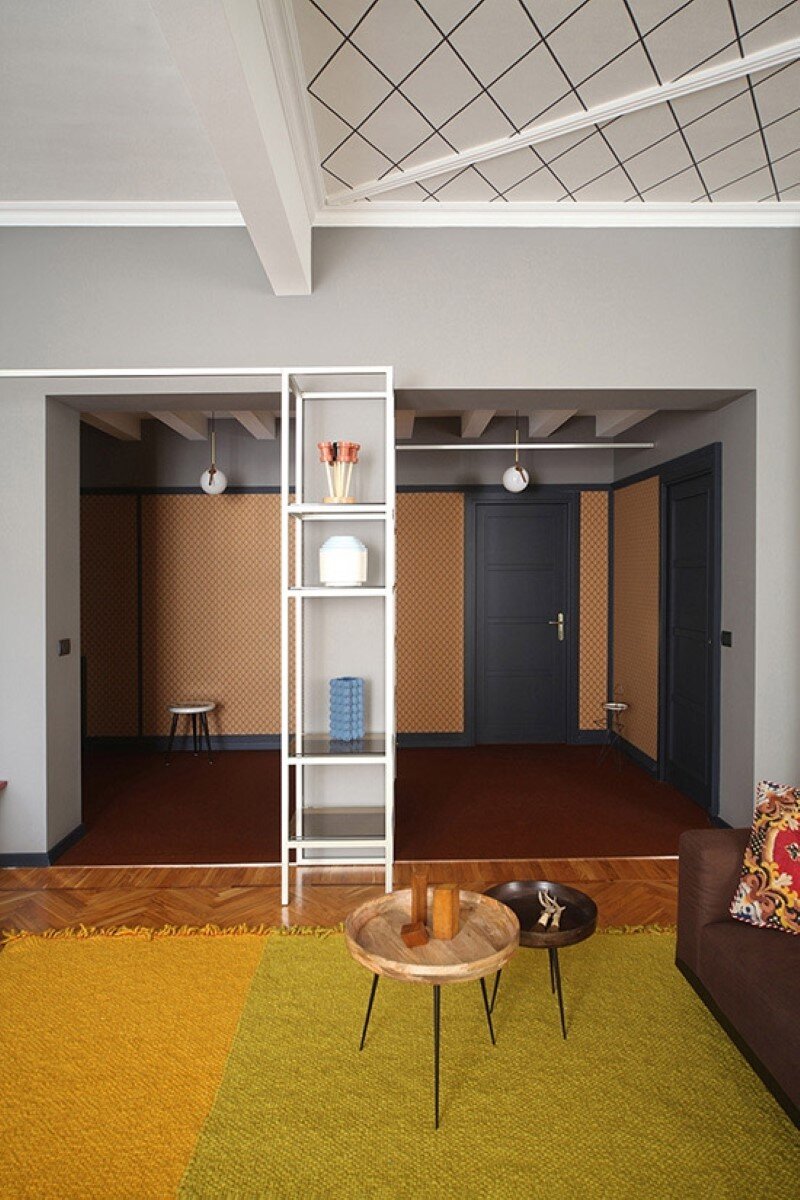 A remix playing on a combination of conventional systems, design inventions and modern-day features ranging from the colour scheme (pastel and florescent shades) to designer furniture (by the likes of Prouvé, Sarfatti, Mendini and Tom Dixon) and design objects. A house/stage where all the actors move easily: bedrooms to safeguard privacy but also shared spaces designed in languages holding onto what we hold dearest and, at the same time, stimulating interaction between different generations through unusual and unexpected architectural features. 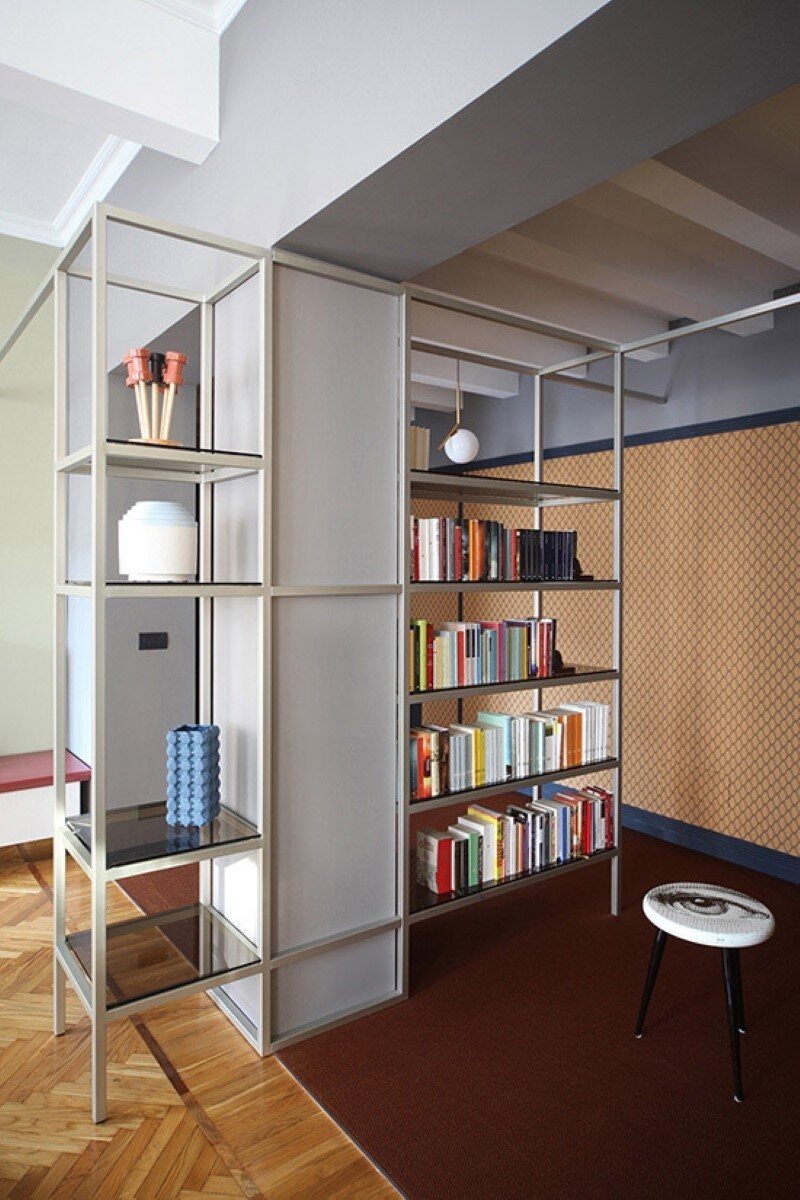 As Alfred Hitchcock said when he visited Turin in 1960 “… it is rather mysterious and intriguing and even though I’ve only just got here, it looks promising and something unexpected might suddenly happen on any of its street corners…” We would also like to invite you to discover the unusual and unfamiliar perspectives this house-stage has to offer. Visit UdA – Architetti Associati 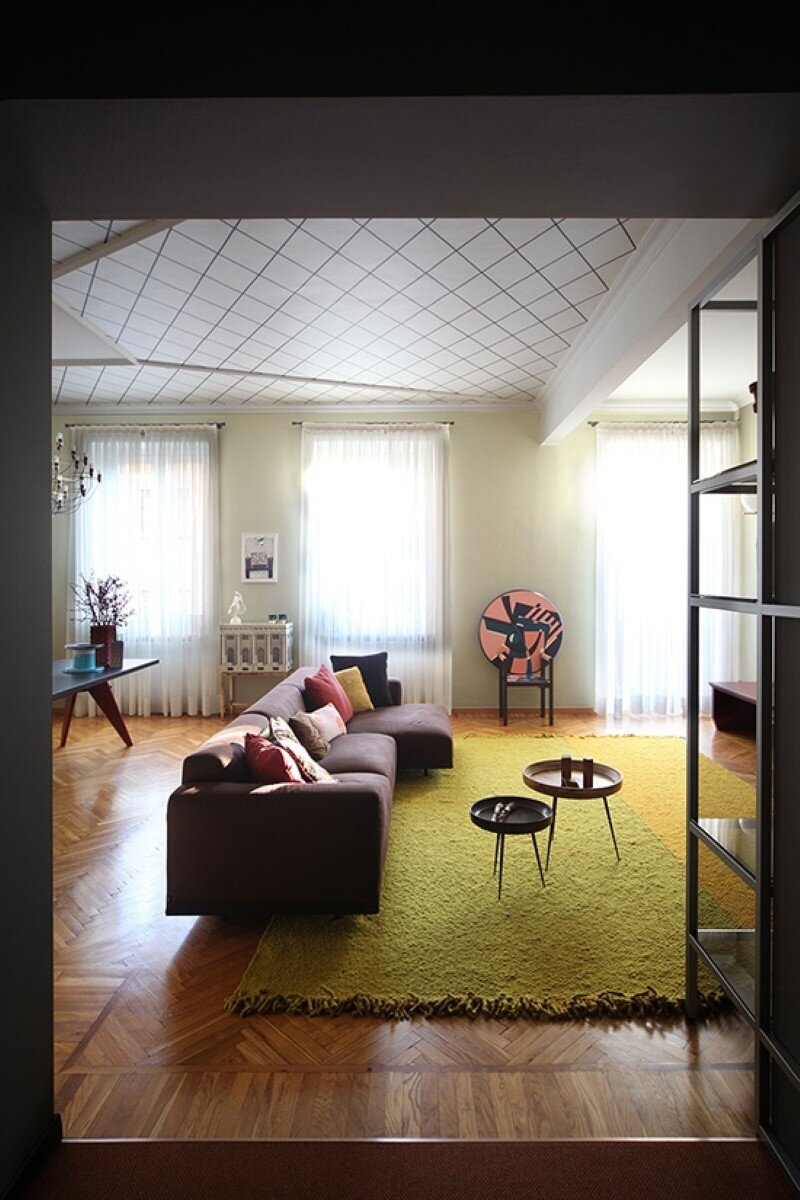 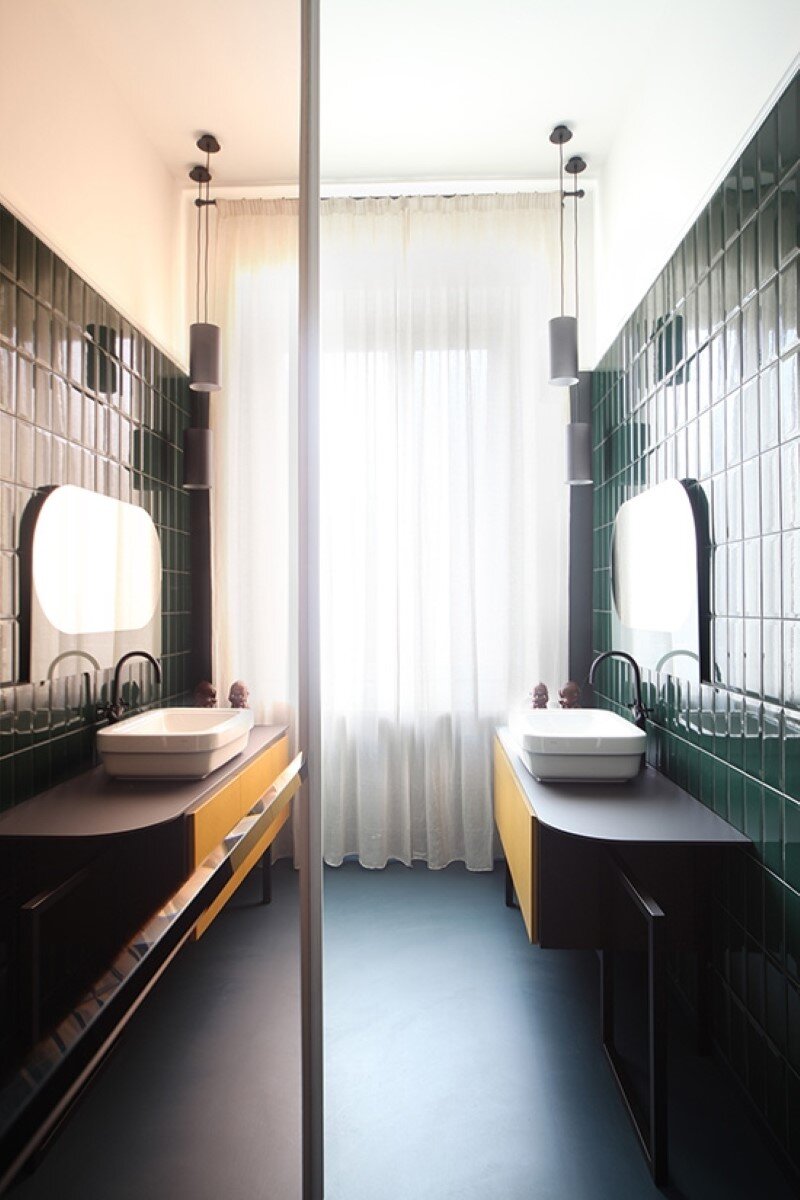 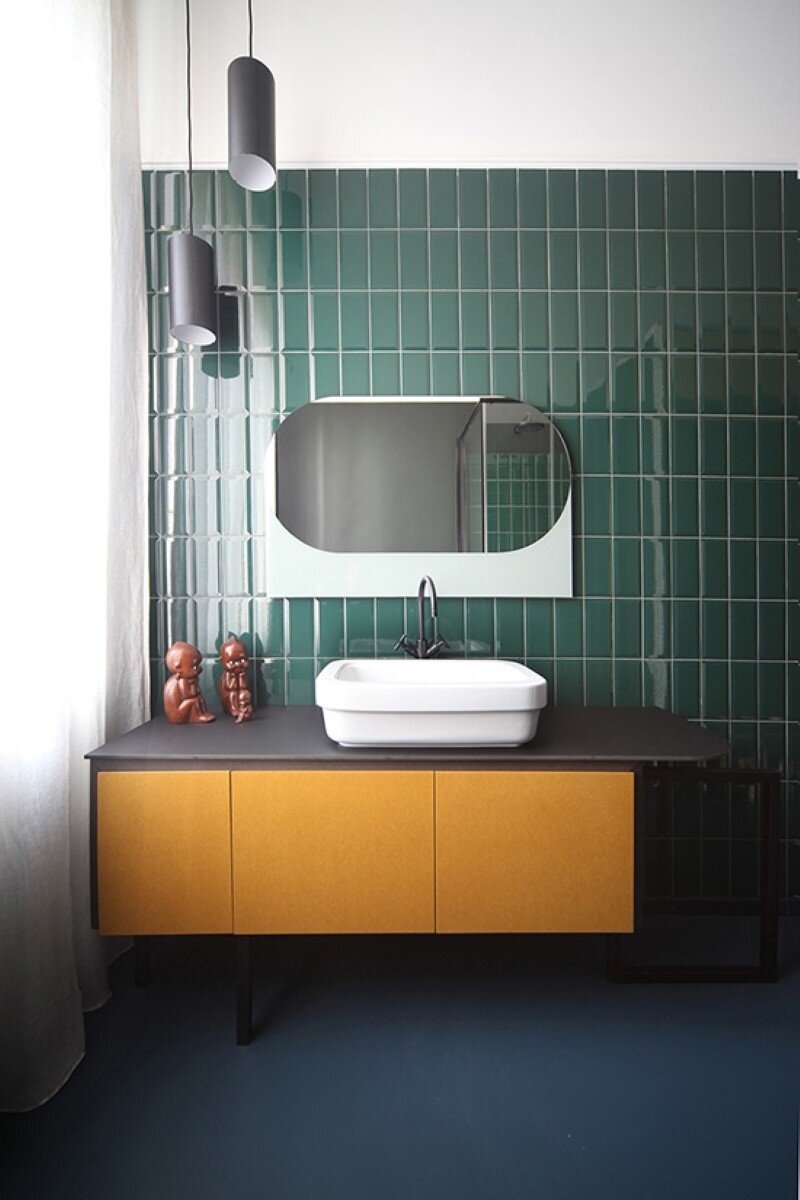 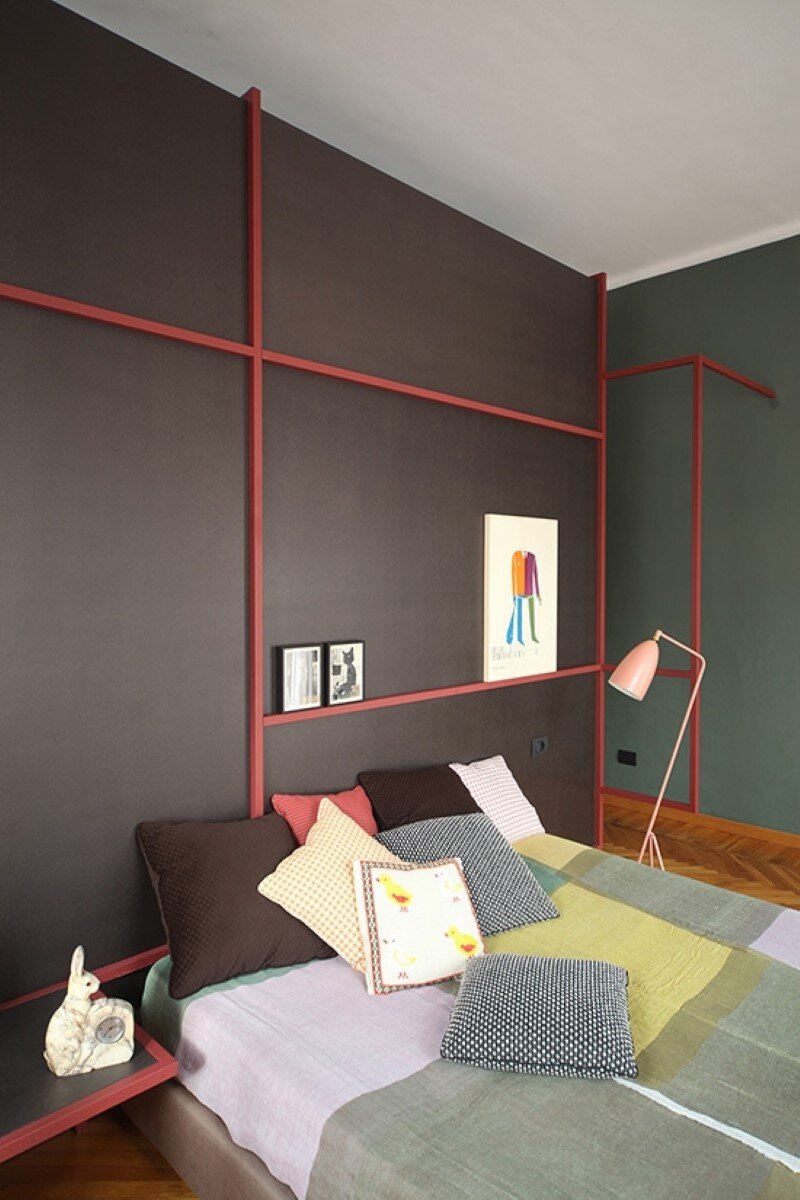 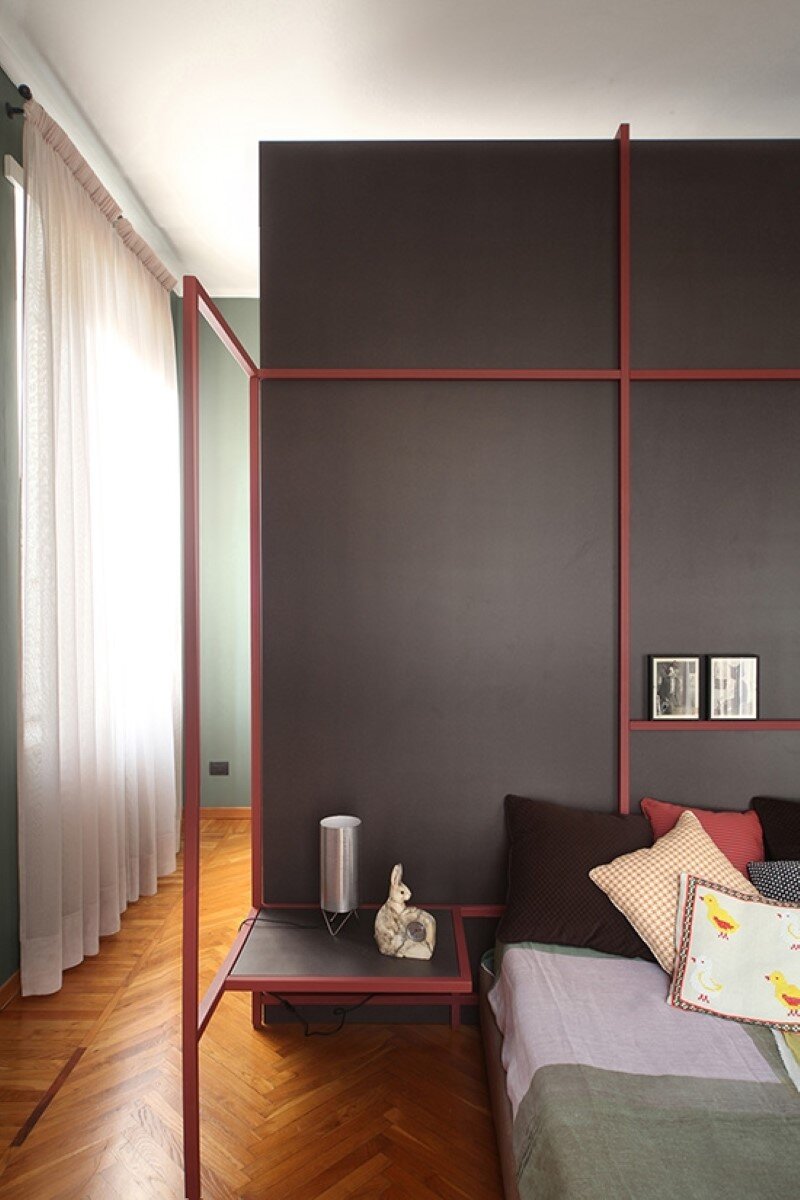 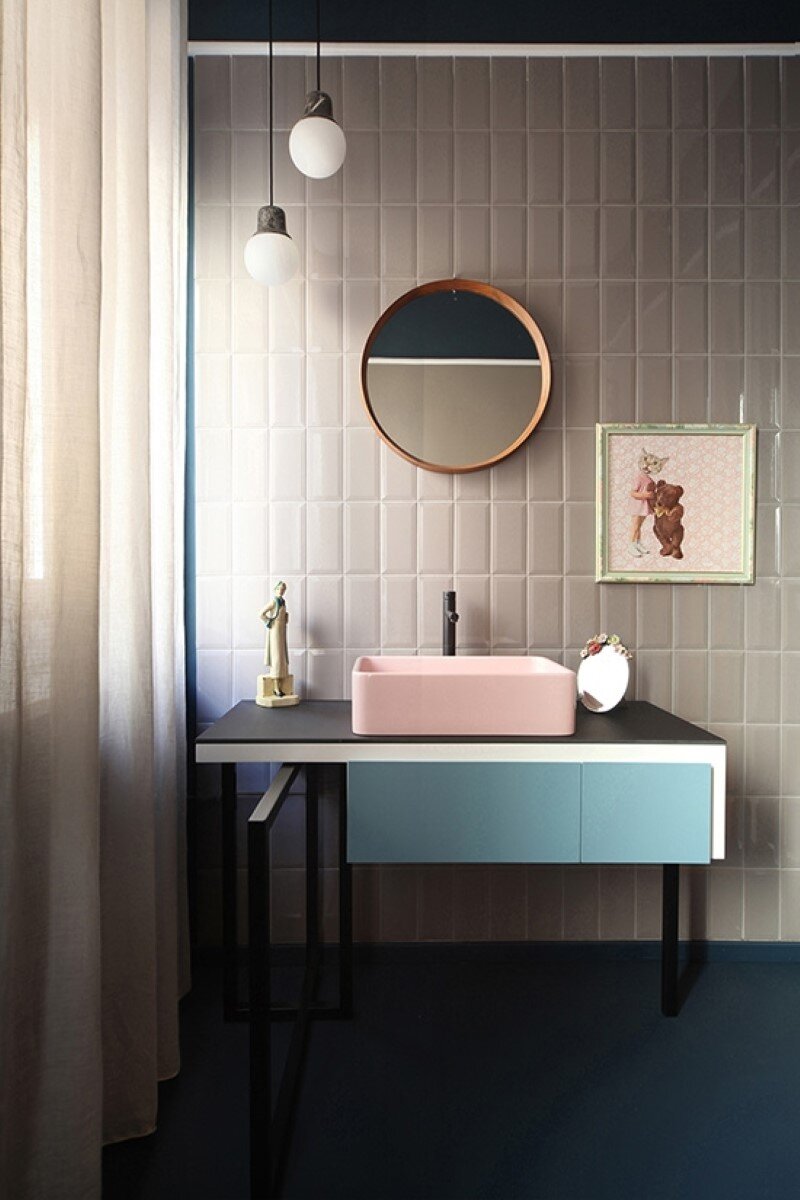 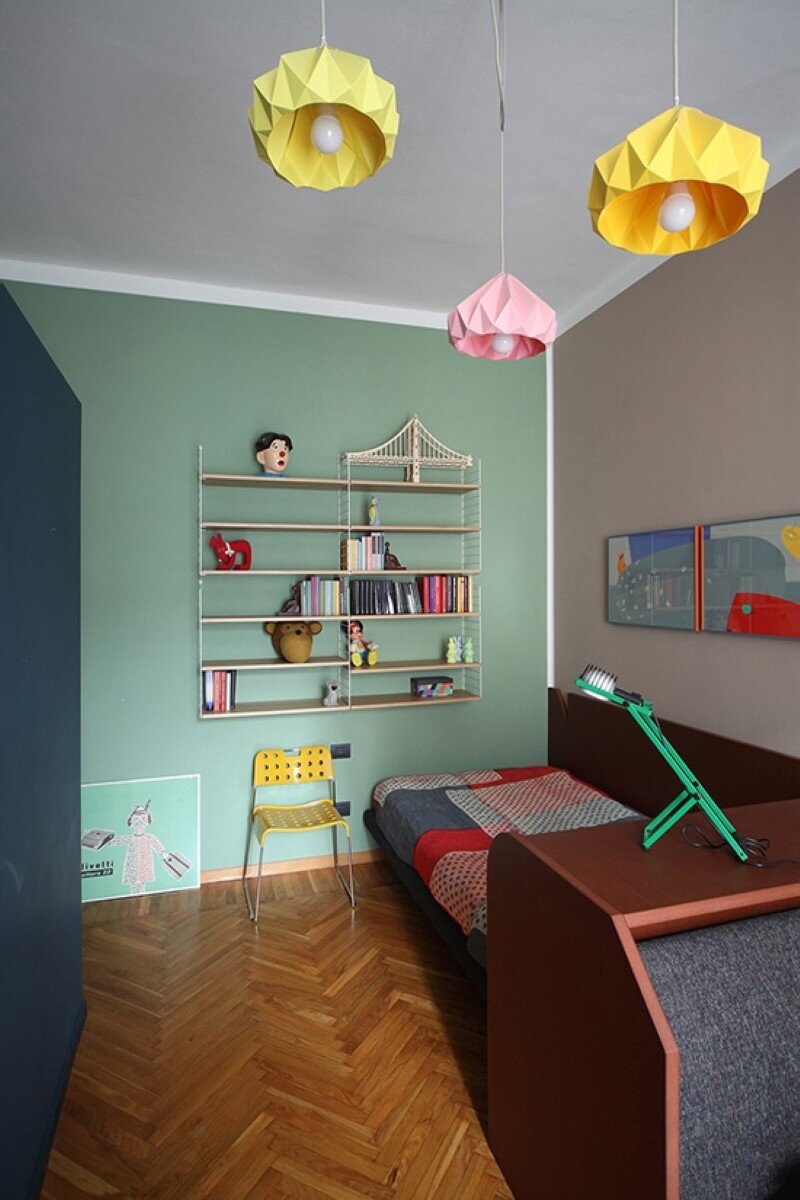 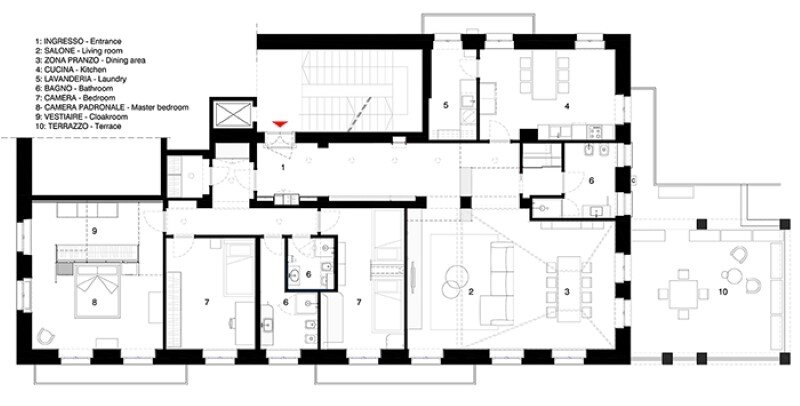 This " modern barn form " is a summer house designed by Red Architecture in Waikato, New Zealand. The clever and economical design consists of two black barn like structures made from simple materials that create a warm, functional, industrial style home.
Read more

These attractive interiors belong to a beautiful villa located in La Baule in the southern Brittany, France. On a background dominated by darker and...
Read more

To take advantage of the unobstructed views of Manhattan on three exposures in this Art Deco, industrial building as it stands freely at the foot of the open network of crossroads that feed the Holland Tunnel.
Read more

Classicism and innovation are combined and brought to you by this set of 5 pieces of furniture made by Mut Design studio for the...
Read more

This South Harbor house began with the merging of two, half acre, waterfront lots situated on a small cove in North Haven with sweeping views of Sag Harbor Cove, the village wharf and a small, salt water pond.
Read more

When Slack asked O+A to create its new multi-floor headquarters in San Francisco one design story presented itself immediately. Slack’s CEO Stewart Butterfield is an outdoorsman, a hiker who goes off grid every year and recharges in the various types of wilderness
Read more
Brett Boardman Photography

Conway Atkins House responds to the familiar requirements of a family home renovation: a new bedroom, refreshed kitchen and bathrooms, and a lounge and dining room. This pragmatic brief provides a platform for exploring the intersection between the assertive character of the old Art Deco house with contemporary Australian living.
Read more
CCY Architects

Old Pond Way Retreat is a modern family refuge inspired by a rugged, simply crafted cabin in the Morgedal region of Norway where the client’s family have been gathering since the 1950s to enjoy nature and build memories.
Read more
Contemporary Houses

Nestled on a magnificent radial lot surrounded by over 200 feet of water, the Enchanted Point Residence was conceived as an iconic, multilayered structure that embraces the water while creating a path through the different spaces of the home.
Read more
House Interior Design

Adam Kane Architects in collaboration with interior designer Barry Ludlow have designed Hardwood House, a cozy home with intended use as both dwelling and...
Read more
Audrey Hall Photography

Fishcreek Woods is a mountain guest house designed by JLF + Associates in Jackson, Wyoming. Project description: Off the beaten path, a modest house and a...
Read more