Aurora Arquitectos studio was founded in the year 2010 by Sofia Couto and Sérgio Antunes and is the natural consequence of the work they have been carrying out together, as well as the experience and legacy of studio Kaputt!. The subject of their work has been buildings in their most varied scales, from small dwellings to large cultural infrastructures, as well as urban master plans. Both members are trained architects, but based on the discipline’s method they have carried out projects in various areas on architecture’s outer edges.
Sérgio Antunes (Lisbon, 1977) Architect by the Lusíada University in Lisbon and by the Universitá della Svizzera Italiana- Accademia di Architettura, Mendrizio (2003).
Sofia Reis Couto (Porto, 1980) Architect by the Lusíada University in Lisbon.
http://aurora.com.pt/ 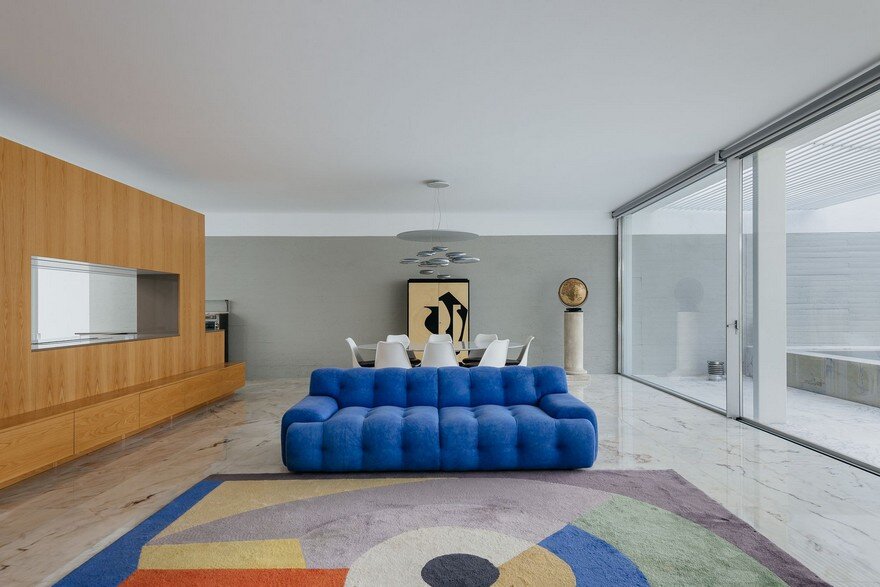 The challenge would then be to combine the overall design of the apartments simultaneously with the desire to have a garden and a view in his home. The private connection between the two floors is made by elevator, while the stairs are shared with the occupants of the middle floors. 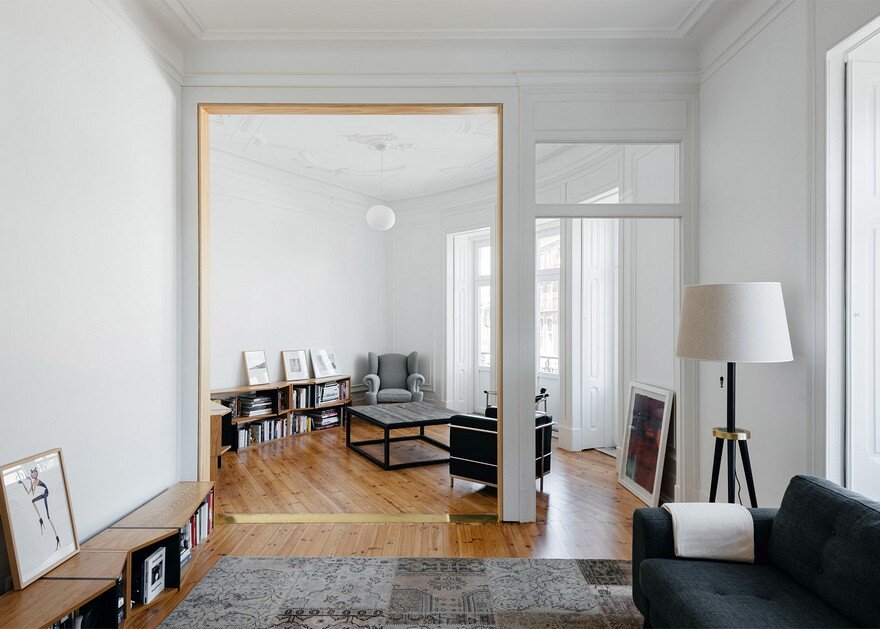 Reflectivity as concept, as much in its use in film or literature as in its appropriation by architecture, refers to that moment when the work suddenly draws focus onto itself as a construct, and as a fictional reality. Likewise, the intervention done in the Apartment Estrela reveals its own renovation logic, making the time-based and formal […]