Faulkner Architects was formed by Greg Faulkner in 1998 to pursue the development of highly crafted, site-sensitive spaces. Faulkner Architects is working on projects in the Pacific northwest from San Francisco to Canada and Hawaii. Greg Faulkner established our initial office in 1998 in Truckee, California. Darrell Linscott became a partner in 2005. We opened a second office in Berkeley, CA in 2007. Emphasis is placed on an interactive process between architect, client and builder through the duration of the project, that allows the inhabitants to be intimately involved with design. A strong commitment to the quality of every project is evident in the structures and professional relationships. Repeat projects for clients that become friends make up a third of the work at Faulkner Architects.

Evolution of the design into and through construction is an integral part of the process. Work begins with listening to the client and understanding their ultimate goals for the project. A measured response emerges after careful consideration and observation. The designs are affected by vernacular traditions drawn from the culture of the place in which the project is to be built. These traditions impart wisdom to materiality, formal massing and most importantly, provide an overriding common sense view of building in an appropriate way. 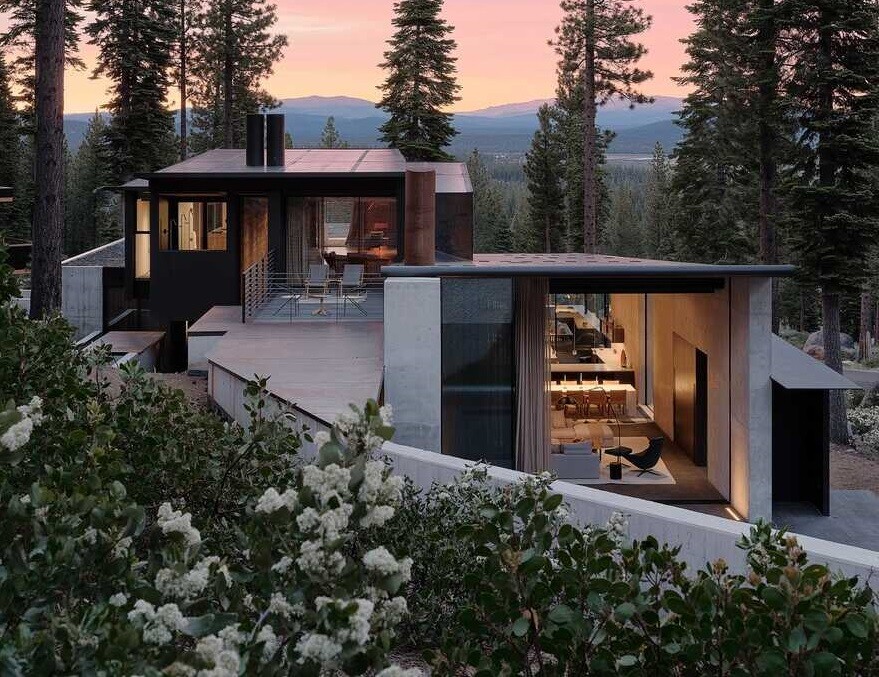 The building site had a significant influence on the design for the Lookout House. Layered with intense geologic history at the base of a three-million-year-old volcano, the site is a north-facing 20-degree slope with equal parts refuge and prospect at 6,300 feet above mean sea level. 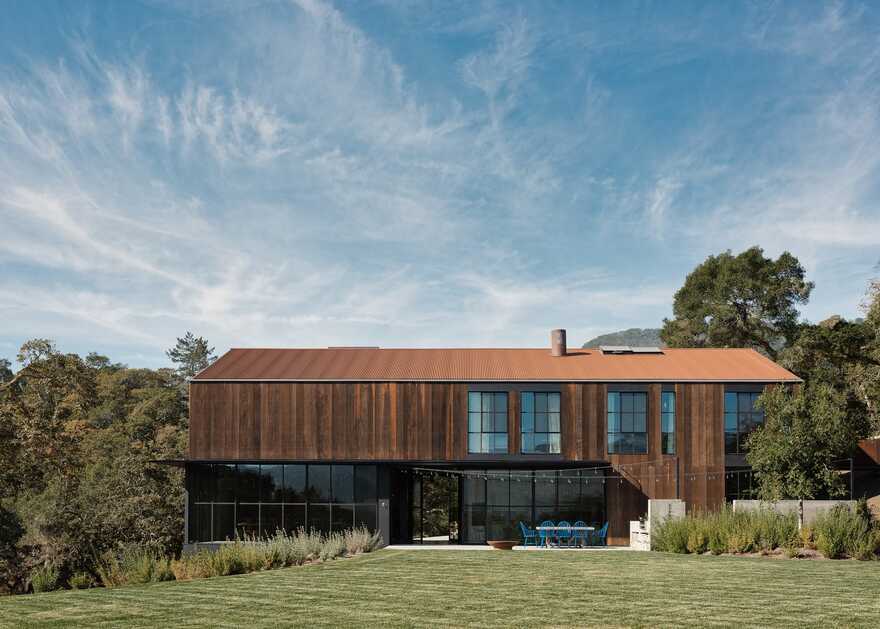 A San Francisco family of four asked us to create a retreat from their urban lifestyle, reusing the footprint of an existing 1950s ranch house in Glen Ellen, California, while building in a consistent way with the area’s rolling hills and agricultural structures. 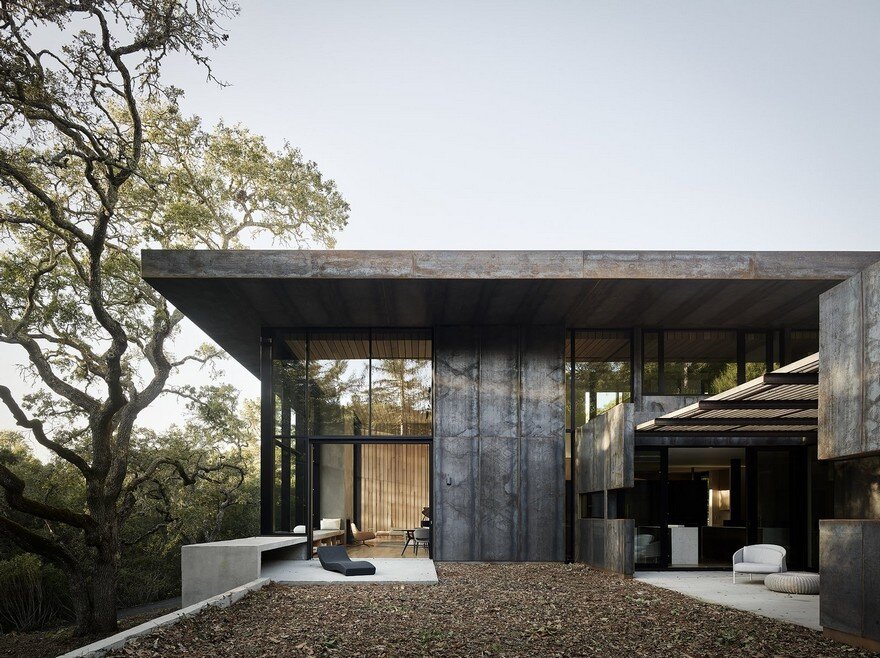 The home, which recently won an AIACC Honor Award, is located on an ex-urban infill site that covers almost eight acres of a Bay Area suburb at the base of the Oakland Hills, draped in rich green foliage and native oak trees. 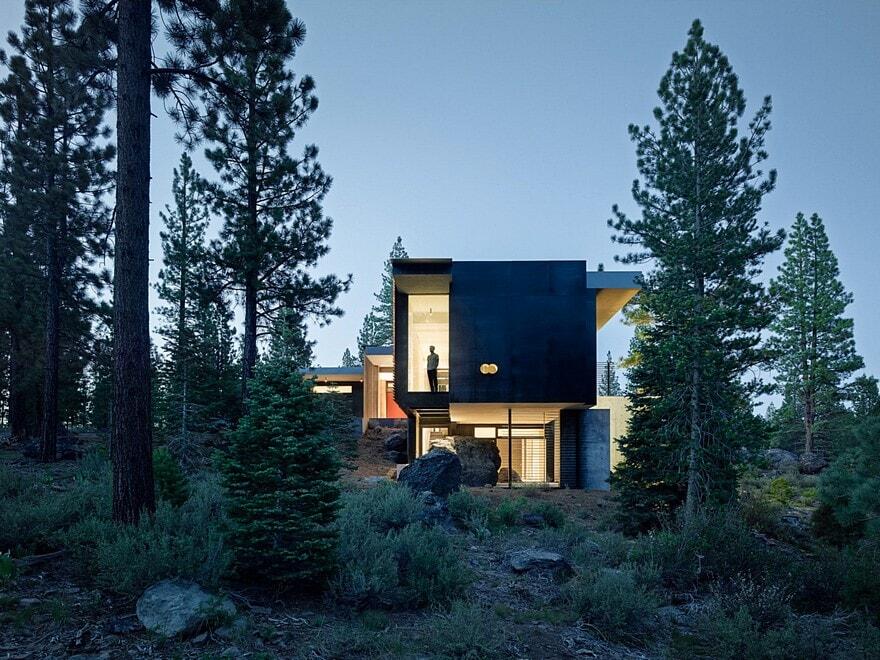 Truckee, California’s Benvenuto House was designed by Faulkner Architects for a New York–based client. The Eastern tradition and background of the Client finds influence in the material finish qualities of the house. Aspiring to descriptions of shade, shadow and dimness by Junichiro-Tanizaki in his essay, In Praise of Shadows, alcoves of darkness transition to sunlit […] 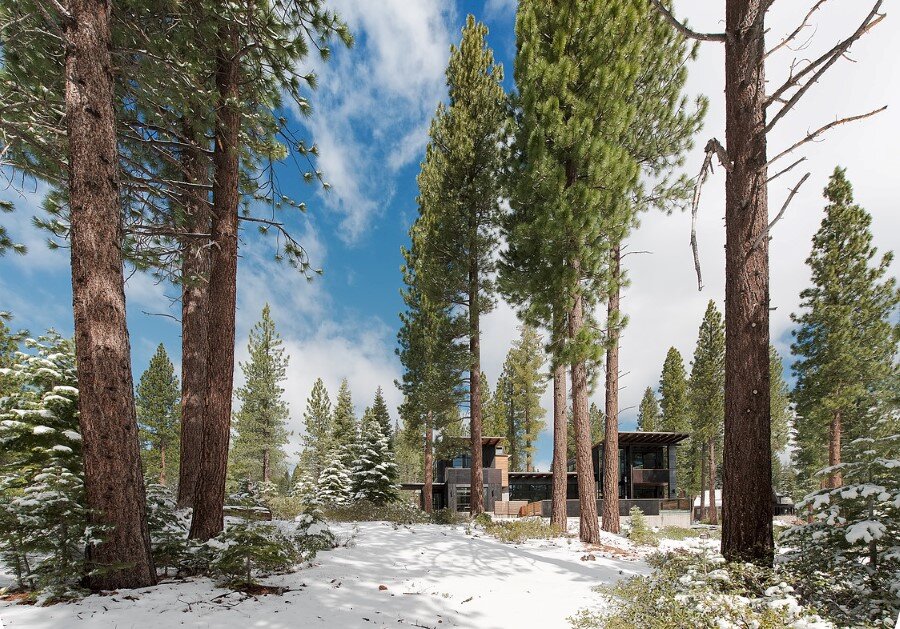 Located in Northstar California resort, Martis Camp 141 is a vacation home designed by Faulkner Architects. Description by Faulkner Architects: The owners of this family holiday gathering place requested transparency through the house to the ski runs of Lookout Mountain at Northstar California. Mirrored courtyards are connected through a floor to ceiling glazed, open living […]