Our architecture reveals the extraordinary opportunities that exist in the ordinary. Employing a creative process that deeply considers practical issues of design, we examine how materials, space, and light create places that resonate and engage. Our award-winning work ranges from residential projects to religious and educational facilities.

Murray Legge is a graduate of the Cooper Union School of Architecture in New York City. His professional achievements include receiving the 2006 AIA Austin Young Architectural Professional Award as well as more than 20 design awards, including two national AIA awards and the Chicago Athenaeum American Architecture Award. Winner of the prestigious Lyceum Fellowship, he was also twice a finalist in Van Alen Institute competitions, including the Paris Prize. His work has appeared in numerous magazines and newspapers, and he is currently a lecturer at the University of Texas at Austin, where he has also been a visiting critic.

Murray is also a co-founder of Legge Lewis Legge, an interdisciplinary collaborative, based in Austin and New York . With a focus on large-scale installations, public art and landscape design, Legge Lewis Legge has been widely recognized including receiving the 2010 Austin Art in Public Places Community Arts Award. The studio received an honorable mention in the international design competition for the Flight 93 memorial and was a finalist in the Boston Logan Airport 9/11 memorial competition. Legge Lewis Legge also recently completed a public urban landscape in Boston through grants from the National Parks Service and the City of Boston. 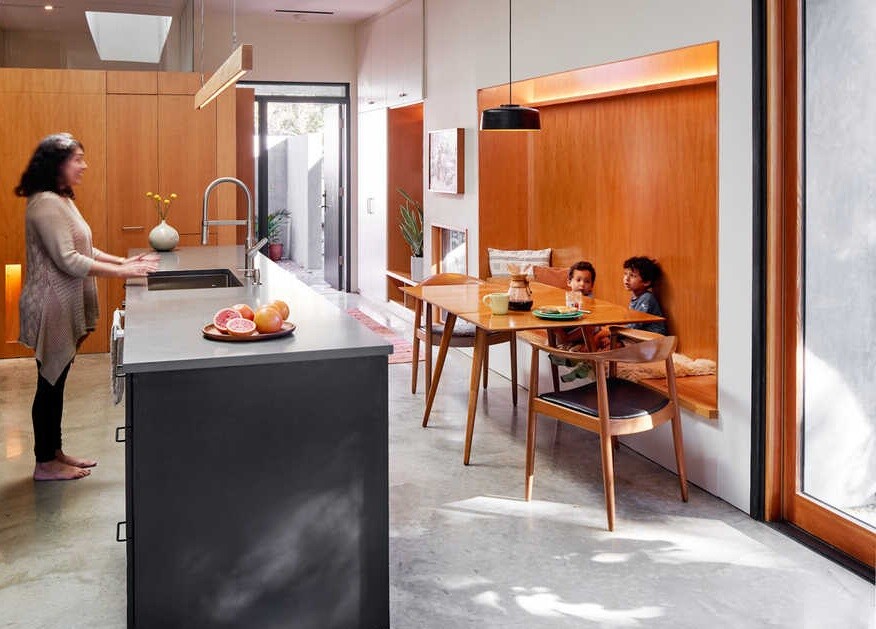 This project began with two families purchasing a large Central Austin property and subdividing it into two narrow lots to build new homes on – we were hired to design one of the homes.