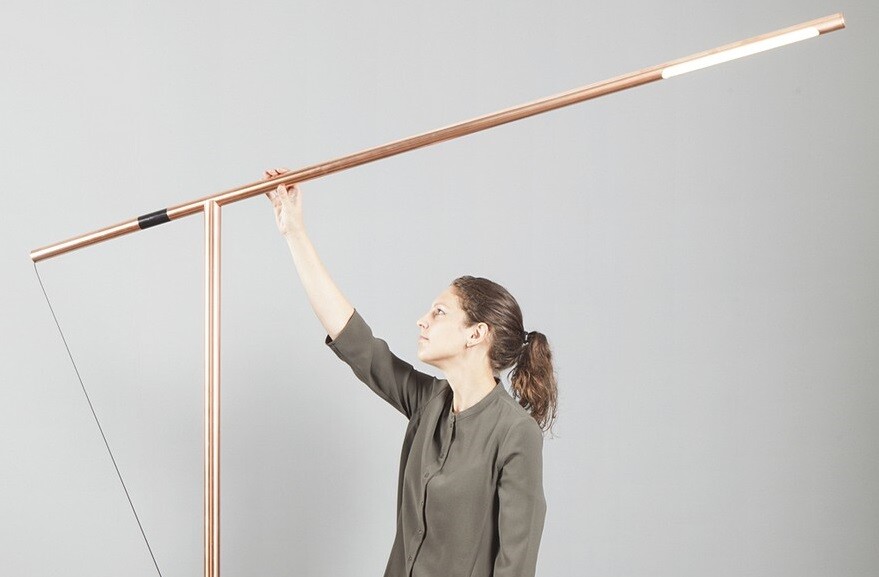 Balance XXL is a large version of the Balance light commissioned by Popup Concepts in Beirut, Lebanon. Studio Mieke Meijer developed it after exhibiting the small Balance light during the Beirut Design Week as part of the NExAR exhibition.

The Objet Élevé, and is made of oak and steel, being ordered for the designer’s home. The lower half of the ladder is used as storage space and shelves, all being part of a desk.