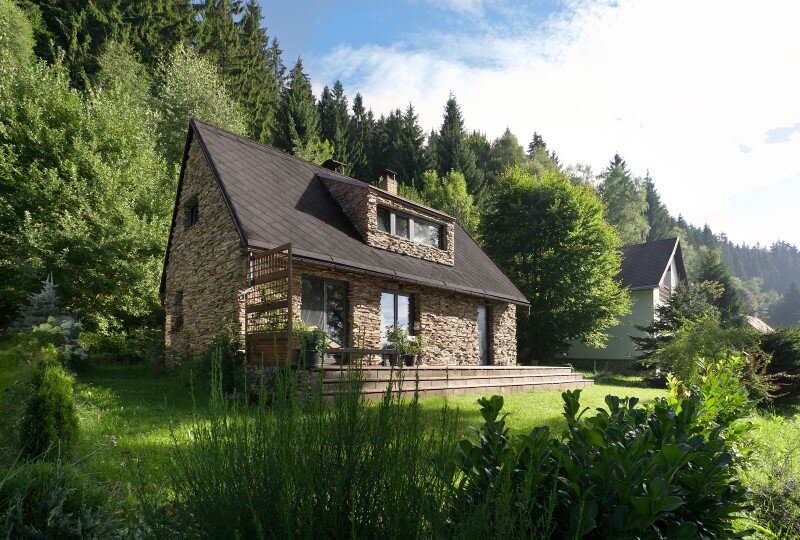 Located in South Bohemia, this summerhouse was completed in December 2014 by Czech studio B2 Architecture.

A young couple has purchased a lot in a resort area of Lipno. The lot was located in the woods of the local foothills. An old summer-house, that had been built on the lot in the 80s, needed to be turned into a primary residence for this young couple. They both love the outdoors and wanted to be closer to the nature around. The main goal of the house’s redesign was to keep its simple form and to create a connection between the nature outside and the interior. 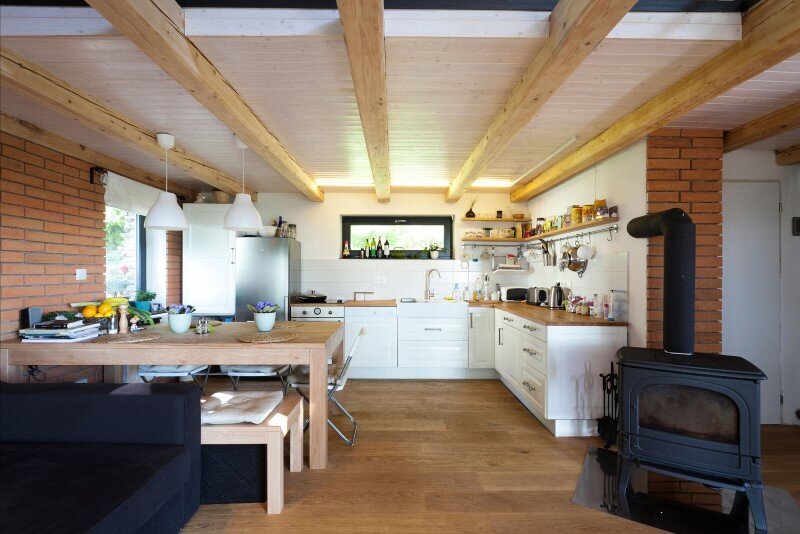 The only parts of the original summer-house kept in the remodeling were the roof, and some segments of the enclosure walls. The side of the house facing south has been opened to views of the nearby lake. The outer walls of the house are now finished with natural slate. 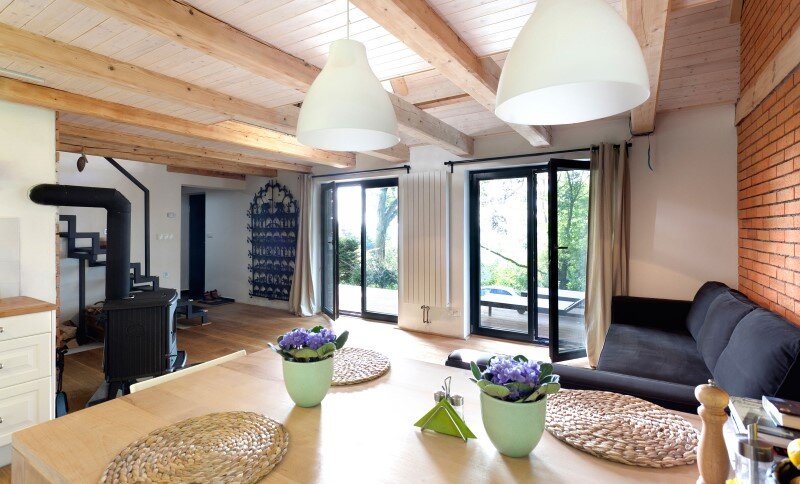 Windows are designed to give maximum light and to offer beautiful panoramic views of the house’s surroundings. When fully open, the windows on the first floor conjoin the living room with the terrace creating a big open living space. These windows can also be covered with folding wooden shutters for protection. Different materials raging from stone, brick, metal, and wood were used to create the final touches throughout the open loft interior space of the house. For more visit B2 Architecture 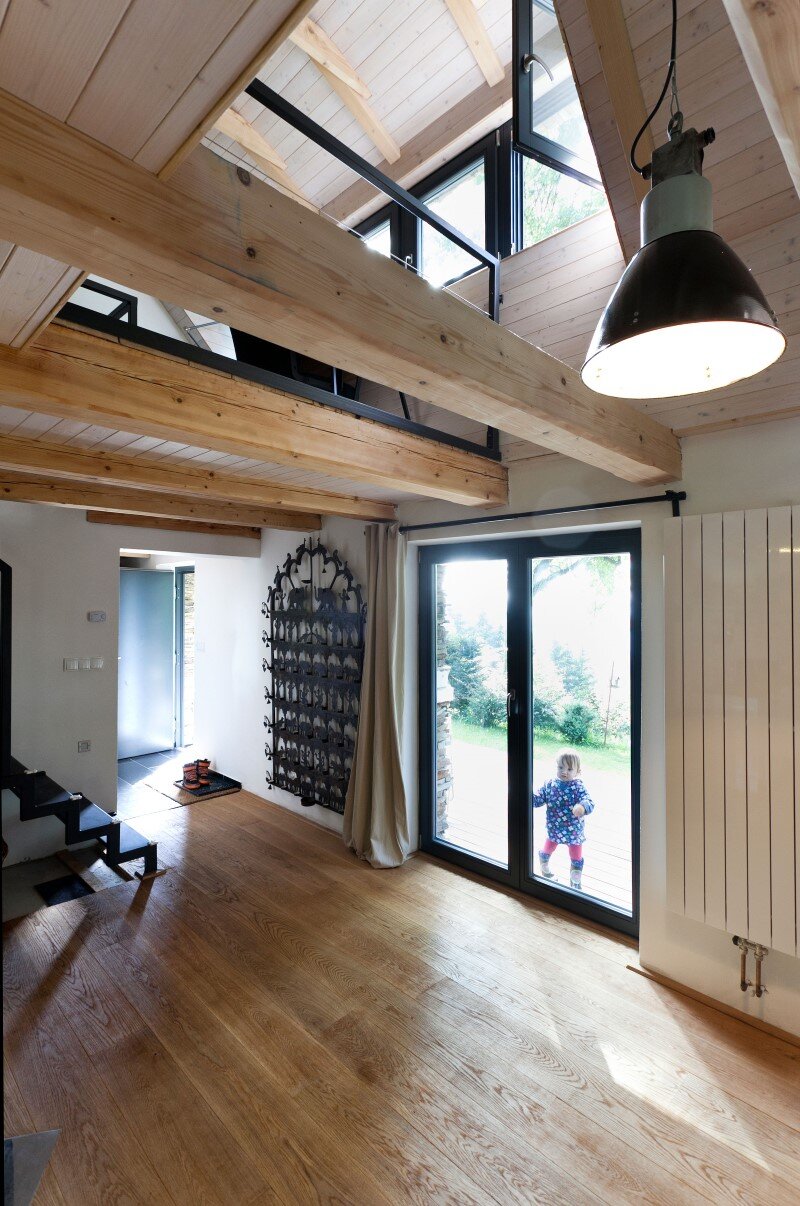 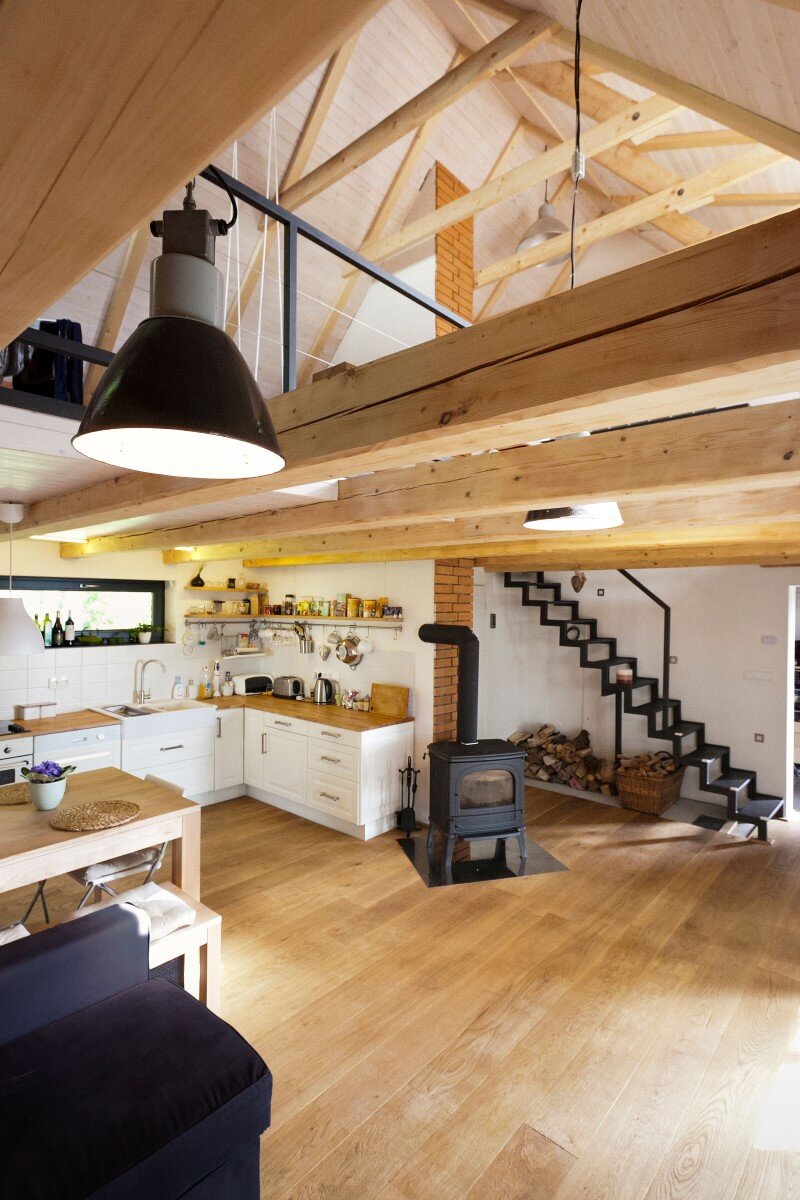 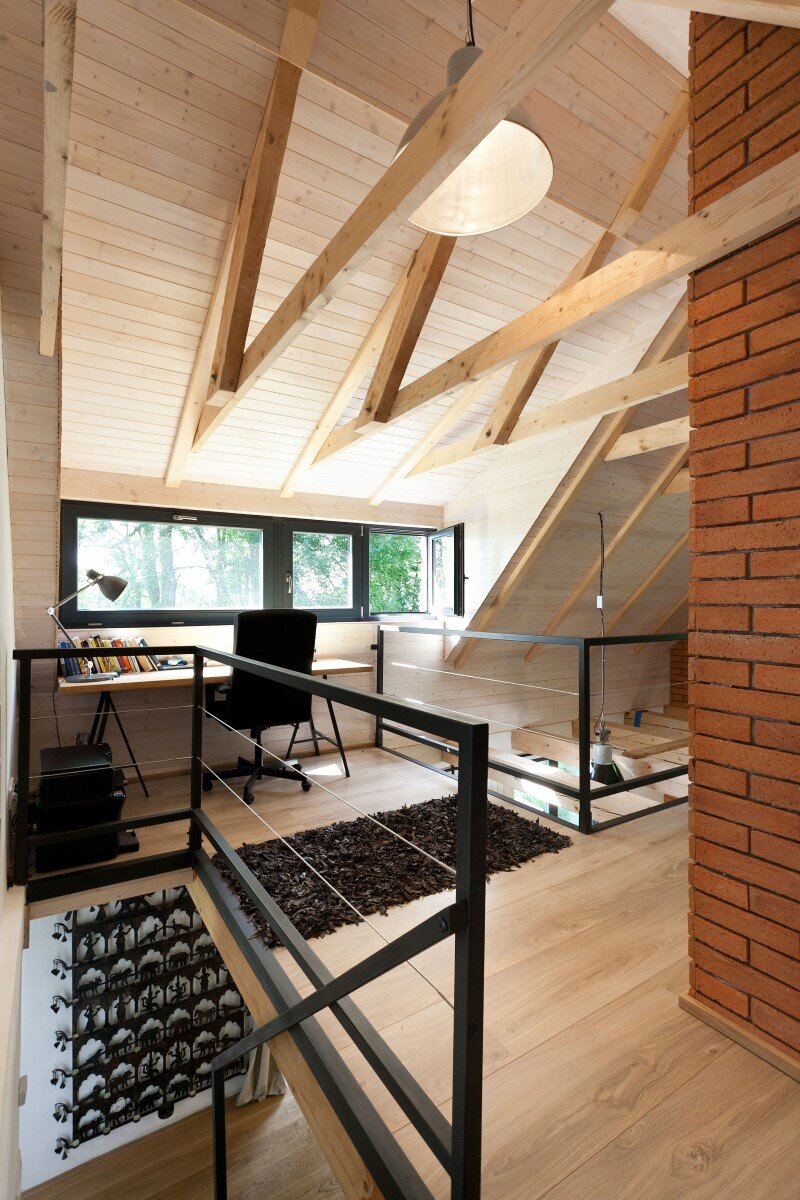 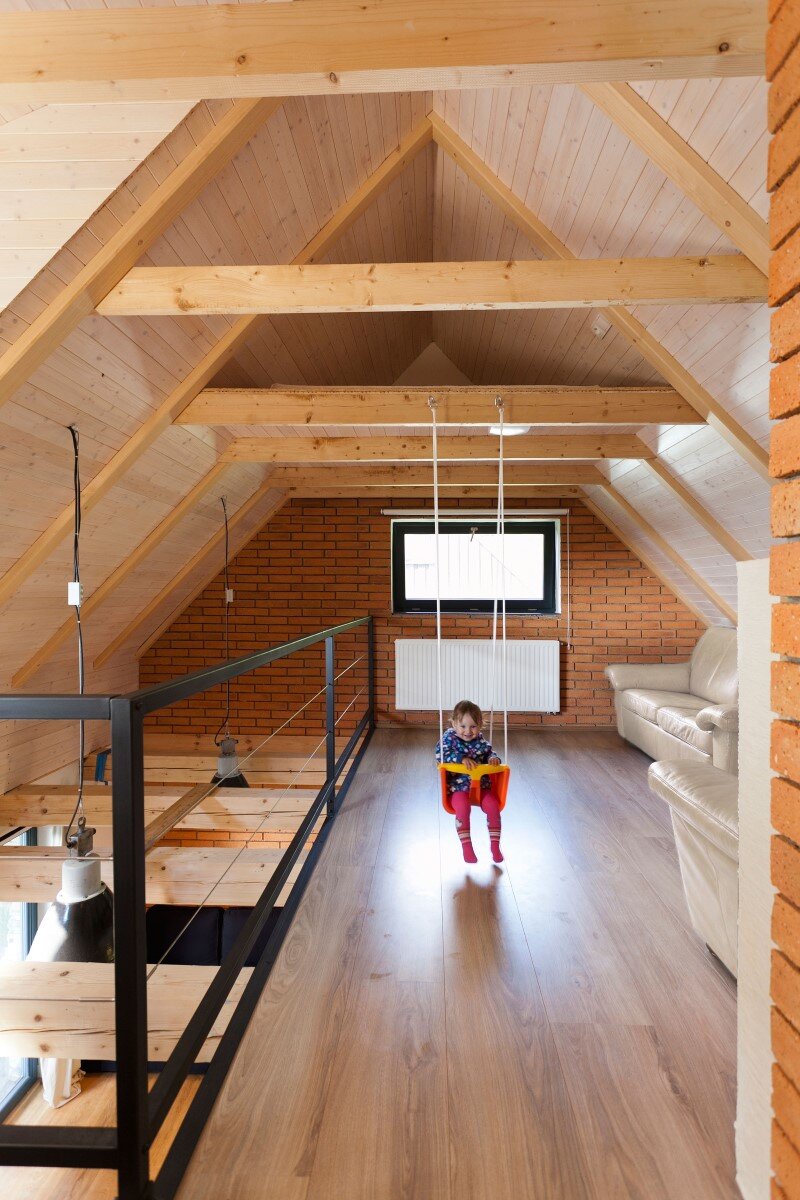 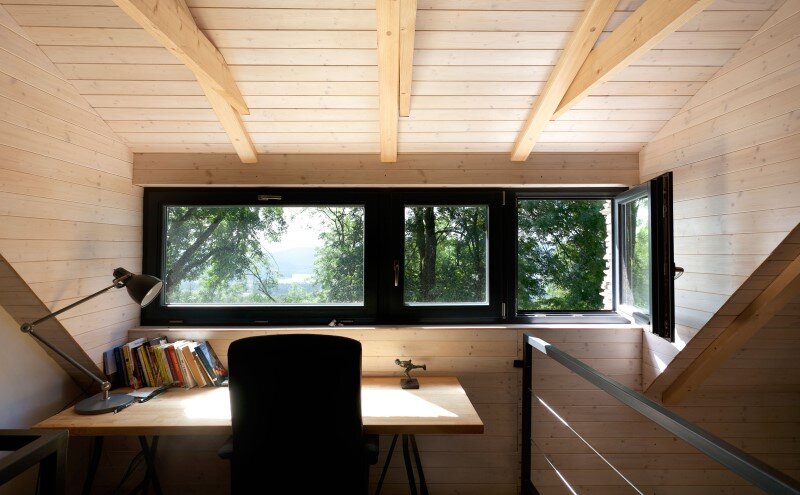 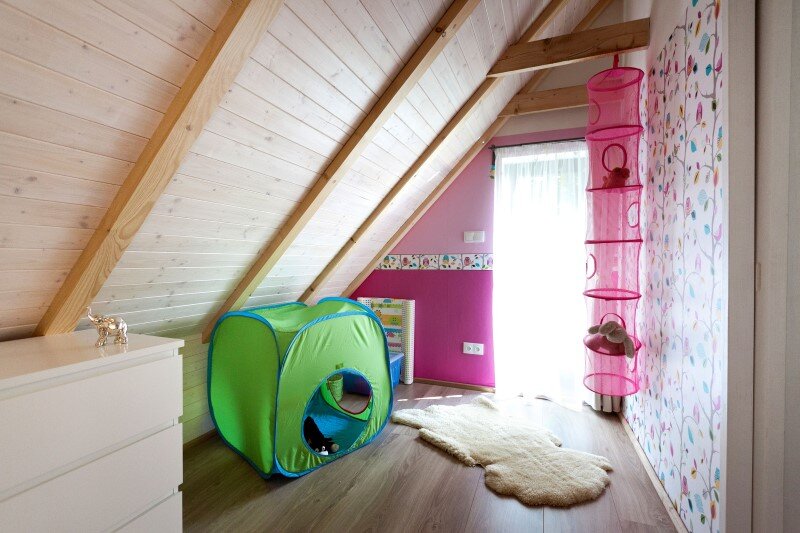 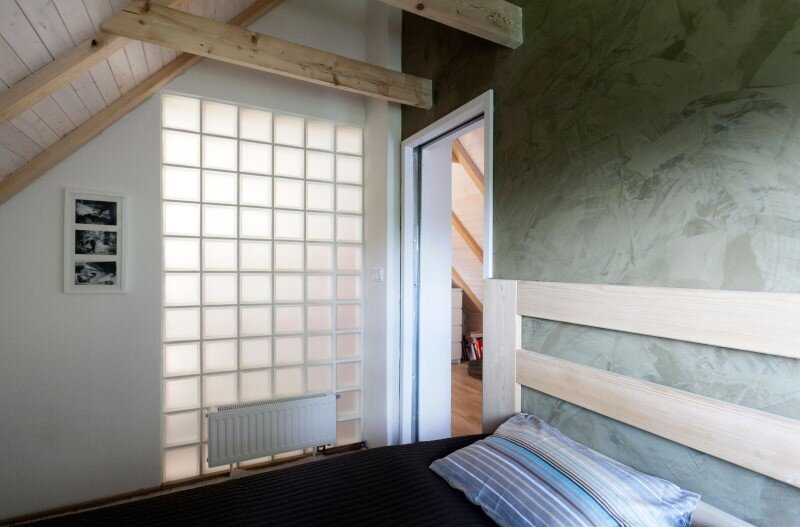 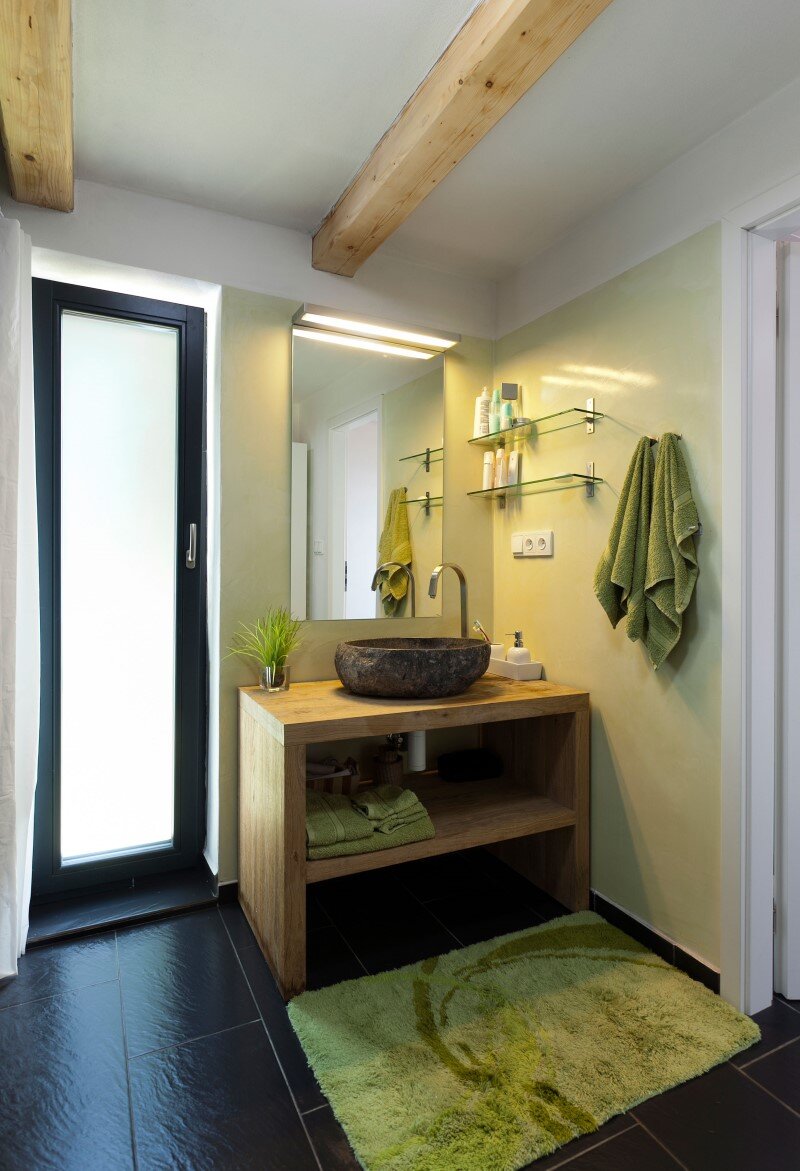 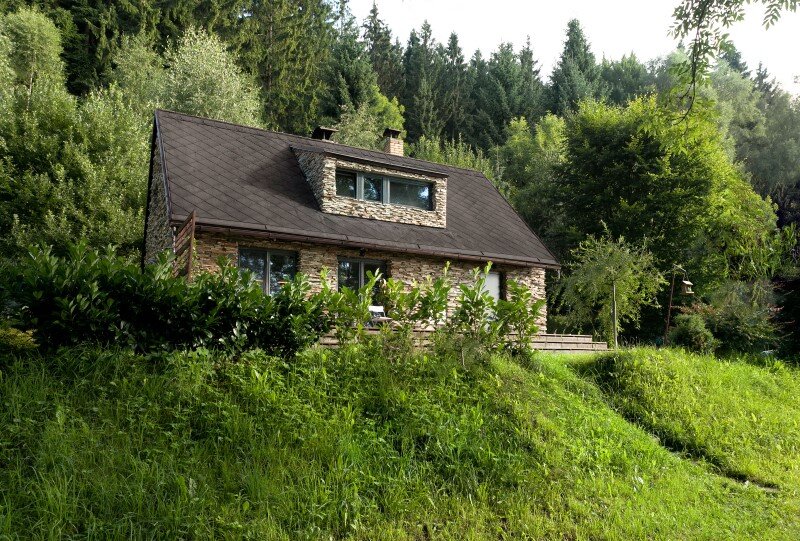 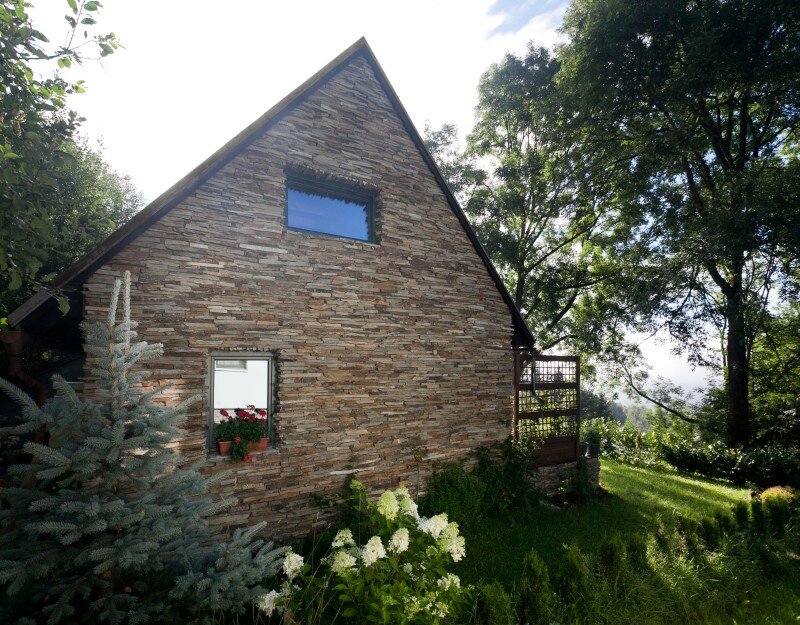 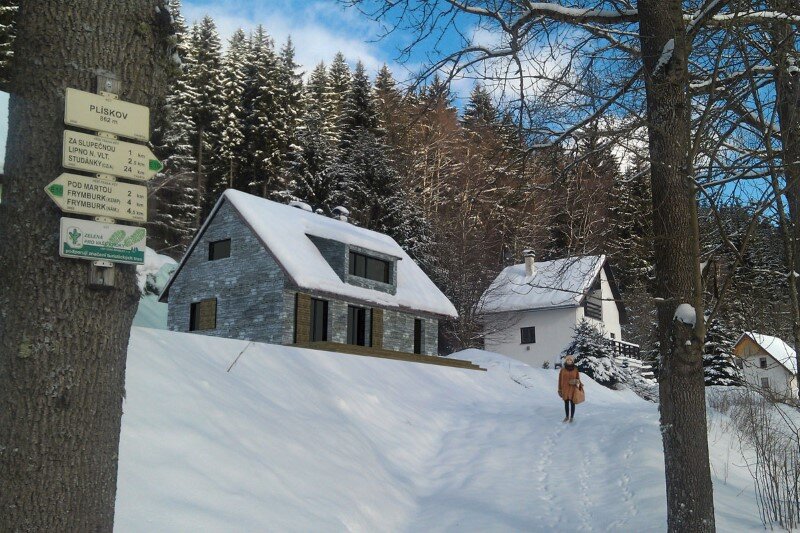 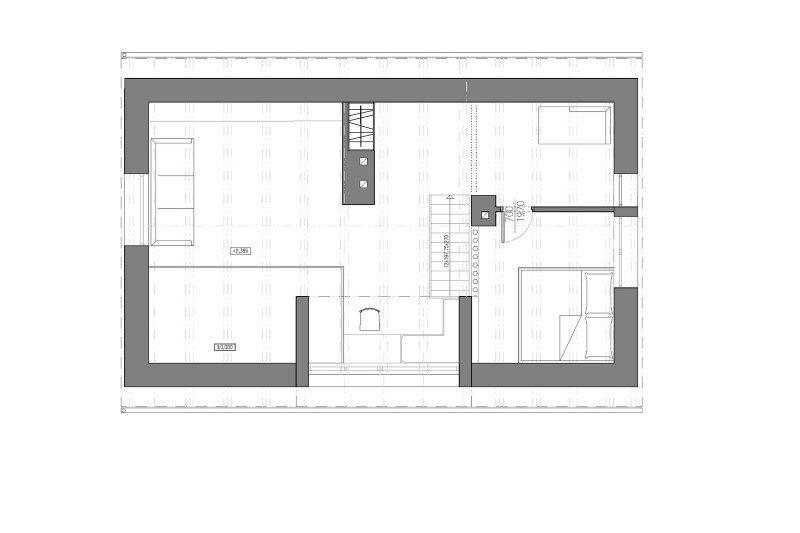 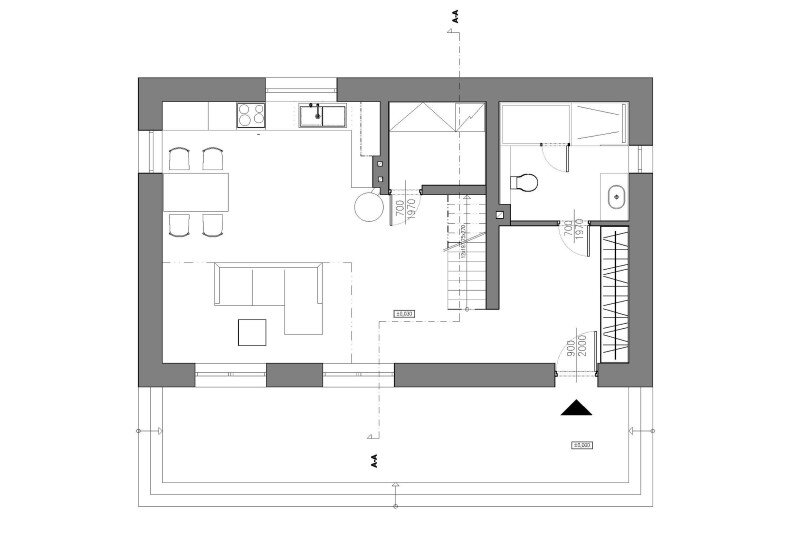 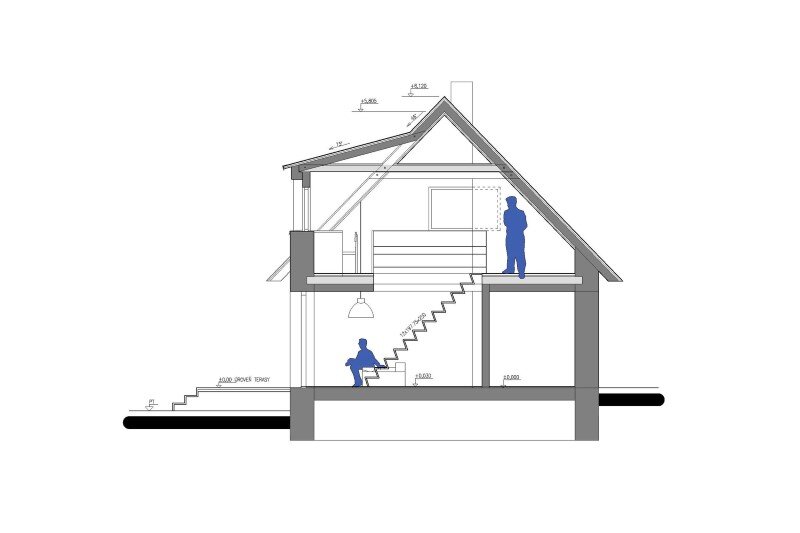