Simon Devitt ( b.1973) born on the front step of a country courthouse. He is based in Auckland, New Zealand. His practice focus is Architecture. As part of his photography practice Simon travels extensively throughout Australasia and further afield. 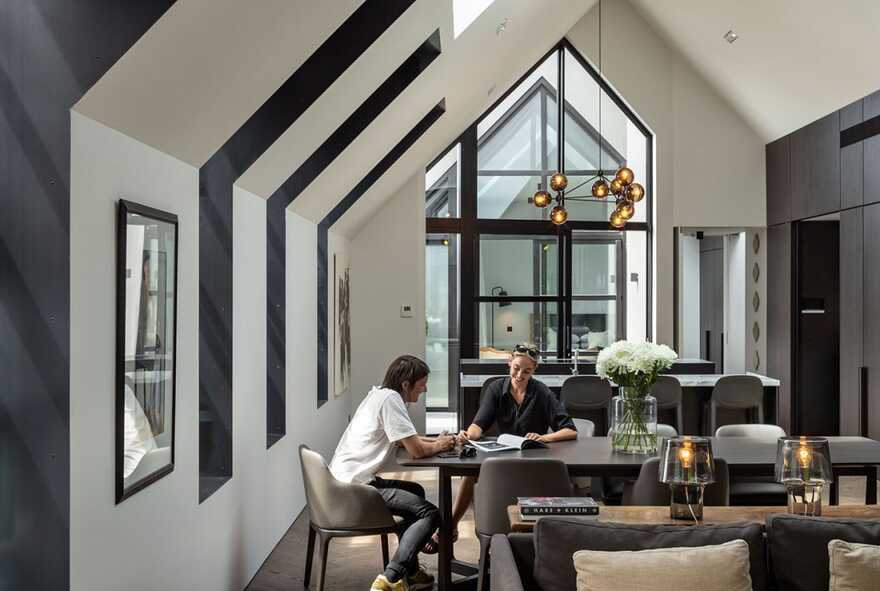 The Park Terrace House is located on the north-eastern edge of Hagley Park, bordering the western fringe of the Christchurch city, the new home occupies the front half of a long narrow site, with a future dwelling proposed for the rear. 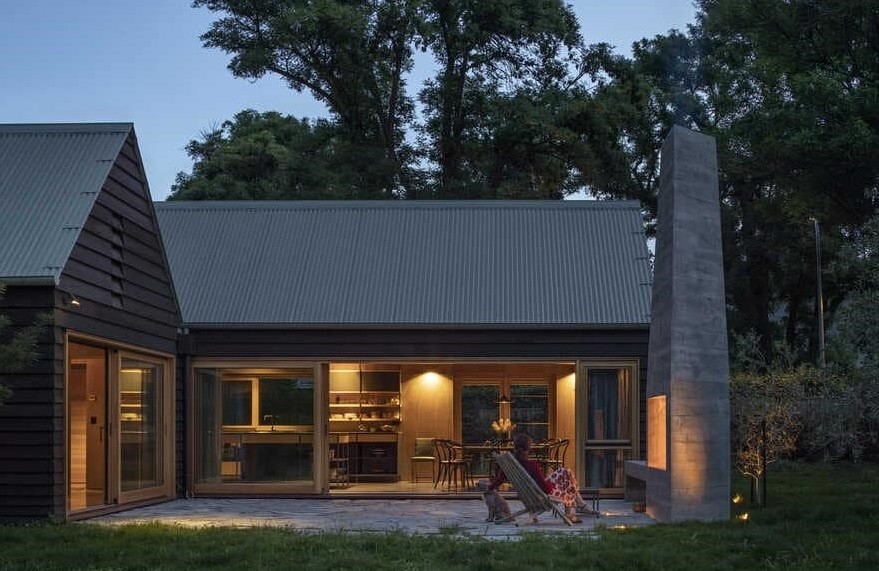 In a wood lined field, near Wanaka’s lake edge, the Wanaka Crib is composed of two gables and a chisel roof slipping past one another to make three enclosed courtyards. Each courtyard creates a specific relationship with the interior. 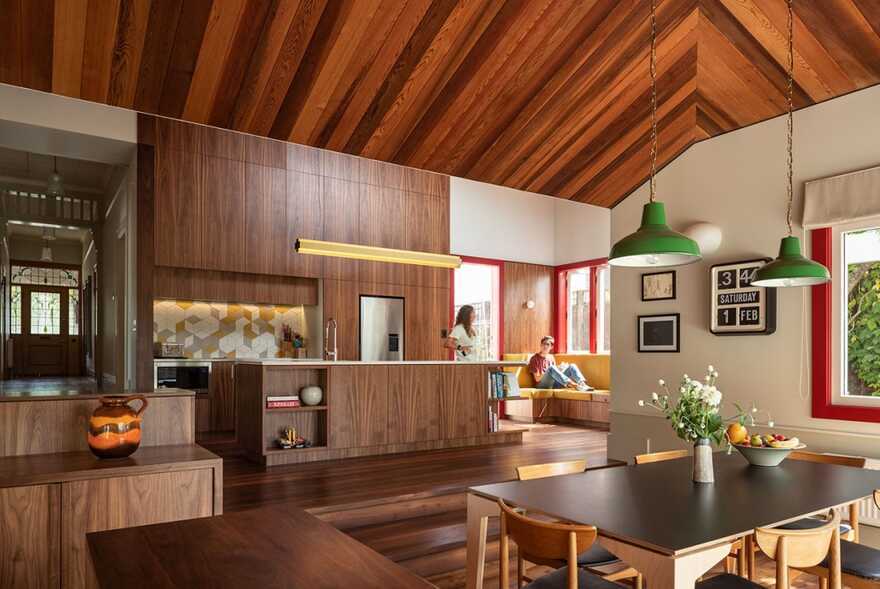 Split Villa is a renovation to a villa in the Auckland suburb of Sandringham. The project involved the design of a new addition that steps gradually through three split levels down to create an easy connection from the living spaces to the landscape. 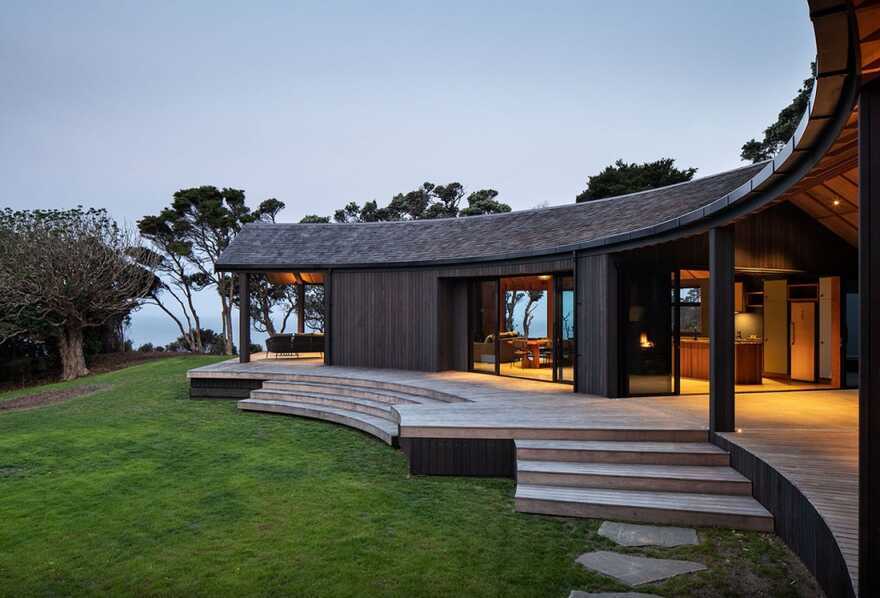 Belinda George was enchanted by her client’s emotional connection with the site and took inspiration from his childhood memories in his brief. Her response was a semi-circle design, which embraces the view and encourages social engagement. 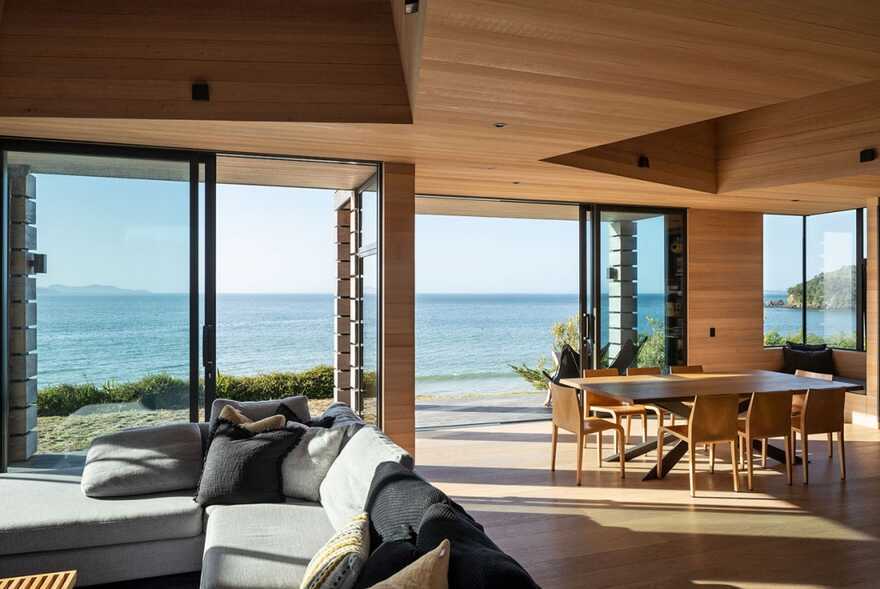 The Light Mine house is an exploration of strong sculptural forms referencing the mine shafts of the long-abandoned gold mines within the surrounds of the once wealthy historical gold mining town. 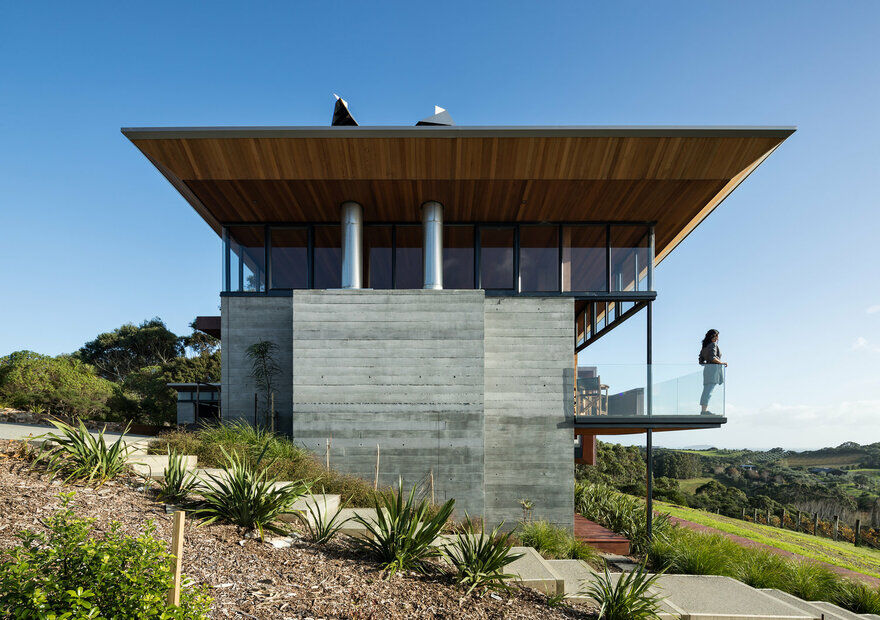 Ideally sited just below a ridgeline, with panoramic views stretching southeast from Oneroa Bay, to Hakaimango Point and the Hauraki Gulf beyond, the Tiri House was designed to take advantage of the views without sacrificing protection and refuge from the elements.